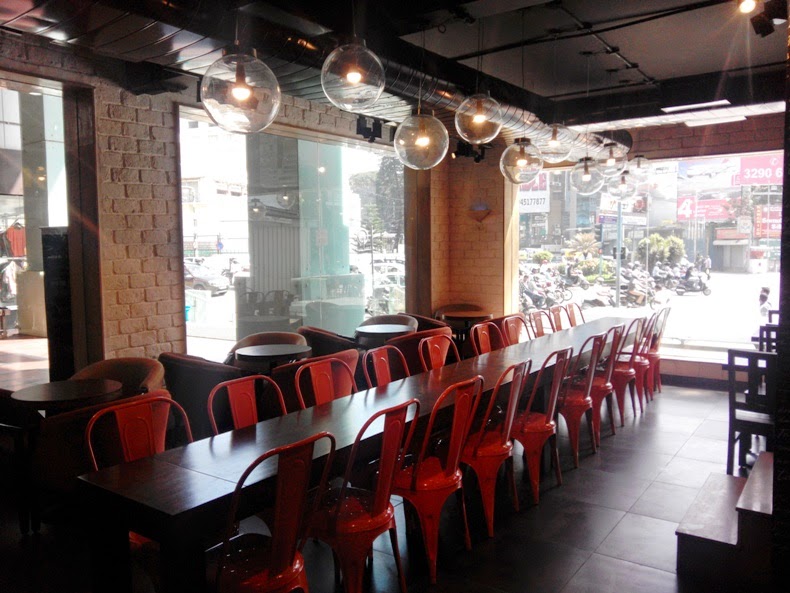 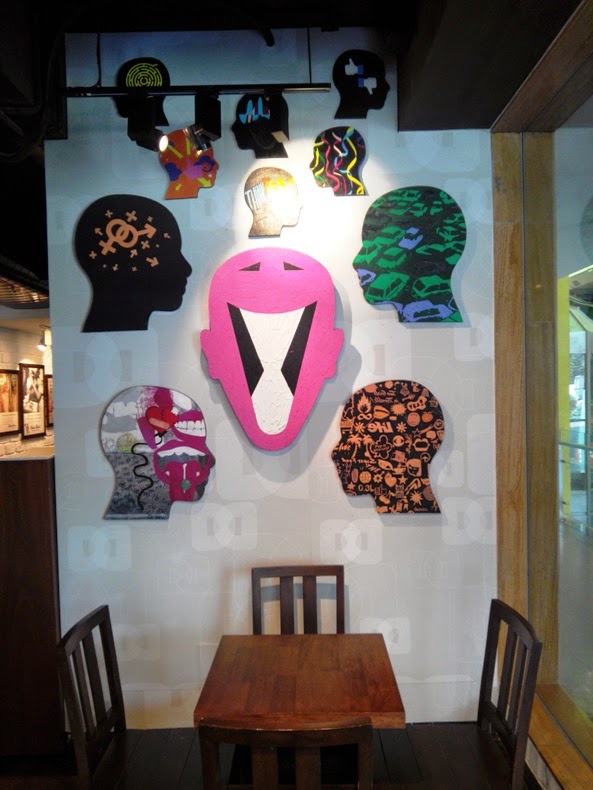 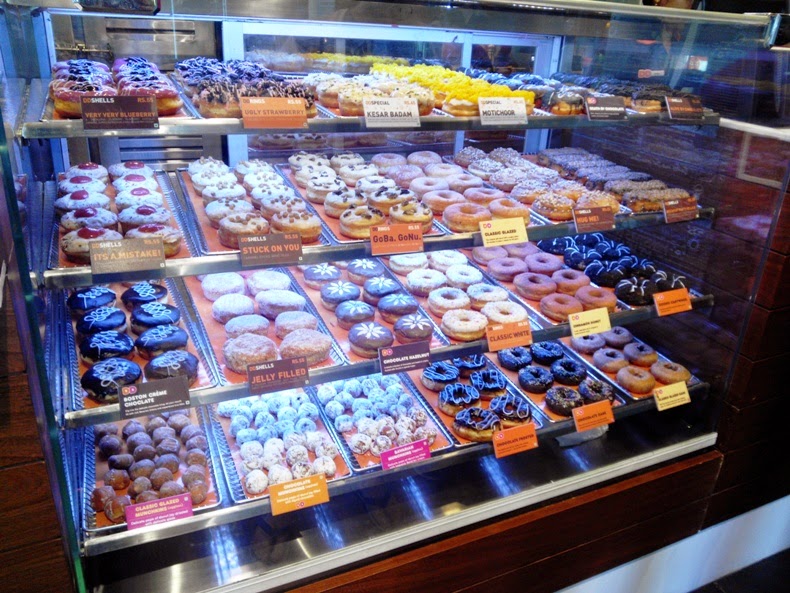 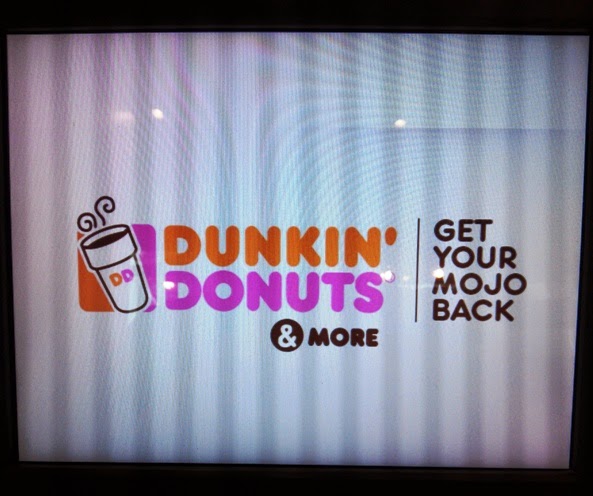 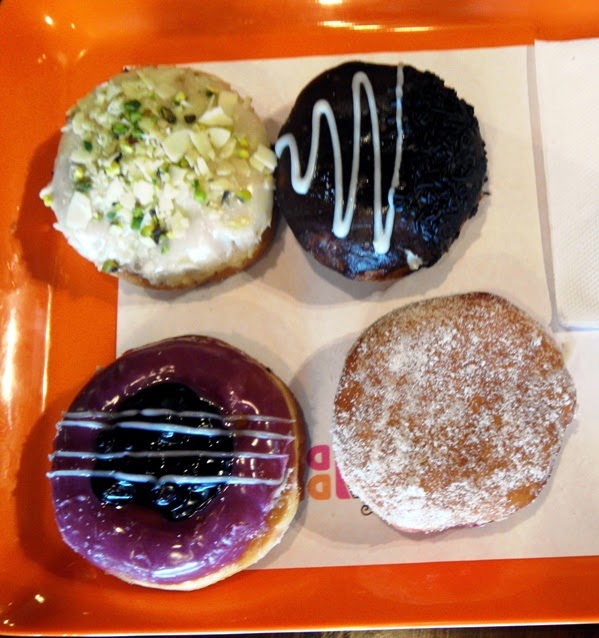 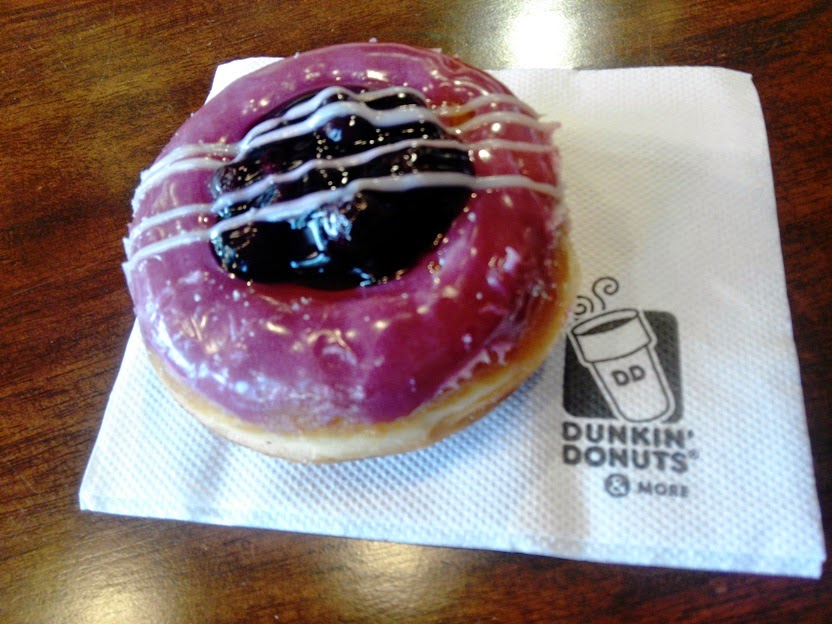 We were walking along Brigade Road after a good breakfast which was followed by an hour of meeting when we spotted Dunkin Donuts signboard outside Mota Royal Arcade [ yes, that mall at the end of Brigade road]. A colleague travelling along asked if we wanted to go have a donut and that is how we ended up at DD in Bangalore on a cool Tuesday morning.


I chose a double berry donut [ if you know me, you would have known what I would pick], while the others went for chocolate and other flavours. They had quite a range, but what surprised me was the ambiance. There were funky furniture all around, royal red chairs, a long wooden table with orange chairs and few others as well, and then there were the pillars which were filled with quotes [giving it a black board look] and the quirky masks on the wall.  One colleague chose the Kesar pista which was a simple glaze donut with plenty of slivers of pista on top.


Another aspect I was surprised by was that the Donuts were quite reasonably priced, between Rs50 – Rs60. You get to pick from simple glazed donuts to those with toppings, filling and much more.. Apart from these, they also serve a range of hot & cold beverages, bites, burgers,and sandwiches.

We enjoyed our donuts, some oozing with filling while others had a thick glaze on them and made our way to the Hotel down the road.

Even though the donuts were good, I still prefer the ones from Donut House!! Have tried Krispy Kreme and Mad over donuts as well.