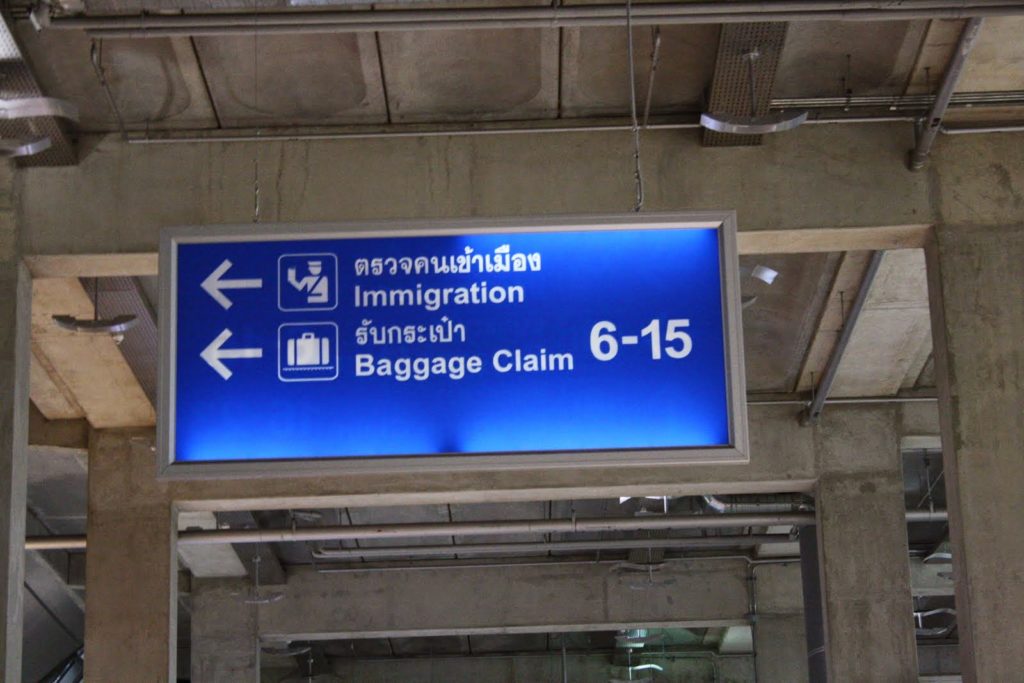 Once the destination was decided, it was all about getting details
sorted out for the Visa, picking up some foreign currency and finally
putting a few things in the suitcase before hitting the road.

For
Bangkok, visa is available in two formats- one you can get online visa
and the other is Visa on arrival. It costs about 1000  [regular queue]
or 1200[fast track line] Baht if you are doing Visa on arrival.  I opted
for this module and so went ahead downloaded the form from the net. It
said I needed a photograph to be affixed on it which meant I had to get
the photograph done ahead of time [ oh and in case you forget, there is a
booth near the visa counter for instant photos]… While I was at it, I
managed to exchange some money as well.

Once we landed in
Bangkok, we walked into the airport and saw a sign that said Immigration
and visa with an arrow pointing to the left.. We went around the corner
& were overwhelmed with what we saw. There were a million [yes I am
exaggerating, but there were more than 200 ppl] milling around the
area. Could not find a single person to help/give us guidance, we took
place and stood in line. But I kept going round and round trying to find
someone who could help and finally a lady told us that this was for
people with Foreign passport and visa stamped already, but Visa on
arrival was in another area down the lobby.

I took the cue and walked down the corridor to the area that said “Visa on arrival”,
found a small crowd there. Stood in the line and it took me about 10
mins in total. The 1st person in the counter took my
documents+photo+money and passport, gave me a token and asked me to go
around where another lady took the token and gave me back my papers, I
was then asked to stand in another line where a person sitting at the
desk went through the documents and passport once again before stamping
the visa on it.. Phew! I was done! Beyond this counter were the baggage
collection conveyors. I was nearly the 6th and had to go all the way to
the 15th to pick up our bags. All this while, my friend continued to
stand in line with the millions around her and it took her a good 40mins
to be done with it. By this time, I was done with the bags[found 2 of
the 3 bags, went around the conveyor a few times trying to find her
other bag, gave up and decided to wait for her].

It was nearly
an hour by the time we walked out of the airport. Oh and while she did
currency conversion, she was given a local sim but with no money in it.
We had to visit one of the many counters outside to top it up [ the
ladies in those booths were so rude, we dint understand what they said,
they dint understand us… sigh…]

And there waited out ride, to
take us to the hotel…. A  Merc C class no less had been booked for
our journey to the hotel- it came with a chirpy driver, a cool box that
had wet cold towels, cold water bottles and wifi… All this did not
come cheap, it costed us 2200Baht.. *gulp*… 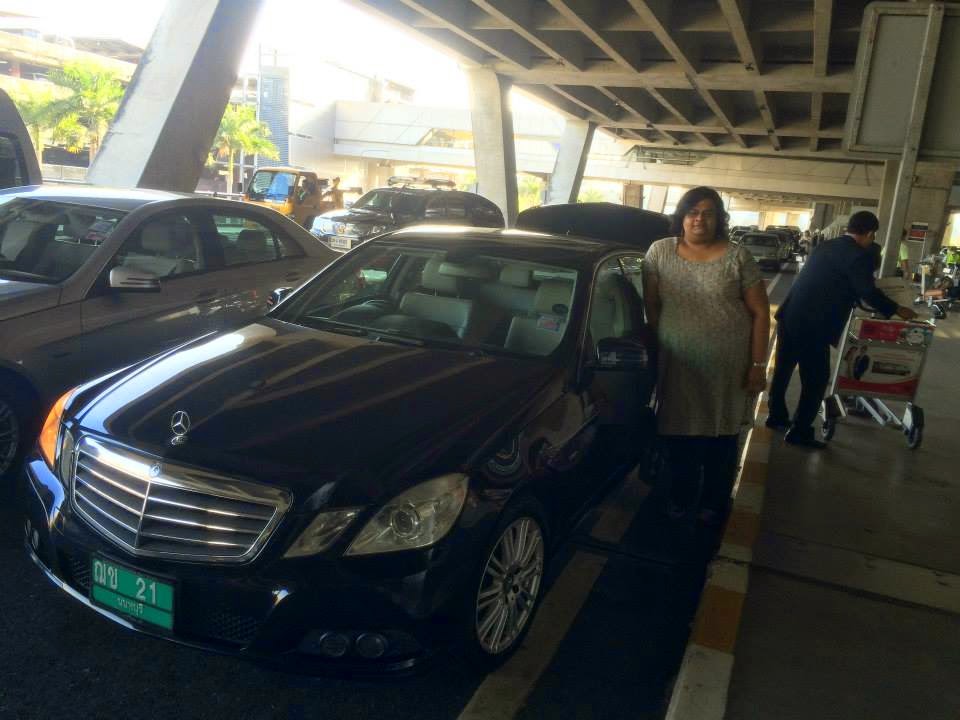