We had just stepped out of Wat Pho and were quite hungry.. We walked around the place trying to find a cafe or a eating joint, and finally spotted a row of street vendors and decided to give them a shot.
The 1st guy was selling non veg, my friend chose what looked closest to Chicken and picked up a skewer with freshly grilled chicken. She ate it, but was quite sceptical about what it was.. Asked me to click a picture so she could ask someone.. lol.. The reason for her fear- most meat sold here was pork and she dint eat pork.. Told her it dint matter cos she was eating it out of sheer hunger.. 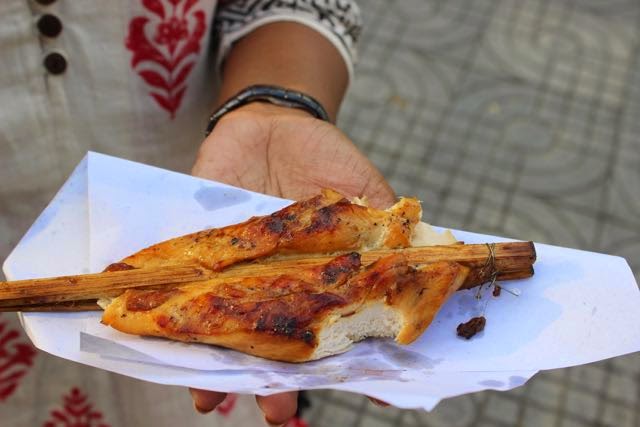 Moving along, I spotted a guy standing near a big pan that small dips in them, almost like our Kuzhipaniyaram/appam pans.. I then saw him break an egg into each of these and cook them for a few minutes, before plating them up. Instantly I told him I wanted a plate.. A minute later he picked up a handful of eggs and repeated the process, which is when I discovered these were quail eggs.. They were quite good- crisp at the bottom and gooey on top- with a sprinkle of salt & pepper.
And finally we grabbed a potato twirl /Twistato [it is basically an entire potato peeled onto a wooden stick, deep friend with masala- had it 1st time in Bangalore and this was the 2nd time I saw it] 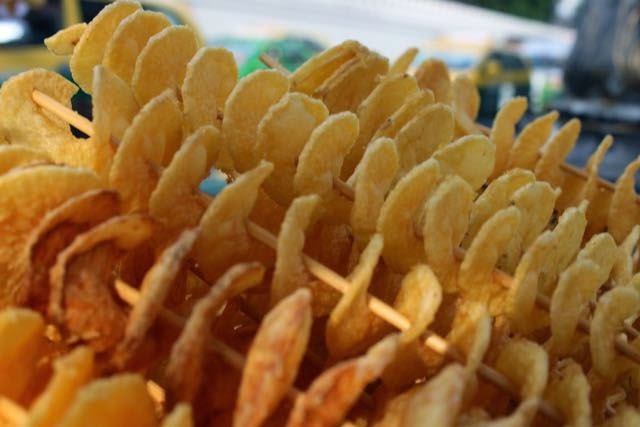 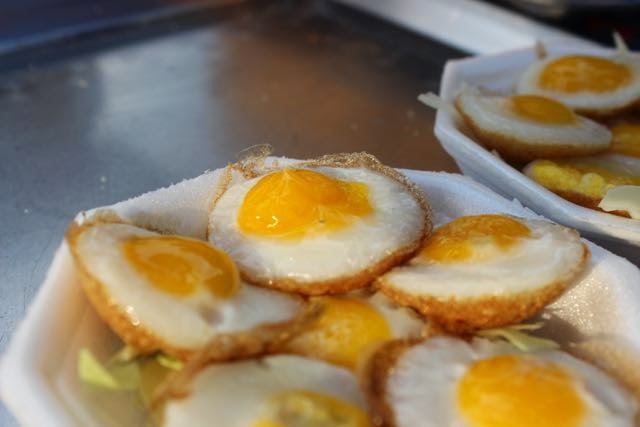 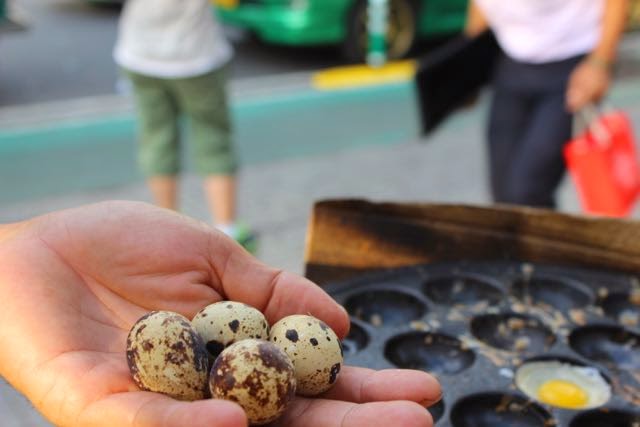 All the above was priced between 20-40 baht, served piping hot and were perfect after our long walk around Wat Pho.
We also spotted quite a few other stalls, some selling fresh fruit juices, while others had elaborate meat dishes and then there were few stocked with a wide variety of mushrooms [which would become soup come evening]