The one place that everyone suggested we visit was the Chatuchak market in Bangkok.. I had no idea about the place- where it was, what was it about and why one should visit here. Our friends who had been in Bangkok few weeks earlier told us it was a good place for shopping. Since am not into shopping, I wasn’t too keen, but had no escape. Saturday morning dawned bright and early. We got dressed [ wore comfortable clothing], packed out bags [ mine had camera and some cash as well] and headed out towards the BTS station. As we made a beeline towards the enquiry desk, we heard another group talk about the market and followed them. I asked one of them who told me to purchase a ticket to Mo Chit station which was walking distance from the market.

Spread across 35 acres of land, and with over 15,000 stalls and more than 200,000 visitors every weekend, Bangkok’s Chatuchak Weekend Market is the mother of all markets – and possibly one of the biggest and most famous in the world. It happens every weekend and draws same kind of crowd week after week…

We paid a fare of about 48Baht, bought the ticket and got into the train. It was quite packed. While my friend found a seat, I stood just inside near a white couple. Awhile later I got to talking and discovered they were from Britain but were living in Chang Mai for about 2 months and were on their last leg of stay before heading back to Britain. They were in the business of textile export [ from Jaipur].. They told me that the market is quite a place & it is best to be organised, esp when visiting for the 1st time. There was a tourism office from where one can pick up a map and then make our way around it. As we chatted away, the train stopped and we had reached Mo Chit. Bidding them adieu, I found my friend and we made our way down the exit towards the park.

Whoa, nothing had prepared me for what stood ahead of us. It was like a mini city, except there was nothing but stalls and stalls, filled with clothes, bags, gadgets, pets and more.. We wandered about together for a while, but then decided it was best we go our way, and connect after a while. Else, we would just make it back to the hotel. 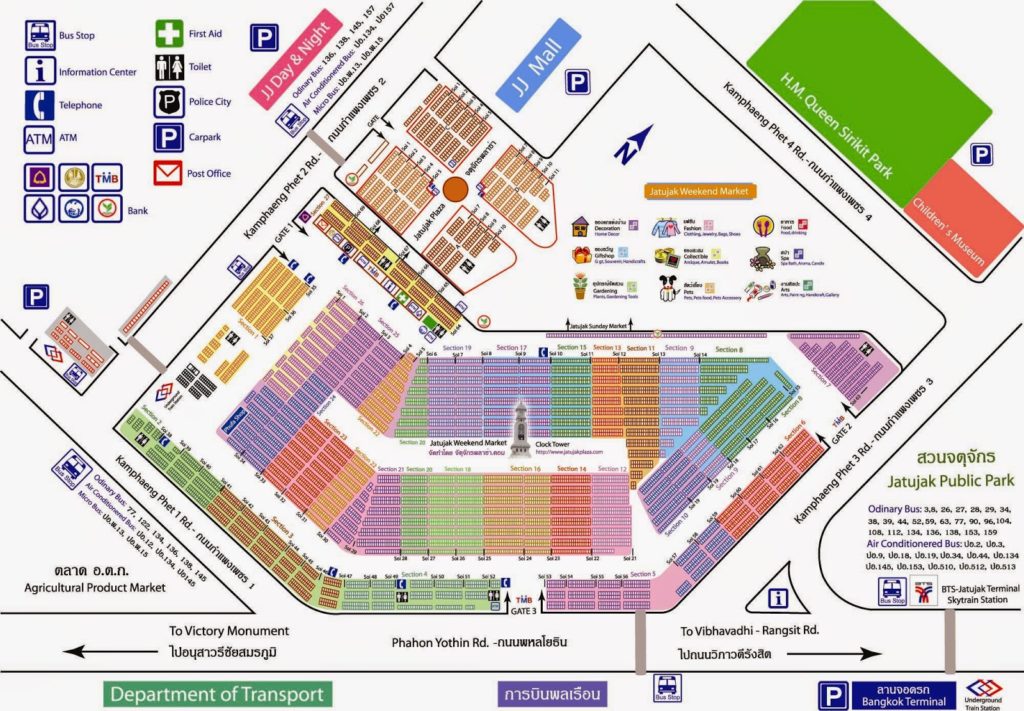 Both of us had mobile phones and data, so whatsapp was the answer!

We must have spent a good 3 hours walking within the narrow lanes, it was such a treat just to see all the stalls. I bought a few knick knacks, gifts for friends mostly and then I stumbled upon rows & rows of shops dealing with nothing but pets- they had live pets, pet accessories, clothing, footwear, food and what not. Some were showing off the puppies and guinea pigs, while others were busy showing off some fancy clothes for dogs. You name it, and they had it!

It drizzled a bit as I walked around. I stopped to pick up a bottle of fresh fruit juice when a couple came over and said Hi. The guy infact asked me what the drink was. And then got to talking about how they were from the Middle east and were looking forward to an upcoming trip to India. He asked about our currency, and wanted to see an Indian Rupee note [ I wasn’t feeling too comfortable with him and so excused myself and disappeared into another alley of shops].

I picked up my phone to check the time and noticed the time was nearly 3pm, and there was a message from my friend. We connected and made our way to JJ mall, which was down the road. She wanted to pick up clothes and had been told this was the place to go to. Along the way, we saw more pet stores, aquariums and a park of sorts which was all done up with activities for kids [ I later learnt that it was National children’s day]. We found the mall about 2kms down the road, and once again there were a few stores near the entrance, including one selling tortoises [of all sizes]. The mall was filled with stores, smaller in size and not as expensive as a regular store. We explored about 2 floors, I managed to find footwear in a store [ hallelujah..- bought 2 pairs], friend bought quite a few outfits/dresses and we also had a yummy bread toast with Nutella/milkmaid in the food court.

There are stores selling 1st copy of Louis Vuitton, burberry and the biggest of brands you have heard off, some were retailing cute outfits, some had curio items, others had food/grocery/toiletries and then there were more.. you get the drift right!! I had never seen so many shops under one roof on a day ever in my life.. I was quite exhausted.. 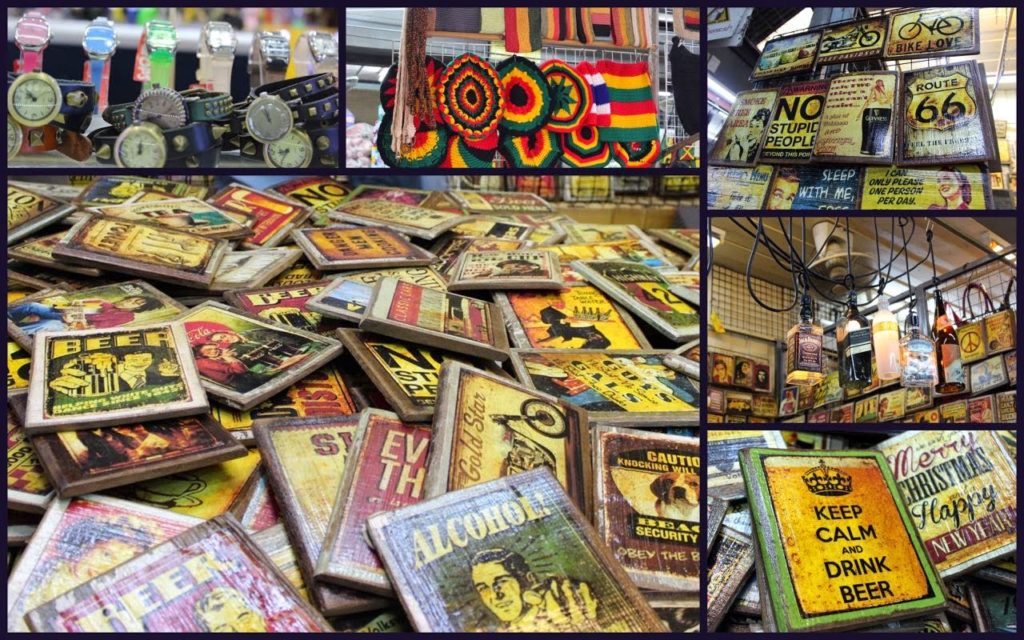 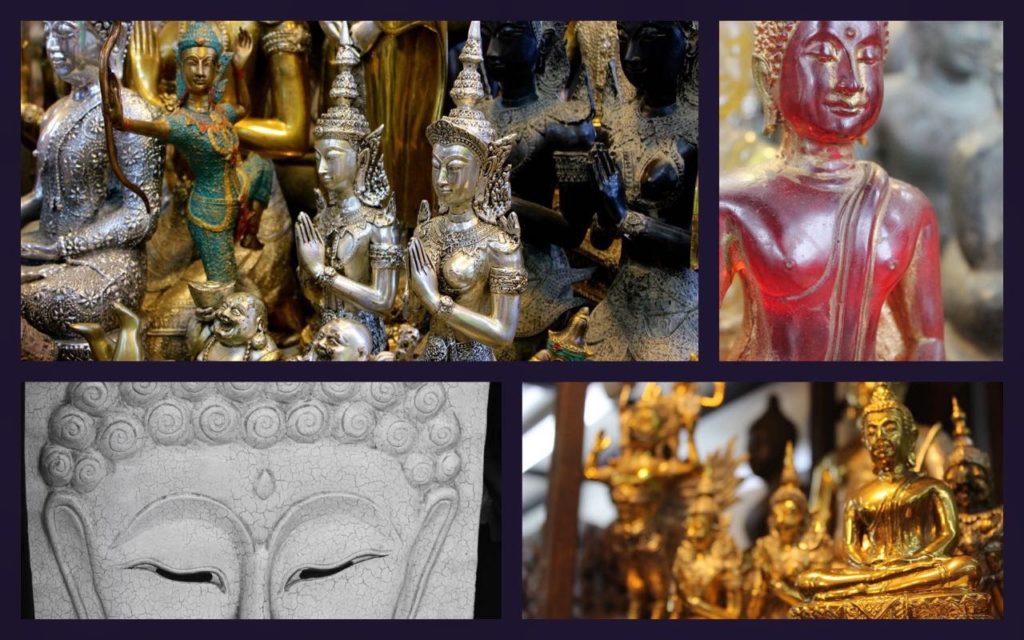 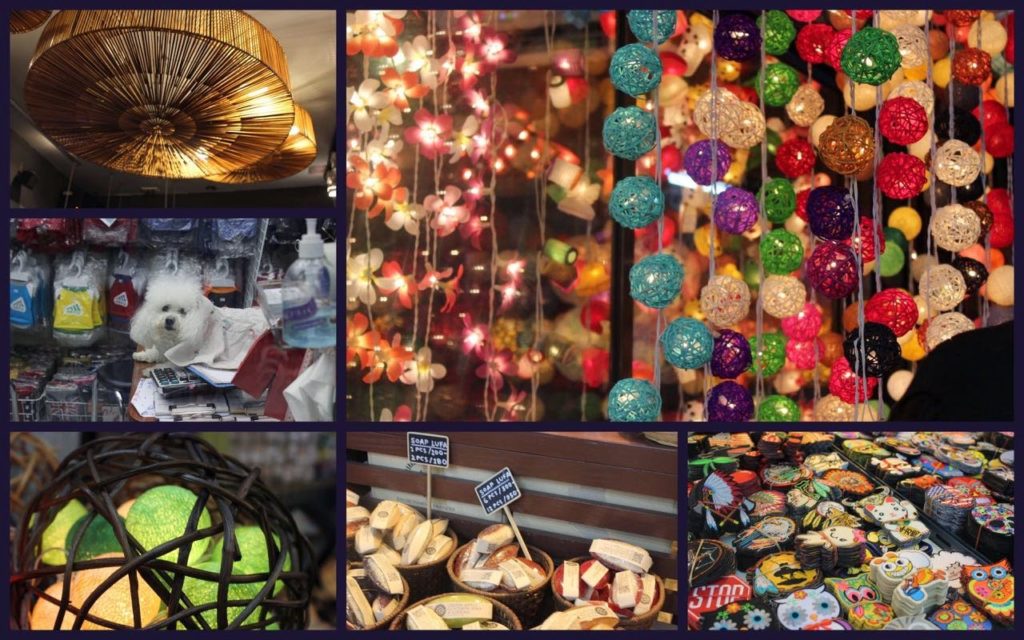 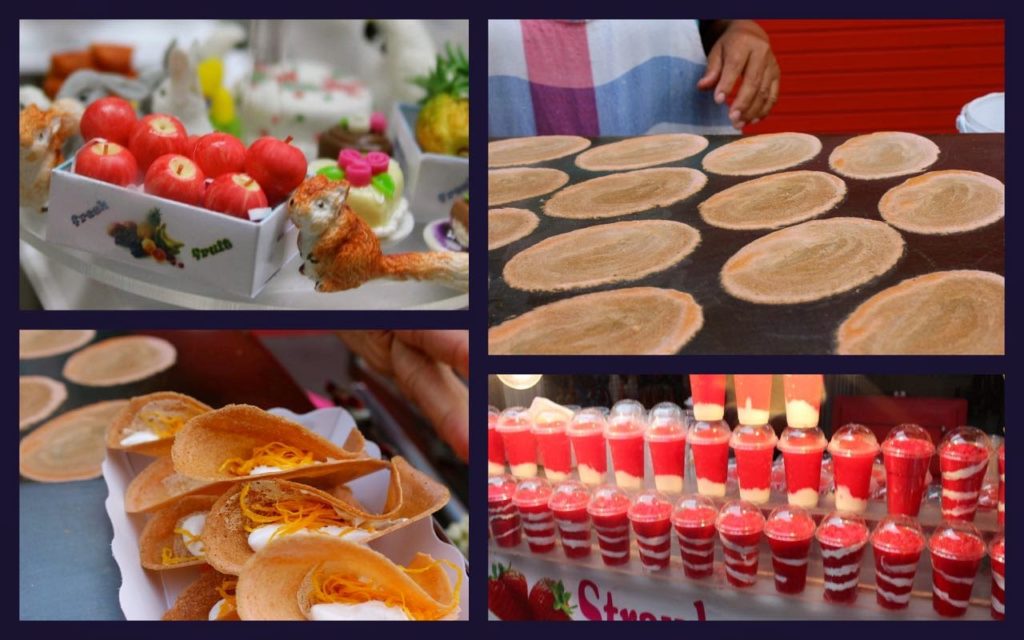 We then decided enough was enough, and got out to make our way back to the station. Arms laden with bags, our energies nearly sapped we stopped when we saw a local street food.. There was a lady making crisp crepes packed with cream and shaved coconut. We bought a few of those, also picked up a bottle of fresh orange juice, some rambutan and decided to hail a cab or tuk tuk back to the Hotel. We managed to find a tuk tuk near the main road for a decent rate and sat back to enjoy the breeze, nibble on the crepe and chill till we reached the hotel.

It was one awesome day indeed.. I did regret not buying a few quirky things, but oh well, it doesnt matter~!! Glad we got to experience the place..

Hop on the skytrain (BTS) to Mo Chit station, take exit no. 1 and follow the steps, or the crowd and you will soon see a park followed by the entrance that leads into the market.

There are companies that do guided tour of the market as well.. for those who aren’t too comfortable wandering on their own