Next up on our agenda was to visit Wat Arun temple, which had to be reached through a short ferry ride from the jetty. After grabbing a quick bite to eat outside Wat Pho we made our way down the road toward the Jetty.. All along the way there are hawkers selling everything from fresh fruits, fruit juices and there was a row of shops selling souvenirs of all kinds – magnets, bookmarks, caps, bags, key chains and much more.. It was a riot of colours. You buy the ticket for the Ferry which is 3Baht per ride per person and made your way down the wobbly path to the boat.

A boat arrives, we jump in, find a spot to sit and get set for the short ride across. The Wat Arun Temple looms large across the river against the blue skies.

Wat Arun, locally known as Wat Chaeng, is situated on the west (Thonburi) bank of the Chao Phraya River. It is easily one of the most stunning temples in Bangkok, not only because of its riverside location, but also because the design is very different to the other temples you can visit in Bangkok. Wat Arun (also called the temple of the dawn) is partly made up of colourfully decorated spires and stands majestically over the water. The spire (prang) on the bank of Chao Phraya River is one of Bangkok’s world-famous landmarks. It has an imposing spire over 70 metres high, beautifully decorated with tiny pieces of coloured glass and Chinese porcelain placed delicately into intricate patterns.

You do need to pick up a pass to enter the temple campus, it costs 100 baht. If you are not wearing the right kind of attire [ hands and legs covered for girls, then you can hire a sarong or shirt for a small deposit] The temple is open daily from 08:30 to 17:30 and the last boat ride I think is at 6pm.

We said a quick prayer before entering the temple premises. the steps leading to the top towers are quite steep, to say the least. I managed to climb up two flights but the third was tricky, almost vertical.. and it was super crowded, so taking your own time getting up was out of the question. The view from the 2nd was breathtaking, you can see the entire river winding around and Wat Pho as well. Apparently, if you go all the way up you can see Grand Palace as well.

Wat Arun was envisioned by King Taksin in 1768. It is believed that after fighting his way out of Ayutthaya, which was taken over by a Burmese army at the time, he arrived at this temple just as dawn was breaking. He later had the temple renovated and renamed it Wat Chaeng, the Temple of the Dawn. It used to be the home of the Emerald Buddha, before the capital and Palace was moved to the other side of the river. This can now be seen at the Grand Palace.

The central prang was extended during the reign of Rama III (between 1824 and 1851), and is now one of the most visited sites in Thailand. It was also Rama III who added the decoration of the spires with porcelain, so that they glimmer in the sunshine.

We spent a good hour or hour and a half here and made our way back to the jetty to catch the boat. It was one memorable day indeed. The only place was the Grand Palace, which we set aside for another day!

Attire that is available for hire, wear and take a picture 🙂 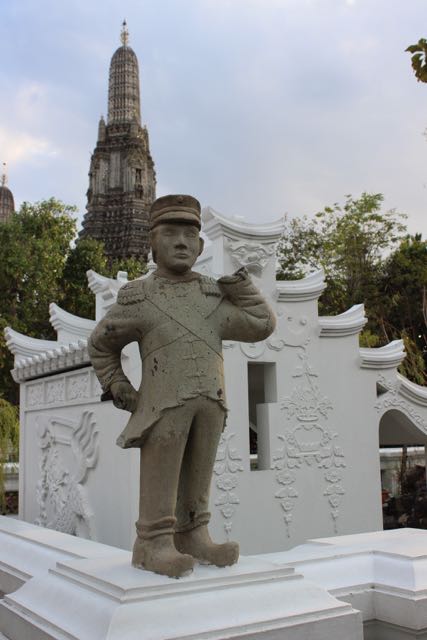 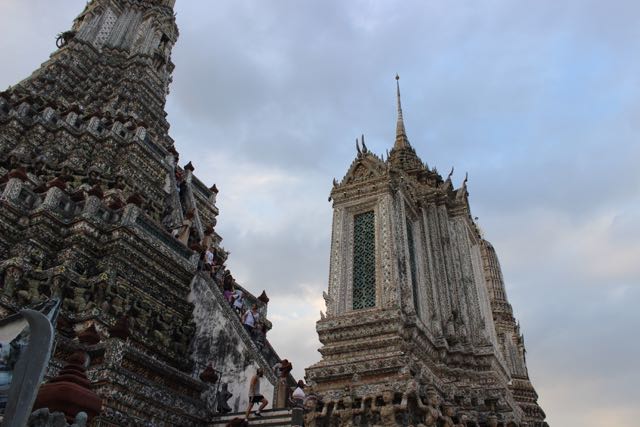 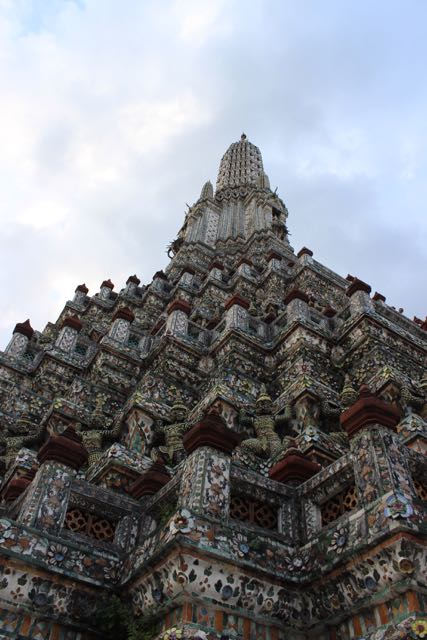 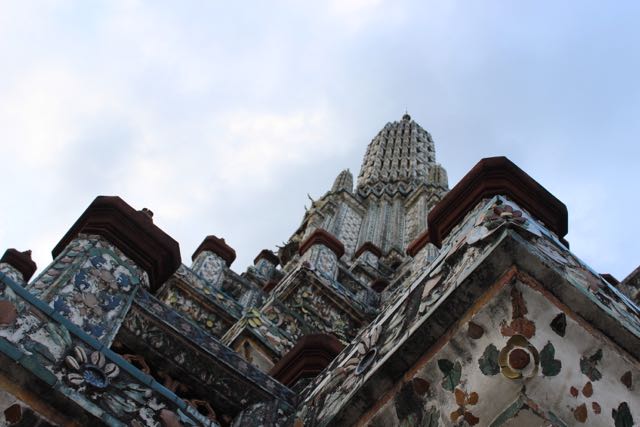 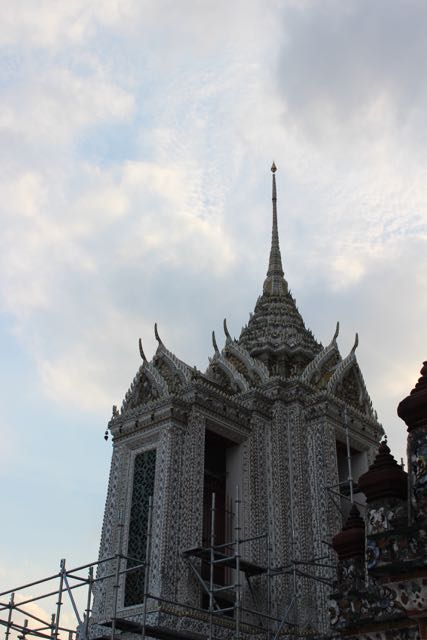 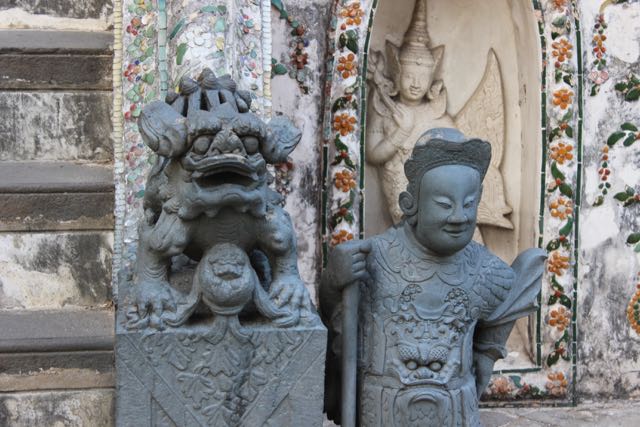 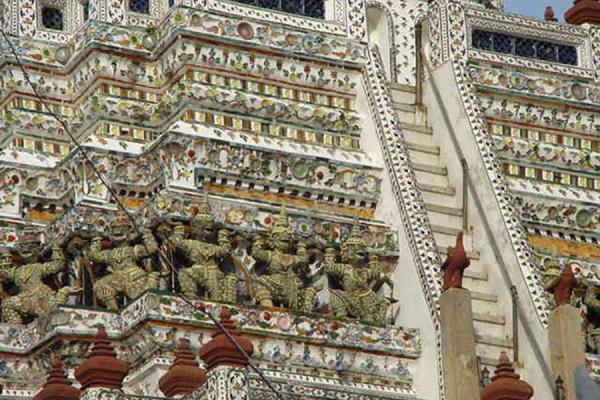 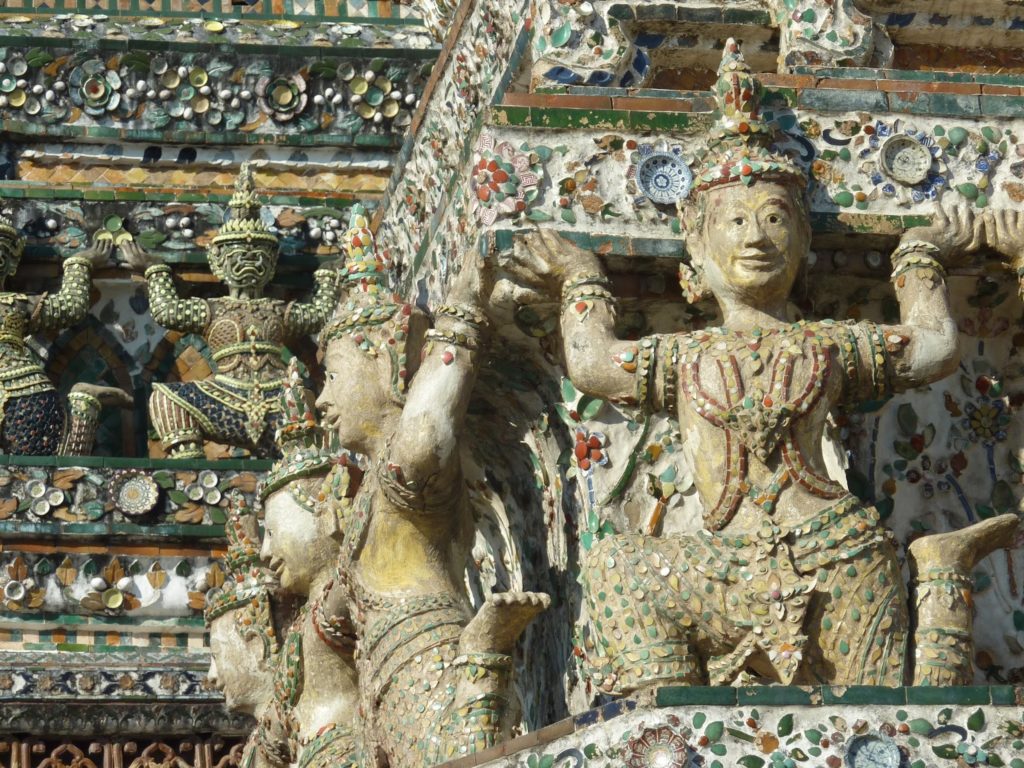 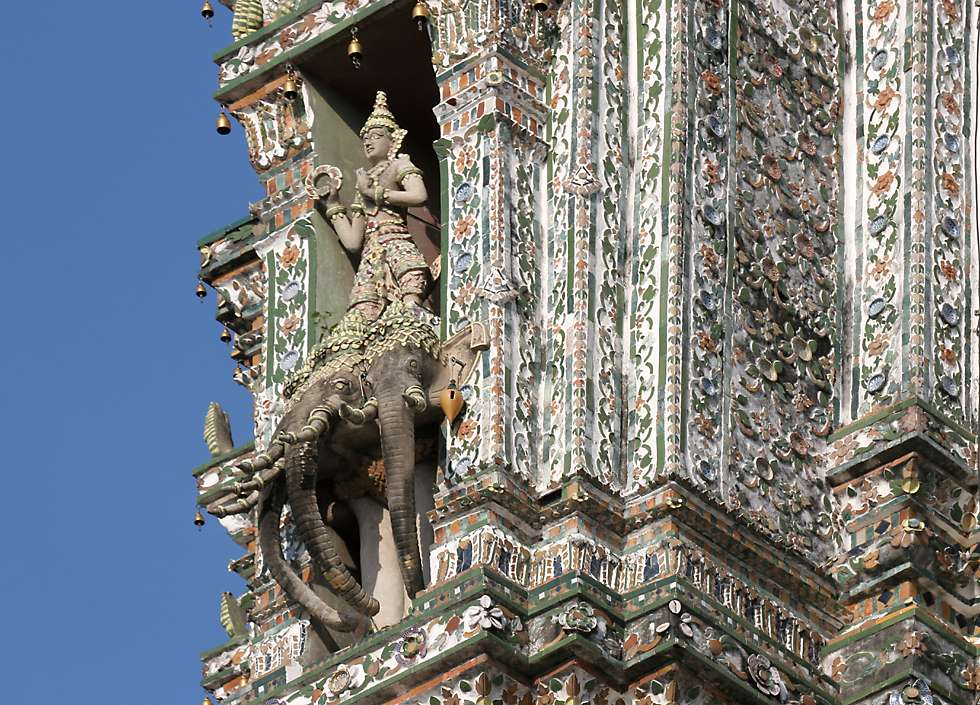 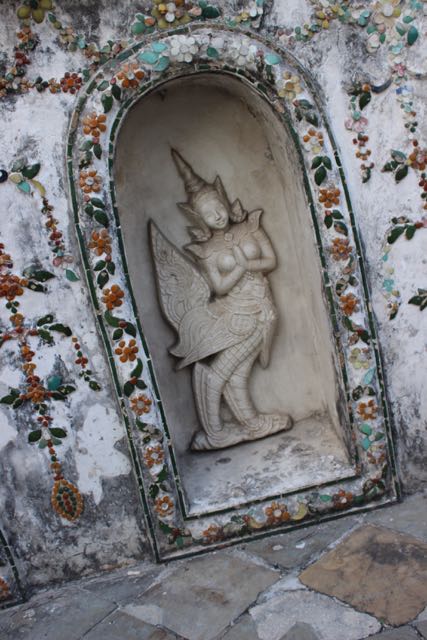 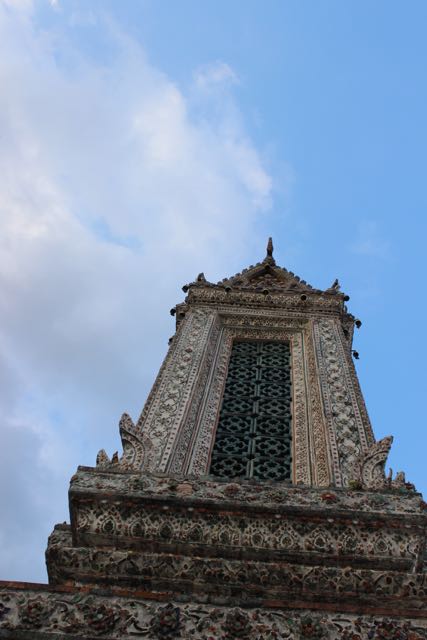 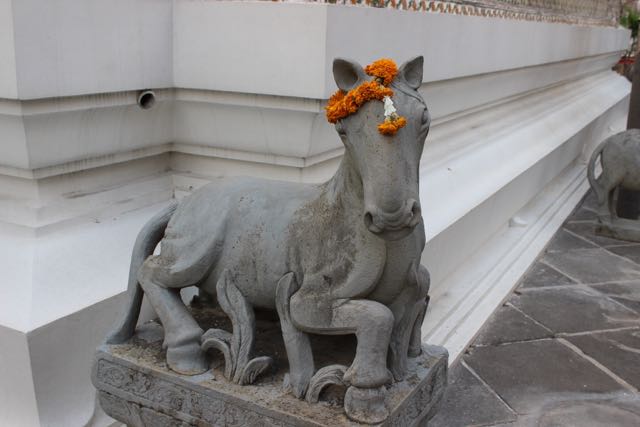 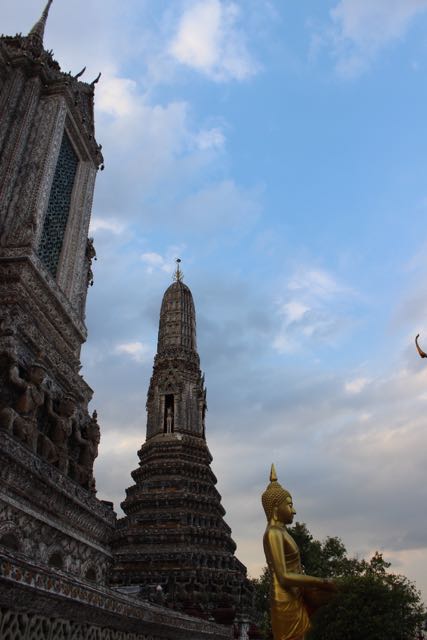 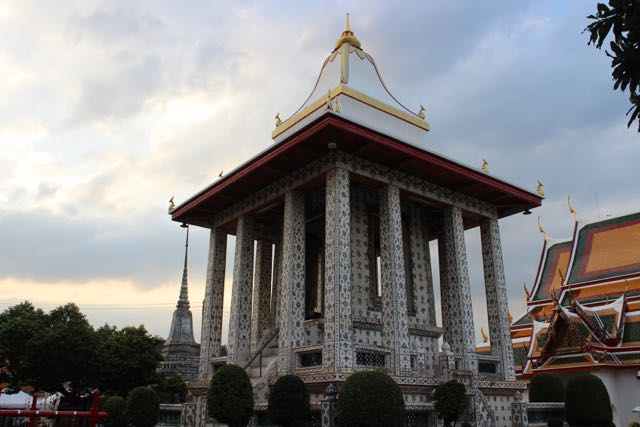 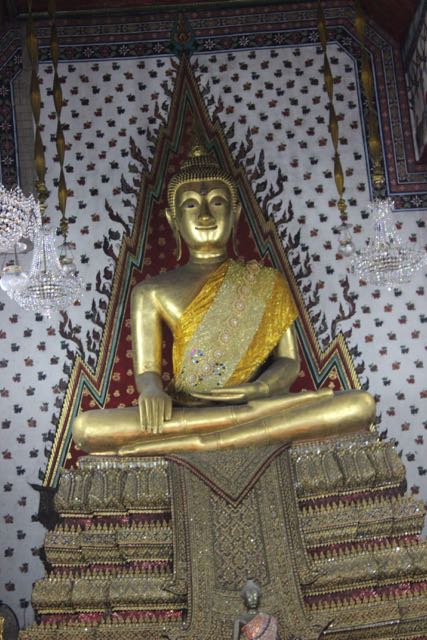 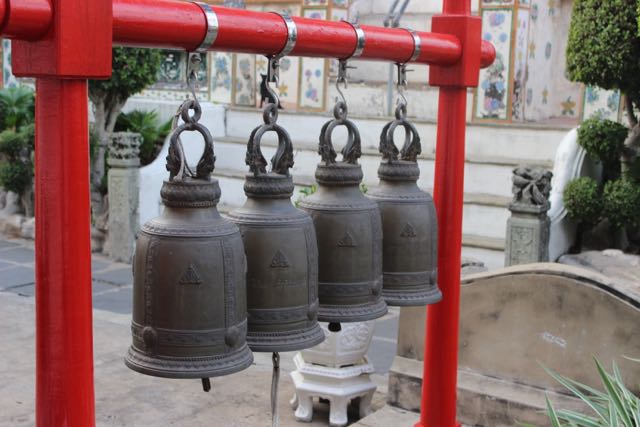 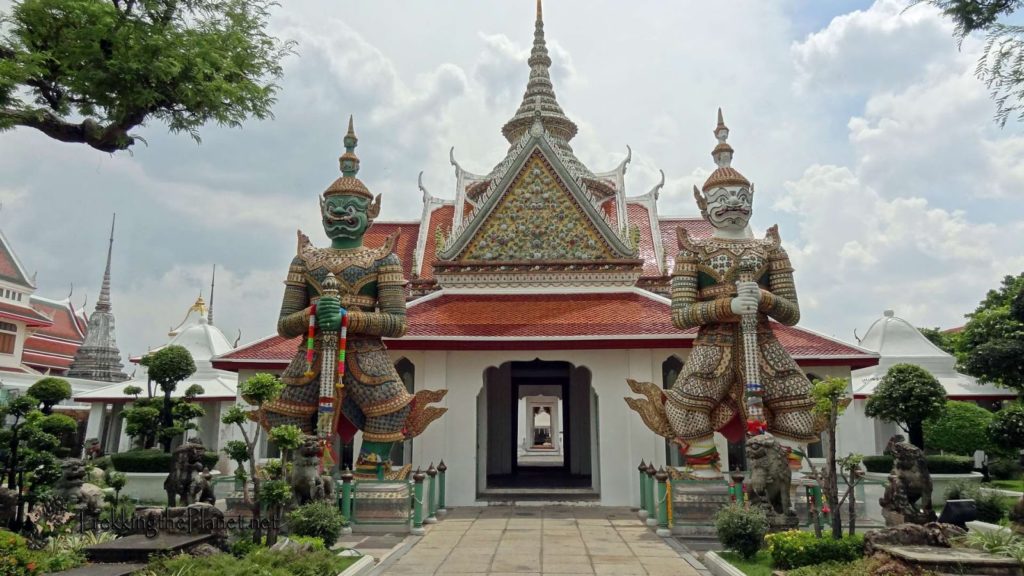 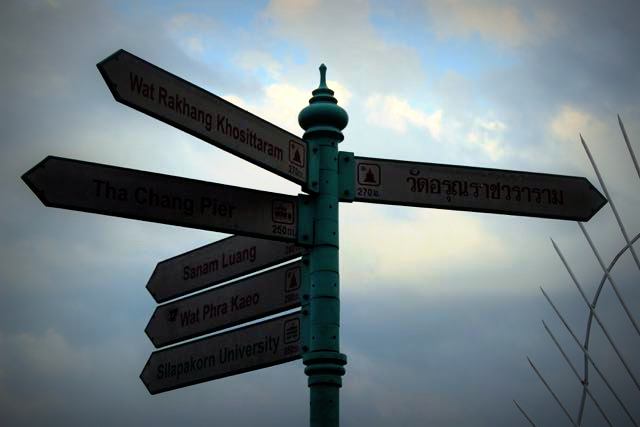