It was our 4th day in Bangkok and the one place we were yet to visit was The Grand Palace.  As we were stepping out of our hotel, the lady at the desk gave us a tiny slip that contained a small note about a scam that is done commonly here.. we gave it back to her saying we had been subjected to it the day before but luckily dint fall for it!! 😀 [written the scam tales at the bottom of the post]

Built in 1782 – and for 150 years the home of the Thai King, the Royal court and the administrative seat of government – the Grand Palace of Bangkok is a grand old dame indeed, that continues to have visitors in awe with its beautiful architecture and intricate detail, all of which is a proud salute to the creativity and craftsmanship of Thai people. Within the majestic walls you will find the Thai war ministry, state departments, and few other buildings as well. 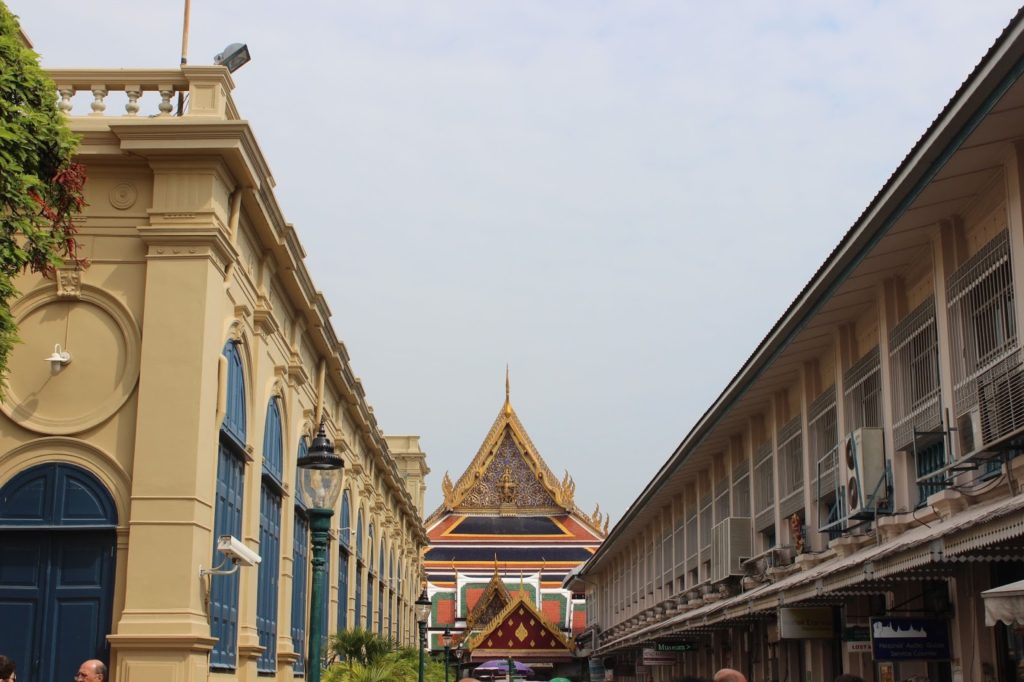 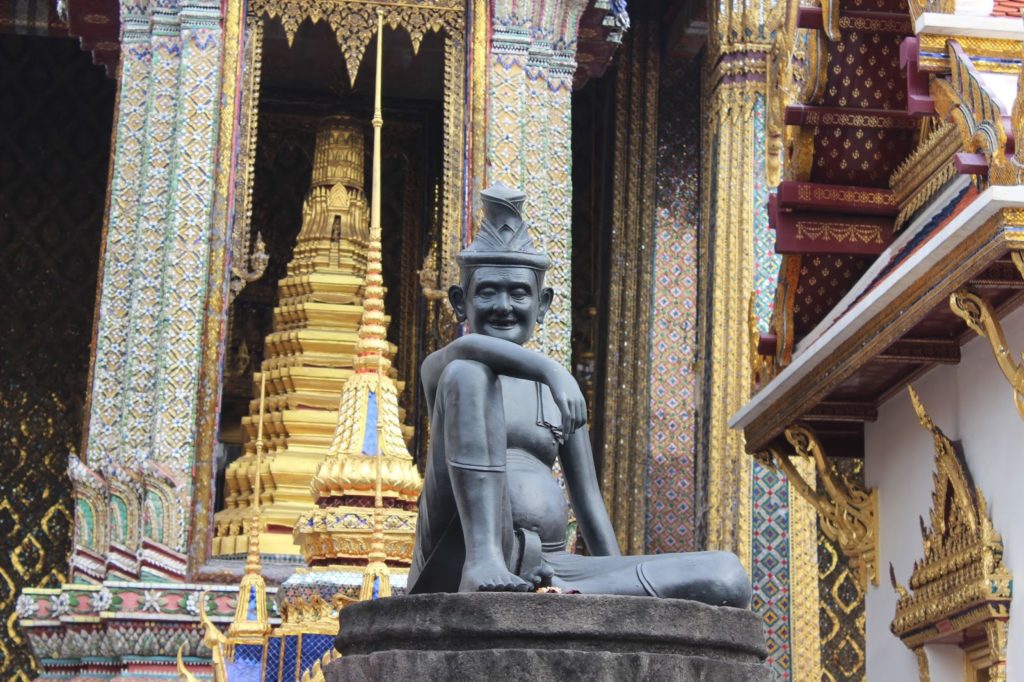 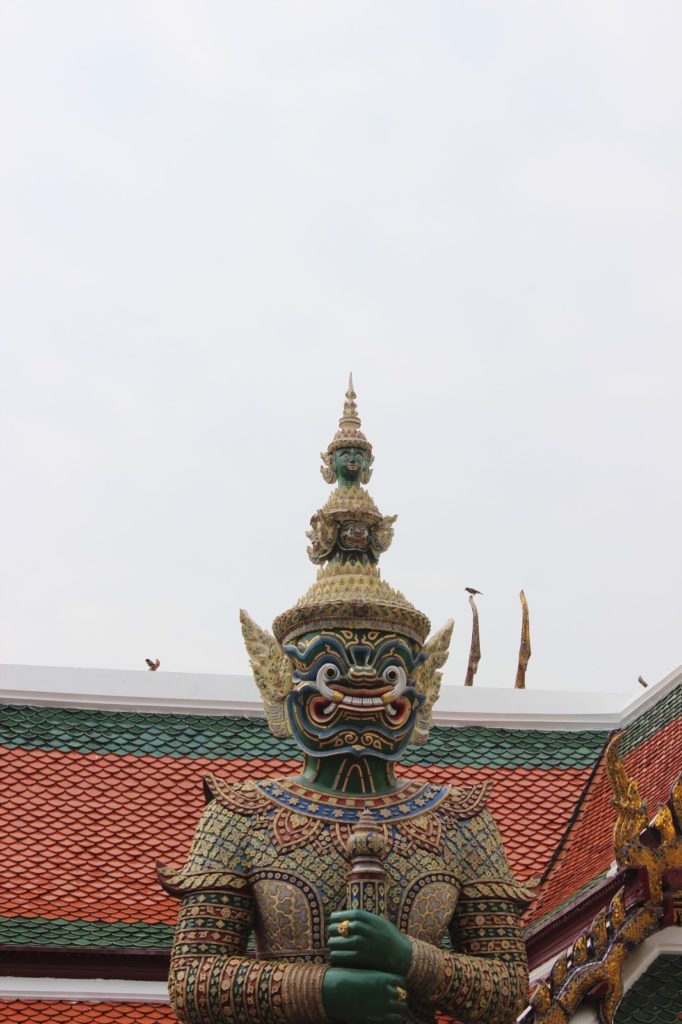 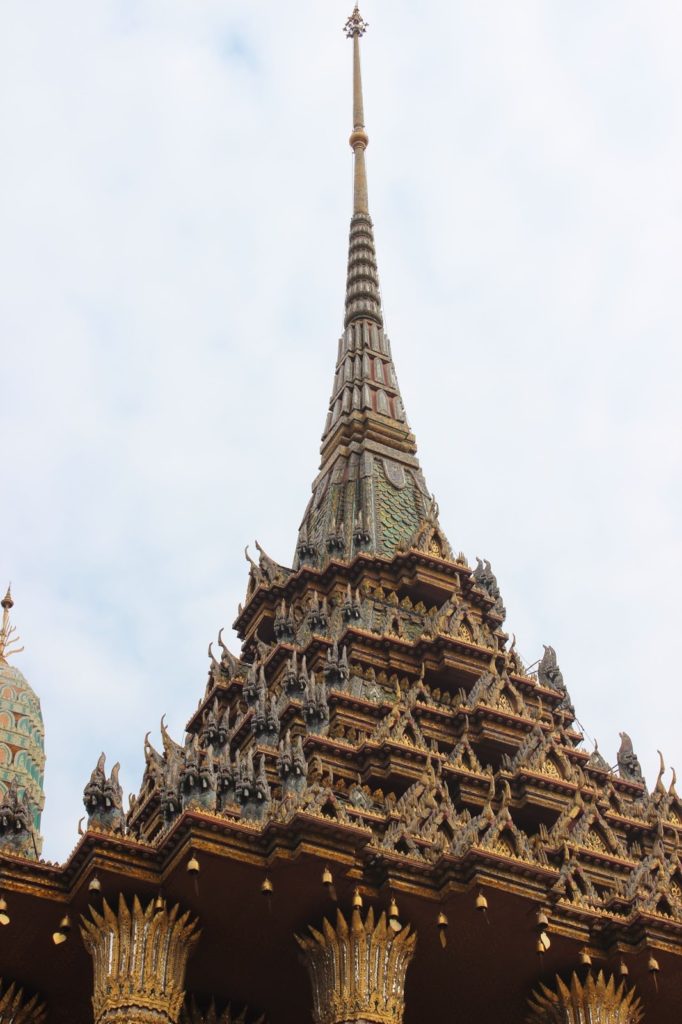 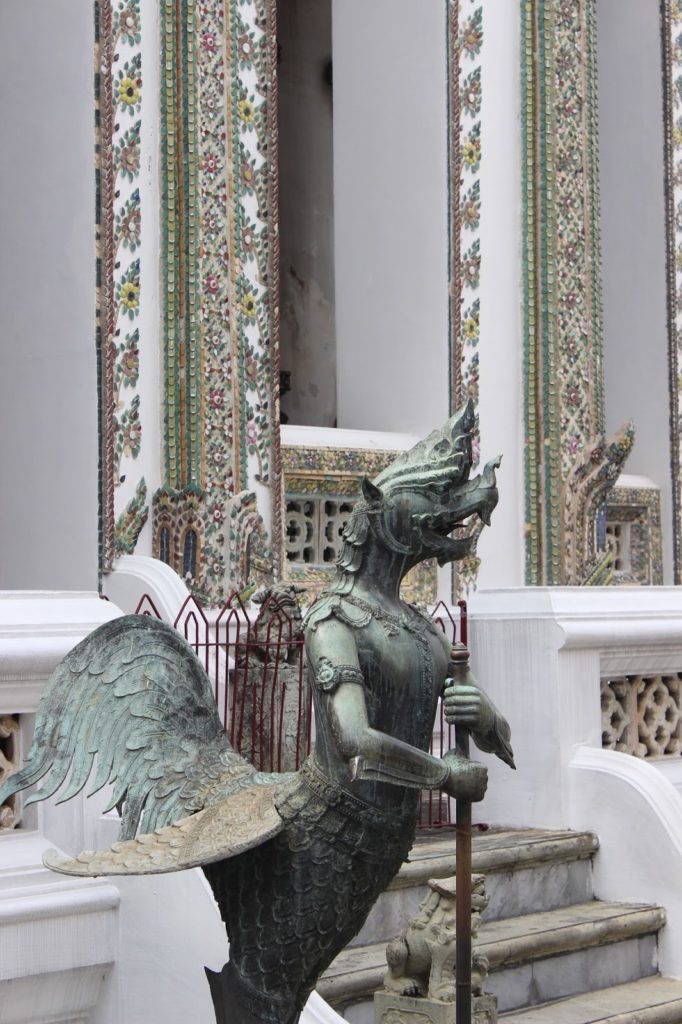 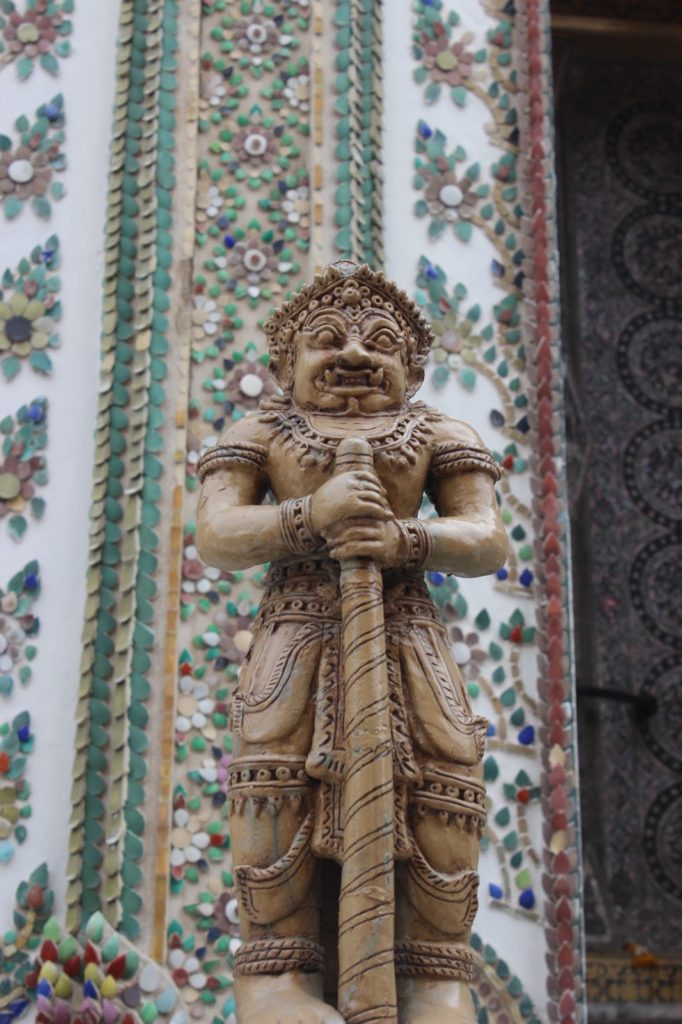 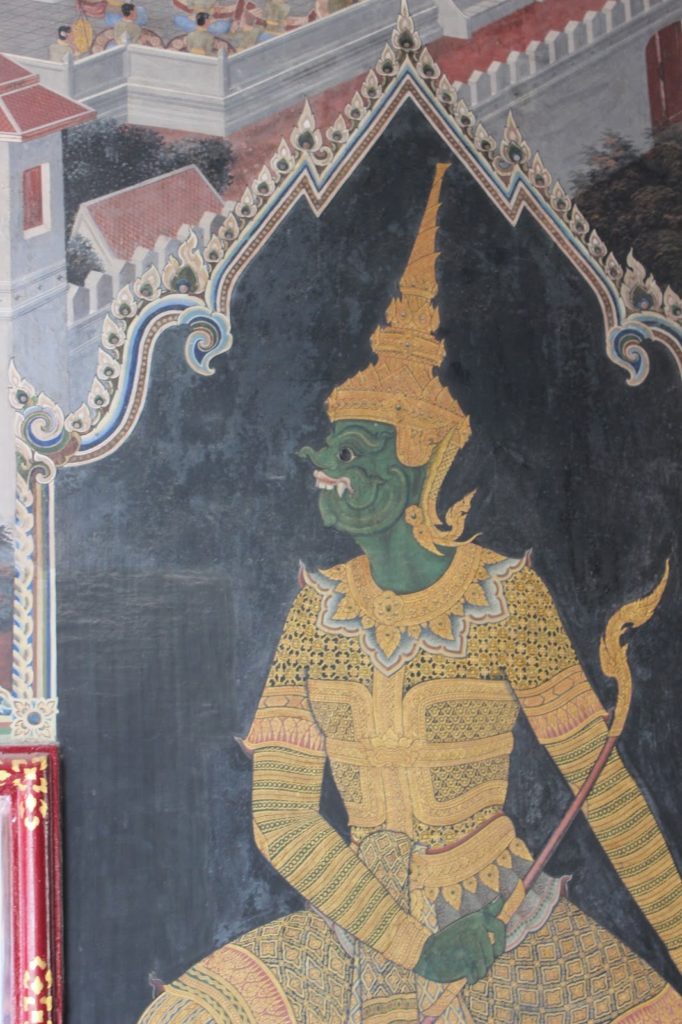 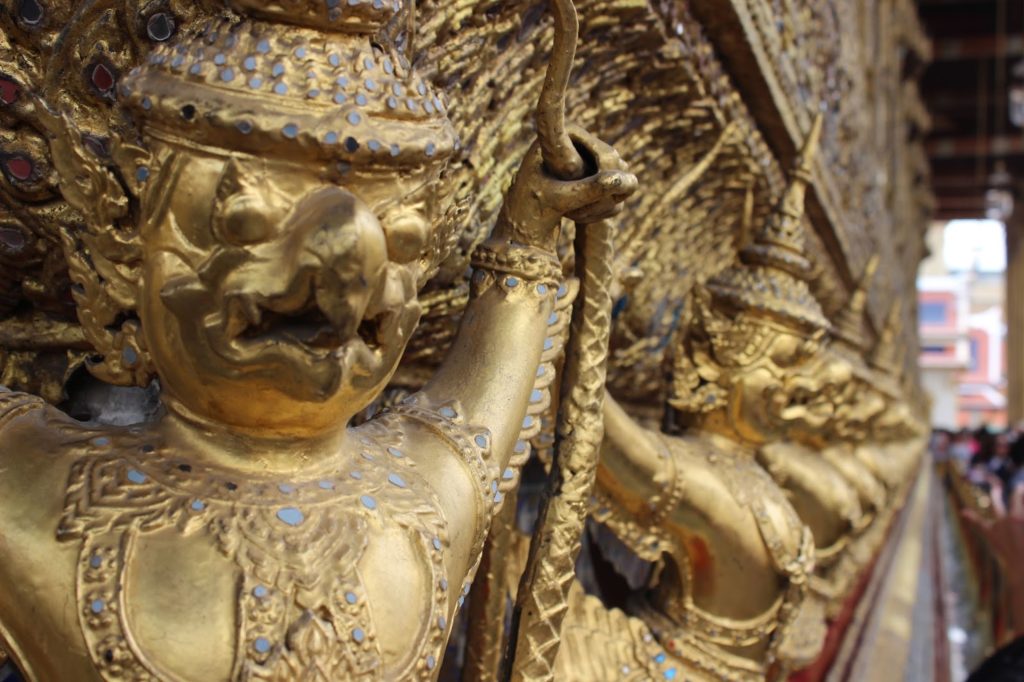 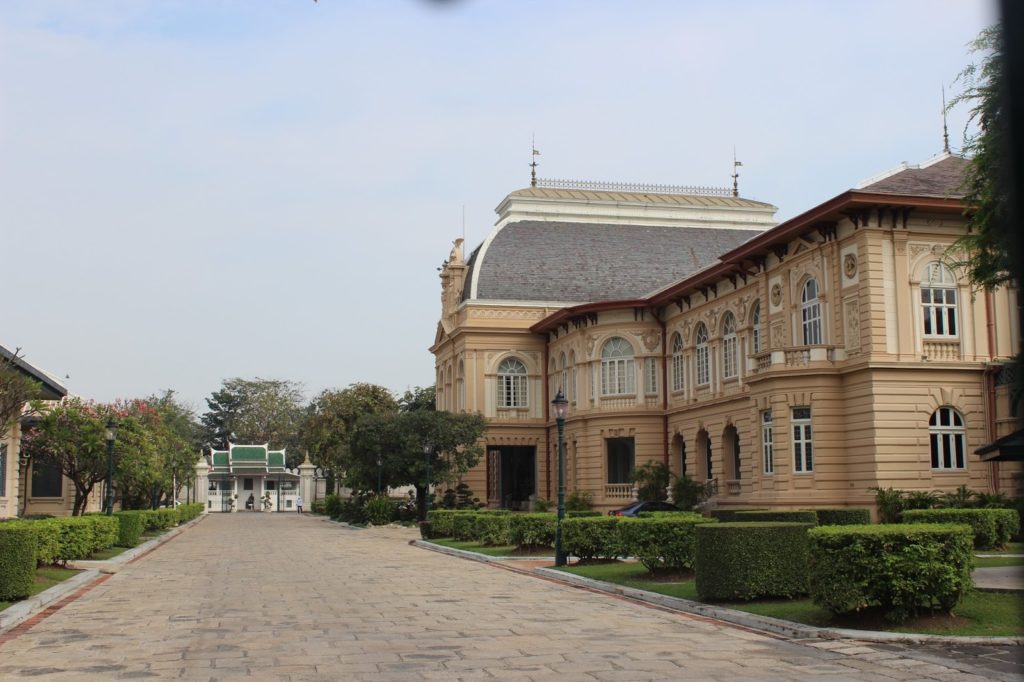 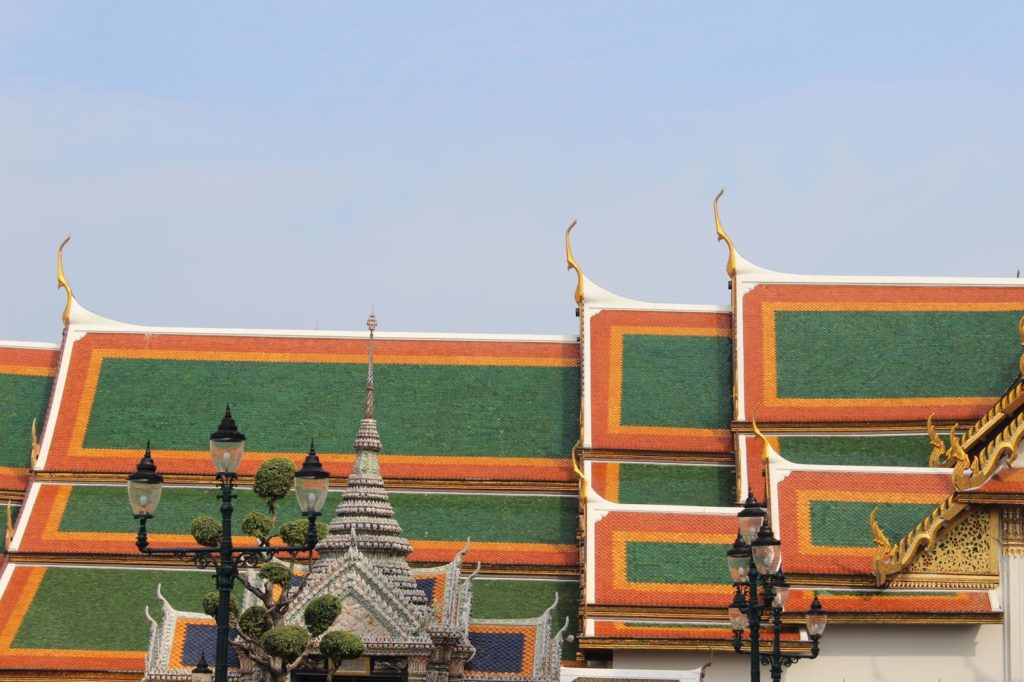 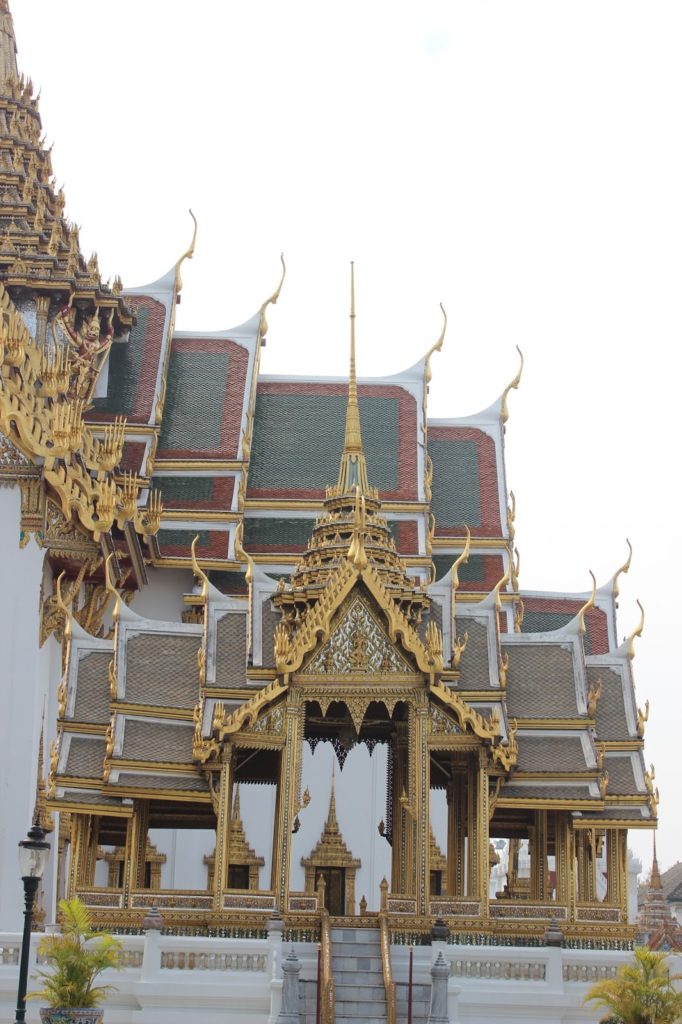 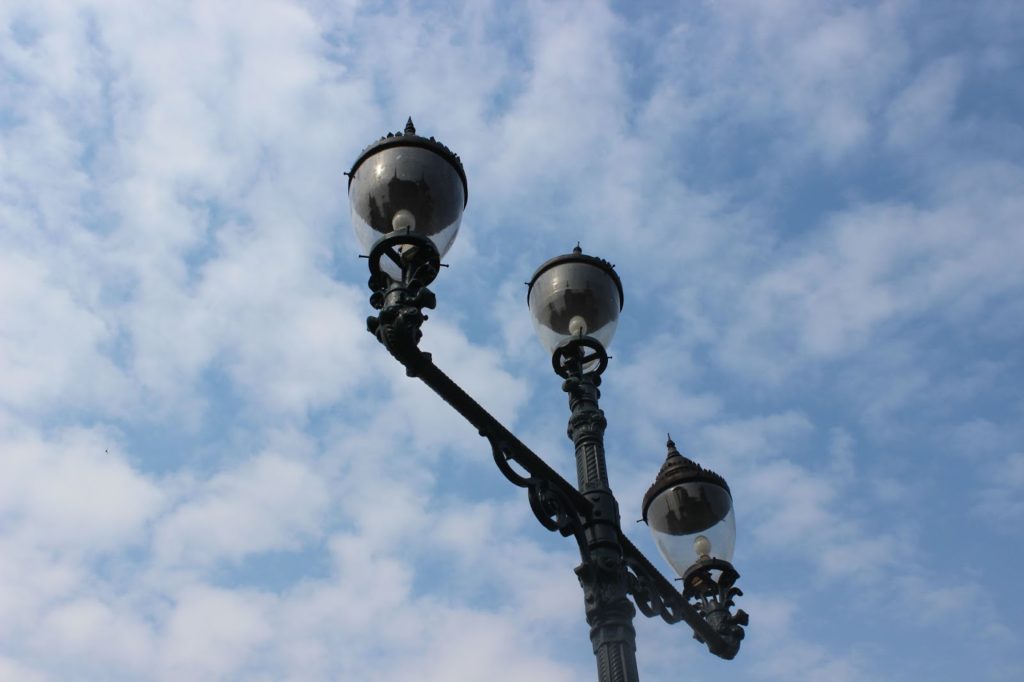 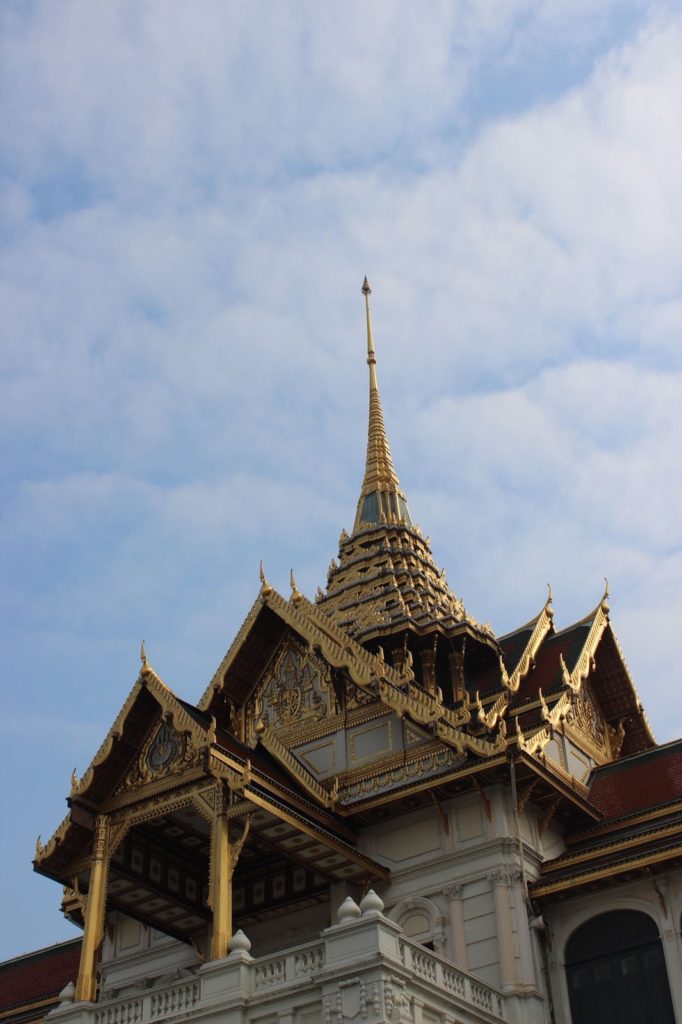 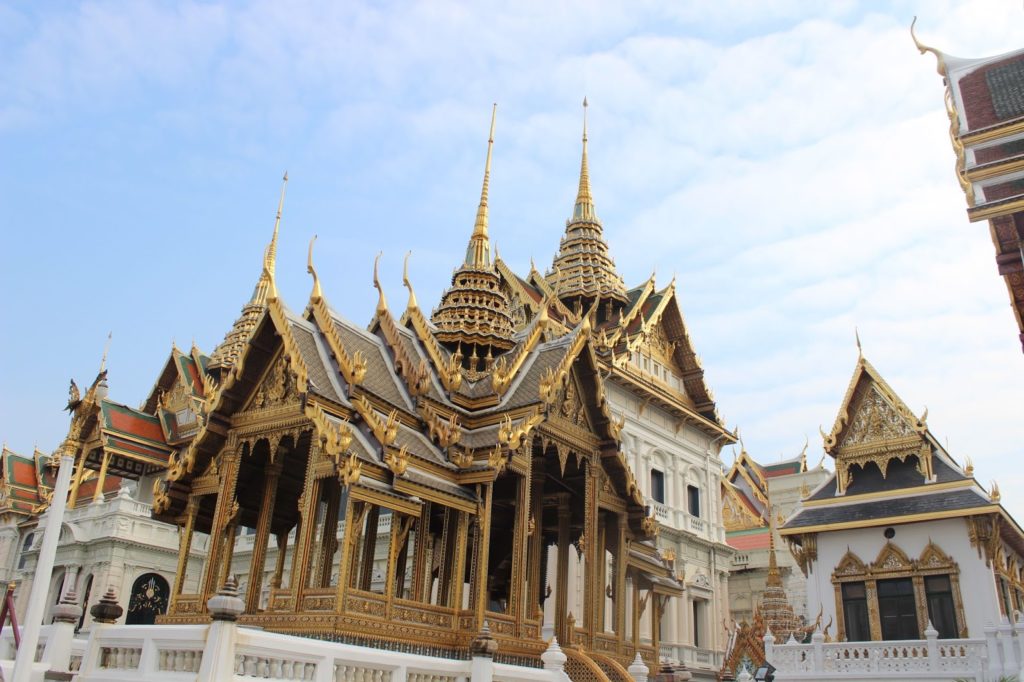 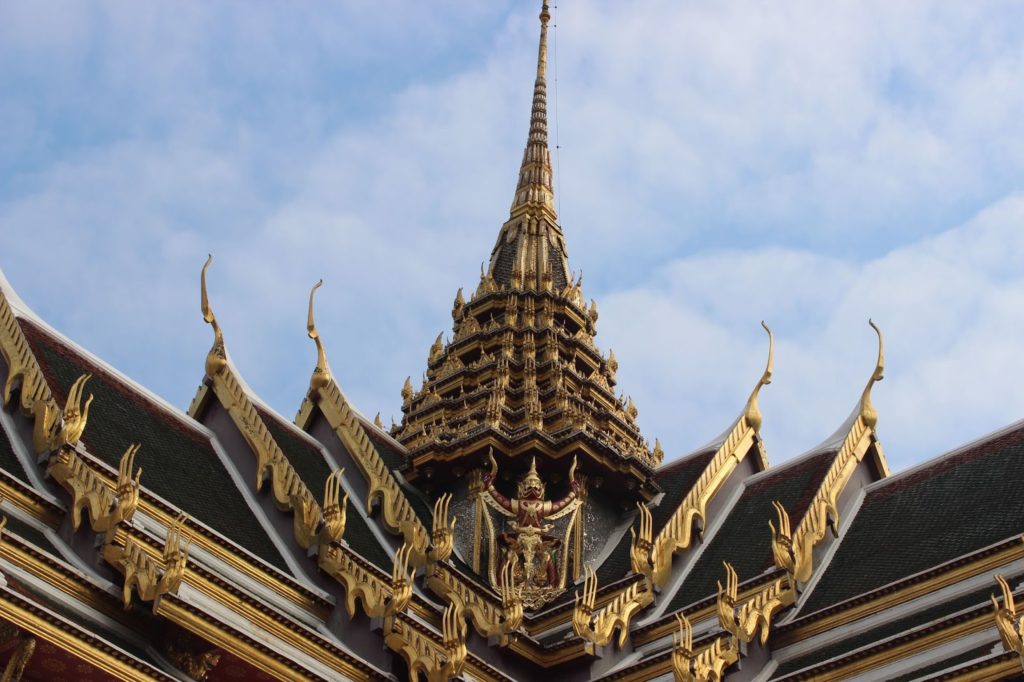 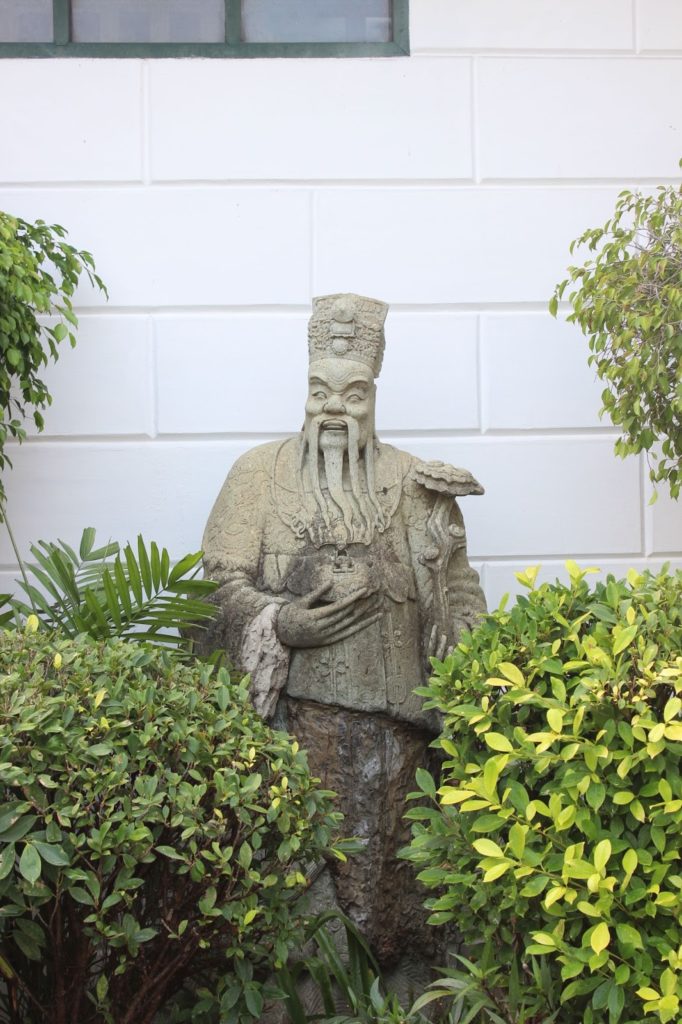 The Grand Palace with The Temple of the Emerald Buddha is Thailand’s most sacred site. Visitors must be properly dressed before being allowed entry to the temple. Men must wear long pants and shirts with sleeves (no tank tops. If you’re wearing sandals or flip-flops you must wear socks (in other words, no bare feet.) Women must be similarly modestly dressed. No see-through clothes, bare shoulders, etc. If you show up at the front gate improperly dressed, there is a booth near the entrance that can provide clothes to cover you up properly (a deposit is required).

We were all set to enter the place when a man stopped us near the entrance and told us we weren’t in the right attire. I was wearing a 3/4th sleeve shirt and capri, and so had to rent a Skirt.. Friend was wearing a sleeveless shirt and shorts. She had to also pick up a skirt, the guy infact told her to rent a shirt but she decided to cover up with her stole. But alas, we weren’t allowed inside. Ended up going to a souvenir store and buying a Tshirt for her! Oh well, good to respect the rules and follow them!

So, there we were all set to explore The Grand Palace before heading over to Wat Pho. We got off the tuk tuk and were about to enter the Palace when the guard stopped us and told us the place was closed and open only to locals. It was 4pm and we knew the place shuts around 5.30pm. We stood there looking at all the people [ of varied nationalities] coming out and going in.

Once again probed but the security refused to let us in. He then suggested we head down the road to Wat Pho & then do a visit to Wat Arun by tuk tuk. The tuk tuk he suggested was for 600 baht and the guy was parked right there on the curb. We knew these places were within walking distance and so told him we will walk. He went on insisting we take the tuk tuk and lowest he would come for was 450 baht.  It dint sound legit, and I dragged my friend and told her “lets get going.. we will come back to the palace another day” and we walked ahead towards Wat Pho…