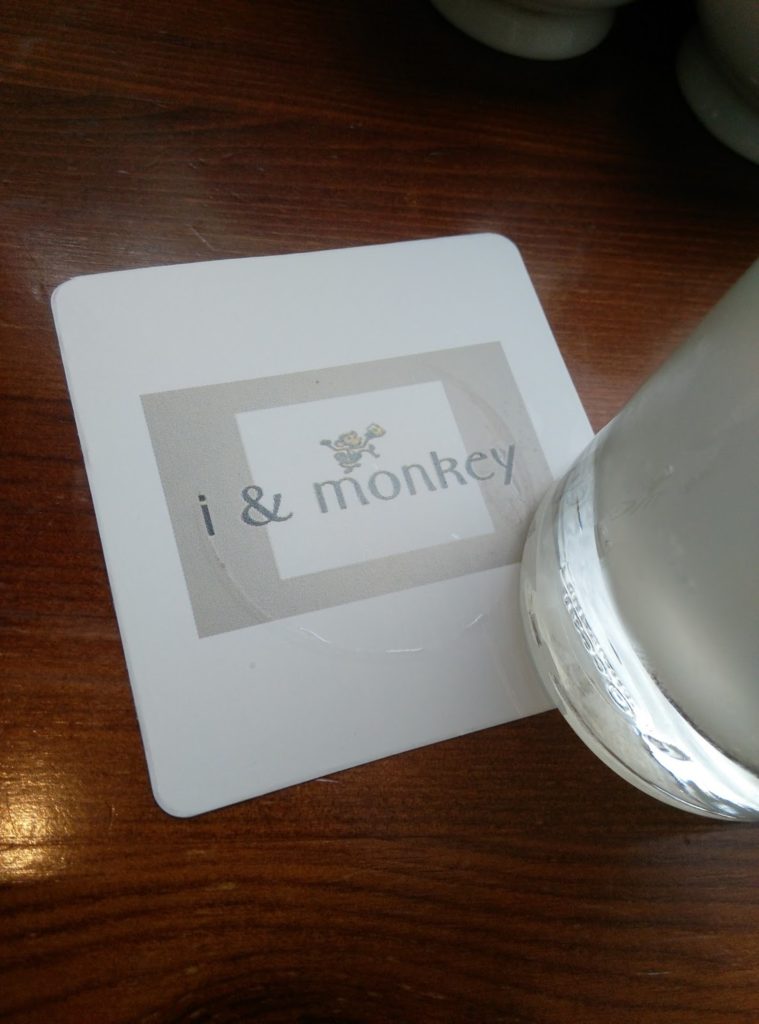 I was in Bangalore for the weekend, chilling out with a friend who has recently moved there.. Hadn’t told a lot of people I was there [becomes tough to meet and I am exhausted by the end of the trip]. I called another friend to check where she was and if we could meet. So, that Sunday we decided to meet for lunch. The topic of where then came up, and after a bit of debate we settled for I & Money on 12th main road, Indira Nagar.  I knew I had seen the place but couldn’t place it and it was only when we drove down the road did I realise I had walked past it during the earlier trip..

The walls were white, light fittings were black and quite clean decor. The walls near the bar had a whole lot of jazz players sculptures and the walls had photographs of famous jazz musicians. But the music played in the restaurant was random english pop… We chose to sit in a table outside and started glancing through the menu card while waiting for the friend to arrive. They don’t have an extensive menu, but do offer a range of food & drinks [ alcohol included]. I ordered a Fresh lime soda salt along with which we ordered 2 veg starters – one was potato pancakes of sorts and the other was stuffed mushrooms. Friend arrived, and she proceeded to order  non veg starter and we started yapping, while waiting for food.

The Potato pancake was delicious and so was the stuffed mushroom. The sauce that came with friend’s prawns were yumm- spicy but one of those that makes us want more.. 🙂

Two other tables were occupied, one with child that was happily jumping about and the other with a couple who were fairly quiet. We then got down to ordering mains. I opted for a dish that had herbed rice and mushroom side- both go which was good and the portion was quite huge. Friend ordered pasta and the other one went for prawns again…

The food was good, but portion size as I mentioned was quite large. We were full and decided to skip dessert, asking for the check.

The bill worked out to Rs1400 per pax… Not really my kind of place, but was a good experience nonetheless…


Disclaimer: The reviews posted on this blog are based on my personal experience. Also remember these were just my views!! Remember, no two palates are the same. Bon Appétit 🙂