We were exploring the town of Kanadukathan, when after a while we asked our cabbie if he knew of any traditional homes where we could watch a meal being cooked. He either dint understand or dint know of any such place, but finally ended up taking us to a small hotel of sorts [ more of a hole in the wall kind], and we walked through a narrow passage to what looked like the backyard of an abandoned building.
It dint look very good, there were things dumped all over, electric tower and a small home of sorts at the end. A lady and man were hovering about. Saw us and smiled,welcoming us over. Just outside the home, there was a makeshift tent where food was being cooked . They have been cooking meals and serving up customers for over 4yrs and make both veg & non veg dishes.
There was a huge pot with a pan where carrots were being cooked and another near it for rice. Now what caught my eye amidst all this was a cute Pomeranian dog that made its entry from inside the house. He came trotting and instantly stood next to me asking me to pet him.  He was white, and cute and had a red tikka on his forehead.
I forgot his name but he was one friendly dog. The lady said he is very well behaved, does not disturb them when they are cooking, nor does he try to grab a bite while they are cutting up/cooking meat.   She had found him when he was a pup, brought him home & he hadn’t left since!

My friend spent a good half hour talking to the lady about the dishes, recipes, and processes while  I happily played with this cutie pie… 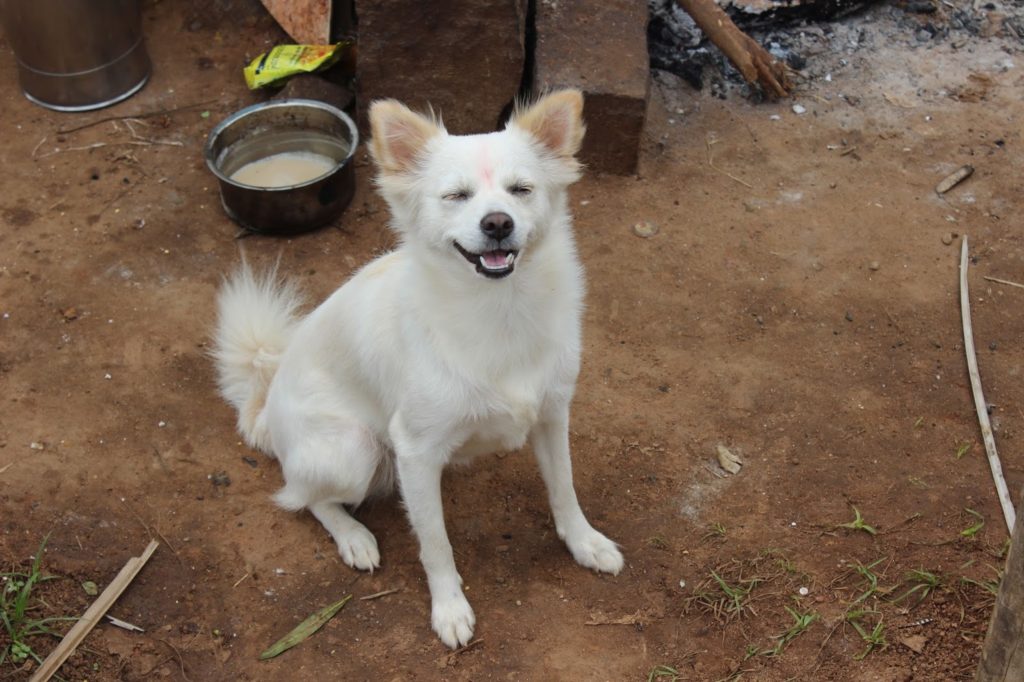 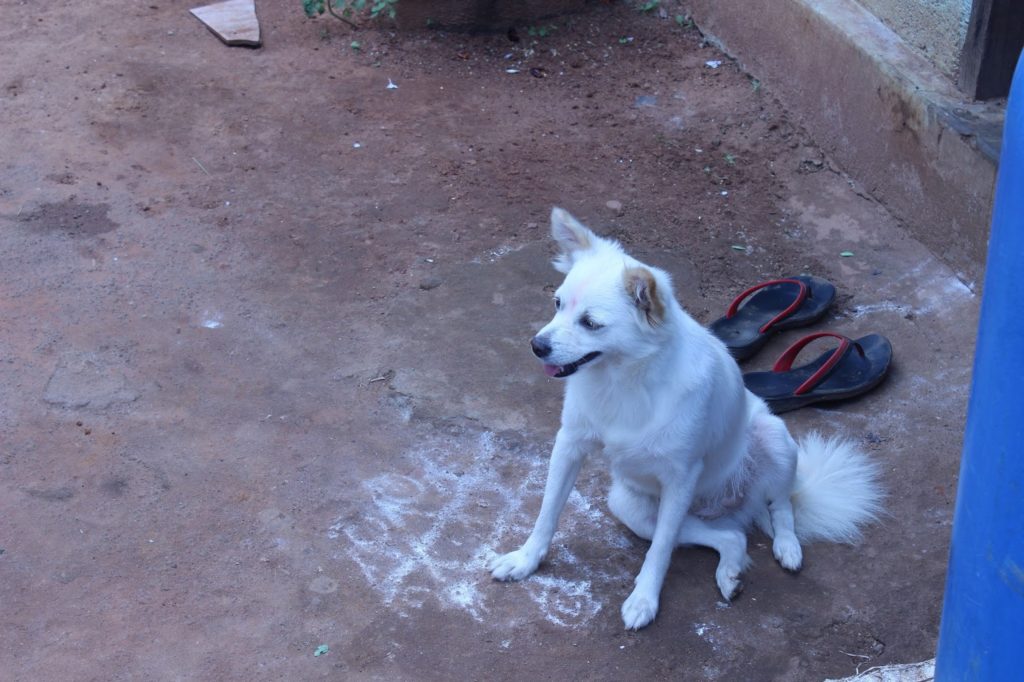 After a while, we bid them goodbye and made our way back to the car.  I love how not only do I get to meet interesting people during my travels, but also such adorable creatures.. 🙂