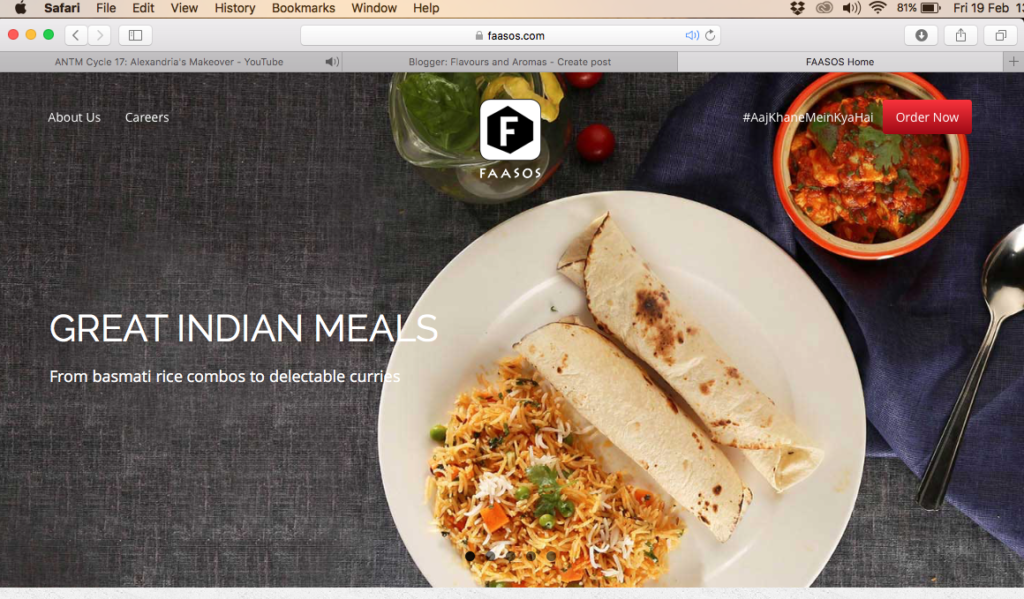 Have heard of Faasos, but was yet to try it. recently a friend said he had ordered through them and the food was good, he also shared a code that would allow others a discount of Rs50 on their order. So, I decided to give it a shot. Only hiccup was I had to download the app. Oh well, here goes is what I thought.
Downloaded the app, opened it, explored it a bit before choosing some filters and finally made the choice. There are wraps, Indian meals, Combo stuff across both veg and Non veg. I picked the Dal Makhani Rice Combo which was priced at Rs139.
At the final check out, I chose COD and that was that. I got a call few minutes later asking for exact directions to my place and within 40mins the food arrived. neatly packed and I got a Paper Boat as well along with my order.
The portion was good enough for a person and Dal Makhani was really yummy. They also gave a packet of pickle and some chopped onions along with a menu and cutlery. Was quite impressed with the app and service!! There was also a message that popped up asking for feedback few mins after the order was delivered.. 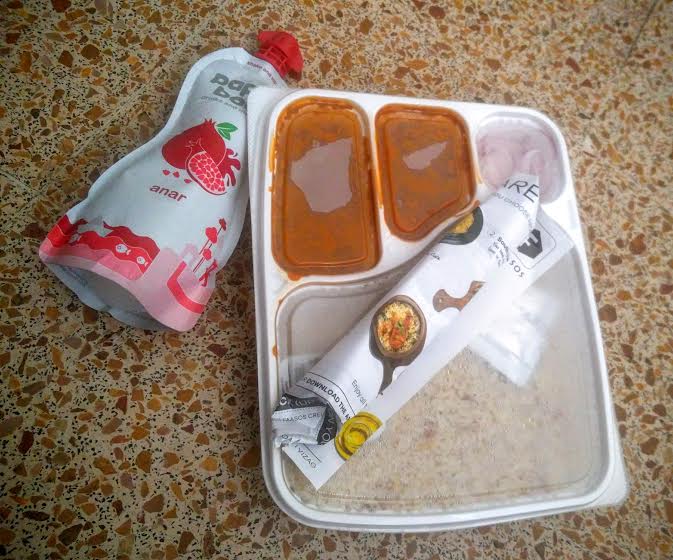 Go on, check it out.. download the app and give it a shot!!