Wanting to do something new, something offbeat, we decided to head out and explore Old delhi – Chandni Chowk to be specific…After walking up and down the streets, amidst crazy crowds, listening to people bargain till their throats ran dry,we headed out on a small food hunt, well it was more me than others, they just tagged along sweetly..  Earlier that day on Instagram I had spotted a picture shared by a friend that looked interesting, I commented asking him where it was from and he replied Delhi. I once again commented asking for details, and all he said was “Khari Baoli”. I assumed there would be a step well around here somewhere [ since Baoli meant well/step well], but there was no sign nor did anyone know of it..
I had no clues where this was, but when we enquired came to know it is the largest Spice Market in Asia and was just around the corner. Everywhere I turned, i spotted shops retailing spices of all kinds, there were vendors selling fresh vegetables that looked so tempting and it was an assault on our senses and a feast for the eyes as well..
Once again, few stores down, I actually showed the picture to a hawker asking if he knew where this was available. He instantly pointed to a store down the road and said Gole Hatti was the shop to go to. They were quite amused that I was on haunt based on an image from the internet that was visible on my phone. 🙂 Was quite amusing watching their reactions, one guy called another guy and they both chirped away animatedly telling me to head down the road. Friends had gone ahead and found the place before I got to them to announce the name of the place.. And there it was, in front of my eyes. I was excited, like I had found something I had been looking for all my life.. Such cheap thrills in life, right? Went over to the counter outside and showed the man there the picture asking if they had the dish. He once again beamed, was full of questions and said they did have it, just enough for two portions. It is mostly served during lunch, and they had nearly run out of the stuff. 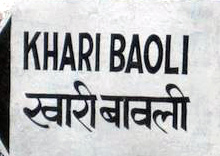 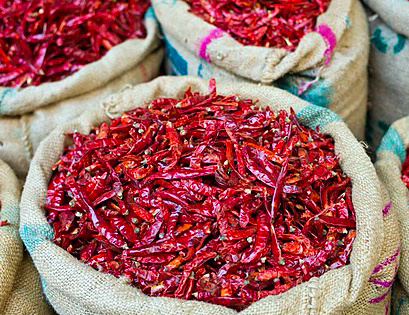 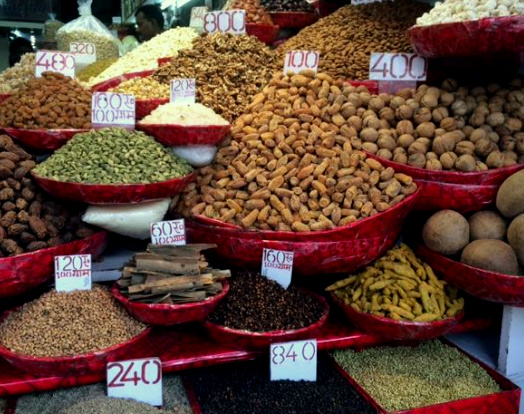 It was nothing complicated- a matka pot with basmati rice at the bottom, a spoonful of Chole, a spoonful of Palak and some fresh vegetables sliced up on top- Radish, carrots and onions. It was called “Khullad wale Cholle Chawal” or “Palak Chole Chawal”.. We took our prize inside the small restaurant, found a table sat down to sample it. Simple dish but was delicious[was priced at Rs 60].. I couldn’t stop smiling and my friends were quite amused… 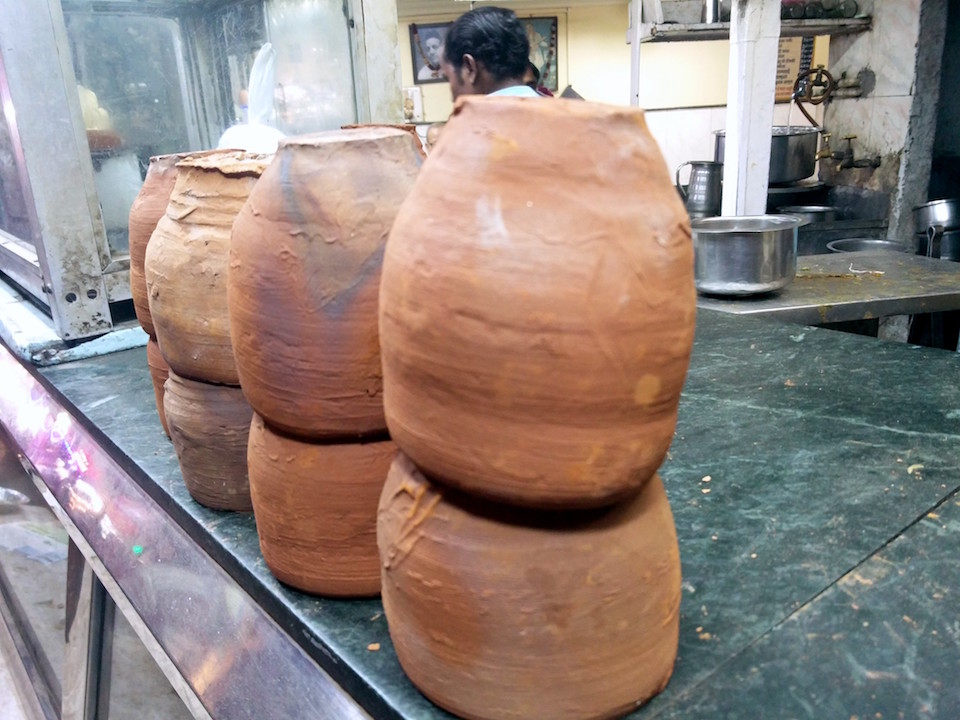 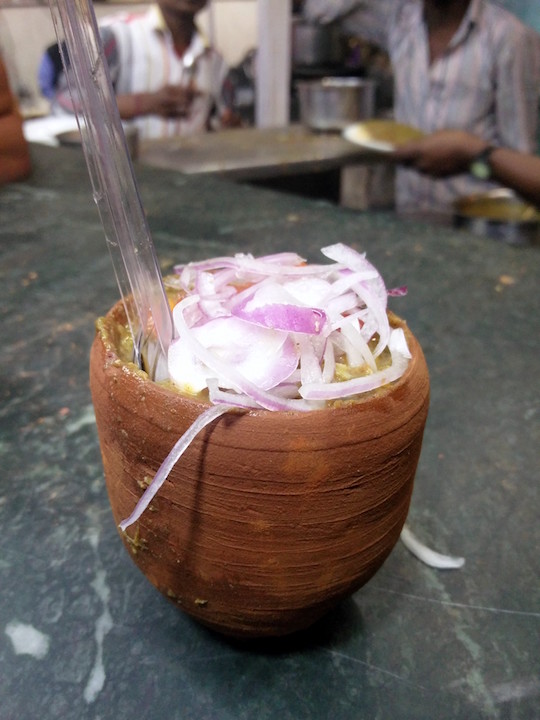 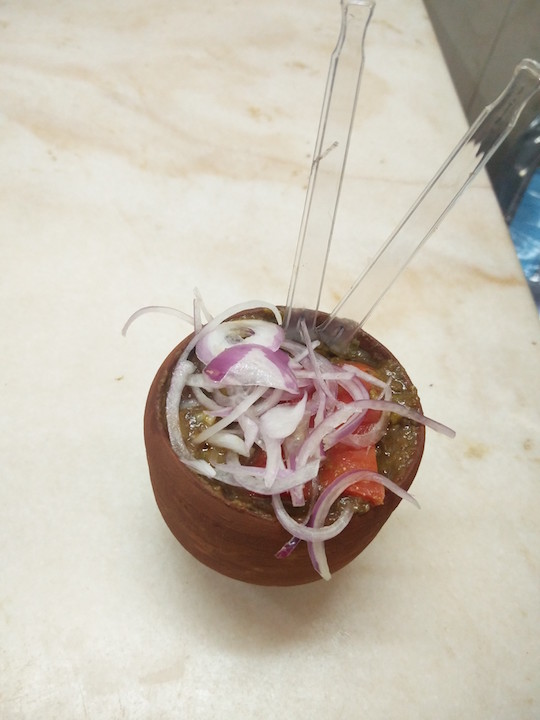 During the evening, through the little chit chatting here and a hello there, I came to know that Khari Market was established around the Fatehpuri Masjid [Mosque] that was built in 1650 by Fatehpuri Begum[one of the wives of Mughal Emperor Shah Jahan]. It was intact a ‘Salty Step well’ that was constructed during the Mughal Emperor’s reign wherein this salty water well was used for bathing animals. Nobody knew where the well was or if it is still around.
As we walked back towards the Metro Station, the hustle and bustle of the market continued, people shouting to each other, vehicles nearly crashing into each other and people elbowing their way through the crowded alleys.
Address:
Gole Hatti
2-4, Church Mission Road, Fatehpuri, Chandni Chowk, New Delhi