We got off the ropeway and began walking back towards the shop we had entered to reach here. It was again quite a walk, but this time we were all tired and hungry/thirsty as well. Finally we reached the store, and decided to take a short break before getting back on the road again. We got the guy to make us a masala pepsi which was quite a soother.. When we enquired about the ropeway to Chandi Devi, we were told an auto had to be taken to go up the hill and it would cost us like 350bucks. After a bit of haggling and debates, we gave in and took the auto. It is another 5-8 kms from Har Ki Pauri..

The auto guy dropped us near the ropeway and said he would wait for us there. We made our way through the gates, a small children’s play area towards the Ropeway. And off we went on another adventure ride up the hill. This time the ride was few minutes longer, 5mins to be specific and scenes were quite different as well. There was a beautiful forest beneath us and we noticed men standing near each of the towers. We wondered how they got there, what was their job and how boring/scary it must be just standing there all day!


Anyways, we got off the ropeway, had to go up a flight of steps, before reaching the main temple premises. Left our footwear and made our way towards the last flight of steps which were quite steep before reaching the main shrine. Wonder why God wants us to do all these treks to come visit them!! It is never as easy as getting off the road and walking into the place..


When I was asking around about the temple, I came to know it is among the famous Shaktipeethas in Norther India. People come to this temple if they have a wish.  According to the Hindu mythology, Lord Indra’s kingdom was taken over by two demon kings named Shumbh and Nishumbh. When the demon kings crossed their limits, Chandi Devi was given birth from the cells of goddess Parvati. 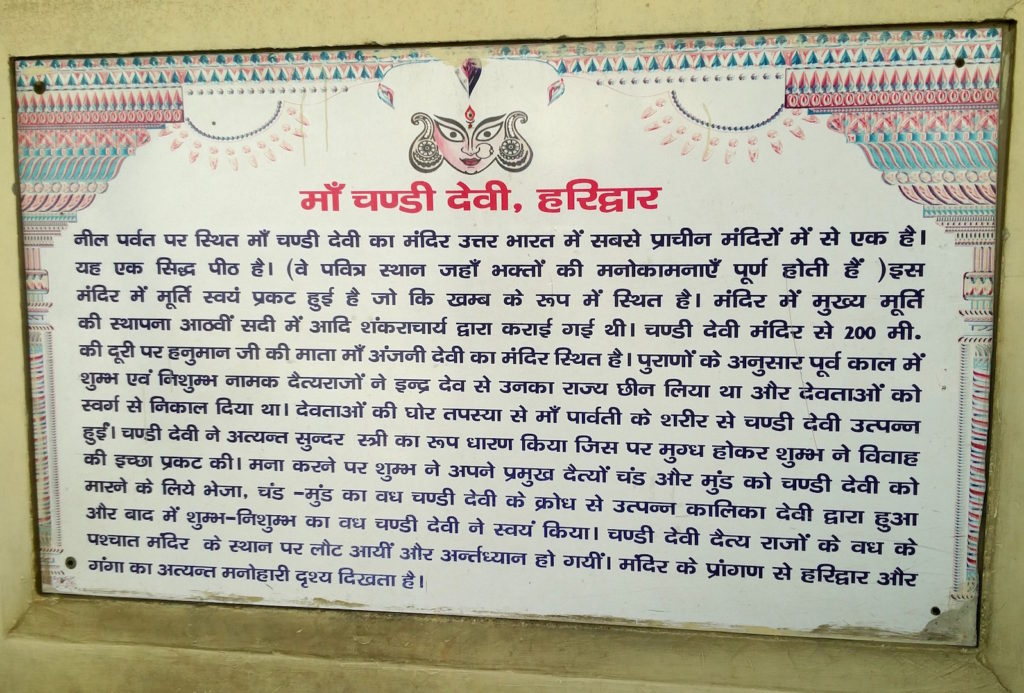 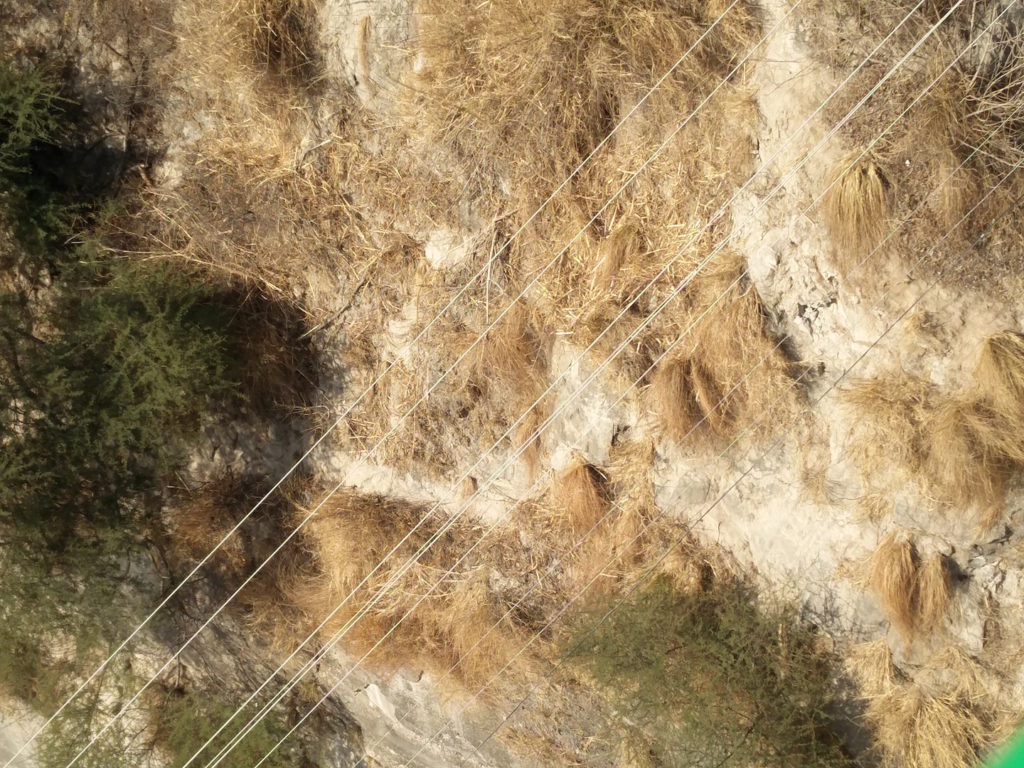 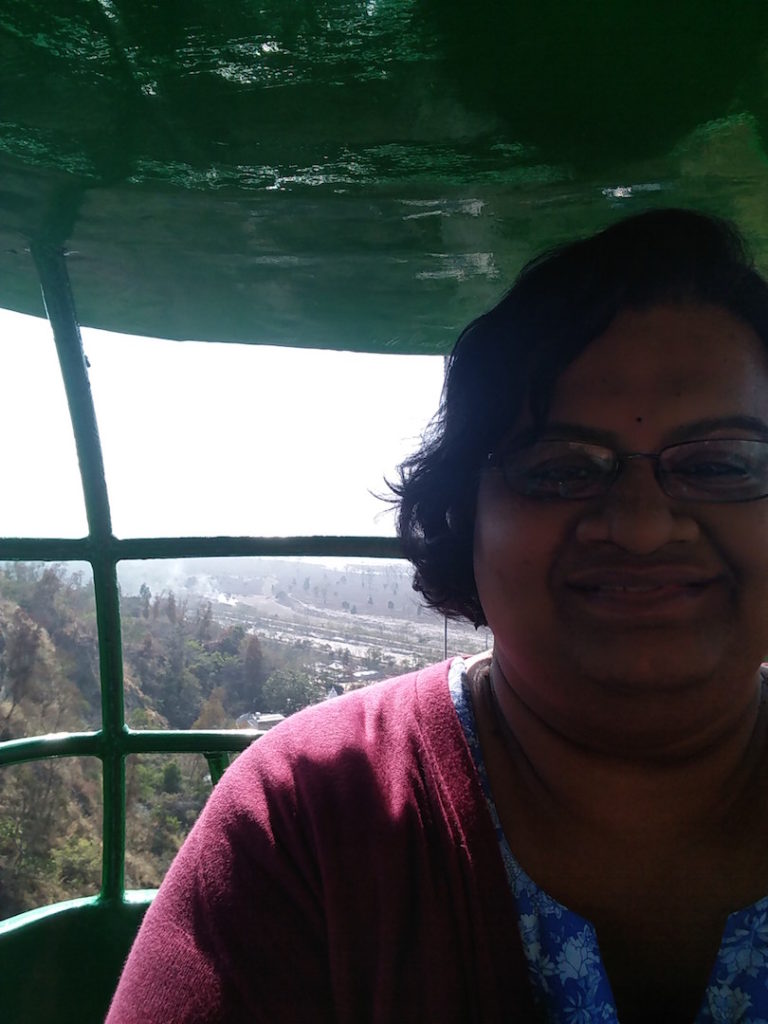 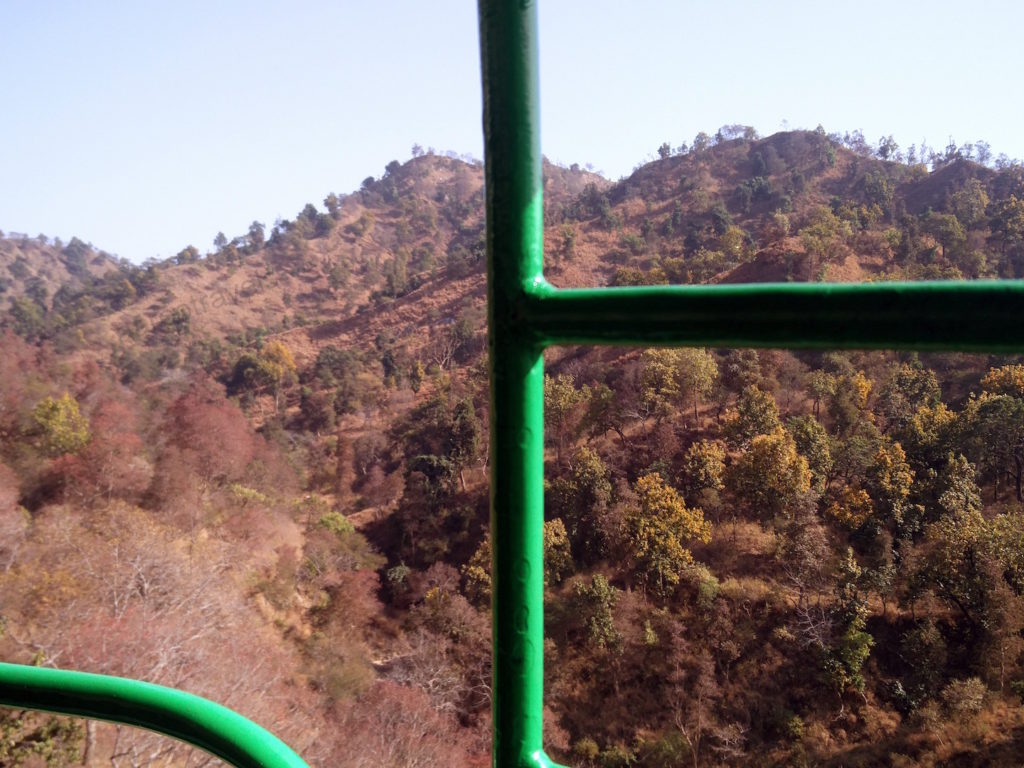 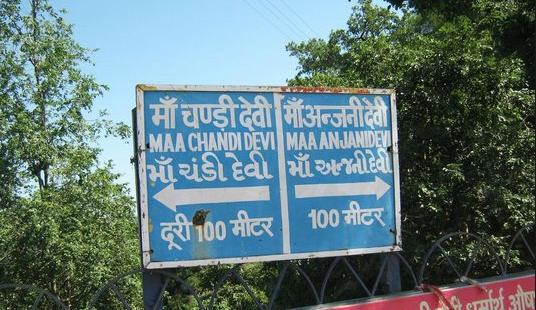 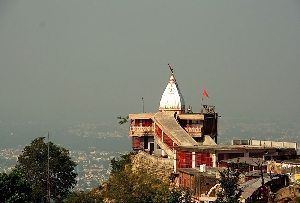 Chandi Devi Temple, Haridwar (Hindi: चण्डी देवी मंदिर, हरिद्वार) is a Hindu temple dedicated to Goddess Chandi Devi in the holy city of Haridwar in the Uttarakhand state of India. The temple is situated atop the Neel Parvat on the Eastern summit of the Sivalik Hills, the southernmost mountain chain of the Himalayas. Chandi Devi Temple was built in 1929 by Suchat Singh in his reign as the King of Kashmir. However, the main murti of Chandi Devi at the temple is said to have been installed in the 8th century by Adi Shankaracharya, one of the greatest priests of Hindu religion.[1][2] The temple also known as Neel Parvat Teerth is one of the Panch Tirth(Five Pilgrimages) located within Haridwar. [Ref wikipedia]


While we were getting for our turn to say our prayers to the Goddess, a woman ahead of us burst out into screams and that she had been possessed by the Goddess. Her family took her aside and tried calming her down.. Oh well,the things you see in these places… I shrugged it off and made my way out of the temple, checked out the few stores along the way before heading back to the ropeway station.. I was kinda done for the trip, I was done with temples!! I am one of those who believes I don’t really have to go to a place of worship to make a wish/prayer, and am happy doing it my way..


The ride down was fun, and we intact wanted to do just another trip up & down.. but the scaredy poo in our gang wouldn’t hear of it… We instead went down to the cafe and risked our lives having what they called Masala dosa and rajma chawal..both were quite sad…


The one thing you need to watch out for in these places are the monkeys.. They are quite a menace, infact we spotted a lady standing near the wall as two men chased after monkey that had stolen her handbag.. wonder if she got it!


Oh well our time in Haridwar was coming to an end, cos the next morning we were off to Delhi and then onwards to Chennai …