Once we were done  visiting the Chandi Devi Temple, we were off to Delhi before catching our flight back to Chennai… But we did have a few hours in Delhi which we decided to put to good use. A friend had shared the update that the Mughal Gardens was open from 12th Feb to mid March [as it is every year] and that is where we headed. I had read about these gardens and knew it was going to be an interesting experience.. We had breakfast and made our way to the Garden side gate. There were tents where you go leave all your belongings, you are allowed to carry your phone and wallet inside. It is advisable to carry a Photo ID [incase they ask] and then go stand in a queue, pass through a security check before entering the grounds. 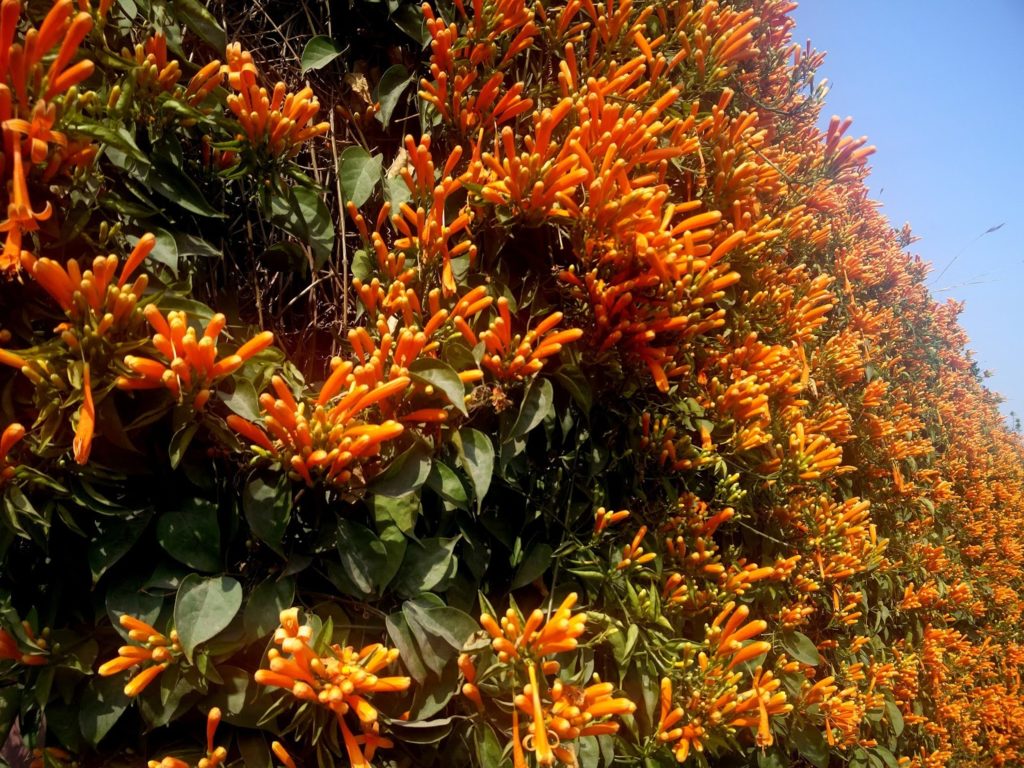 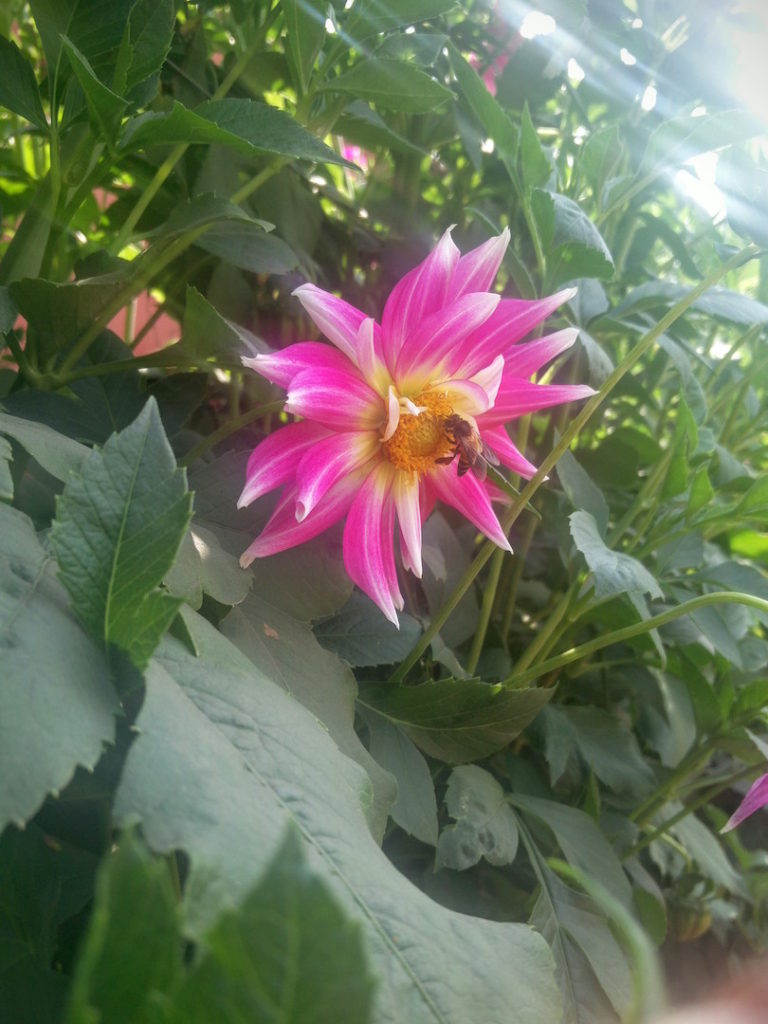 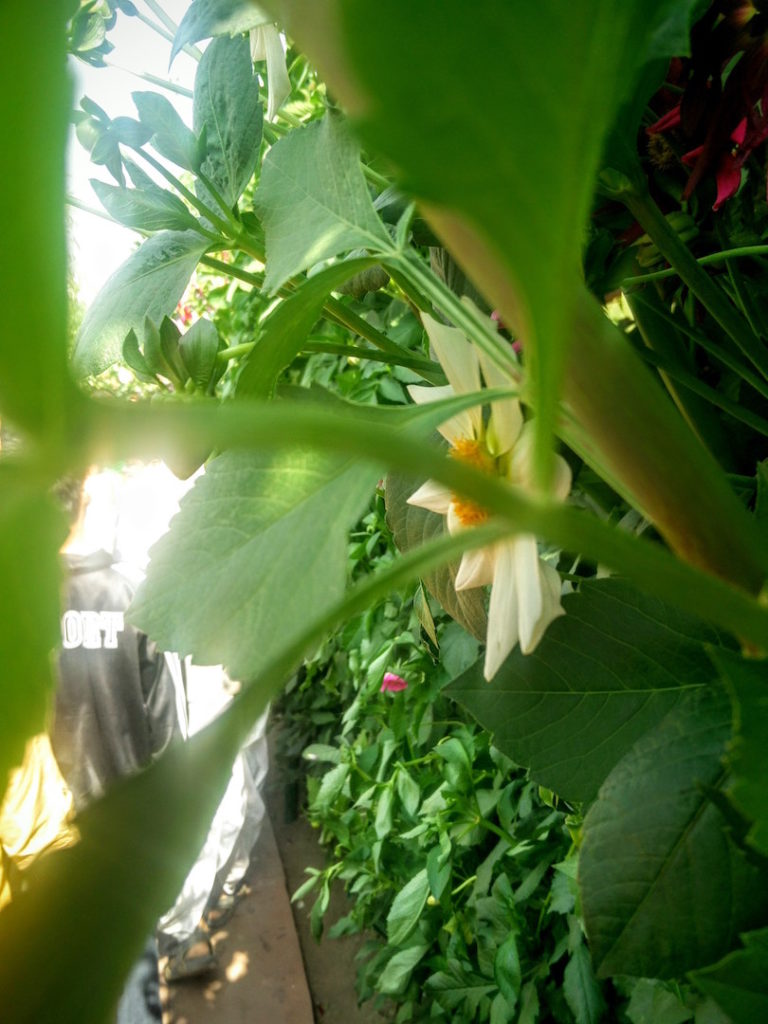 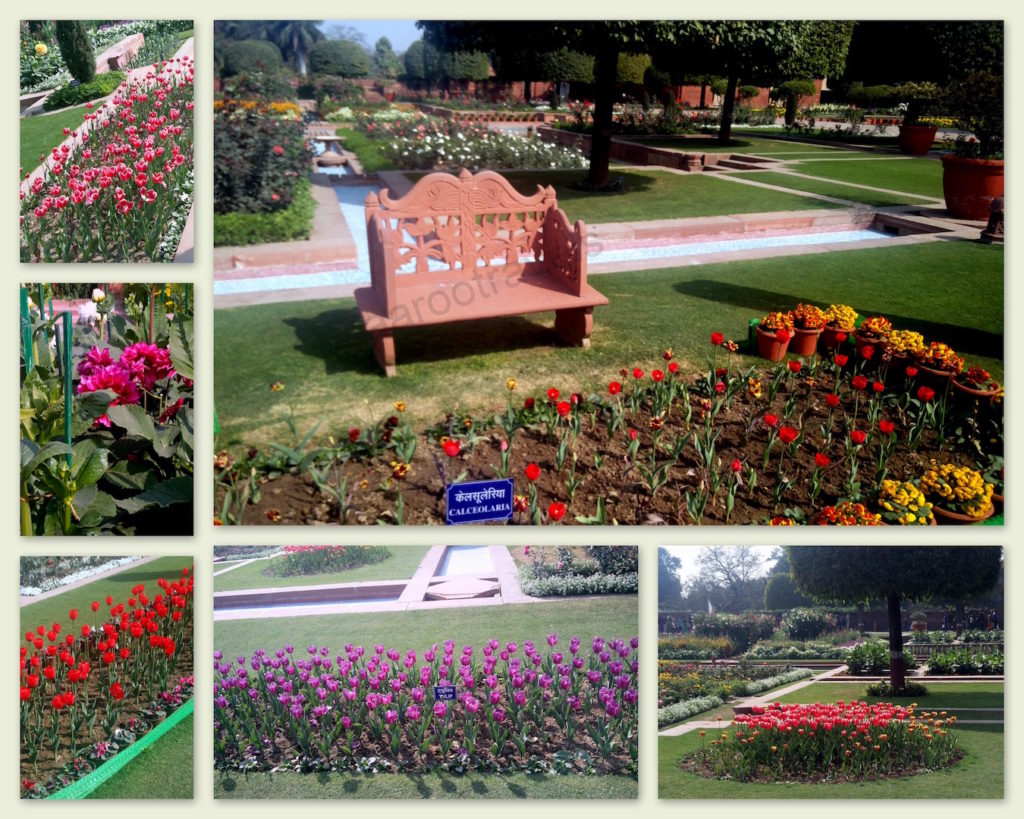 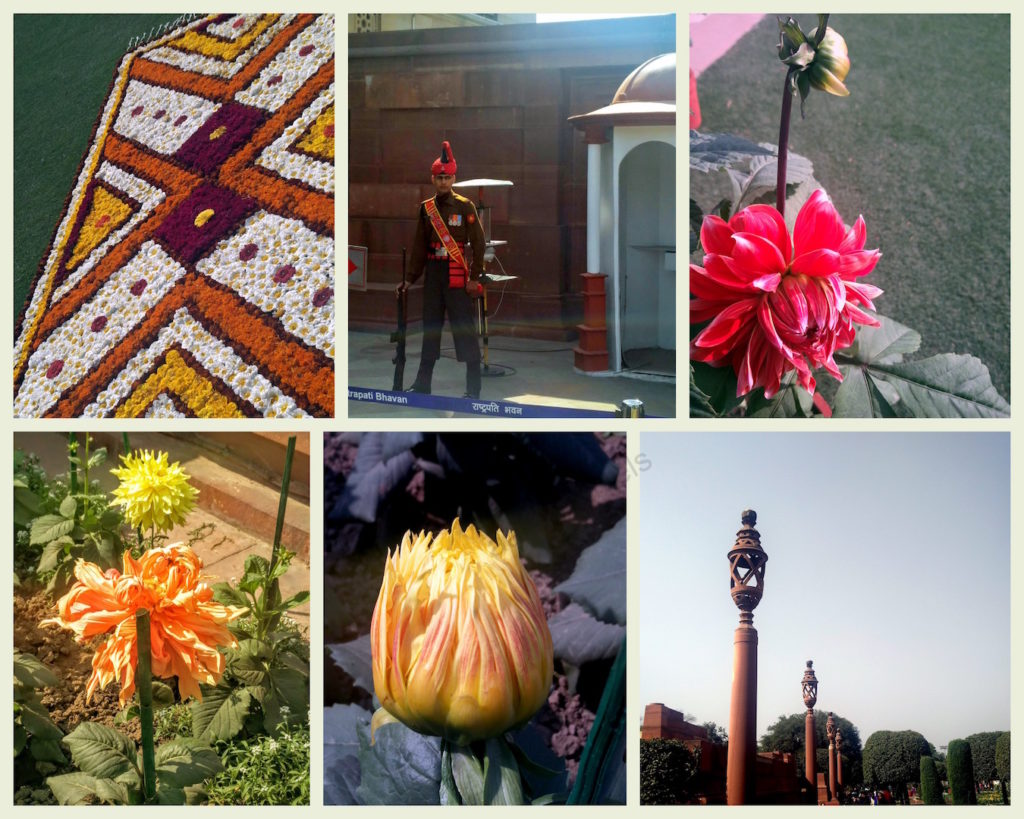 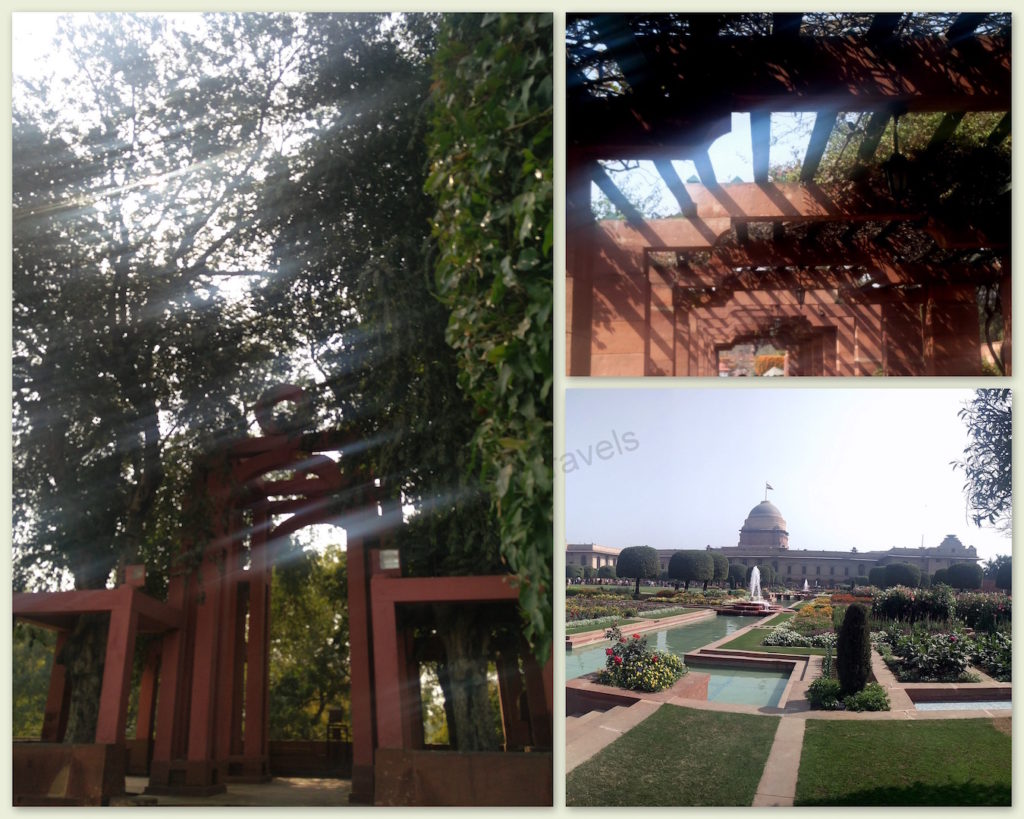 From there it is a long walk to the gardens. First came the Herbal Gardens with Tulasi and other such plants [33 medicinal and aromatic plants], then came the Bonsai Garden[250 plants] , the  Cactus garden  [80 varieties of cacti] following which we walked along a path that had Musical Garden [12 musical fountains swaying to the notes]. The place is huge, a security guard I chatted with mentioned it was nearly 15-18 acres and there were over 70 varieties of flowers. The gardens were closed on Mondays for maintenance and open from 9am to 4pm on other days.

As we walked up the steps around the corner we spotted Tulips in different colours [brought down from Holland], Roses, and flowers I had never seen before. there was also a plant with a lower called ‘Lady’s Purse’, [it is said to resemble a woman’s handbag]…

The founder of the Mughal empire, Babur, described his favourite type of garden as a charbagh. They use the term bāgh, baug, bageecha or bagicha for garden. This word developed a new meaning in India, as Babur explains; India lacked the fast-flowing streams required for the Central Asian charbagh. The Agra garden, now known as the Ram Bagh, is thought to have been the first charbagh. India, Bangladesh and Pakistan have a number of Mughal gardens which differ from their Central Asian predecessors with respect to “the highly disciplined geometry”.  [source: Wikipedia]

We spent nearly 2hours here, spending time reading the name tags, enjoying the beautifully manicured lawns and landscapes. But the one thing that irked me to no end was the local crowd behaving in an unruly manner. They would sprawl on the lawn or hold a flower and click pictures ignoring signs that said one was not to step on the grass or touch the flowers. The security guard mentioned it was quite a hassle dealing with the crowds. I intact suggested they put a note banning cell phones as well[ people would then stop doing these antics. Agreed crowd numbers might come down, but only the serious interested ones will come over to see the gardens] There were quite a few birds across the gardens, I also spotted butterflies amidst the plants. Scattered through the grounds were quite a few water fountains and sculptures as well.

As we walked out of the place, we walked along a path that had water cans on one side, just what we needed after the long walk. Here too, we spotted quite a few drink water in the paper cup and throw them all over. Quite irritating! I don’t mean to preach, but an extra second is all it takes to throw it in the bins provided… Oh well, people will hopefully learn soon.

We let the gardens feeling overwhelmed at all that we saw.. The Rashtrapathi Bhavan in all its glory and the beautifully manicured gardens were quite a sight.. And with that our time in Delhi was coming to an end.. we had just about enough time to pack up and head to the airport. Ah, what a trip this has been…