It is always good to see big brands make an entry into Chennai .. Recently Burger King opened doors and following suit, Chili’s too has arrived. Having heard a lot about this Tex-Mex restaurant, I was quite keen to give it a shot. But then it is quite hot here and the last thing on my mind was food, but when I got an opportunity to visit Chili’s, I decided to go for it.

Here’s a quick round up of what I had before I go on to share my experience…. 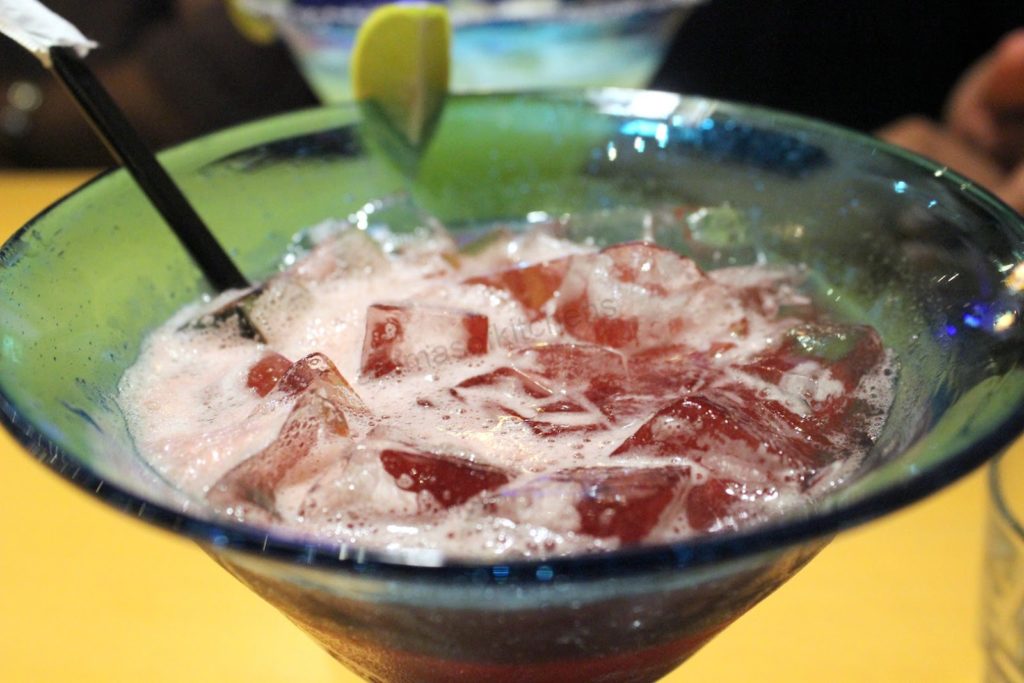 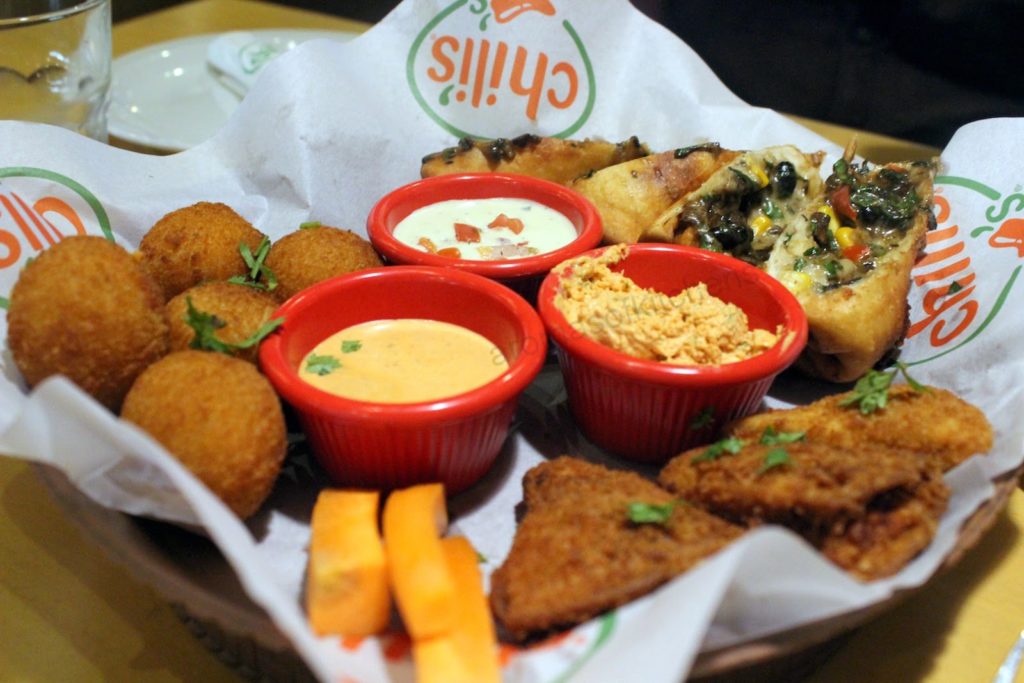 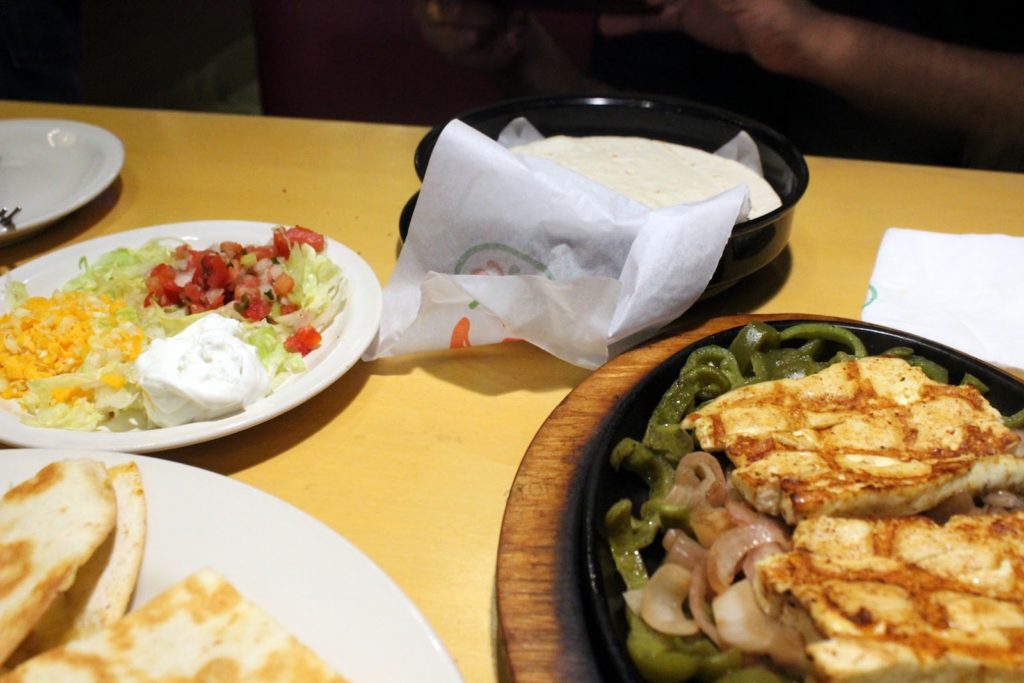 Flour made tortillas served with a Classic Paneer Fajita
and assortment of cheese, sour cream, salsa 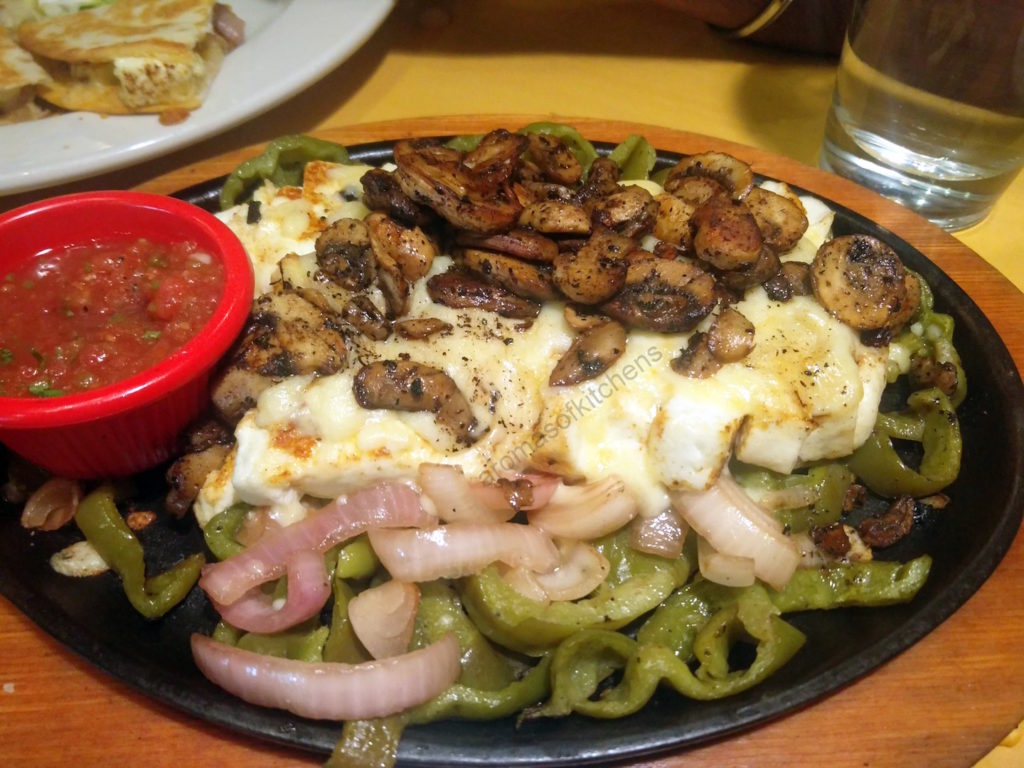 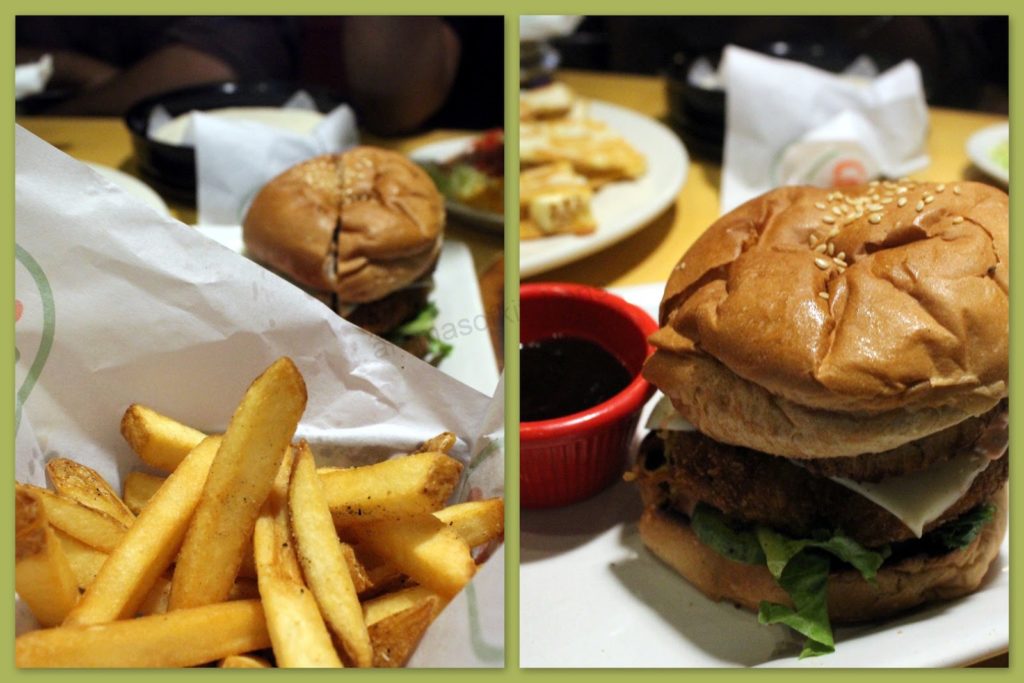 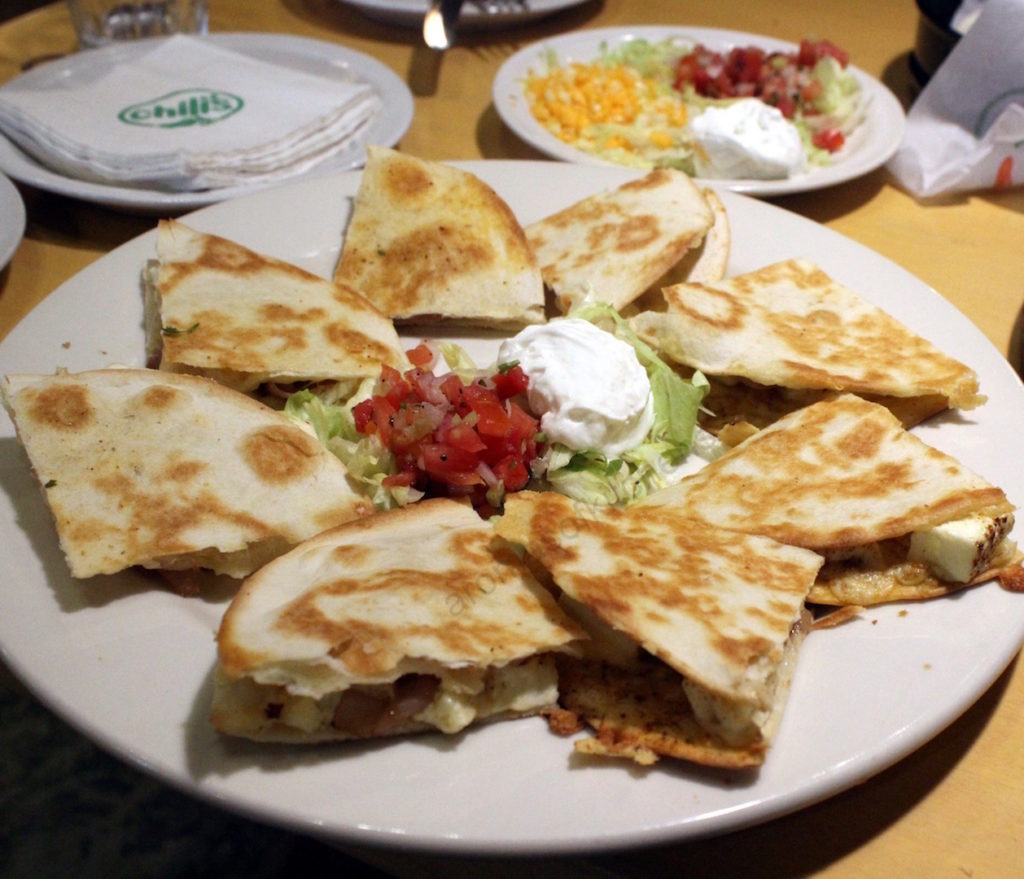 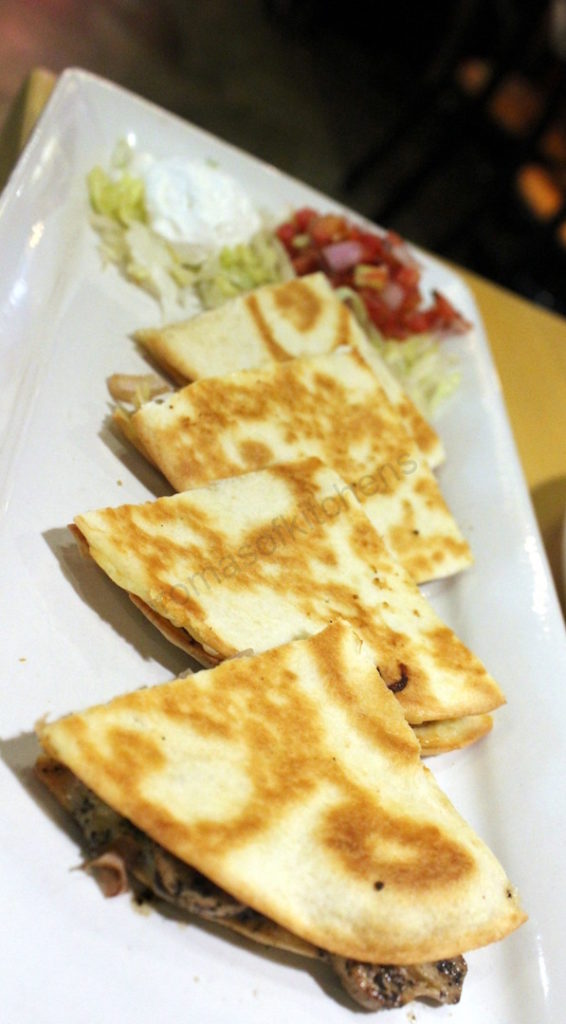 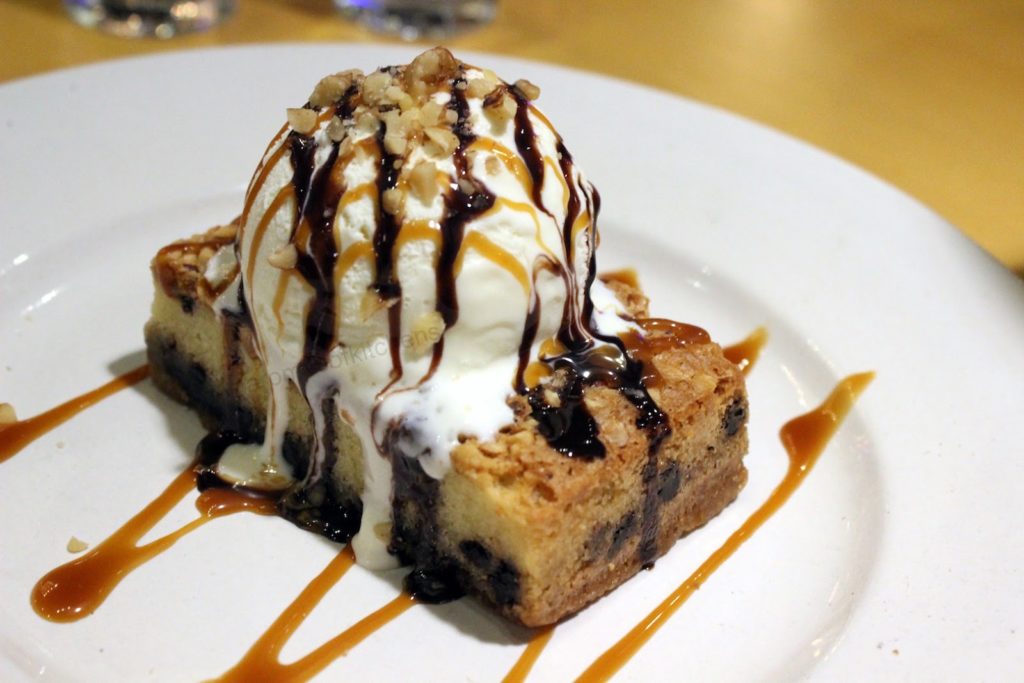 Paradise Pie – Coconut based cake, with a layer of hot chocolate brownish at bottom with a scoop of ice cream, chocolate sauce, nuts and caramel.

Now that you have feasted on the photographs, here is something to read..

The first thing I noticed when I walked into the restaurant was the space. It was not crammed, and there were plenty of light, which is always a good sign,you feel good spending time at such a place. And then came the music, oh it was fabulous. It was songs I had grown up listening to and loved till date, and I shared this with the Manager as well. He went on to say they were looking at maybe introducing a Jukebox of sorts which had me excited.  Another thing I noticed was the place did not have a million guys walking up and down, it also did not mean they were understaffed. And the staff wore red and green t-shirts with name tags on them. We had Suresh who came over, introduced himself and went on to take care of us through the two hours we were there.

The meal opened with a refreshing drink served in a ginormous glass, am not exaggerating. While mine was filled with berry goodness, I wish the rim had a bit of salt, it would have cut through the sweetness of the drink. While I have shared images of all dishes we were served, the ones that I enjoyed were the Starter platter, each of those items was sinfully good, so were the dips that were served alongside them bites. The cheese pops were the best of the lot, close on heels came the sw rolls that had mushrooms. The first thing I wanted to order was a portion of Guacamole, but alas the avocados weren’t ripe enough and so they did not have it on the menu.. Felt tad bad, cos to me Mexican cuisine is all about the tangy avocado married with lime juice, tomato, onion, chillies and coriander.. Oh well, maybe next time~

As for the rest of the dishes, if you are one who loves paneer, you would be in some kind of heaven. I for one have a bone to pick with all these restaurants that pride themselves in having an extensive veg menu but end up serving you paneer on everything. Infact, just before we began our meal I was telling the others on the table how i have started to hate the sight of paneer these day, mainly cos some restaurants and cafes give me a slab of grilled paneer with just about anything I order..

We were served Paneer fajitas, Paneer Quesadilla and another fajita that had sautéed mushrooms on top of a bed of paneer covered in cheese. Sigh.. But i did take a bite of the dishes, which tasted good but nothing wow about them. And then came the Mushroom quesadilla which was just the dish for me. Loved the flavours in it, till I bite into a piece of paneer in that as well. :/ The veg burger and fries were good, the patty was the melt in your mouth kind… big big thumbs up!

Yes, you see the trend here…. anyways, we decided to wind up and order one dessert, which had me grinning. It was the Paradise pie, warm and delicious…

I did hear from friends they have quite a kickass range of dishes for the non vegetarians… If you are a fan of chili’s or are curious about the place, do give it a visit when in the mall. Good thing is it is a stand alone restaurant and the music is divine!