It was our second evening in Haridwar and we were headed back to Har Ki Pauri as friend wanted to do some shopping and we wanted to catch some of the street food available out there. As we walked towards the bridge, we came upon a Jhalmuri vendor standing near the steps along the river Ganges.
You don’t need to be hungry for street food, right? So, we went ahead and bought two packets of it. It was priced at Rs20 each and was quite a large portion. The man said he had been making it there for years now and promised us we would love it. His puffed rice barrel said “Ghalmudi Bhelpuri” on it..  I thought maybe thats how the called it around these parts of the country and left it at it.. 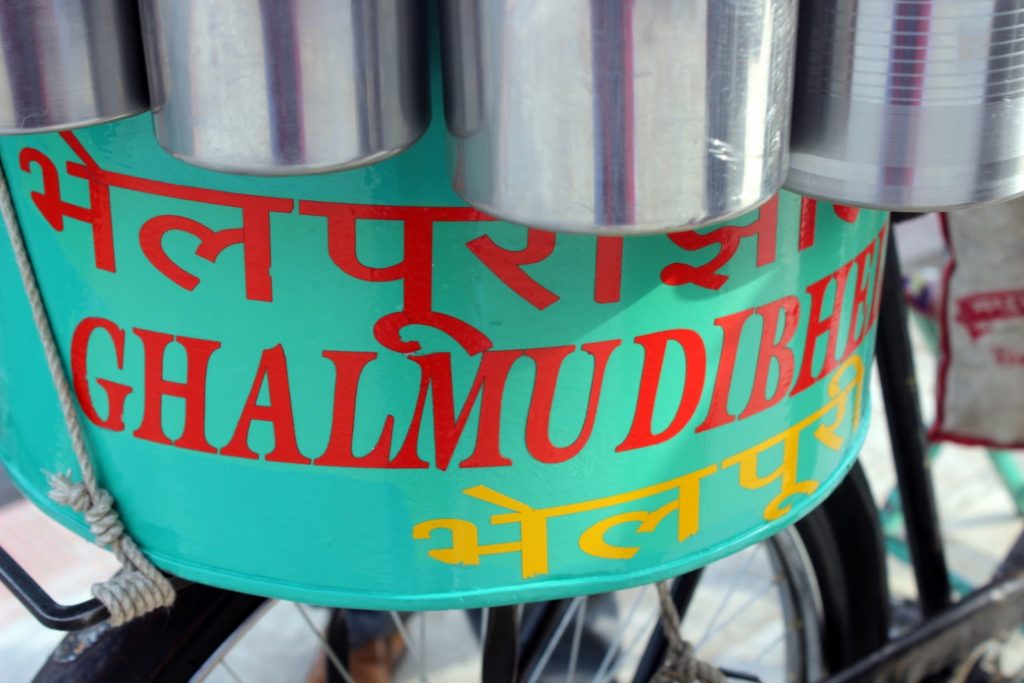 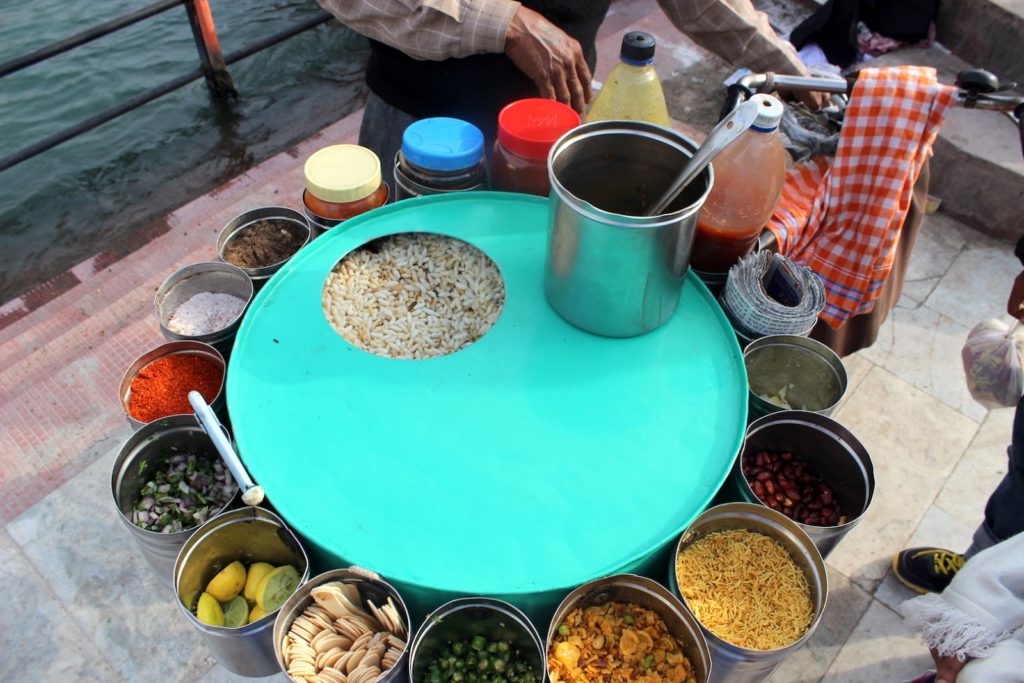 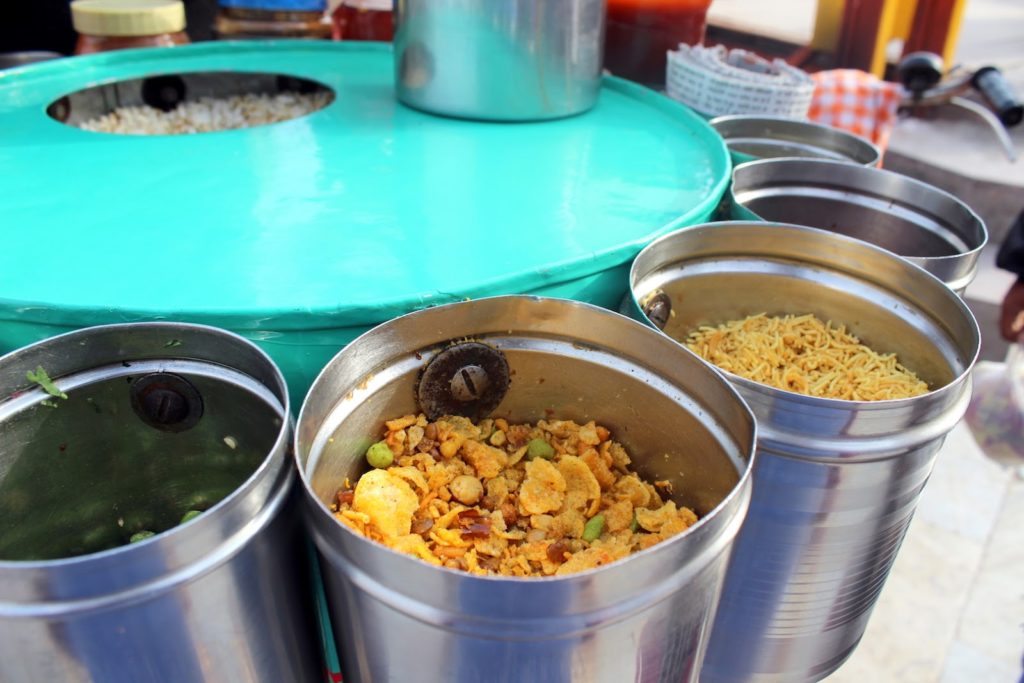 From what I knew, Jhalmuri is similar to Bhel Puri, just slightly different with a different name. The street food snack originates from Kolkatta and is quite popular in that state. Like its close cousin Bhelpuri, this is made with puffed rice as well. The puffed rice is tossed with potato, raw mango, cucumber, tomatoes combined with a medley of spices and sauces. The one thing that stands out in this chat is the use of mustard oil.

It was fascinating watching him put it together, a sharp small knife was used to chop up the veggies, he had a number of boxes hanging from the side of his cycle that held the various condiments that went into the dish and bottles that held the sauces. He even added a few pieces of raw mango and sweetly held off on coriander cos I requested the same. There was one container that held wooden spoons as well.. What a fun set up~