It was Sunday, and I was up by 4.30am.. Had kept the alarm for 5 and told gramma & mom to wake me up, which both of them did [in their half sleep state] but I was up before their calls. You are probably wondering why I was up at that unearthly hour, that too on a  Sunday.. Well, I was off on a heritage tour to Kovur.

It was a tour organised by Sriram V and sounded very interesting.. Here is what the mail read,

“Tucked away in a remote corner of ever-expanding Chennai is tiny Kovur. An otherwise non-descript village, it is known for the fact that the Shiva temple here has five songs composed on it by Tyagaraja. The circumstances in which he came here and created these songs make for an interesting story. It combines with it a vast canvas of history, ranging from the Cholas to the East India Company dubashes. This being Tyagaraja’s 250th year of birth, what better way of celebrating his life and works than a visit to Kovur?” 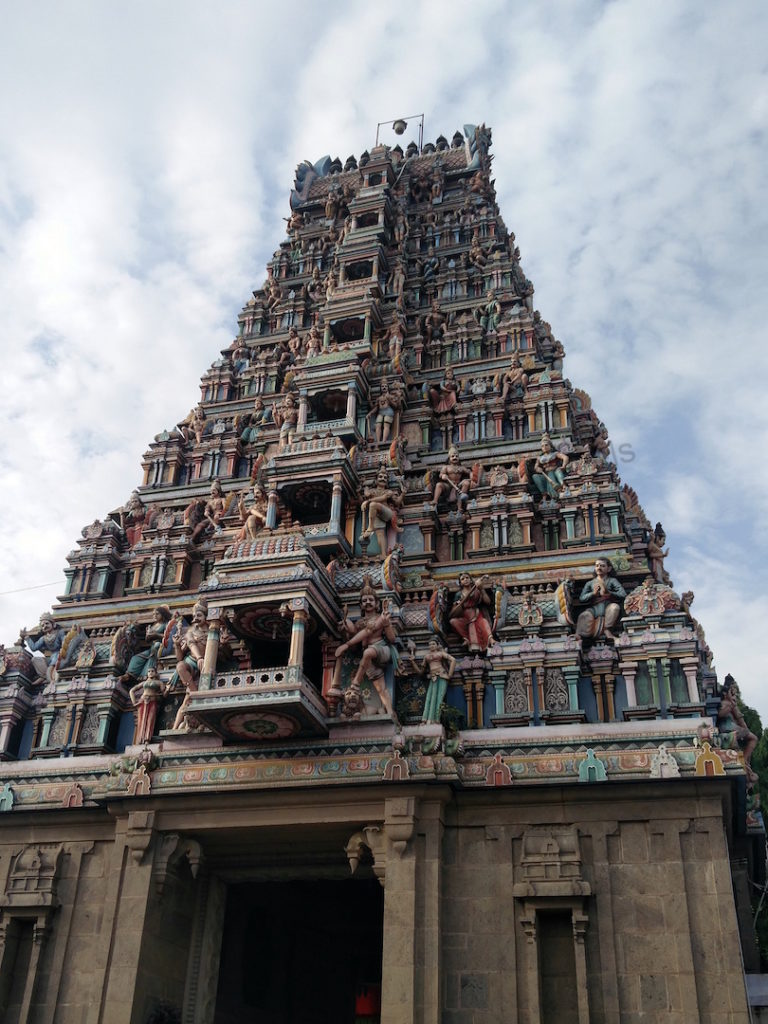 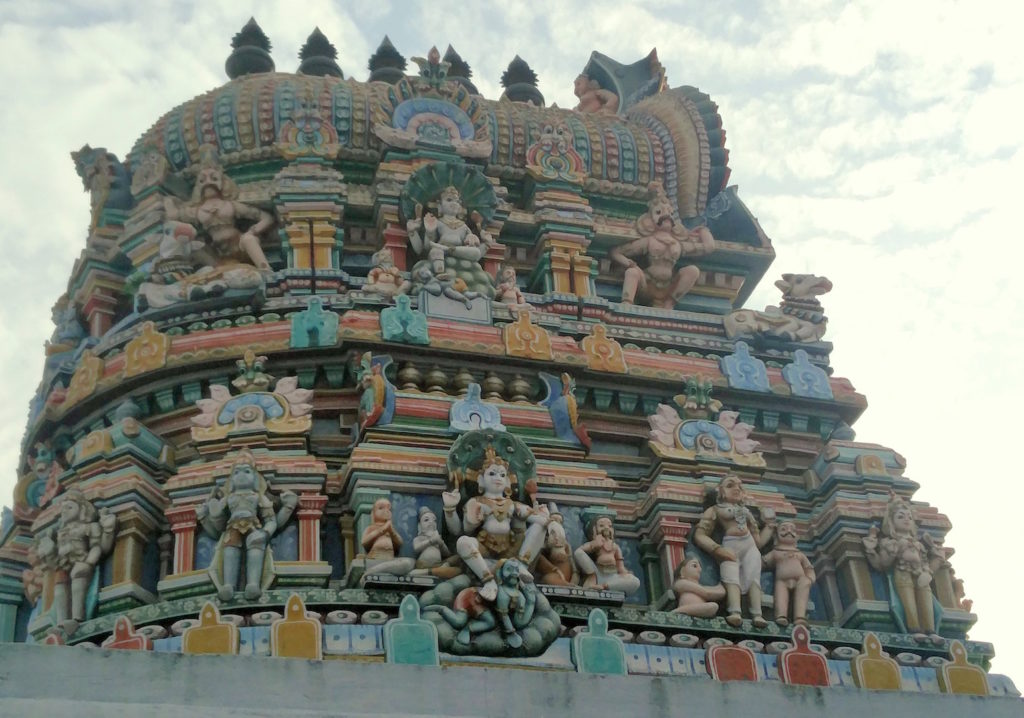 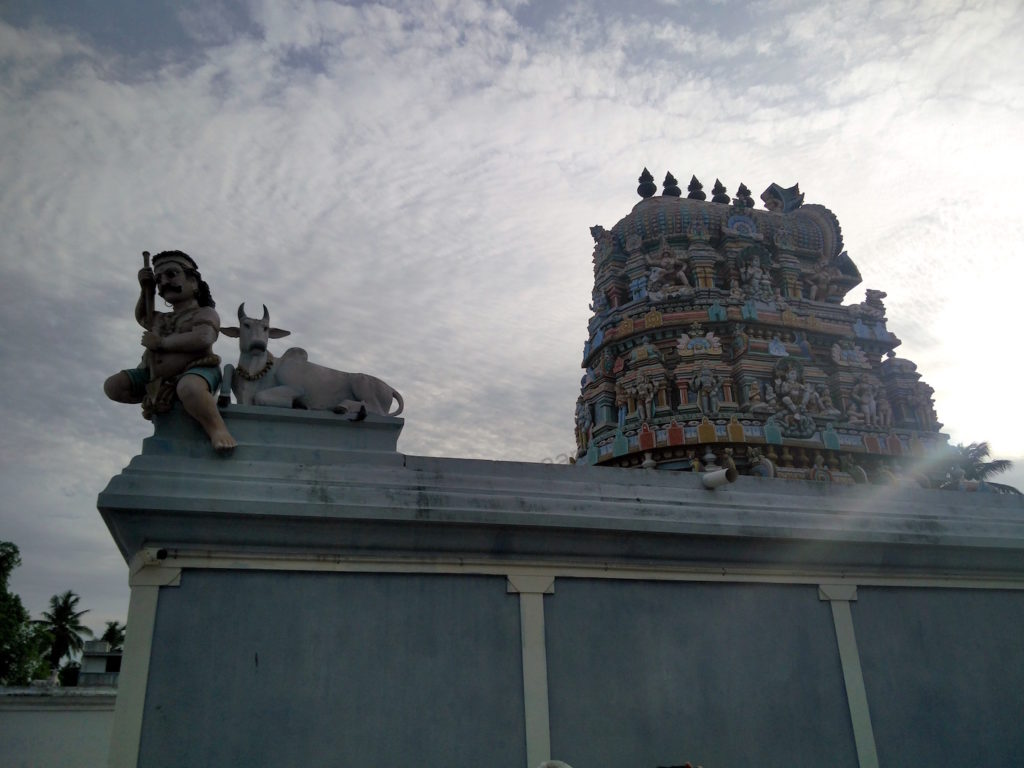 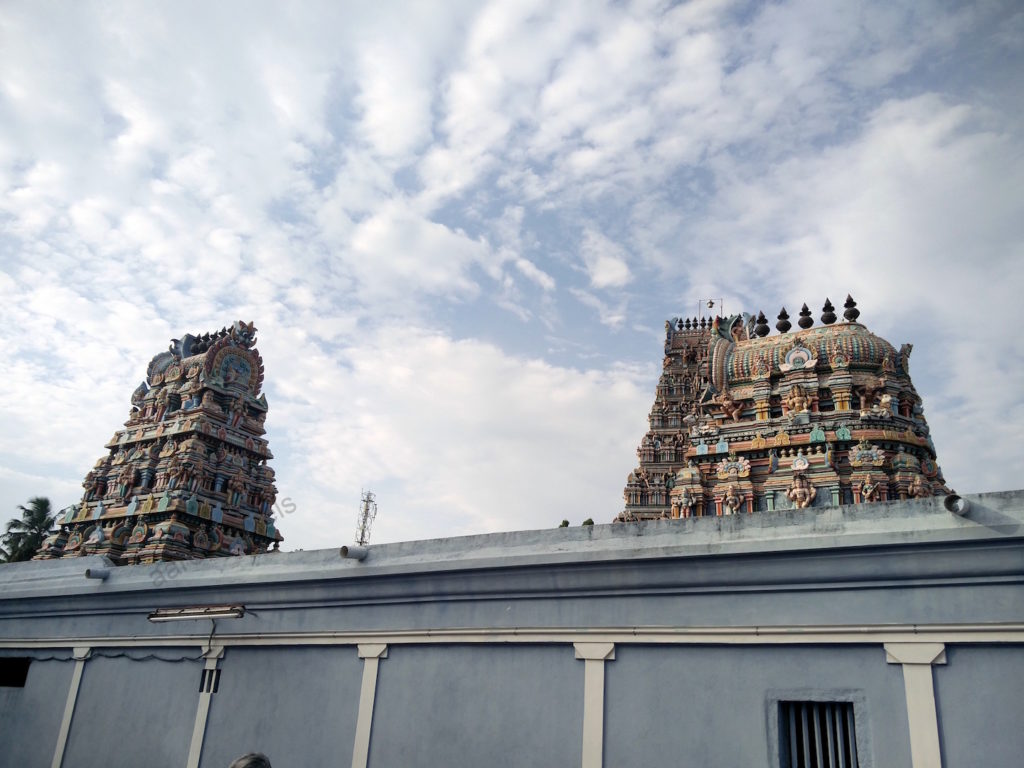 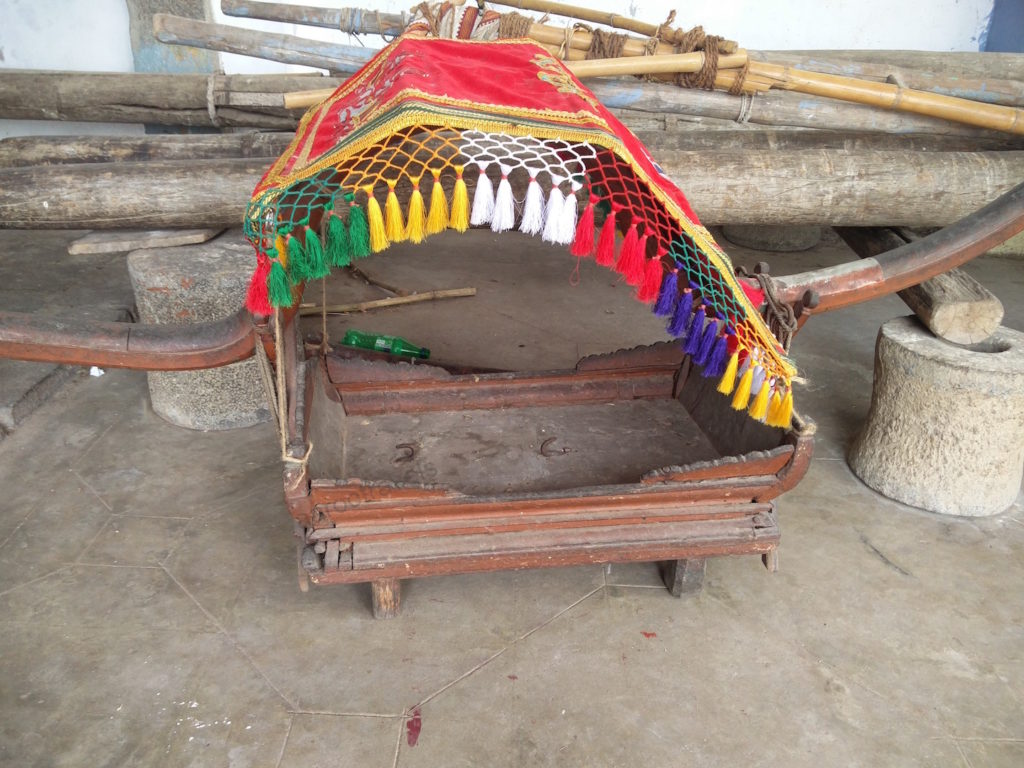 Now if that doesnt have you curious, i don’t know what will.. So, anyways, I made my way to the pick up point, said hi hello to the familiar faces and connected with a few new faces as well while waiting for the bus. We boarded and were off to Kovur. Along the way, Sriram gave us some insight into Thyagaraja Bhagavathar’s life…


The carnatic music legend Thyagaraja is renowned for creating nearly 78new ragas, of which Karaharapriya & Harikamboji are two ragas that are extremely popular today..


Not much is known about his mother, but what people do know is he had two wives, a daughter and died in 1847..


Few other tit bits gathered were that,

If you know of any other trivia, do share, would love to know more about this legend…  Alright, now coming back to Kovur,we were headed there to visit the famous temple -Sundareswarar Swamy Temple.. The bus ride was about 30mins to 45mins… The temple is situated just beyond Porur, we took a turn after MIOT hospital and few kilometres ahead was a narrow road that led straight to the temple. With tall Ashoka trees lined up on either side, hiding the dilapidated houses/buildings behind them, we made our way to the entrance.


Dedicated to Lord Shiva, the temple was built by Kulothunga Chozha [7th century] and the main gopuram and other shrines were added on later by Pallava Ruler.. The main God here is Sri Sundhareswarar (Thirumaeneeswarar) and Goddess Soundharaambigai (Thiruvudai Naayagi).


According to legend, Goddess Kamakshi was doing penance on fire in Maangaadu [a town not far off form here] because she wanted Lord Shiva to marry Her. Her penance was so powerful, Lord Shiva was in meditation and so the entire place became too hot to handle. All the sages went and requested  Lord Vishnu to save the world and were directed to Goddess Mahalakshmi who took the form of a cow and went to Lord Shiva to wake him from the meditation to save the world. Lord Shiva did open his eyes and the heat subsided thereon. Since this is where Goddess Mahalakshmi took the form of a cow, it was called Kopuri (Ko meaning cow in tamil) and this later became Kovoor/Kovur.


One thing that stood out in this temple is the gopuram of the main sanctum is in the shape of “Gajabrushta” (elephant’s back) form.  Apart from the main shrines for the Lord and His Consort, there are shrines for Vinayaka, Subramanya, Dakshinamoorthy, Lingodbhavar, Brahma, Chandikeswarar, Durgai and Mahavishnu, known as Karunakara Perumal along with His Consorts


The temple main gopuram is the first thing you see and it is quite fascinating. There are seven tiers in total, and each of them showcase a stage in Thyagaraja’s life.  It is said that Thyagaraja visited this temple on his way to Thirupathi.


When he came here, the local town head Sundharesan requested him to sing a few songs on him which Thyagarajar refused, saying he will only sing in praise of God. Saying that he left the town, but on his way a group of bandits blocked his path and would not let him proceed.  And out of nowhere came two men who threw stones at the bandits, who Thyagaraja realised were Lord Ram & Lakshman.


What is surprising is that Thyagaraja was anti women all his life but here in this temple he has song one song on the Goddess.


We had two carnatic singers [sisters- Aarti & Archana] with us on the tour, who sang these songs as Sriram shared stories about the temple and Thyagaraja… It was beautiful~ I also discovered there was a Vilva Tree in the temple premise, one like none other. The tree is very rare one, why? there are 27 leaves unlike the usual 3 leaves.


Oh, while we were headed here, we crossed an area where the roads were called “Kunrathur high road”.Sri Sekkizhar who wrote Periya Puranam was born here in ‘Kunrathur’ and is said to have written the Puranam courtesy this temple.  As we left the temple, and boarded the bus back to the city, my head was abuzz with all that I had heard and seen..


Who knew so much history lay tucked within the streets so close to my home city..


On the ride back, the youngest member of the group sang a song, while two others also sang songs.. Over all it was a fabulous trip.. If you are curious, do make a trip to the temple to see it for yourself.

What do we know of Thyagaraja?

An article I came upon on this temple