A walk through history at the Dr Bhau Daji Lad Museum, Bombay

I was heading back to Bombay after a gap of about 5years and this time I had no agenda at all. I had informed about 4-5 folks that I am coming there, and hoped to meet them if possible. I knew I wanted to spend time and catch up with a friend who had moved there 3years ago and of course explore some parts that I had not explored earlier.

We spent the weekend generally hanging out, visiting a mall, doing some shopping [ she convinced a non shopper such as moi to also shop] and playing with their 7yr old bunny boy.. I had also made plans to catch up with a few [among the 4-5] for lunch or coffee. I knew I had a few hours and my friend mentioned the Dr Bhau Daji Lad Museum. I had been to the Prince Wales museum [Chhatrapati Shivaji Maharaj Vastu Sangrahalaya,] few years back, but this one I hadn’t heard of. Did some research on the net and discovered it was in Byculla East. If the pictures and blogs I read were anything to go by, the museum promised to be magnificent visit and I headed out towards the place. 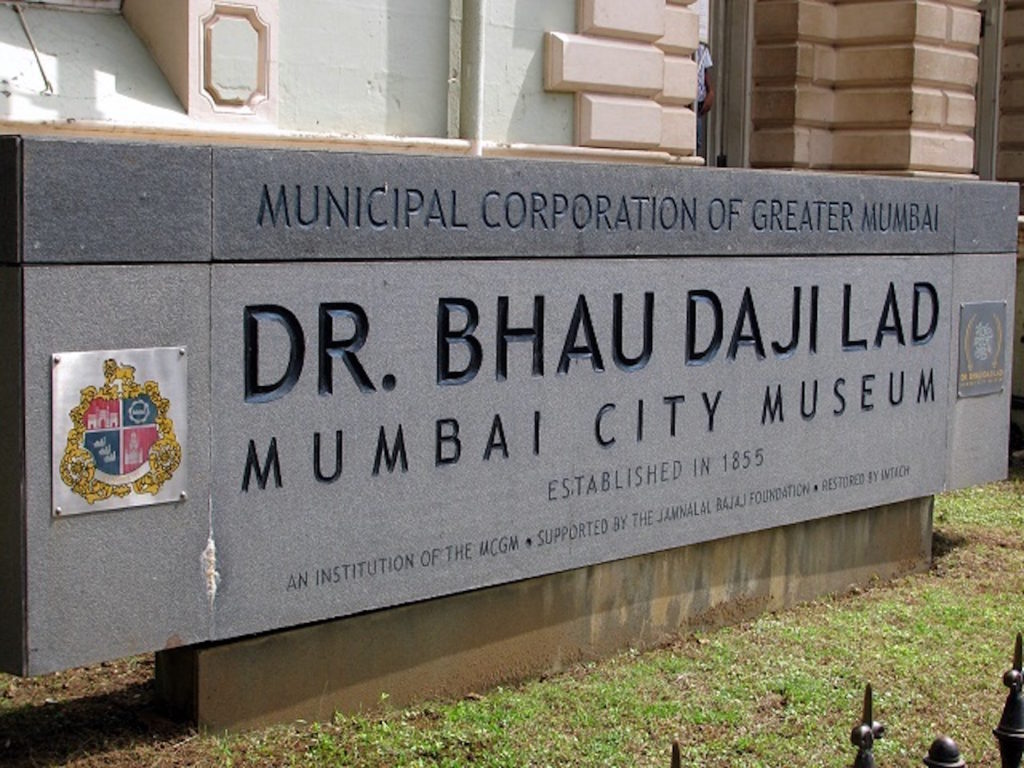 The museum name board.. 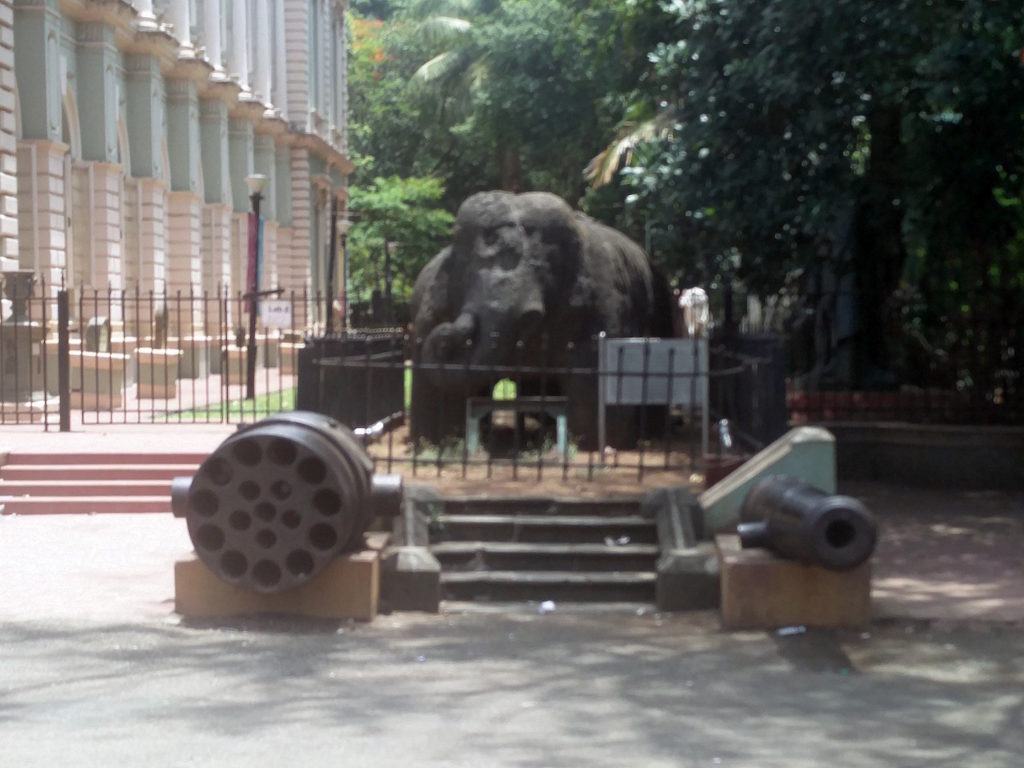 The elephant from the Elephant Islands

The Museum in all its glory.

Artists at work, semi precious stones, silver jug, Ganjifa is an ancient Indian card game, originally played with a set of 120 cards and asnake etched out of soap stone 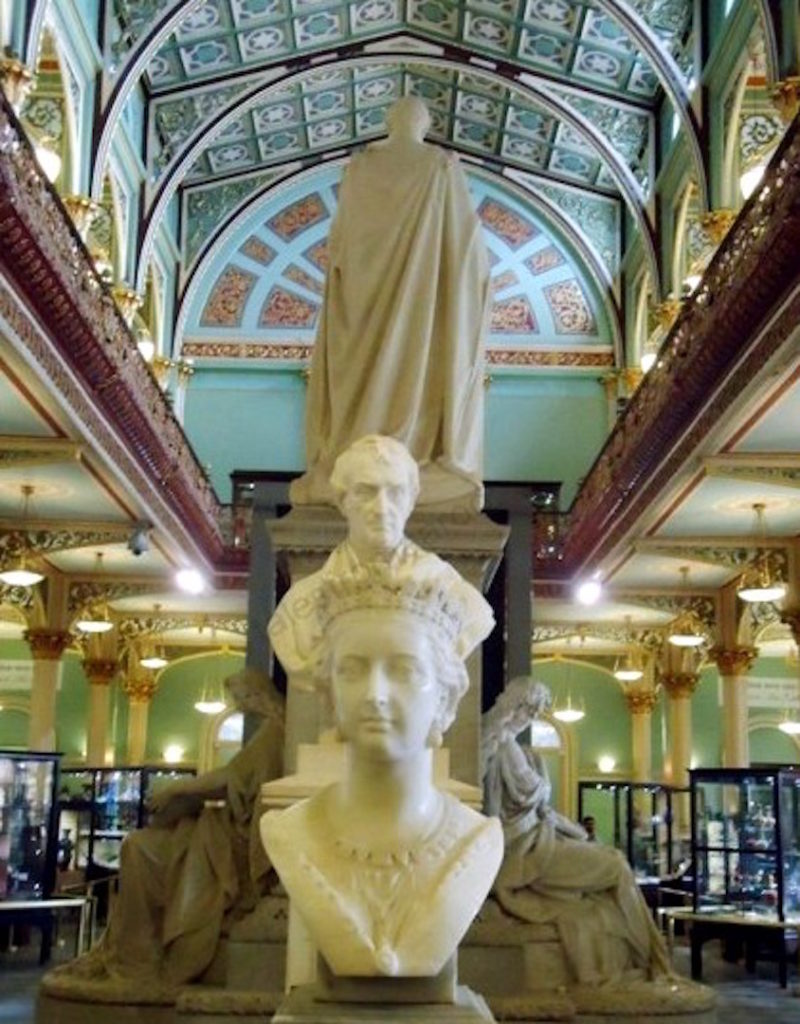 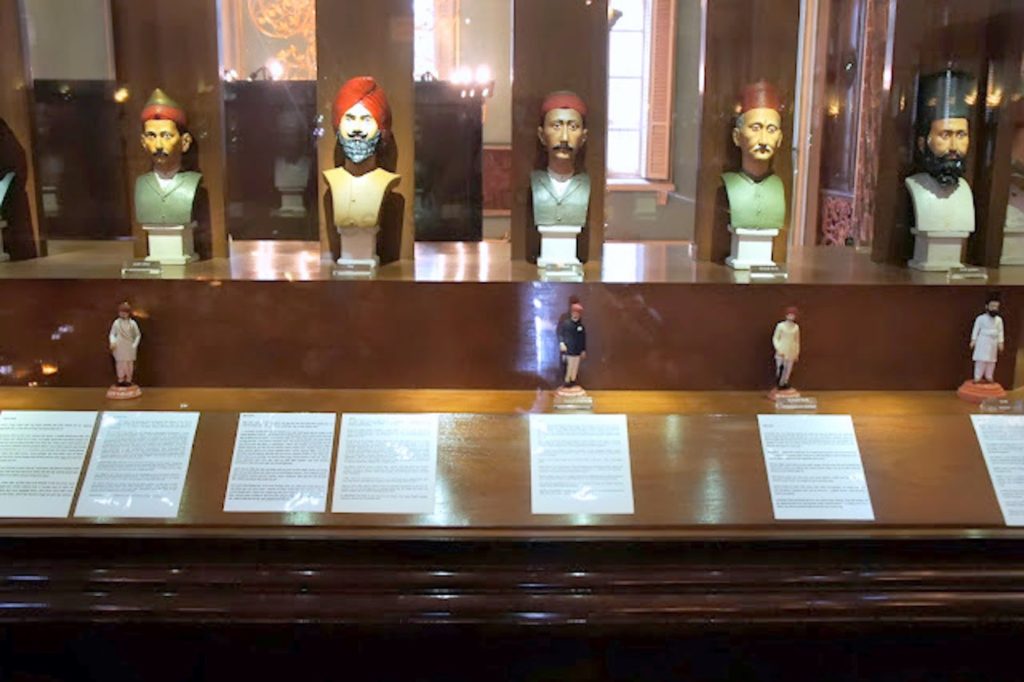 Men from Different communities on display 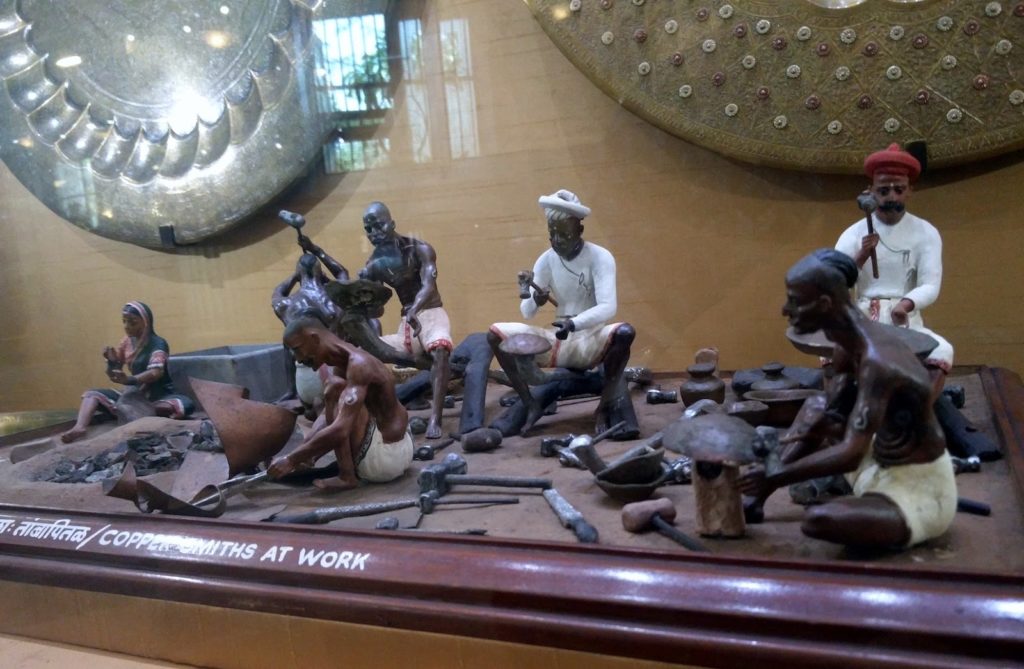 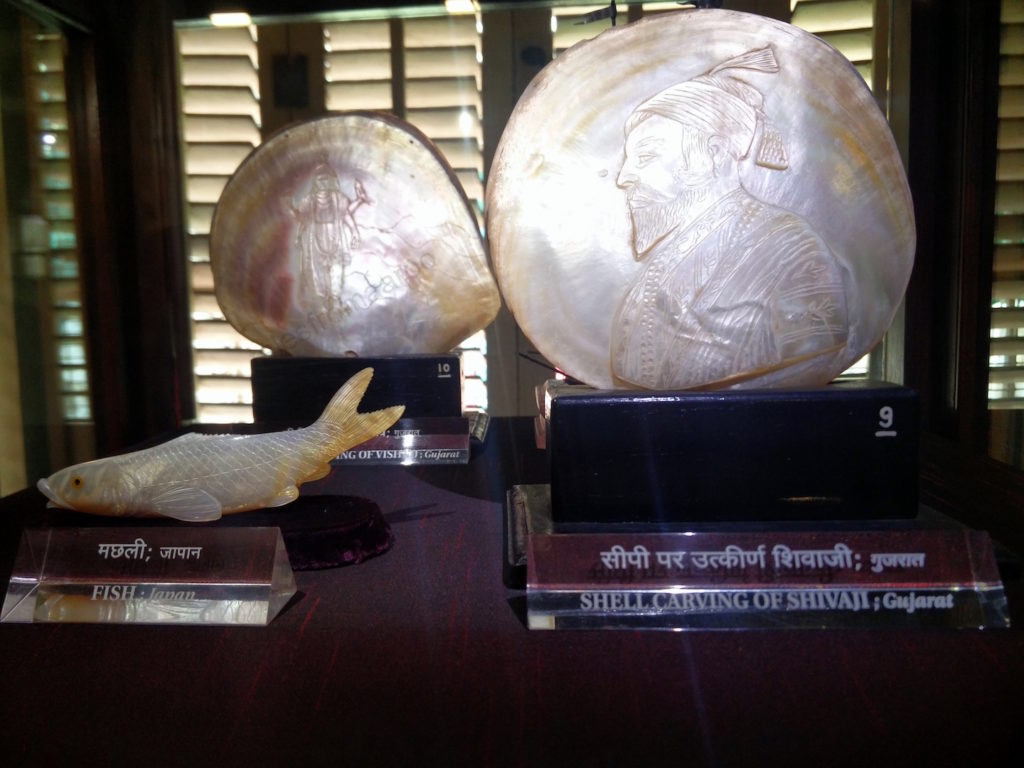 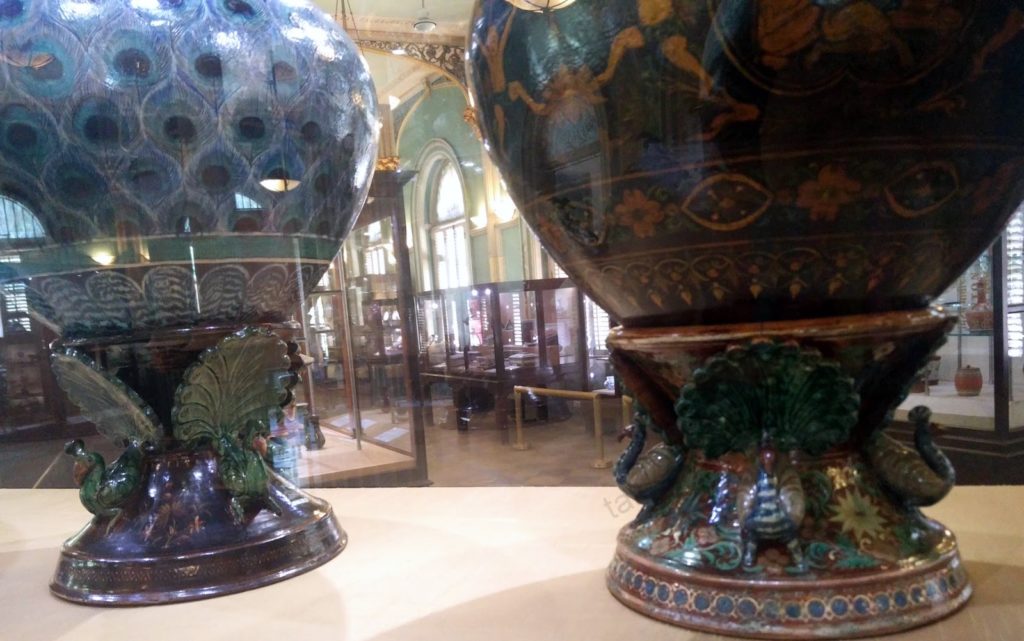 Beautiful peacocks at the bottom of a heavy ceramic vase. 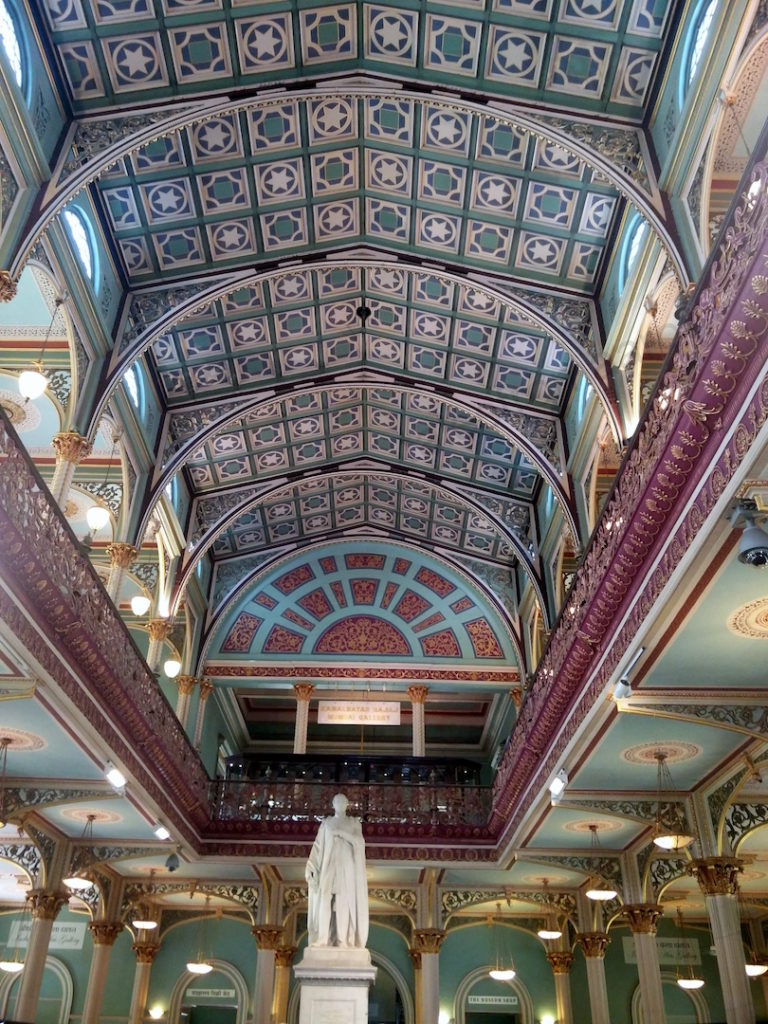 The grand place that greets you as you walk into the museum.. 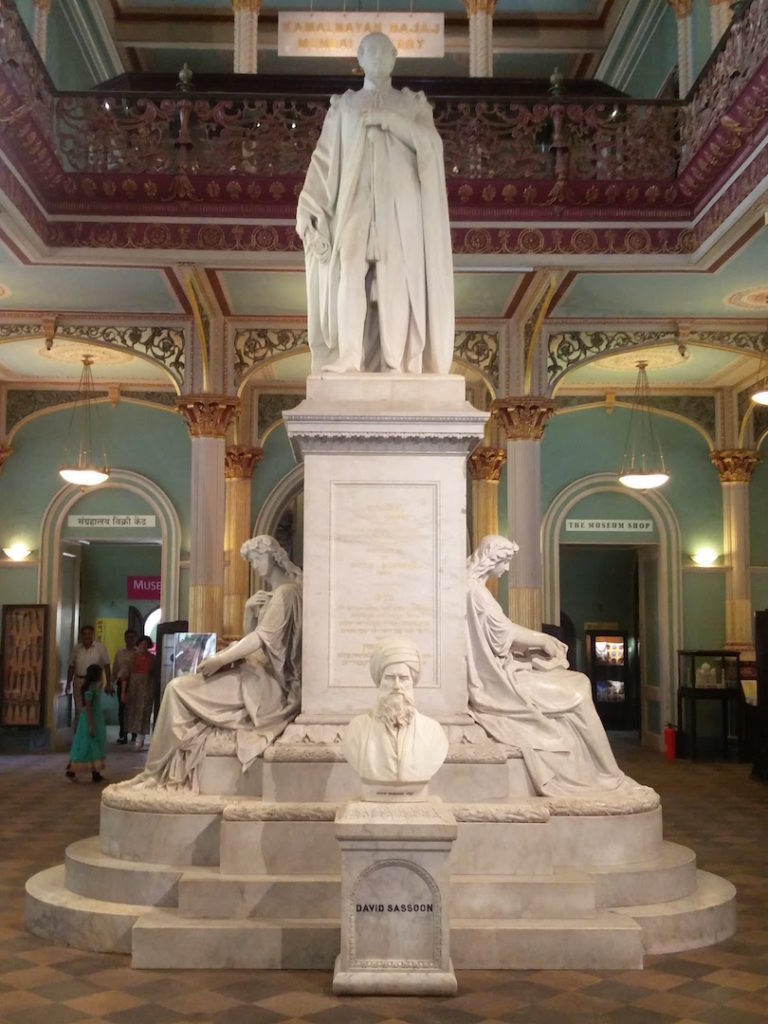 The majestic statues and bust that sit in the museum centre.

One of the beautiful sculptures..

And he stands tall… 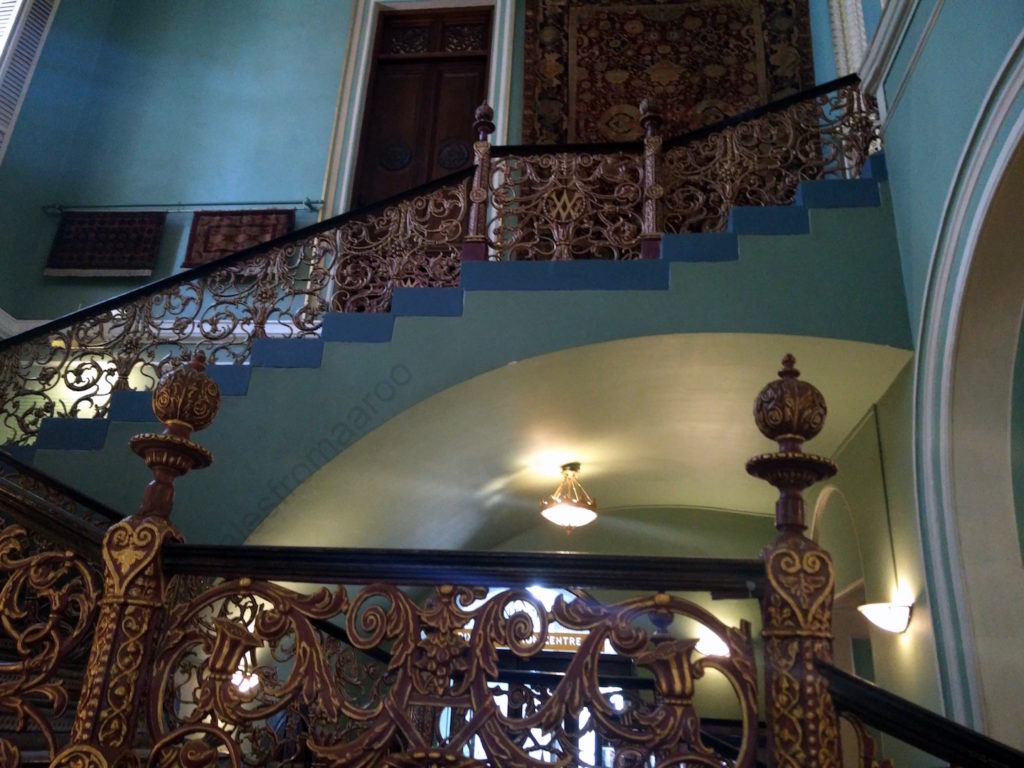 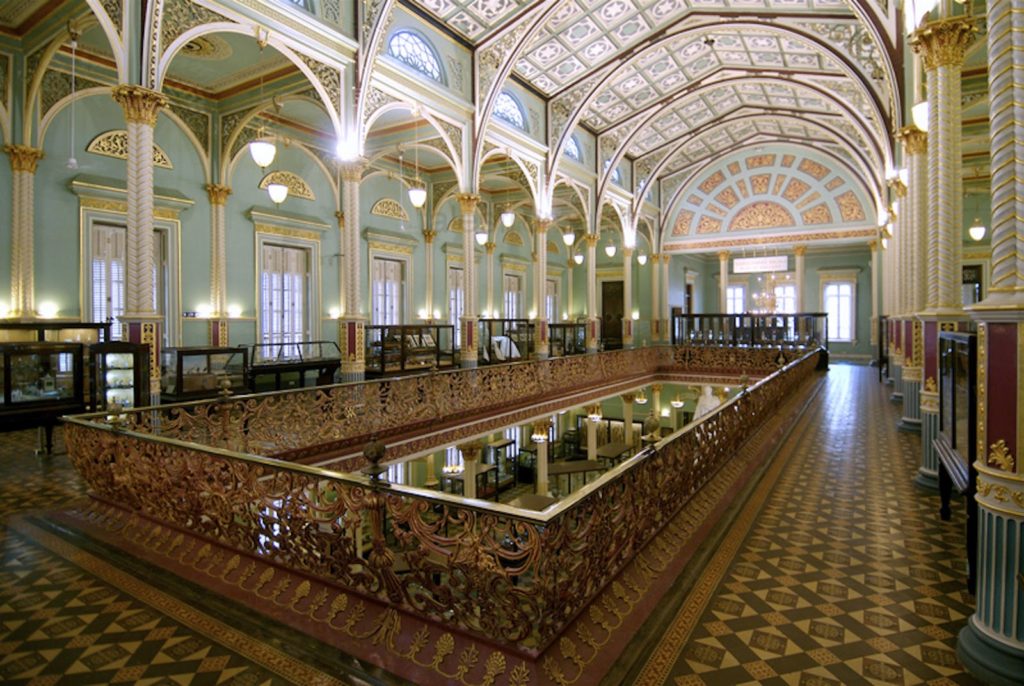 The entire upstairs.. was completely empty when i went.. was such a silent space.. 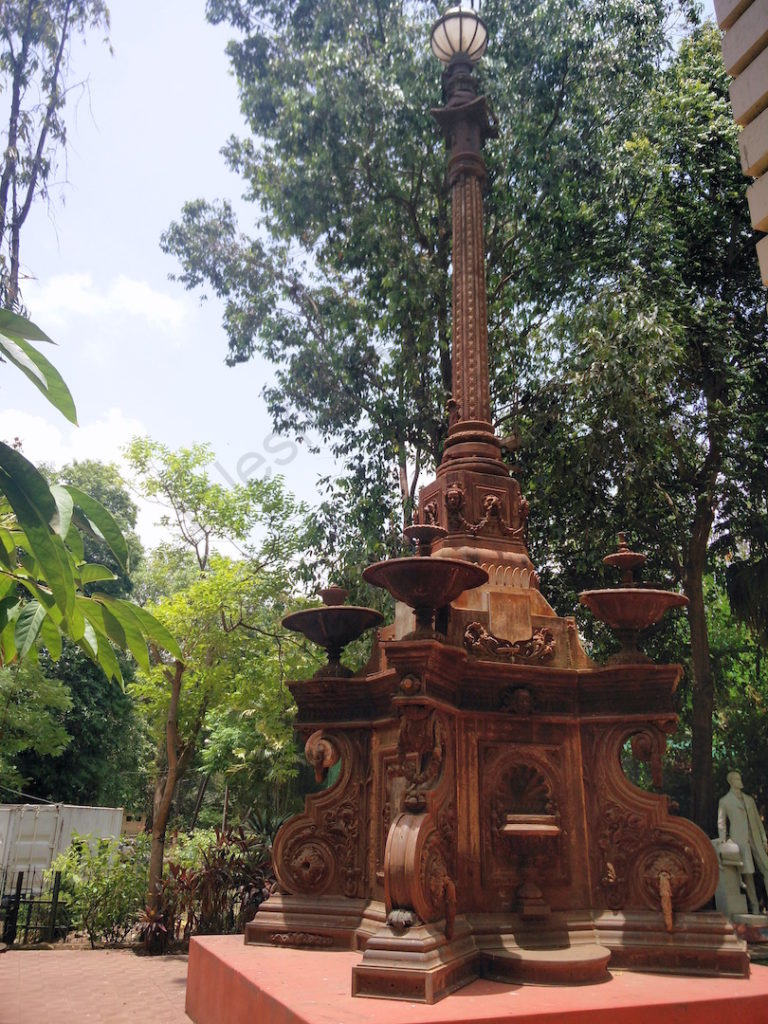 The structure standing outside, on the side

Took me a good hour to reach the museum, the journey was quite
a revelation. I realised Bombay folks had taken to radio cabs like fish to
water and many had stopped commuting by train. Traffic was bad, and not
to mention increase in number of vehicles. The cabbie took me via the
Bandra Sea link which was beautiful, quite a sight.

Anyways, as I walked into the museum campus, I noticed there was
a ticket counter with a board saying “zoo”. I was surprised to see
that, and anyways made my way towards the museum. On the side sat the majestic
elephant [it is a Basalt elephant sculpture from Elephanta
Island] with a canon of sorts guarding it. There was a guy sitting next to it,
but he very sweetly got up and walked aside when he saw me position
my camera for a capture. After buying an entry ticket for Rs10
[reminded me of the ticket at Albert Museum in Jaipur, same price], I made
my way inside. There was no major security checks, only thing the staff
inside told me was to not speak on the phone while inside.

Also known as the Victoria and Albert
Museum, this museum was built back in 1872 and is a treasure house of anything
related to history- Historical artefacts  paintings, pots, pans,
photographs, and so much more from across the country. What made the visit
interesting were the information cards near the exhibits. They were in both Hindi
& English and quite detailed. The displays themselves had boards in
both languages and they were all neat and organised.  The instant you
step inside, you are in awe of the architecture of the place. It was like a
palace, simply wow.I must have spent close to two hours here, walking the
length of the museum, exploring the two floors.

As you head towards the staircase you can’t help but notice
the cluster of sculptures that stand tall. The man standing tall is David
Sassoon – opium baron, trader and architect of Colonial Bombay. There
are quite a few buildings around the city named after him- David
Sassoon Library & Reading Room at Kalaghoda. Apart from Sasoon the
other statues belong to Prince Albert who stands just behind him.
There are two women who are on either side of the Prince, did not notice their
names though.

While the ground floor was filled with artefacts and pieces
from across the country, the top floor showcased historic maps, model
ships, models of Bombay life in the 19th and 20th centuries. the one
fascinating exhibit was the Towers of Silence.. I have not heard of
it and so it had me enthralled. I learnt that it  is where the bodies
of Parsis or Zorashtrians are laid after they die. It’s an open well
of sorts, and vultures eat the remains of the departed.

As I walked out towards the Museum
Shop, I spotted the tall tower on the side of the museum. The museum shop has a
small but cool collection of items that you could purchase, from bookmarks
to t-shirts, mugs, posters, games, coasters and so on.

The Victoria and Albert Museum was originally established in
1855 in Mumbai. During this time, the museum was used as a treasure house of the
decorative and industrial arts. The thought of establishing a museum was
suggested by a collector known as Dr. Buist, when the India was under the
control of British East India Company. Dr. Ramkrishna Vitthal Lad, also known
as Dr. Bhau planned the construction of the museum with an amount of Rs. 6000.
After a committee was formed, the foundation for building the museum was laid
down in 1862. The construction was complete only in 1871 and the museum was
opened in 1872. The museum is presently known as ‘Dr. Bhau Daji Lad Museum’. It
was renamed after Dr Bhau Daji Lad because of his dedication to the museum.

Architecture
The initial appearance
of the Victoria and Albert Museum had a gloomy look but now, after the various
contributions put forth by the ‘Indian National Trust for Art and Cultural
Heritage (INTACH), the museum has improved in its appearance. The museum is
adorned with gold ornamentations on the corners of the walls, railings and
ceilings. The blue-painted pillars add magnificence to the museum’s look. The
entire construction of the museum is inspired by the Greco-Roman style of
architecture. Apart from the arches that are elegantly designed and the heavy
glass cases, the high painted ceilings of the museum is also a work of
expertise. The ‘Victoria Gardens’ or ‘Rani Jijamata Udyan’, serves as a
backdrop for this ancient museum.