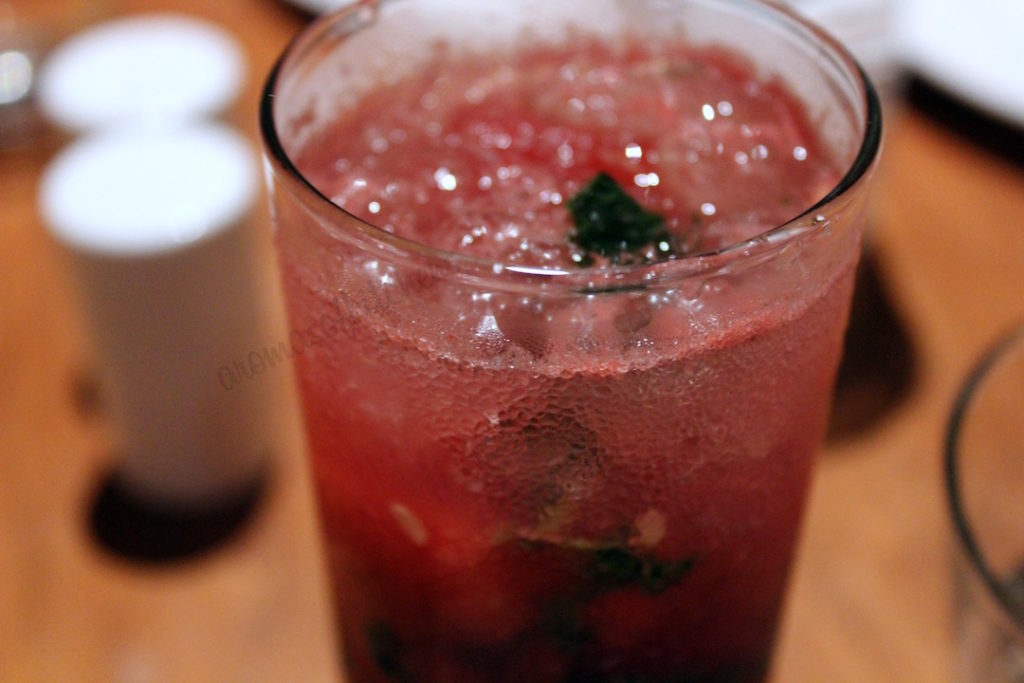 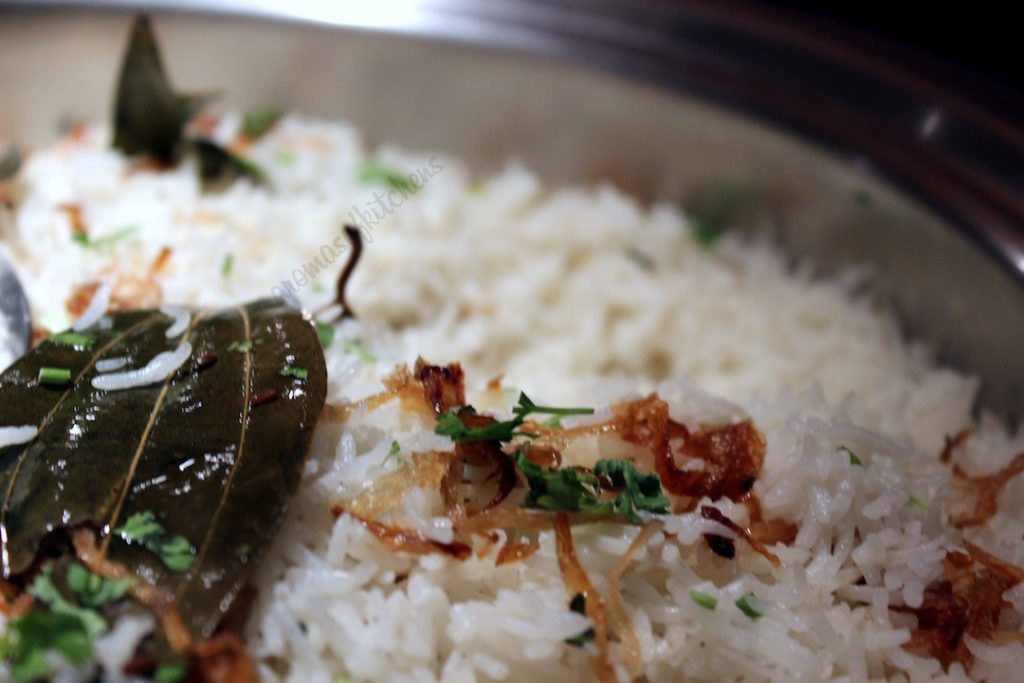 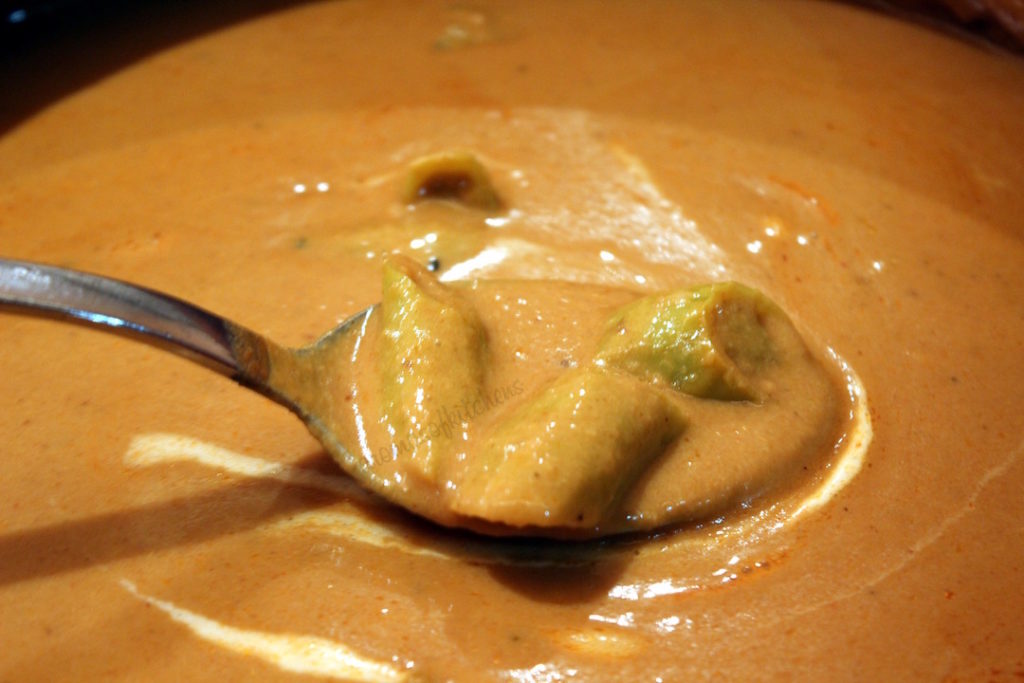 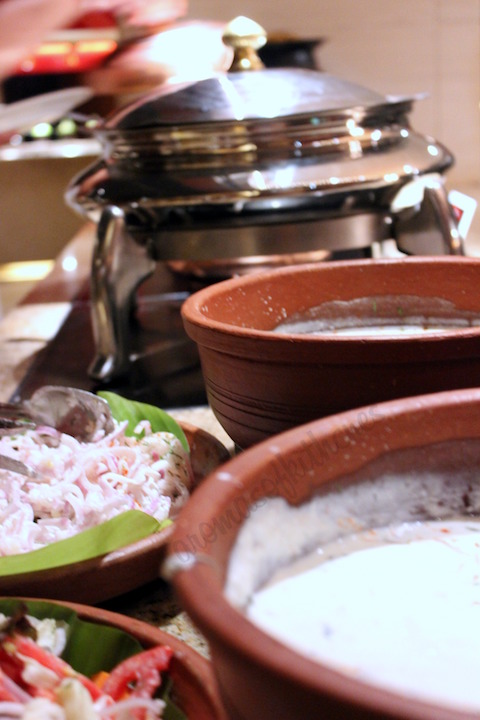 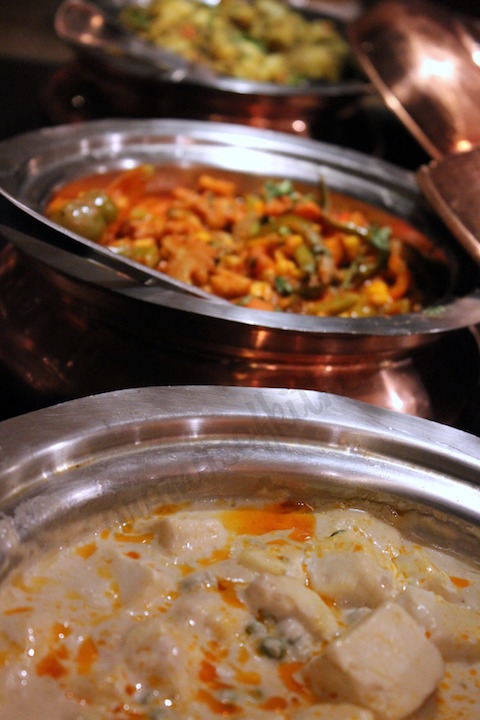 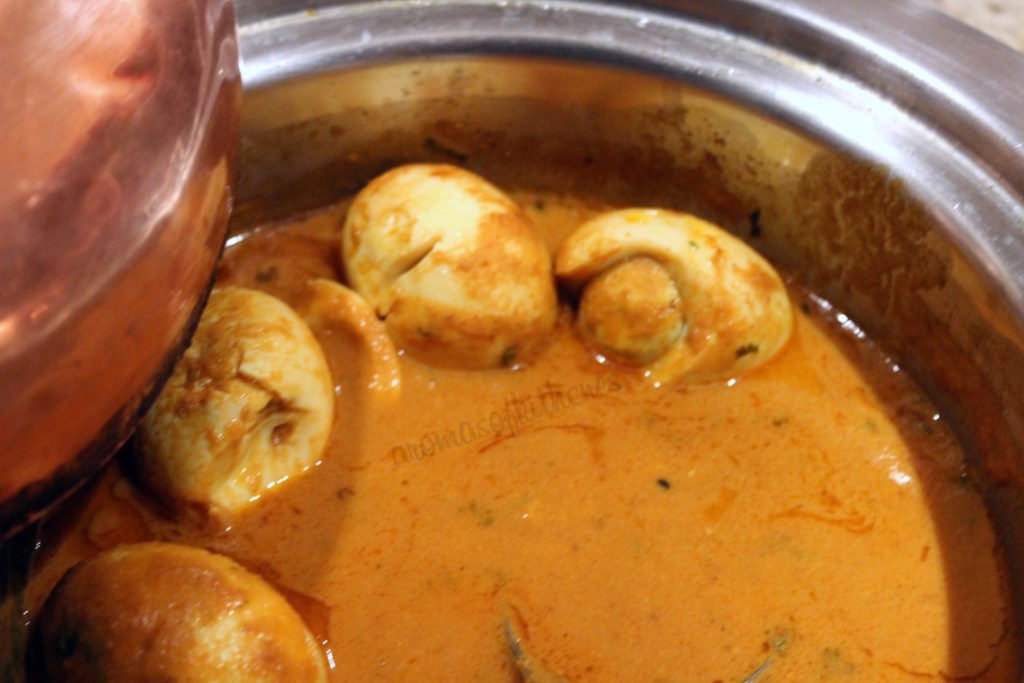 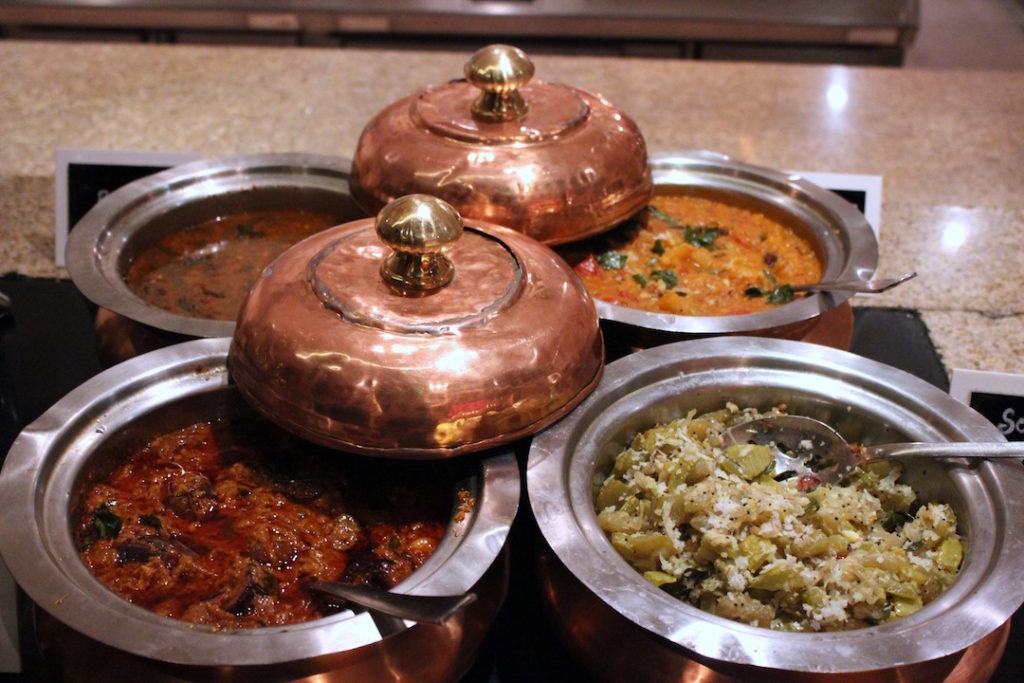 Biryani,
a dish that is much sought after by many and one that most of us vegetarians
only dream about [ cos there is no such thing as Vegetarian Biryani if you were
to dig into the history] Here is what I found when I went snooping on the
history of Biryani.. Biryani is derived from the Persian word ‘Birian’.  In Farsi,
Birian means ‘Fried before Cooking’.

In the olden days,
rice was fried (without washing) in Ghee (Clarified butter) which in turn gave
the rice a nutty flavor and burnt the outside starch layer gelatinizing it.
Once this process is complete, it is boiled in water with spices till half
cooked.
Typically Biryani
is made with Goat meat, which is marinated in a whole bunch of spices with
yoghurt as well. And then the meat is cooked till it falls off the bone. And
finally, in an earthen pot [Handi], the rice and meat are layered, few layers
of condiments are added- spices, rose water, ghee and so on. It is then sealed
and sat on Coal fire to cook. The process has evolved with time, with influences
from various regions adding a twist to the flavours and each region today seems
to have their own special kind of Biryani as well. One other point I was told
was that back in the days long-grain brown rice was used in North India; while
the short grain Zeeraga Samba rice was used in South India. [Another article I
read on the net about Biryani]
Coming back to
this evening, we were at Spice Haat [Hyatt Regency Chennai] who have come up
with a Biryani Carnival of sorts. One that features 5 different kinds of non
veg biryani, one veg biryani/pulao and then there is the plain Rice cooked with
spices and with fried onions on it as well.  There are quite a few side dishes for the Biryani-
both in veg and non veg section, ranging from the Mirchi Ka salan to Egg curry
to Kaju mutter paneer, not to forget the array of raitas.
Being a
vegetarian, I made a beeline for the veg dishes and enjoyed them all, including
the Rice, it had mild spices and was well cooked, while the rice had a bite to
it [I hate mushy rice]. It was fascinating watching the non veg part of the
group taste the rice, the meat and share their opinions, As with any dish,
biryani too comes with a range of flavours, and how cooking process, the spices
used makes a world of difference in the non veg arena.
To
wind up the meal, you should check out their dessert counter, they have Kala
jamun, tiramisu, other pastries and elaneer payasam as well [which I felt was
way too watery and bland, missing the beautiful elaneer flavours]. I did have a
south indian filter kaapi before calling it a night. J
The
Biryani Carnival is on till 10th December at Spice Haat and is open only for
dinner [6.30pm-10.30pm]. Every day the biryanis on the buffet change with one
special biryani as well.
Two
options are available during this period-
a)
Buffet priced at Rs1550/- [excl tax] where you get to
dig into the various kinds of biryanis apart from other dishes available on the
buffet or
b)
A la carte where you pay for Rs999/- [excl tax] to try
one biryani but this comes with two Beers.