The first part can be found here


So, I spent about an hour & a half to two hours at Le cafe, enjoying my coffee and reading the book. One other thing I love doing when on my own is “people watch”. Just look around, observe others in the same setting, and wonder what they were thinking based on their expressions/body language. It is most fun at an airport or railway station.


This morning, I noticed there were quite a few families who came and left. I also heard some loud cackle of sorts coming from down the corridor. It was a group of foreigners with a guide [Indian looking] and he was literally announcing the dish he had in his hand and offered it to whoever raised their hand ..


It went something like this [except it was in French.. yes yes I understand basic french and so knew what he was saying]


“Toast with masala omelette and orange juice”..
“English breakfast- fruits, oats and toast”
“Toast with omelette made with just egg whites and coffee”
“Cappuccino”
“Muesli with  yoghurt and coffee”


And few minutes later, I spotted him standing near me, point to the restroom as the ladies walked down. He looked at me and asked the usual questions


He: Where are you from?
Me: Am from Chennai
He: Ah, okay, I thought you were from outside the country…
Me :”Smiles” with a *just let me be* effect that obviously had no effect.
He: Do you want to do anything touristy? I can tell you a list of places…
Me: Nah, have been here way too many times. Today is just to chill and wander about.
He: Ah nice. Which part of Chennai btw?
Me: You familiar with the city?
He: Yes, been there, but don’t like it too much. Very hot.
Me: hmmm.. *Returns to the book*
He: Am from Gingee. Me and my friends used to frequent Pondy on weekends. I found this French lady and began going around with her, she then asked me to come to France and marry her.
Me: *gaping with a is this for real* expression
He : *oblivious to my expression* Yes, it is true. I went with her, we got married and now we live there. I spend about 2 weeks there, find tourists who are keen on travelling around South India and bring them here for 2 weeks. I go back, and do the same again. It is good life I tell you.
One other friend settled with an American lady and two others still roaming around [useless fellows]
Me: Wow, nice!
He: I dont do North India, don’t like it. I take these people around Pondy, Auroville, Kerala, Karaikudi, Tanjore and we fly out. This group is full of 50-60yr olds, so it is simple, no places that involve too much walking.
Ok, I am going now. you have fun
Me: Bye *yayy, he is gone. yabadabadooo*


While it was interesting chatting with this guy, it got me thinking. Why do people have this constant need to talk, connect and feel the need to share more than just a hi hello?

I do enjoy the occasional chit chat with strangers but I wouldn’t go on and on. Also, you don’t know what the other person is going through or what state of mind they are in.


I wish people would learn to practice constraint when it comes to talking to strangers..  Ah, I was finally able to get back to my book, Ordered another cup of coffee and looked forward to a few minutes of peace and quiet… 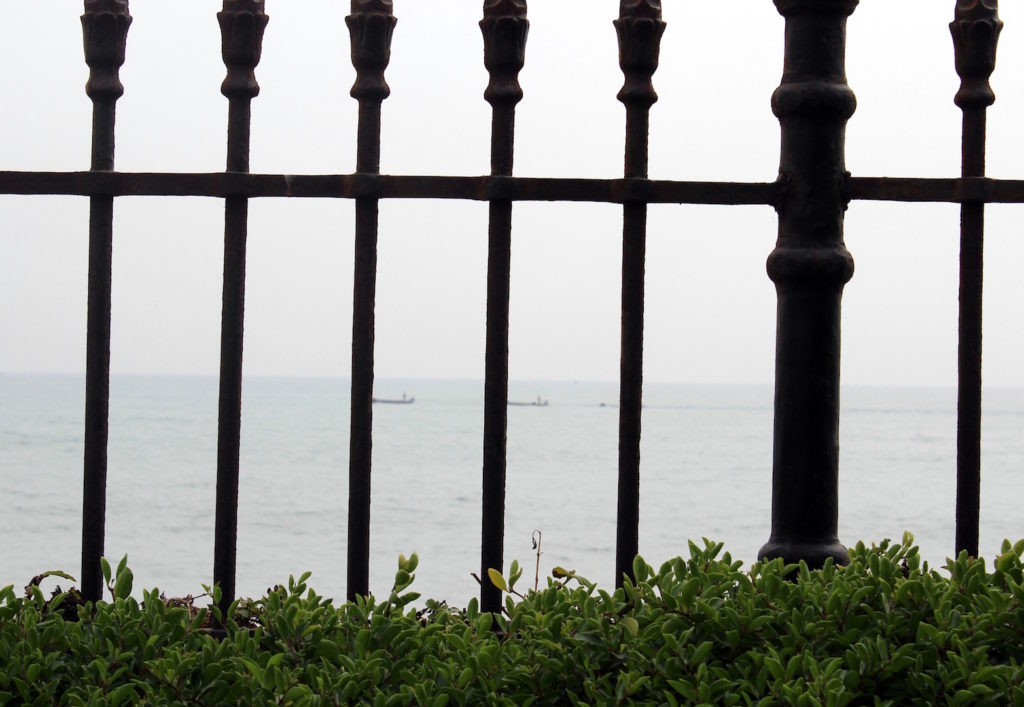 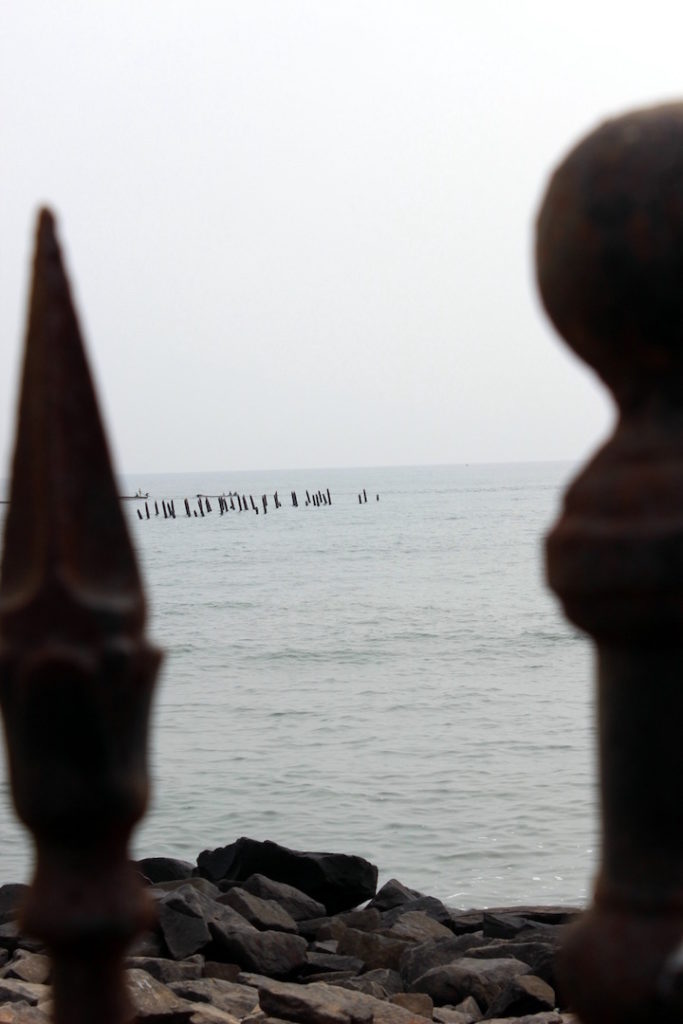 And few minutes later, I heard the clang clang , when I looked up I spotted this gypsy guy selling beads, neck pieces .. He kept walking up and down the stretch of the cafe trying to lure the women who were seated there. A lady in the table next to mine [Sounded like Marwaris or Gujaratis] asked him the price of a blue bead necklace and he quoted “Rs400”.. Whoa, talk about pricing your products… :O She immediately began bargaining, asking him to sell it for Rs150. He said no way and walked on… 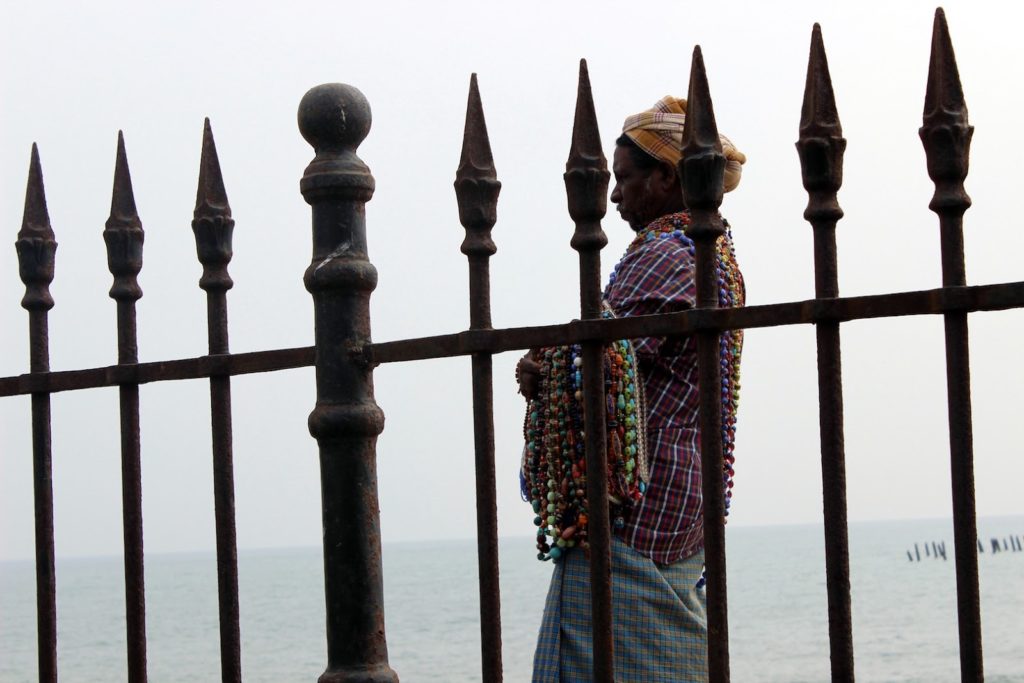 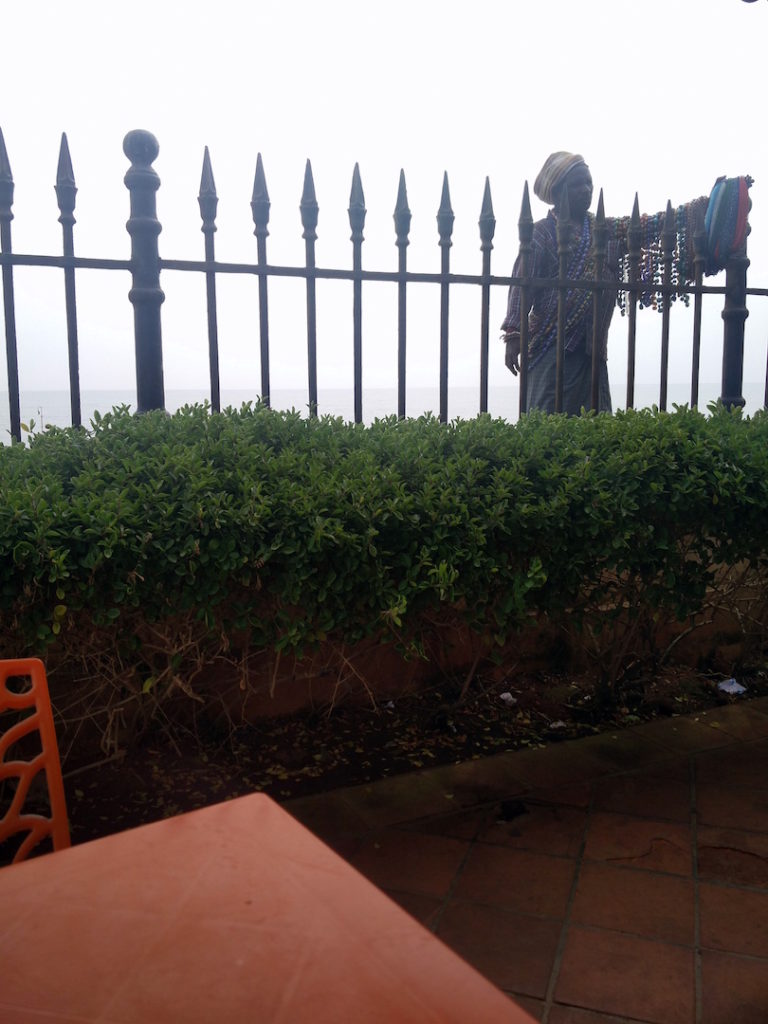 After about an hour, I decided to step out and wander a bit. I knew all roads were interconnected, and so pulled on my backpack and began walking down the road opp the cafe. I came upon a building on the right side that had no sign board and had me curious. It looked like an office of sorts, but I have no clues. 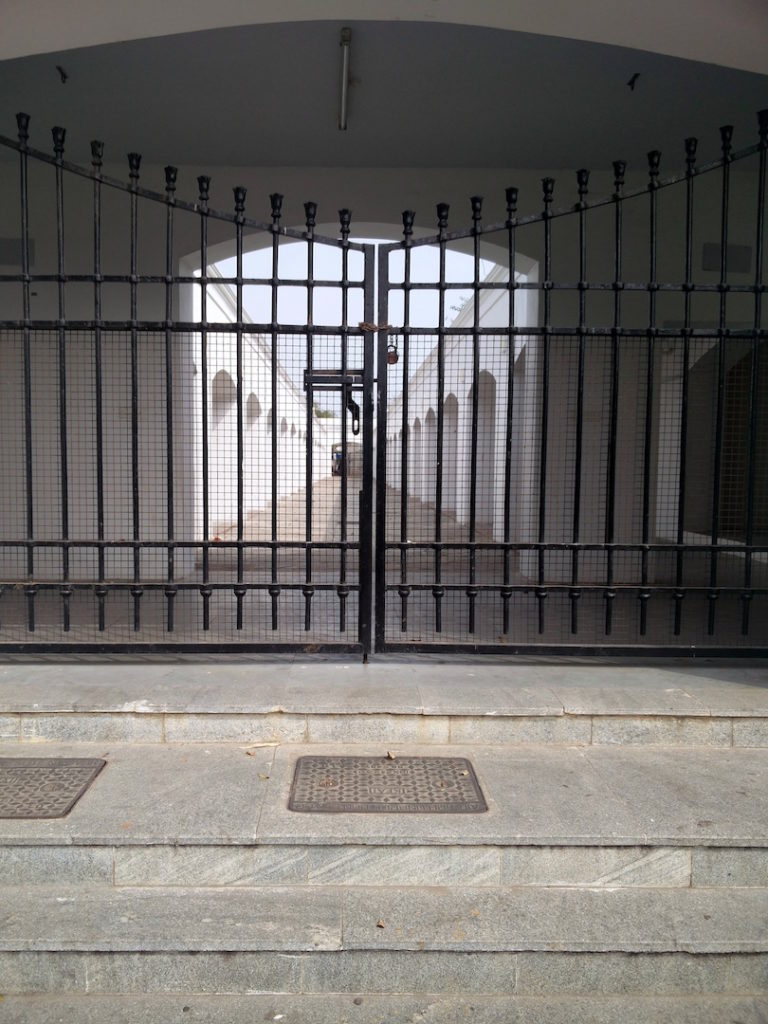