A day in Pondicherry with Me- 3- The Museum

A day in Pondicherry with Me- 1

I was done at Le cafe and wandered about the town, first heading to Bharathi Park where I spent some time gazing at the Aayi Mandapam and of course people watching for a while. There was a cute    couple [spoke in French] who sat near me on the bench, and within minutes I could see people walk by slow down near them just to stop and oggle at them. All these two were doing was lost in each other, the guy was lying on the girl’s lap and that was that.. Infact few yards down the bench was an Indian couple doing the exact same thing, but that dint catch anyone’s eye… grrr..
Meanwhile, I heard some ruckus outside. There had been a human chain of sorts at the beach while I was at Le cafe, they had moved to the Governor’s office and was standing in a large group shouting something. When I enquired with an auto driver, he said it was to do with changes in transport tax rules or some such. He suggested I walk down the road adjacent to the office to get around this group.
That is when I decided to go check out the Pondicherry Museum. I have seen it many times before, but this was the 1st time I was going inside. You will find bronze idols, temple lamps, handicraft pieces from the Chola, Vijaynagara and Nayaka periods, weapons and armour from the bygone era, shards of Arretine and Roulletted ware, burial urns, glass beads, coins, snail shells, canon balls, many of which were excavated from regions around. 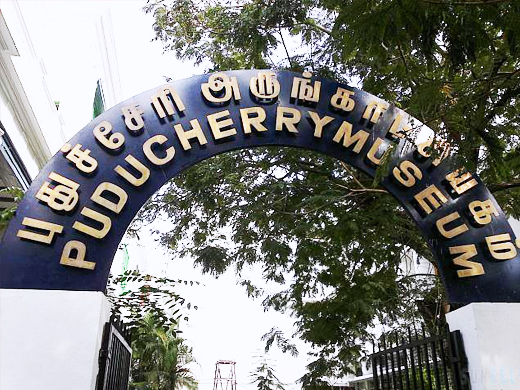 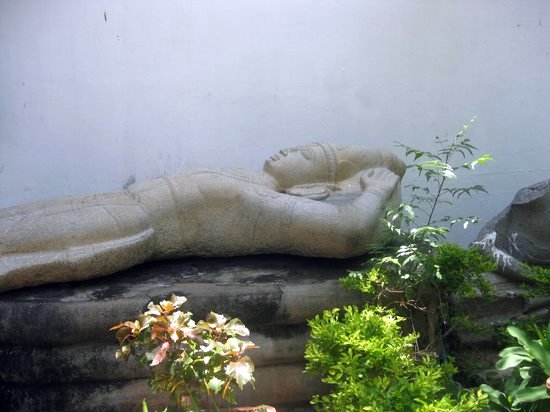 Apart from these, you will find documents, journals, books that were from the 1800s as well.  The museum is quite extensive, one can learn about the French colonial era to Arikamedu Roman settled related information here. There is another floor  filled with many other artefacts, furniture and vintage pieces as well. The entry fee is just Rs10.
And here is where after wandering through the sections showcasing the various coins, weapons, clothes from the bygone era I stumbled upon something interesting, slightly weird but it did get my attention…
I have often wondered if there were differences between the traditions followed 100-1000 years ago to what we do today.. esp with respect to old people, and death.  What were the rituals related to death like, where they cremated or buried, etc… Today I know it is cremation, atleast in Hindus followed by 15days of elaborate rituals… Here at the museum, I saw huge urns with “Mudhumakkal Thazhi  and Burial urns” written on the labels.   I was zapped. I stood there reading the write up for a few minutes before I moved on…

Infact, I was zapped that after I left the museum  I was haunted by what I saw and I googled to read up on the same… Apparently back in the days, if someone was very old/frail, they would be taken to a secluded little hut of sorts [built exclusively for them] where they would be left to spend their last days. A woman from the household would take over food and water for them. There would be a small lamp in the space which would be lit by the same woman. This is followed till the person dies and that is when the family would make this urn, place them in the seating position inside the same along with a few of their belongings [almost like the Egyptians do with the Mummy]. The urn would then be buried in a hole in the ground, covered with a stone slab making sure scavengers did not attack the body. They also had a tombstone of sorts erected on top so people could identifyy the spot.

Another website mentioned there were places where urns had been piled atop each other, maybe an entire family or at times the servant and pets were buried alive when their rich owner died. There is another rumour that old frail people were placed inside these urns alive during their last days, and they would literally suffocate to their death… :/ 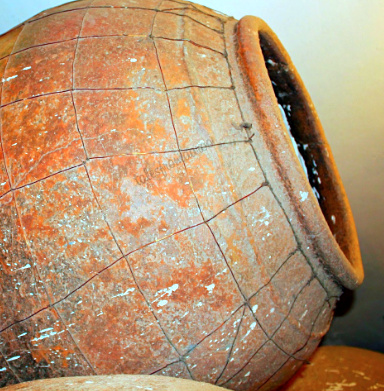 A video on these urns from Youtube: Phenomenal Travel Videos: https://www.youtube.com/watch?v=Ij5RnUC6G1c

Let me go catch my breath….wait up…