There we were, four girls meeting up after a few years all set to explore the sights that Gujarat had to offer. The one place we all wanted to visit for sure was the Lakshmi Vilas Palace in Baroda..We came prepared with sunscreen, caps, stoles, and plenty of water as well [it was one hot day with temperature soaring upto 40 degrees] You don’t really enter the palace through the main entrance, it is on the side you walk in, collect your audio guide and then you step out. Time to be wowed and wowed some more. The sheer size, the beautiful architecture [ that spans across cultures] and the massive landscape around the palace is something that will take your breath away. Be warned, photography is allowed only outside and not on the inside.
Here is a brief snippet about the place. More to come in subsequent posts..
Maharaja Sayajirao III commissioned Major Charles Mant (also known as ‘Mad’ Mant for his eccentric work) to build the Lakshmi Vilas Palace, which was later finished by R.F. Chisolm. It was built in the Indo-Saracenic tradition, with an eclectic mix of Indian, Islamic, and European elements, as if, as Philip Ward writes, “an architectural Paul Klee had taken solid lines for a walk”. The imposingly impressive interior is full of multi-colored marble, mosaic tile and various works of art and the courtyards of palms and fountains have arched entrance-ways big enough for “the tallest elephant with the largest howdah on his back” to pass through, as reported by Edward Weeden, one of the earliest Europeans to stay in the palace. The palace grounds include a golf course and Sayajirao’s personal museum, containing, among other displays, original paintings by Raja Ravi Varma.
[source: http://www.gujarattourism.com/destination/details/6/147] 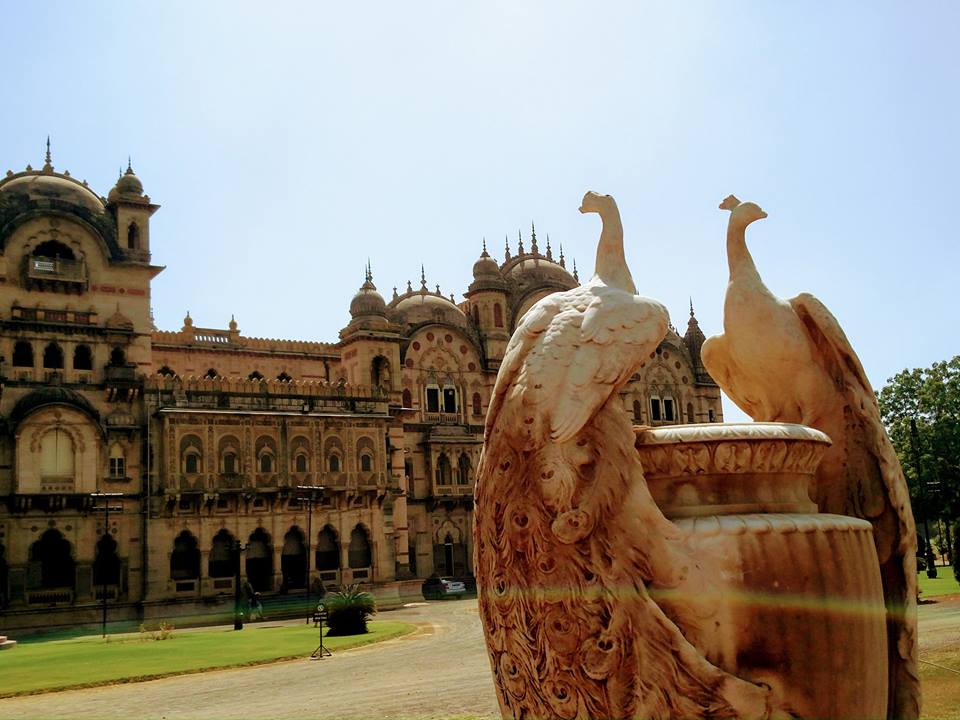 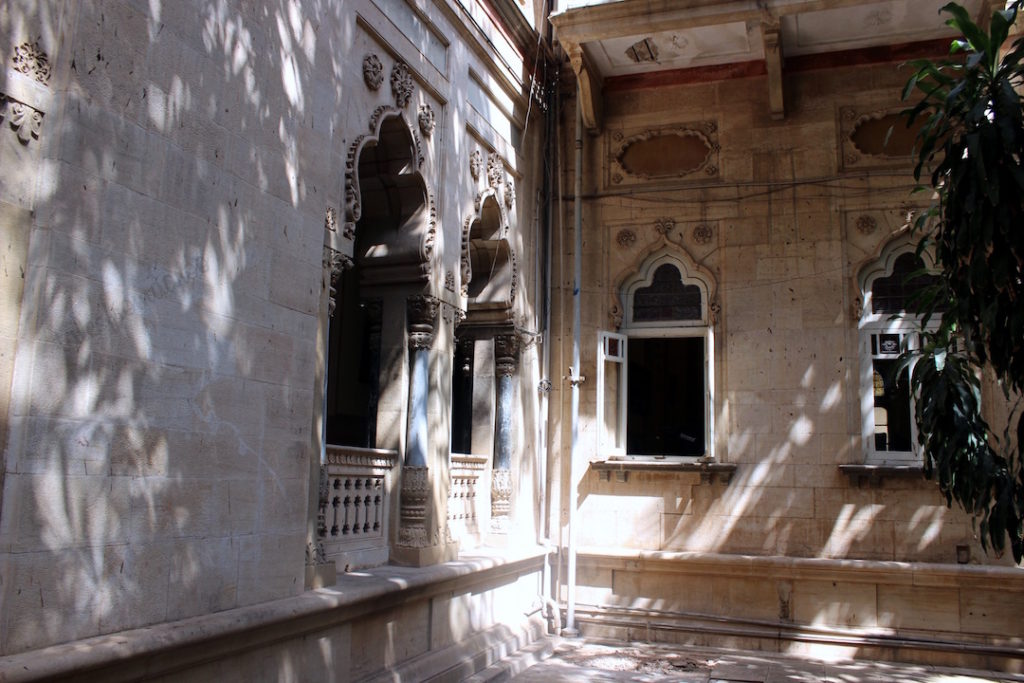 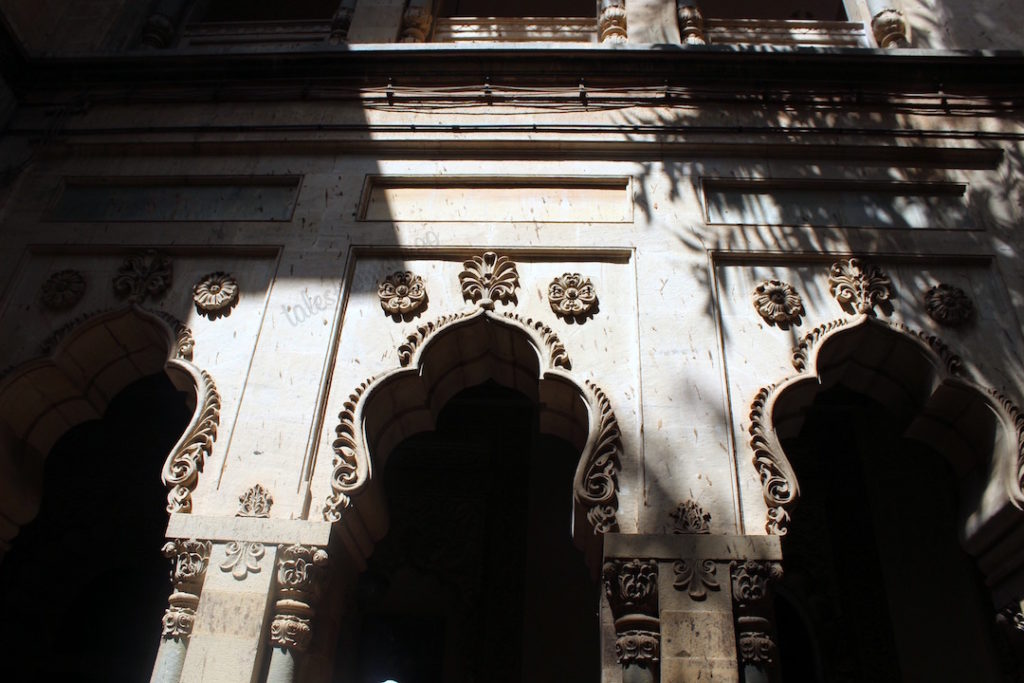 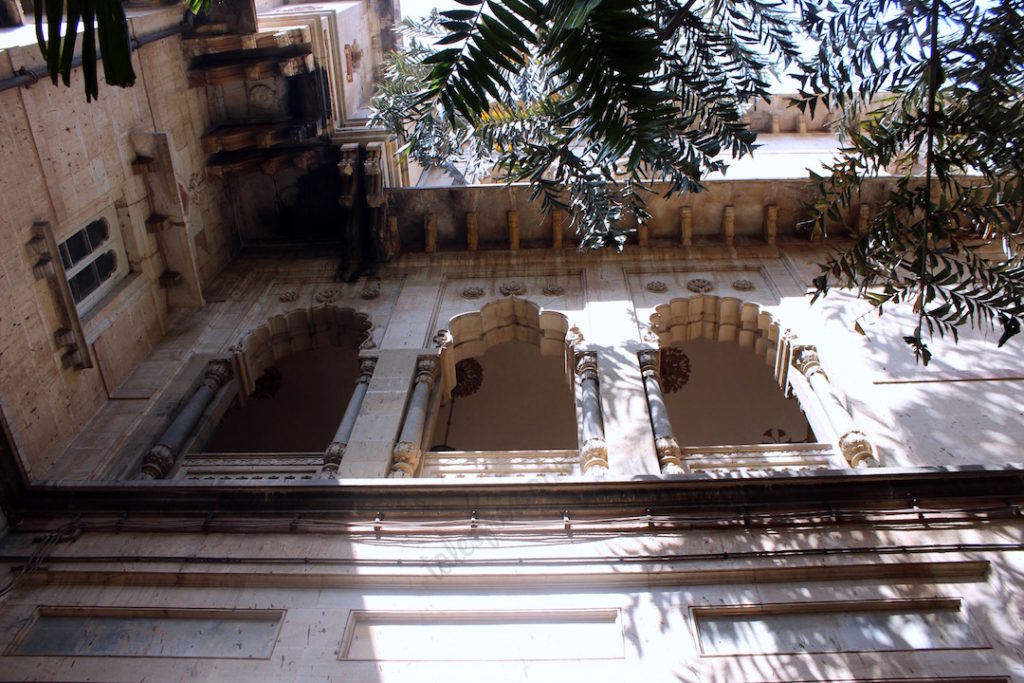