Long haul and the hours after…

This was the 1st time I was taking a flight
that was over 4hours in duration and so there was a lot of apprehension in the
mind. I also had people giving me inputs and suggestions- make sure to walk up
and down, visit the loo and don’t hold it in, remove your shoes and ask the
steward for a flight sock or shoe, sleep as much as possible, wear ear plugs,
etc etc.. I heard them all out, but at the same time tuned it all out.

I love travelling, have no qualms about asking people for help if am unsure and well, I am a happy camper. So, it irks me when people ask “Oh you are travelling alone, is there anyone else you know flying with you, I know so & so here/there/everywhere-shall I ask them to take you to the flight, blah blah…” Thanks but no thanks!

I believe in figuring things out on my own, and learning it as I go along. It was 19th and I had just a few hours before I was headed out to the airport. For those who know me, they know what a freak I am when it comes to travelling. I travel light and I mean really light, but this time I was carrying lot more than I would, but was carrying only one suitcase and a backpack [ laptop, camera, ipod, wallet, one set of clothes, some bites, chargers etc]

Once done with the checkin and security, I had a few
hours to kill before my flight. Spoke to a friend, read a book, walked around
the lounge aimlessly. Once inside the flight, I made a beeline to my seat [for
the 1st time I was in the middle seat – sigh, downside of checking
in late I guess] and had was slightly worried how the journey would be. But
then the 1st leg was only 5hours and I had 3hour transit in
Hongkong. Settled in, plugged in the headphones and watched a movie on the
screen, dozed for a while, and had a meal as well. Before I knew it, we had
landed in Hongkong.

I got off the plane and went about locating my uncle
& co who were flying the same airline on the 2nd leg. Said hi
hello, chit chatted and went off to wander about the airport.  Hong kong airport is huge- plenty of
eateries, stores, and did I mention free wifi? Lolz. Yes! Because my airtel was
dead [ I chose not to activate international roaming], the wifi came in handy.
God bless whatsapp[ yes, as much as I hate it, it helped during my travels]

With an hour to spare, we went ahead to check the gate
and it was one long walk. They had quite a few moving walkways/ travelator
but somehow I get the sense I walk faster when am outside, but yes, I did hop
on one just to give my feet some rest. This leg of the flight was a long one-
13hours. The funny part was we flew ahead in time from Chennai to Hongkong and
then were flying backwards to USA.. I left Chennai 19th April early
morning 1.40am and would be reaching LA 19th April 11.10am. Crazy
right?! That’s what happens when you fly across the world. But you save a day
when you fly here, and lose a day when flying back home. Sigh… mysteries of the
world.

This second
leg I had managed to snare a window seat and if you thought I was busy staring
outside all the time, nope, I was fast asleep most of the time. I had a
father-son next to me, they were Spanish, heading back after a weekend in
Hongkong. Were curious to know where I was from and how on earth was I doing
this long a flight. Hahaha…

Had one meal,
skipped the other [cos I was snoozing], had a couple of cups of coffee, few
visits to the loo, some walking about and voila, we were in LA… In total, must
have slept about 5hours in this leg and 2.5-3hrs in the 1st one. 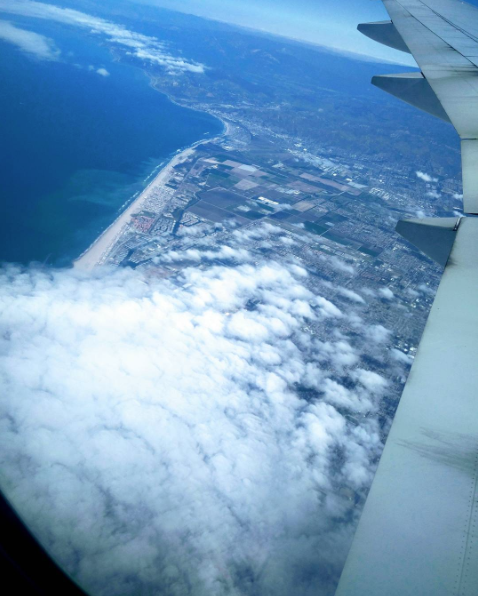 View from my seat just before we landed in LA

After
completing all the crazy immigration formalities where I was sent to a different queue from the family [I had to fill out information on a kiosk, that clicked a scary pic and printed out a receipt which is what I showed to the officer at the counter, who looked at me, asked just 2 questions- First time in USA? How long are you here? and he sent me on my way with a “have a fun trip”.. I then proceeded to go downstairs and picked up my red suitacase [
it was among the first few to land with a thud on the conveyor], waiting for
uncle & co forever, we were finally out of the airport. I was her, I was
actually in LA… woohooo~!! So much excitement. My sis, cousin had come along with
uncle to pick us up, in two cars cos they thought we would bring a tonne of
baggage.. Ha.. Along the way to grab a bite, my sis & cousin kept telling
me to hold off sleeping, that I will feel sleepy around 8pm, I should control ,
should be busy or stay out etc… I was so sure I would nod off, but lo behold I
was perfectly fine and fresh till 10pm when zzz happened. Yoohoo.. Guess my
body was just all prepped and ready for the days ahead, and knew I would
tolerate no slacking off.. J 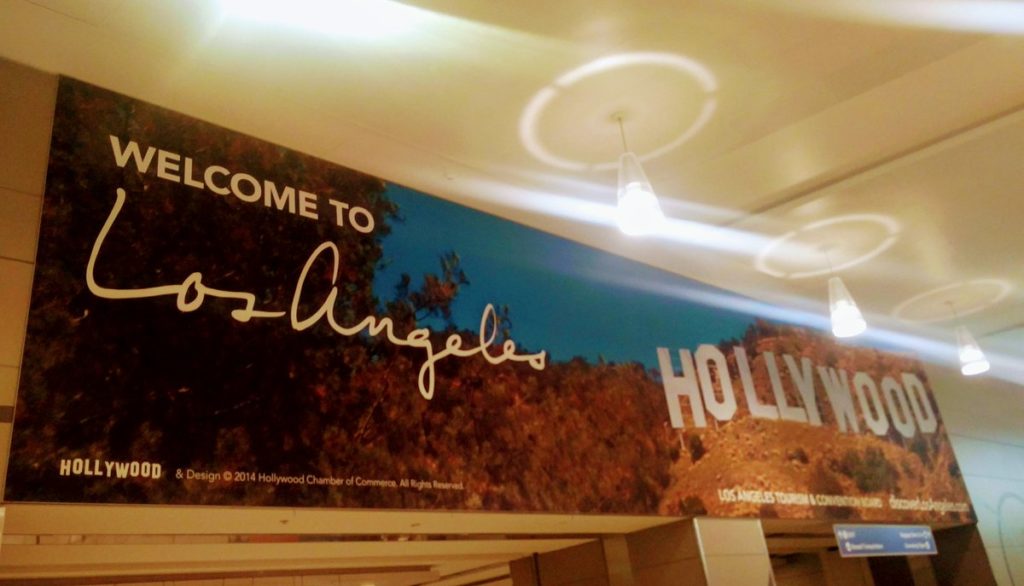 Well, what
all did I do in America? Read on the upcoming posts to know more…  And if you are the impatient kind, go check
out my instagram feed for stories.- http://instagram.com/talesfromaaroo/ or look for #aarootravels in search option on Instagram, Twitter or Facebook. 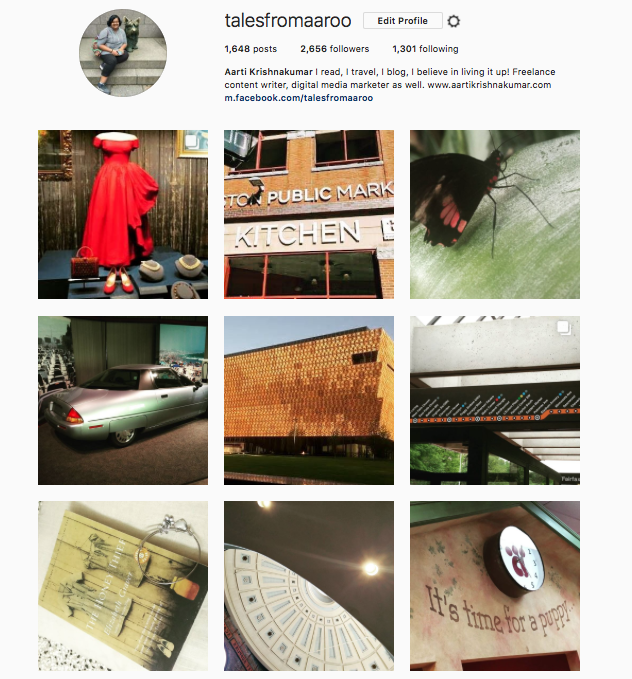