We were doing with the wedding rehearsal, it was time to go drop off a friend whose daughter was part of the wedding entourage and head over to the Bridal dress store. The venue was quite a distance from their house and the route my aunt took was absolutely breathtaking.
The day I landed in LA, I realised that people relied completely on GPS/Maps to get them to their destination. Nobody drives based on self knowledge, you would end up in circles I was told. So, this afternoon she had the GPS on, and we went.. Took us about an Hour which is exactly what the Map told us and the route was magical. Along the way, we saw nothing but sprawling mountains, some covered in mustard and others just lush green. One section of the road had Orange trees lined up on one side with the fruit hanging low. The sky was clear blue and not a single cloud in sight…
Oh and we also spotted a farm that had horses, goats and even llamas enroute…Here are a few photographs taken along the way [some are blurry cos I was clicking from a moving car] 🙂 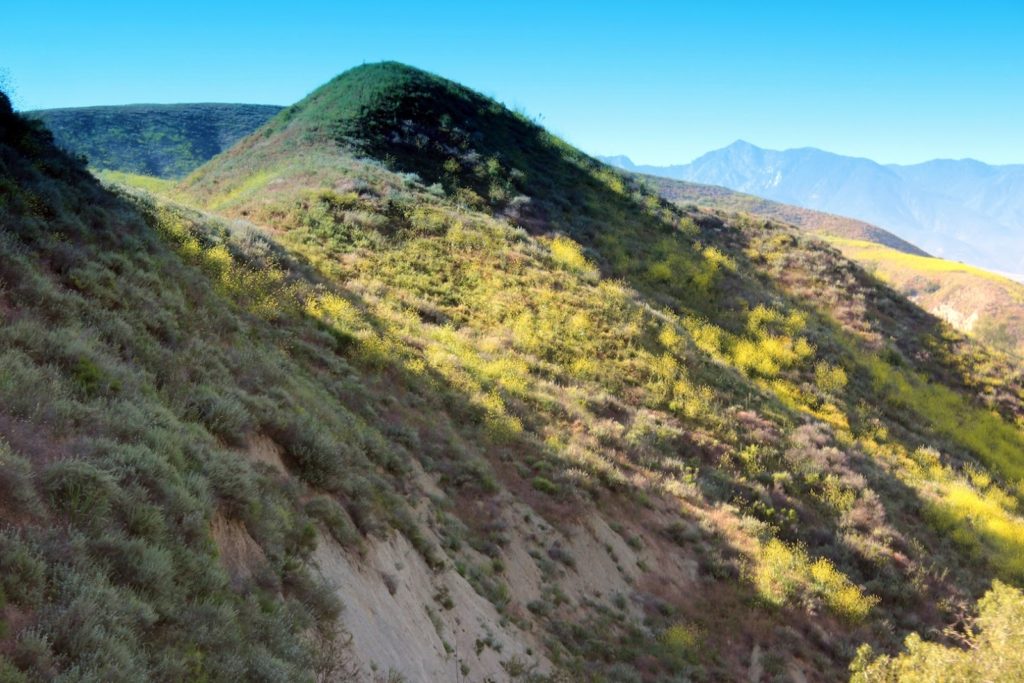 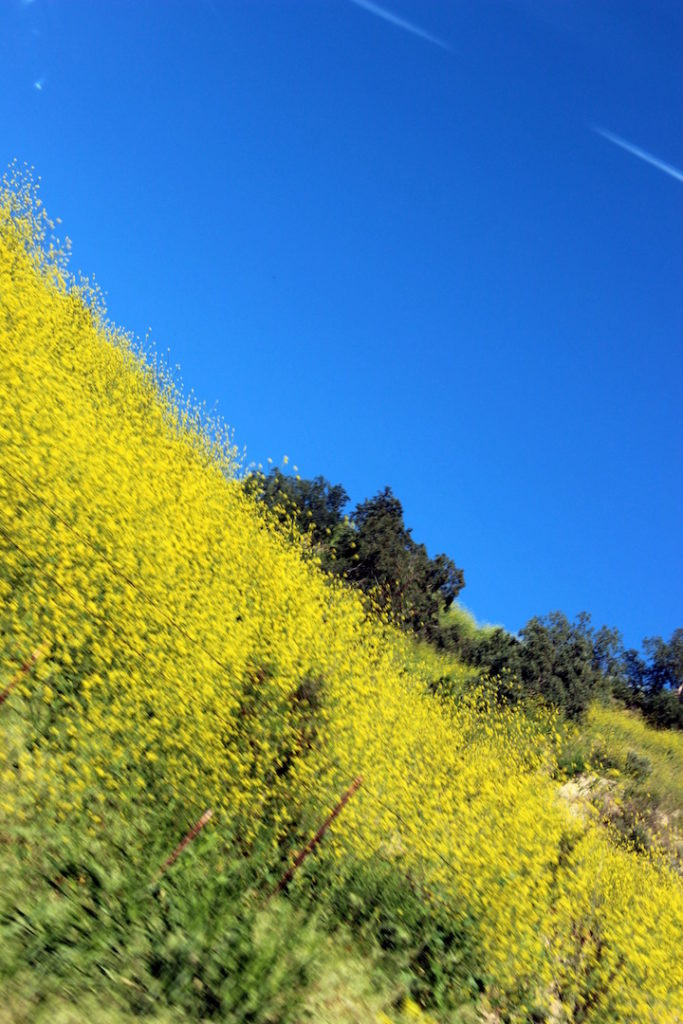 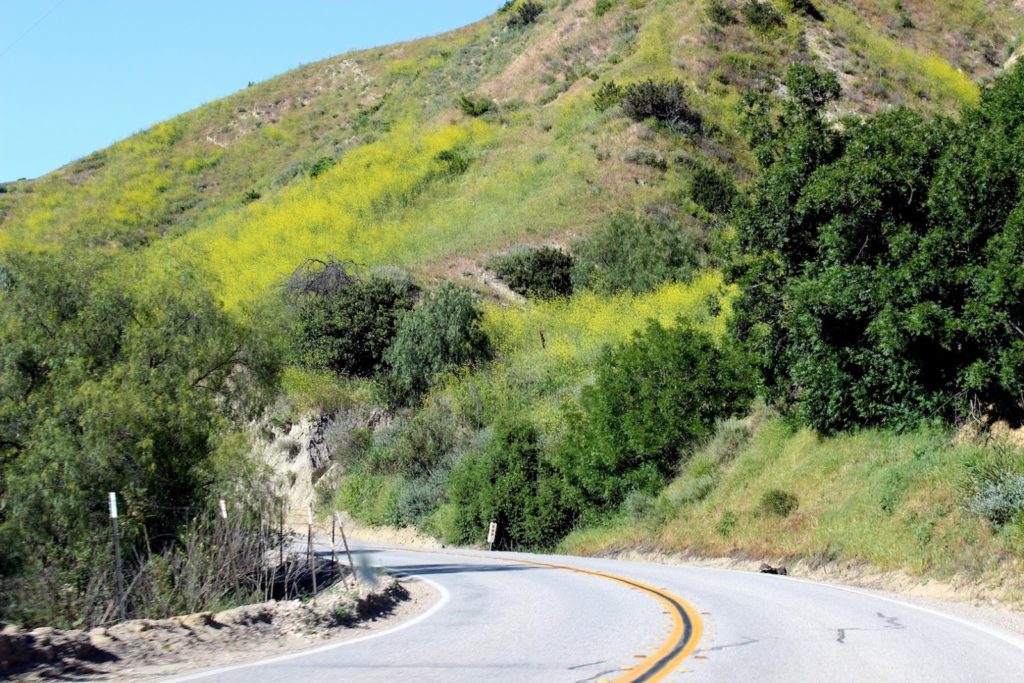 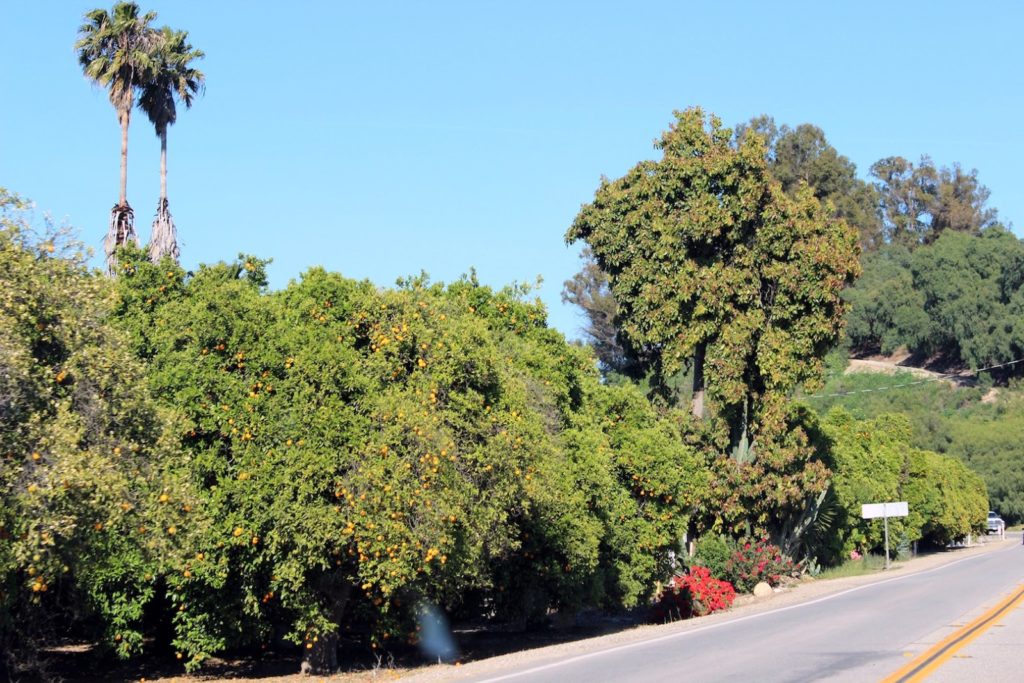 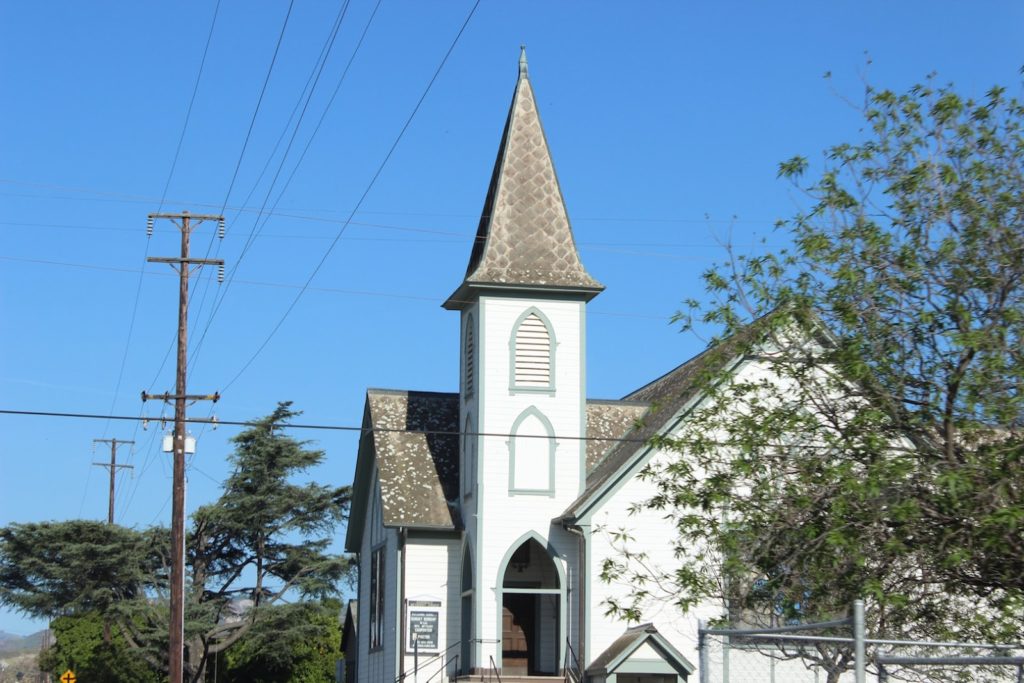 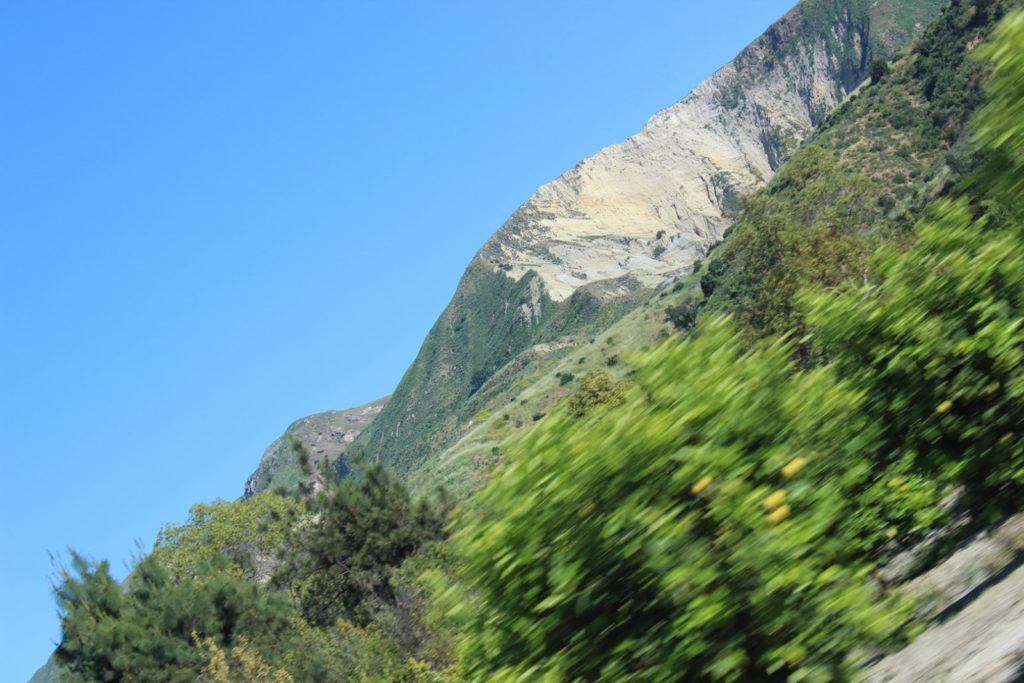 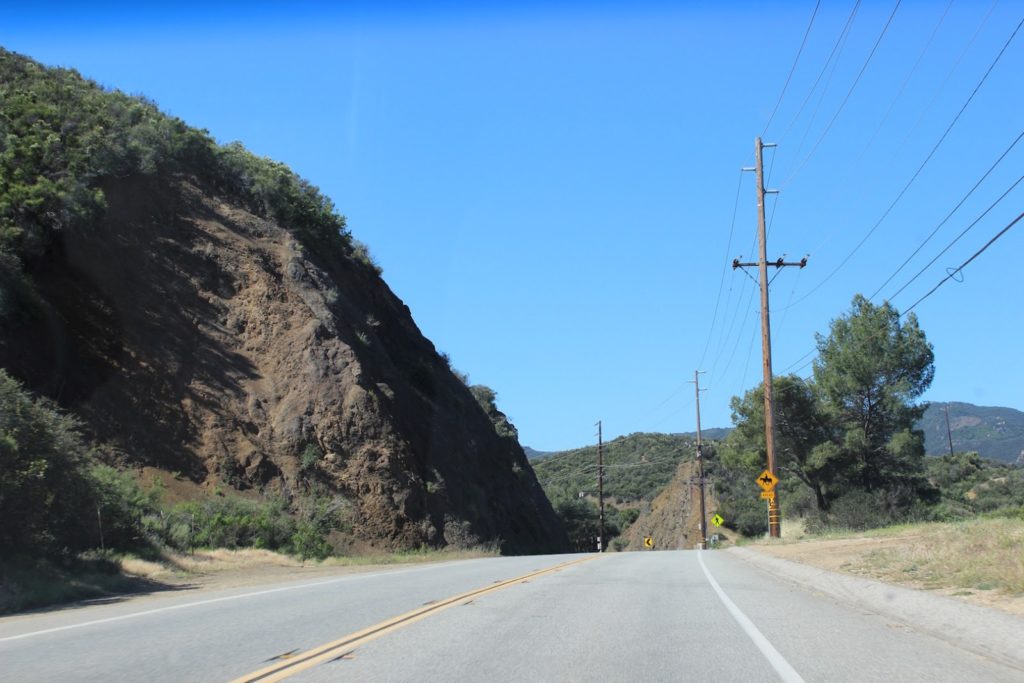