Riding the Metro… and the beautiful sunset

So, a few days ago I got a message “can you come to the airport?” .. I was both surprised and stumped, cos he had mentioned the chennai trip, but since I dint hear from him after that I wasnt sure if it was on or cancelled. Anyways, we went to and fro about how much time he had, the time it would take me to get to the airport etc.. and within 10mins, I was dressed and on the way to the Chennai Metro station.  Alternatively, I can take the emu as well, it is also within 5mins from home, but metro seemed a better option [esp cos with emu I have to get off at Tirusulam and cross the road etc] 🙂

I have 2 closeby home, within 5mins walk infact- Kilpauk and Pachaiyappas College. I opt for the latter cos it was just a straight stretch with no crossings or crazy traffic. Got to the station, picked up return ticket -Rs110 and was up on the platform #1 and in the train to the airport [which is the final stop]. The train was fairly empty, and the ride was smooth. In 35mins I was at the airport, in the shuttle headed to the departure area.
Once you get off the train, go downstairs and get on the elevator to the ground level. The shuttle operates from the ground floor near the metro station and drops you at the arrival area. From there you can take the elevator up to the departure area. And similarly, to head back to the metro station, go down to arrival area and  take the shuttle to the metro station. This is exactly what I did to and fro… And once again, back up to the platform#1, and on the train headed home…

Here are a few clicks from the evening…. 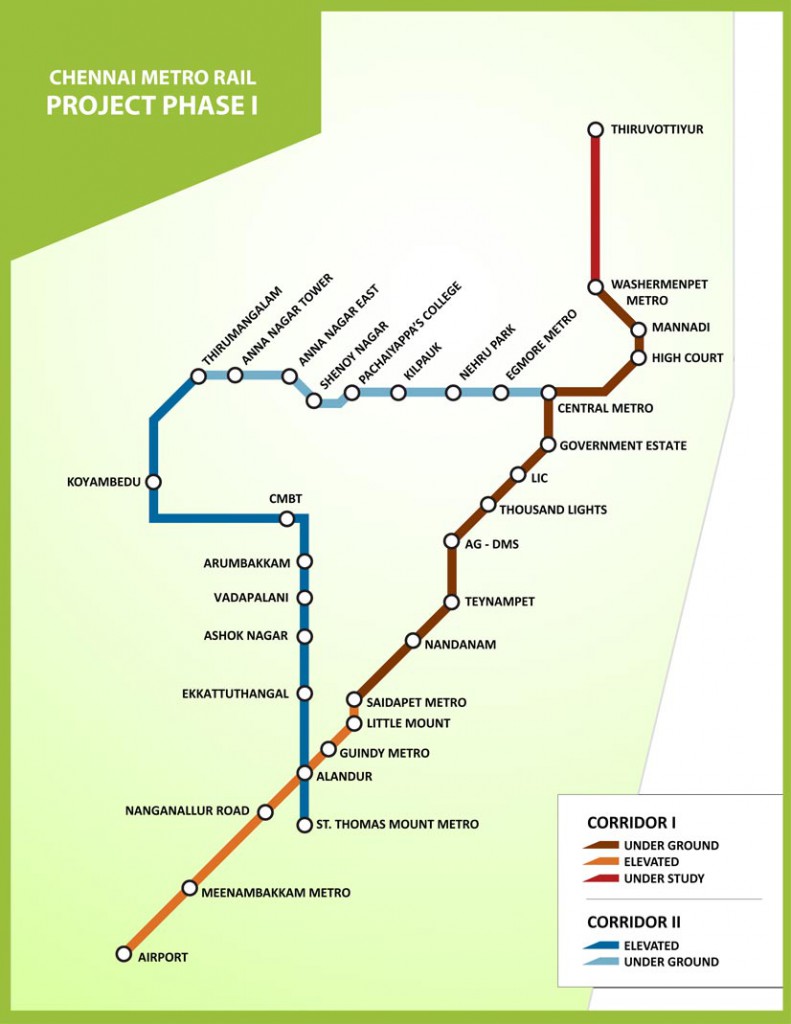 [Spotted this while waiting at the station.. interesting contraption and concept] 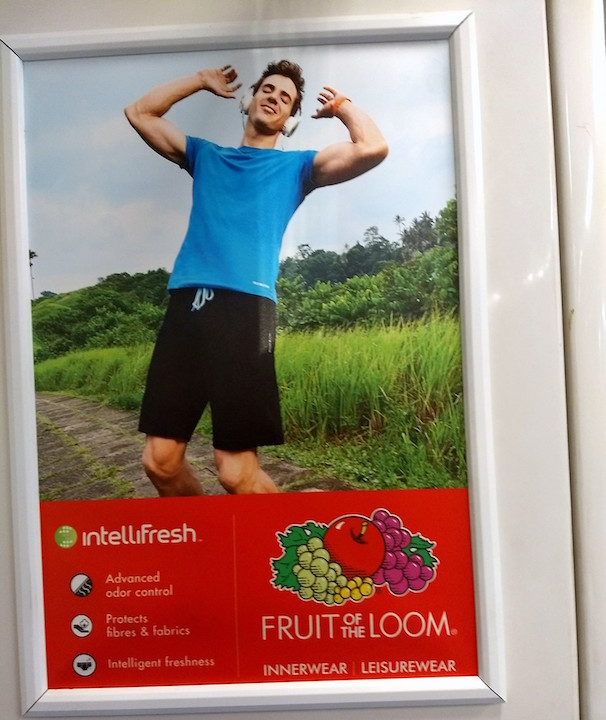 Err umm these ads are all over the compartments… Fruits of the loom itseems.. hehehe The ride back was good, but the train was packed, I had to move to the ladies compartment which was also packed within minutes… phew… Good to see people using this mode of transport so well!