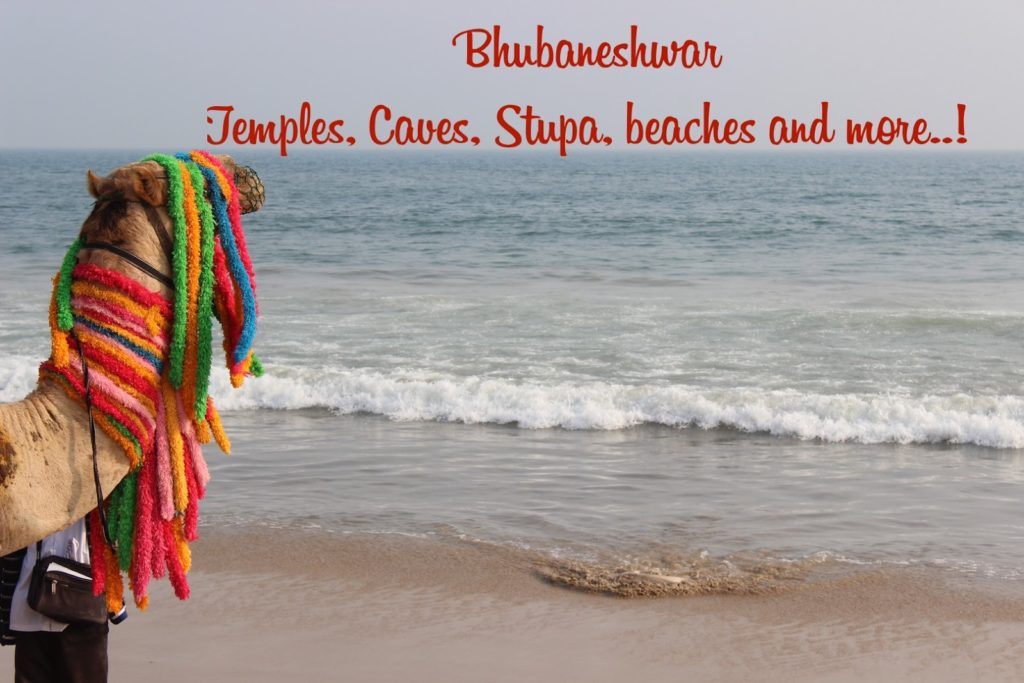 It was one of those trips that did not involve too much planning or thinking. There was a weekend, and I knew I had a few days where work was easy.. Checked ticket rates, room availability, made sure there were no festivals around and voila, I was on a plane to Bhubaneswar..

On my 1st afternoon in Bhubaneswar, I decided to do some exploring. I had read about the numerous temples around here, some of which were known to get real crowded and others much smaller in comparison. Even though I am not into temples, I love them for the history and stories they hide within the walls. I decided to check out three temples, that were in the same locality, literally next to each other.

Hailed an Ola auto [now there is an interesting story, but that shall be another post] and headed to the Parashurameshwar Temple first. It was situated near a school and so there was a crowd of parents waiting anxiously. As with many other places, here too I was subjected to stares and glares, it is almost like people in our country haven’t seen a girl alone, or one wearing jeans and a shirt with a camera in hand. Don’t know, don’t care! 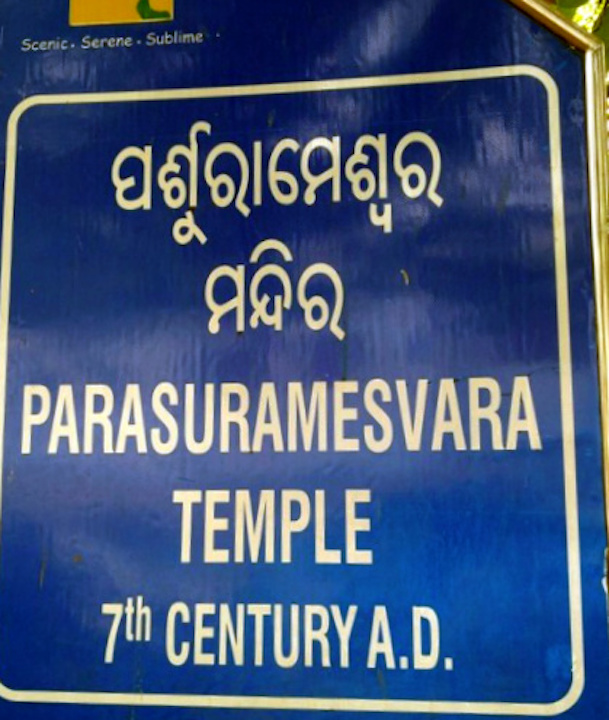 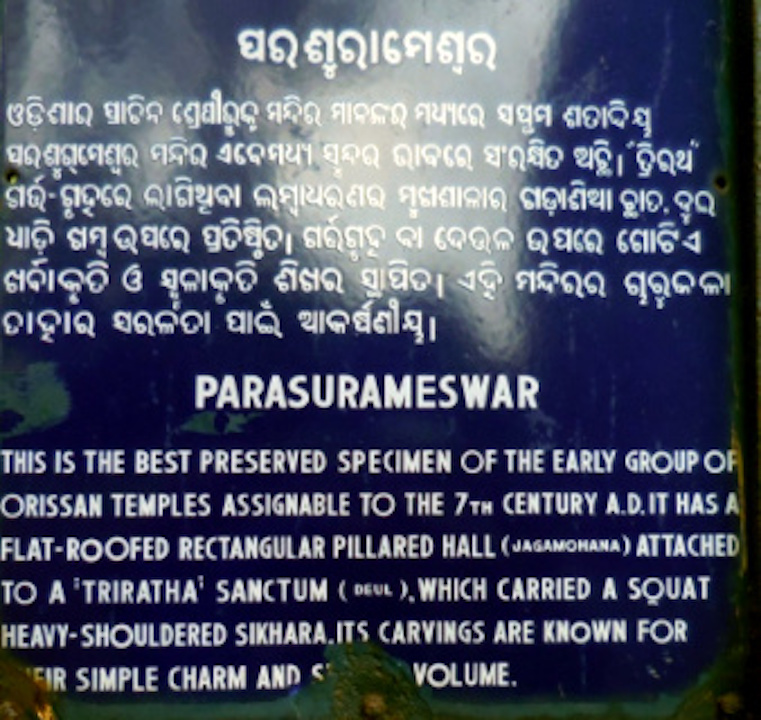 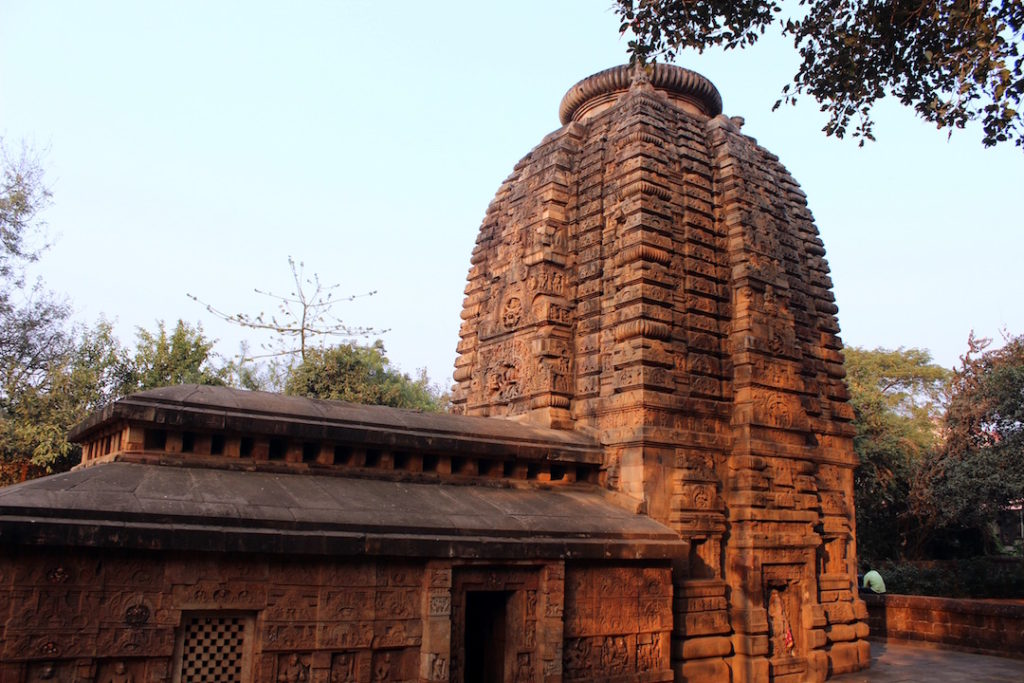 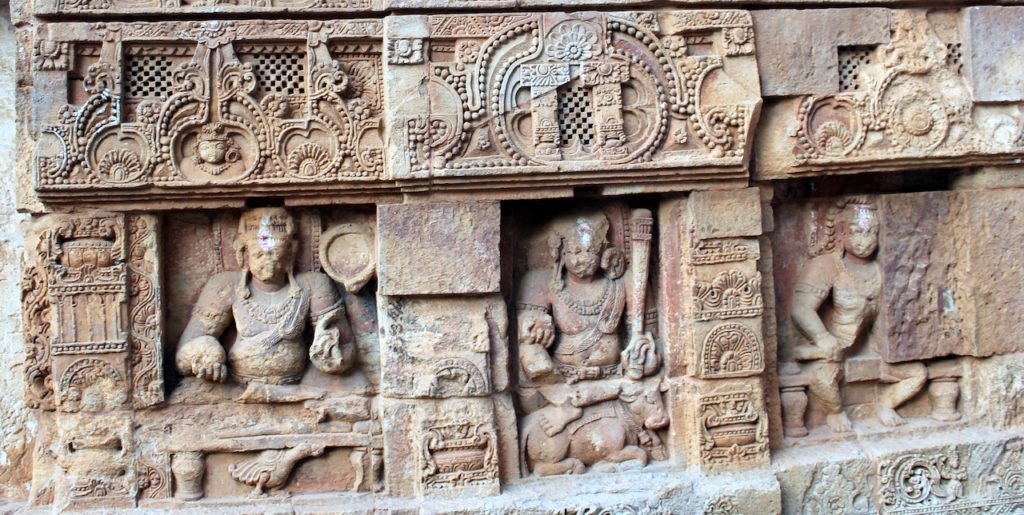 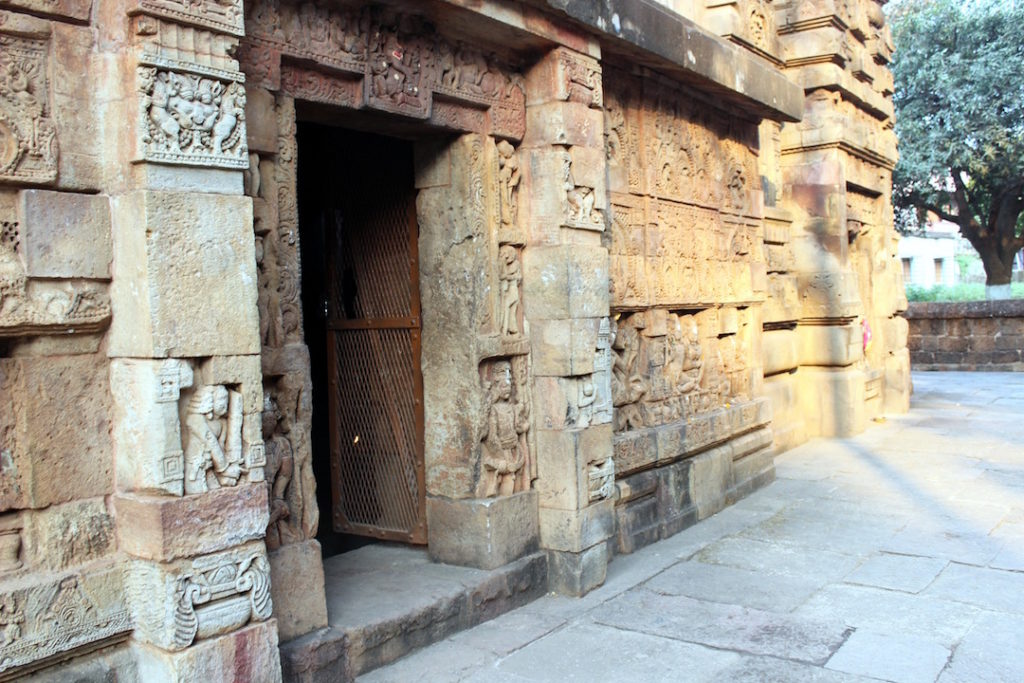 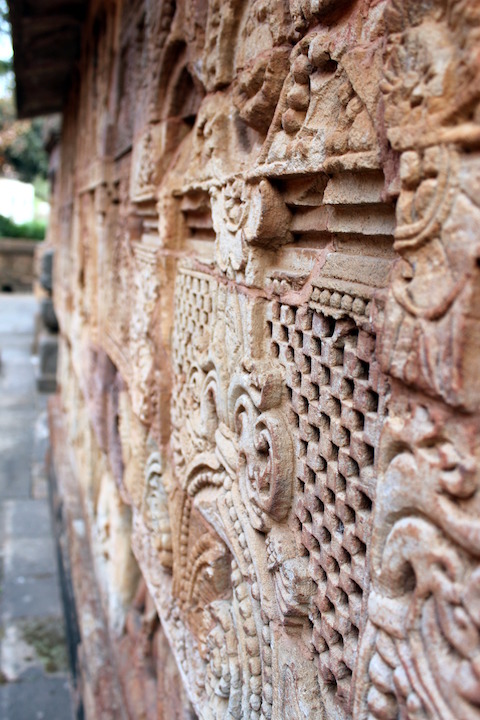 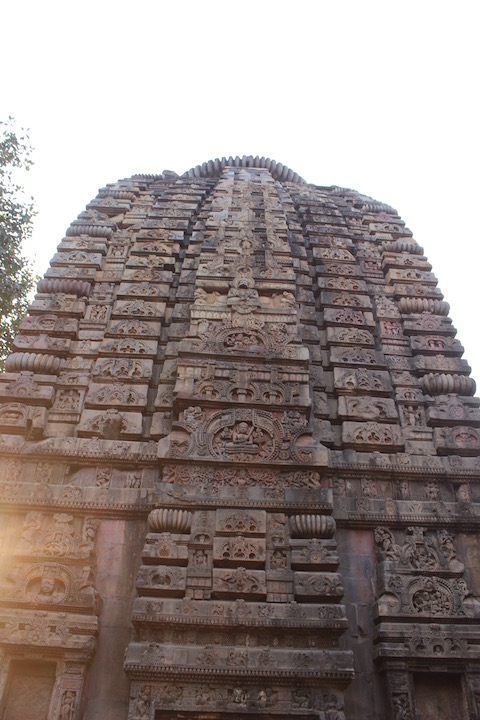 I walked into the swirling gates, figured out where to take off footwear and made my way towards the temple. It is a fairly small one, the signboard outside says 7th Century, known to be one of the oldest temples around here! I was fascinated by the architecture, which I later found was the same across all temples here. The architecture is typical of Oriyan style, with a wide range of sculptures ranging from animals, women, couples and flowers.
It is the first temple to have an additional structure called vimana. Though the temple is dedicated to Shiva, it contains sculpted images of Shakta deities, which are otherwise normally part of Shakta temples.

The Jagamohana is almost rectangular with a terraced roof, sloping in two stages.  The denotes the stage of Saiva Pasupata Sect, illustrated by the frequent representation of Lakulisa. He is sculpted in Buddha-like form, with four disciples at his feet as shown on the last side of the tower, while on the West, above the relief of Nataraja, he looks like the meditating Buddha. The varandah has projecting moulding topped by a recessed frieze, demarcating bada from the gandi, a feature not found in later temples. The frieze has mostly amorous couples, separated by paneled jalis vidalas (a rampant lion, with head swung backwards, springing over a crouching elephant) at corners, a very typical symbol the beleaguered Buddhist faith.


The inner sanctum is fairly dark and houses Lord Shiva. Apparently only two of the three original deities have survived the test of time. When you come around the temple, there is a Sahasralingam [one large Linga with 1 thousand miniature versions of itself surrounding it]

I spent a few minutes wandering about the place, and tried to learn some of the history from the priest there. He was patient and took me around.. I noticed another temple on the other side, with just a park in the middle that seemed to be filled with people walking/lazing. As I made my way out of the temple, I could see the school crowd had vanished and all that was left was a bunch of guys on bike chewing paan and lounging under the tree.

Stay tuned for more from Orissa or Odisha as it is called now..