Day out with Nature in Sikkim…. Part I A day out at River Rungkyung and beyond… 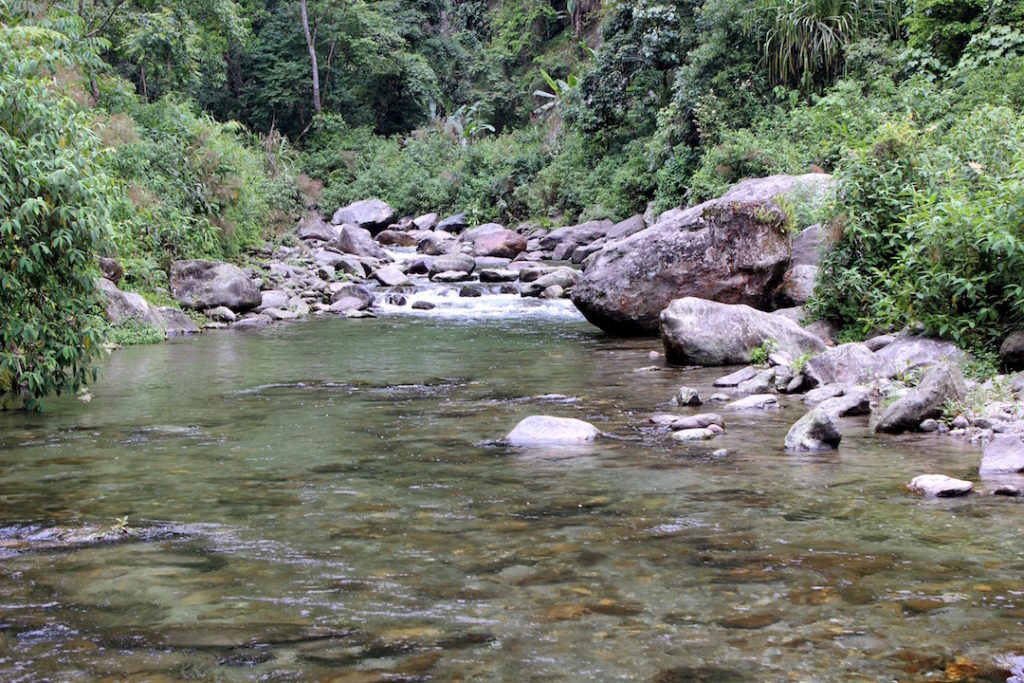 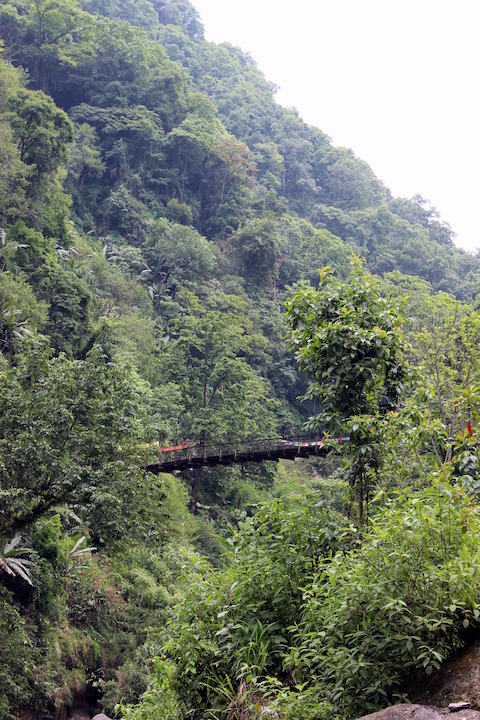 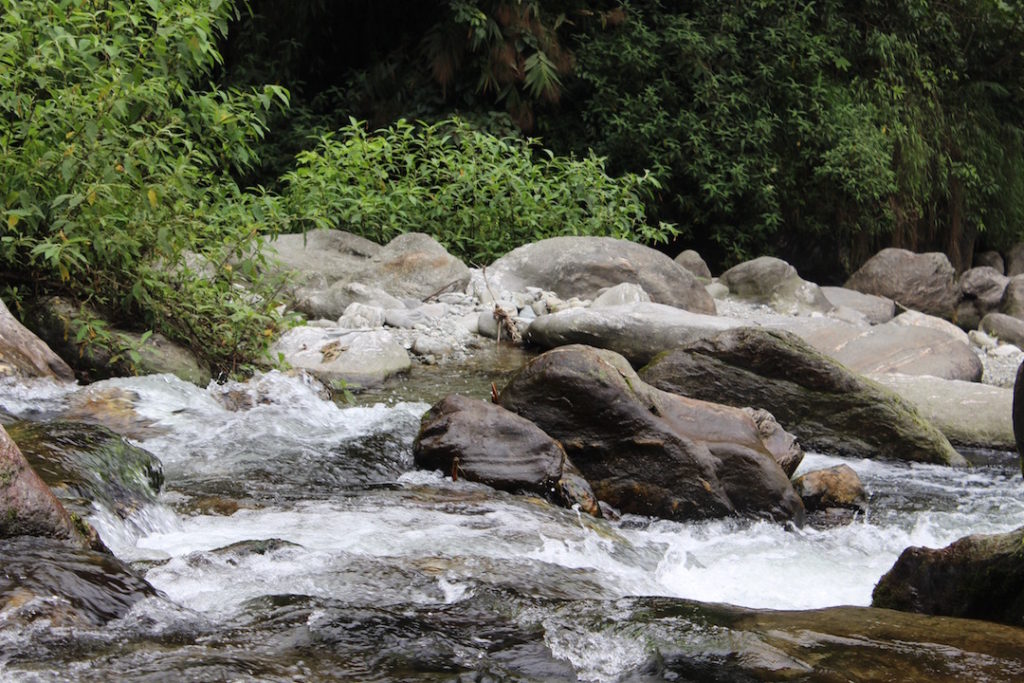 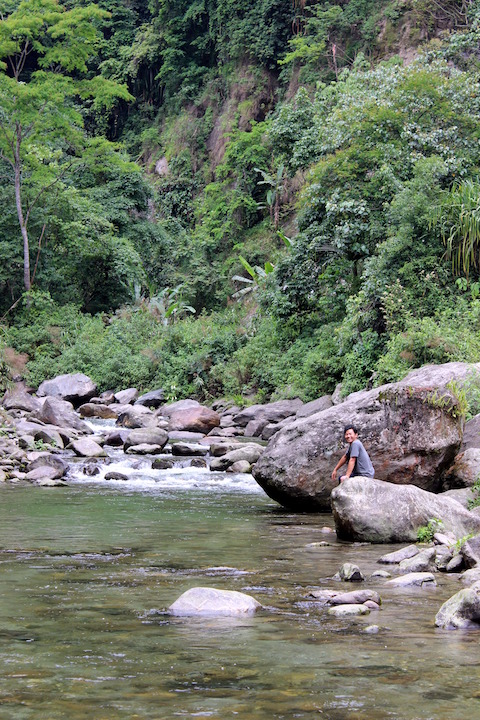 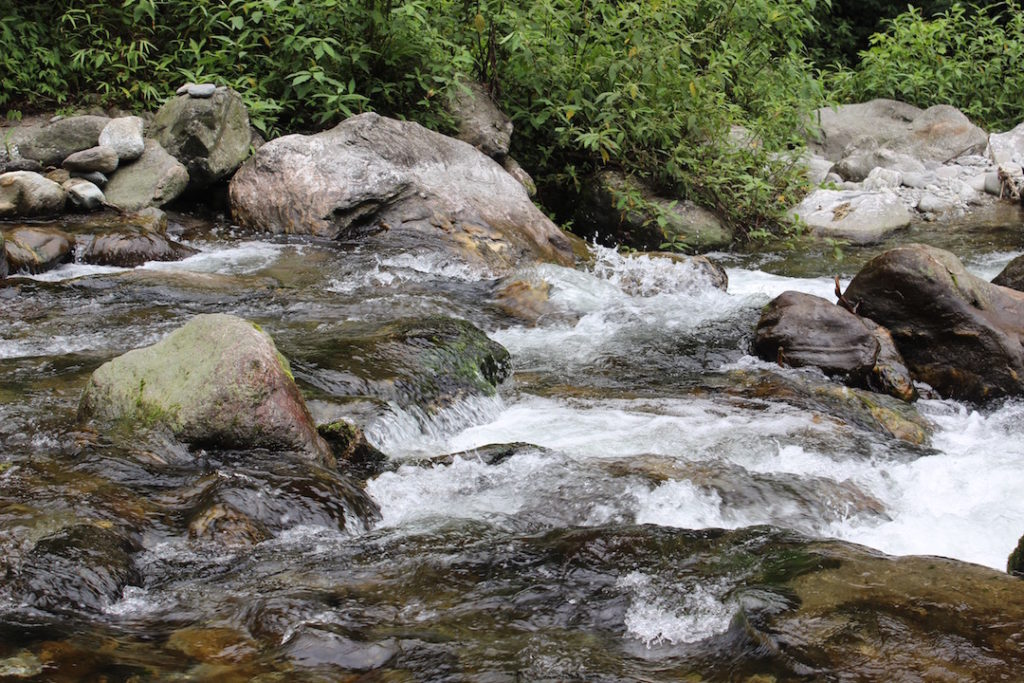 It had been about 4 days in Sikkim, and we were just done exploring Yumthang Valley and Zero Point.. From there, we were headed to another destination where we would be spending not one but two days, yes, probably the 1st time we were spending more than a day at a location/property. We were driving towards Dzongu, which was supposed to be quite untouched and inside a forest area. It was around 6 by the time we got there, and there was nothing but darkness surrounding us. On either side was thick forests, with a few mountains along with bumpy non existent roads.
After about an hour inside the Dzongu region, we finally came to a halt. I saw on the right side a flight of stairs that went into the dark, beyond which lay the property we were staying at. Armed with our rucksacks and backpacks we made our way up the flight of steps. This was probably the one time when I had a bit of difficulty but the guys in my group, our driver and one of the guys from the property stuck with me, gave me immense support to reach the top. Infact, they were my pillars the next two days.
This property belonged to Tenzing and his wife, the rooms we stayed was perched on top of stilts, almost like a tree house, looking over endless forest around. It was cool, green and felt like we were high up in the hills. The 2nd day, our host announced he had a full day planned for us. He was going to take us fishing to the river, cook us a meal right there, and then serve us lunch at his farm, before taking us beyond to see all that the region had to offer.
We were fascinated, curious and well, I was tad anxious [ the thought of dealing with the steps, not once but twice was daunting].. Next morning, after breakfast, dressed in casual shirt and 3/4th with nothing but my wallet and camera, I joined the others down the stairs. The River Rungkyung was a few kms away, and a short walk from the main road [near the bridge], down some rugged path.
Was I glad I made the trip.. The river was beautiful, crystal clear water flowed down the boulders, surrounded by hills and greenery. The water was cold, and I managed to walk to the middle where others were standing.. Soon after our host came armed with couple of beers and some meat, which he proceeded to cook in a makeshift barbeque of sorts right there on the banks of the river.  Being vegetarian, two of us stood by as the guys dug into the meat.. The beer was good~!
We spent have been by the river for a good 5-6hours when Tenzing announced it was time to head to his farm for lunch. What he dint mention was that involved quite a bit of trek downhill, on steps paved out of the mountain.. lolz.. With the help of the guys, and a long bamboo stick, I made it alive to his little house near the farm. The property had been carved out of the mountain, and one room had a natural bathtub in it.
Soon hot cases arrived, then came plates and cutlery and voila, our lunch was served. Many of the dishes were made using greens that had been foraged from the area around the property. From the property a few yards down slippery slope was the river, we could hear it raging away.. We happily lounged for a while, before we were told it was time to leave and explore more of the region and maybe do some fishing as well.
Phew, we did so much that day, I am still reeling from it. stay tuned, shall share more in the next post…