Into the jungles- Dudhwa National Park, UP 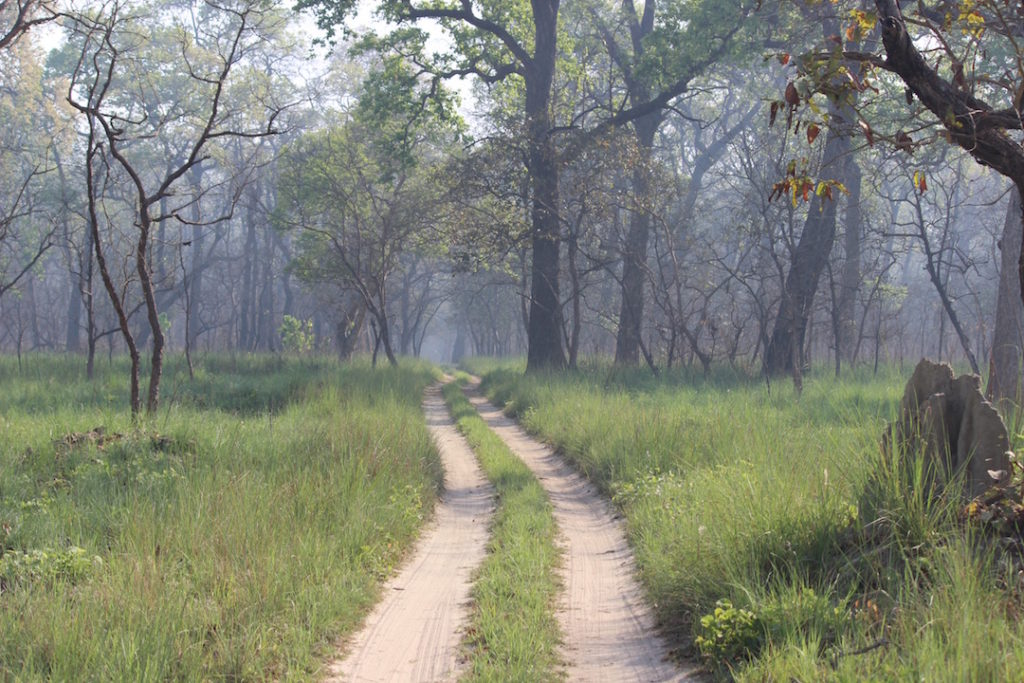 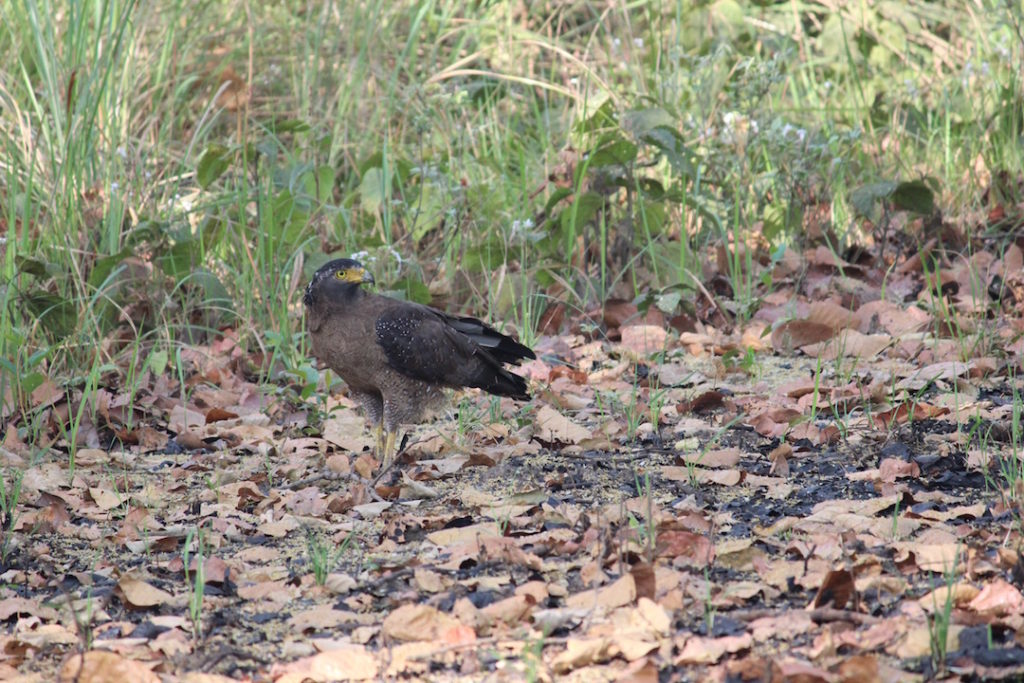 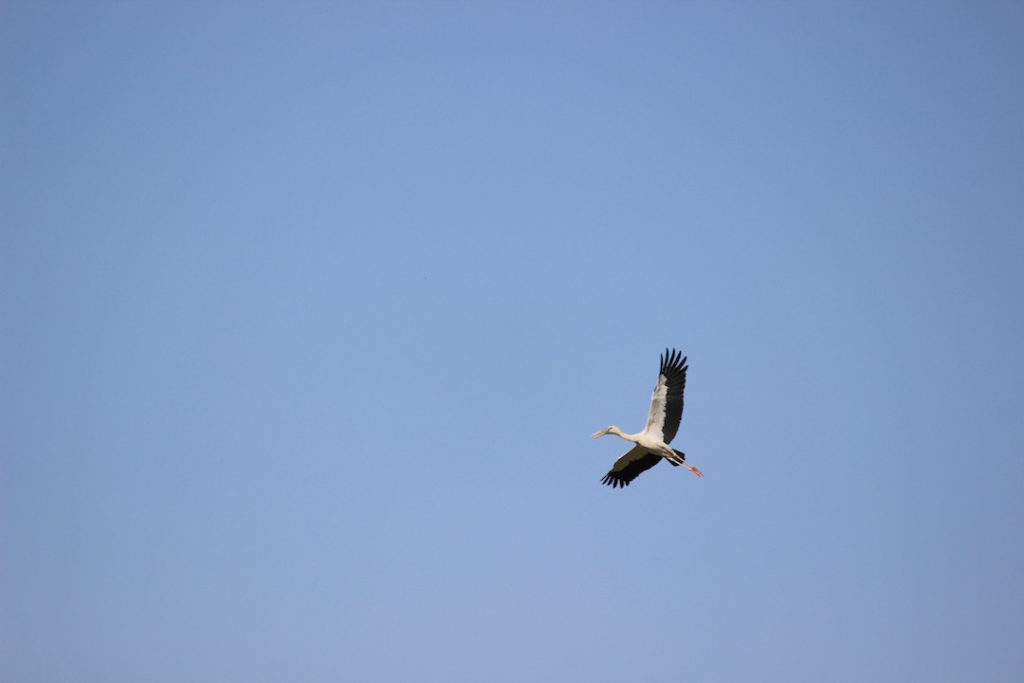 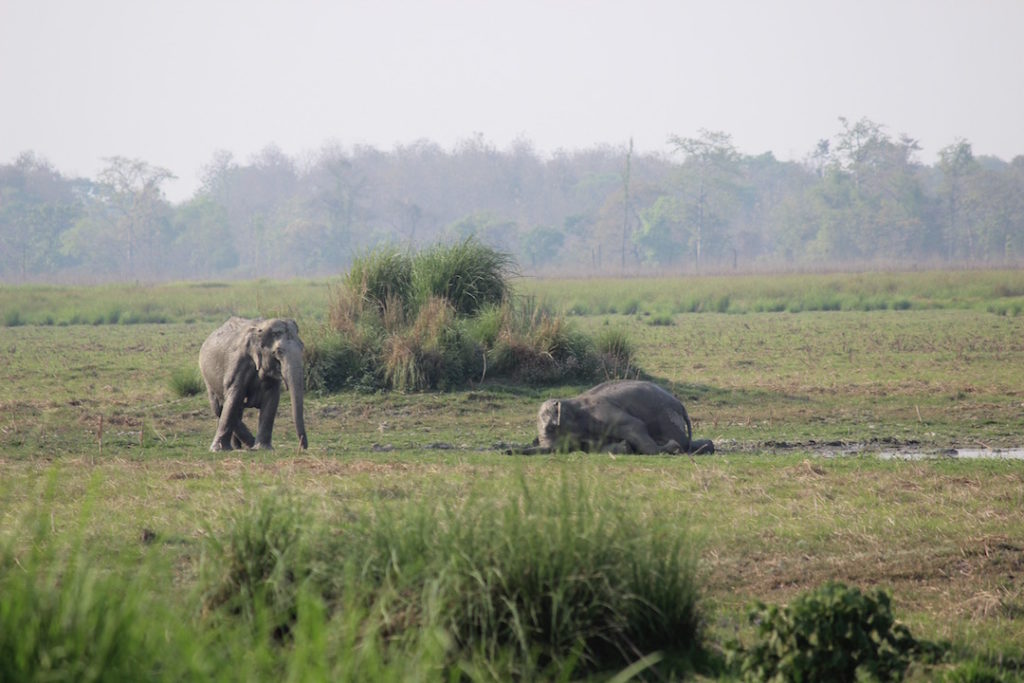 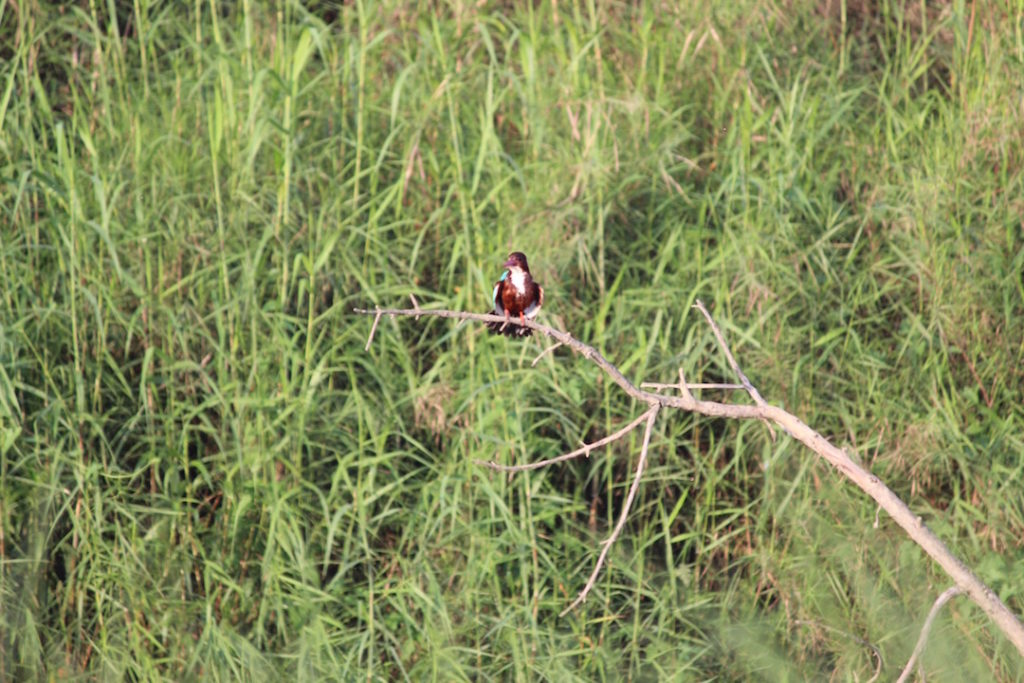 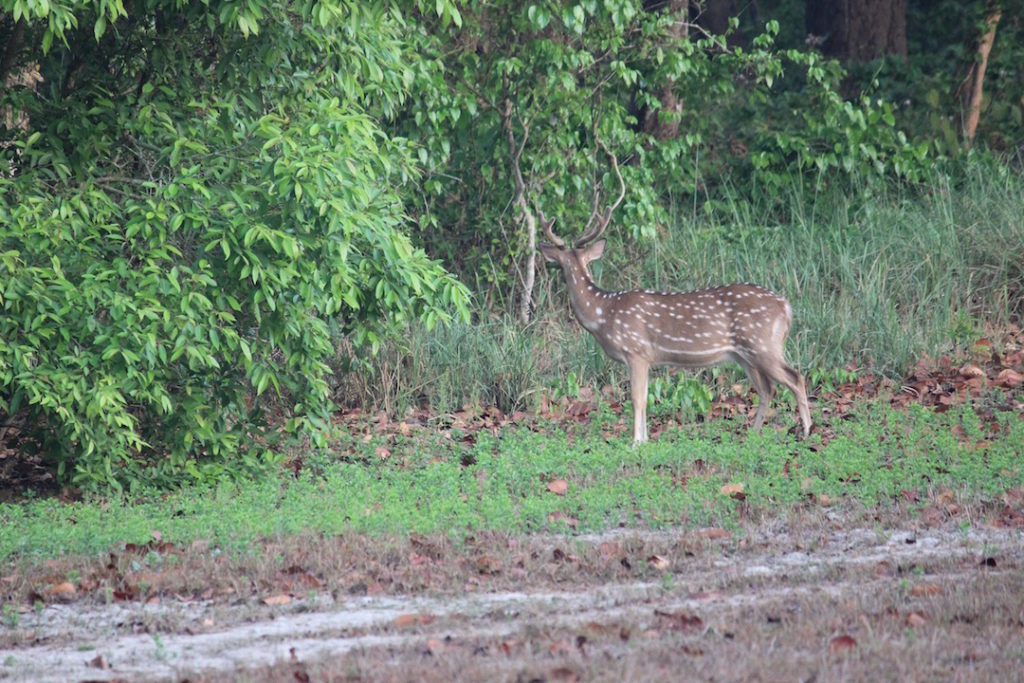 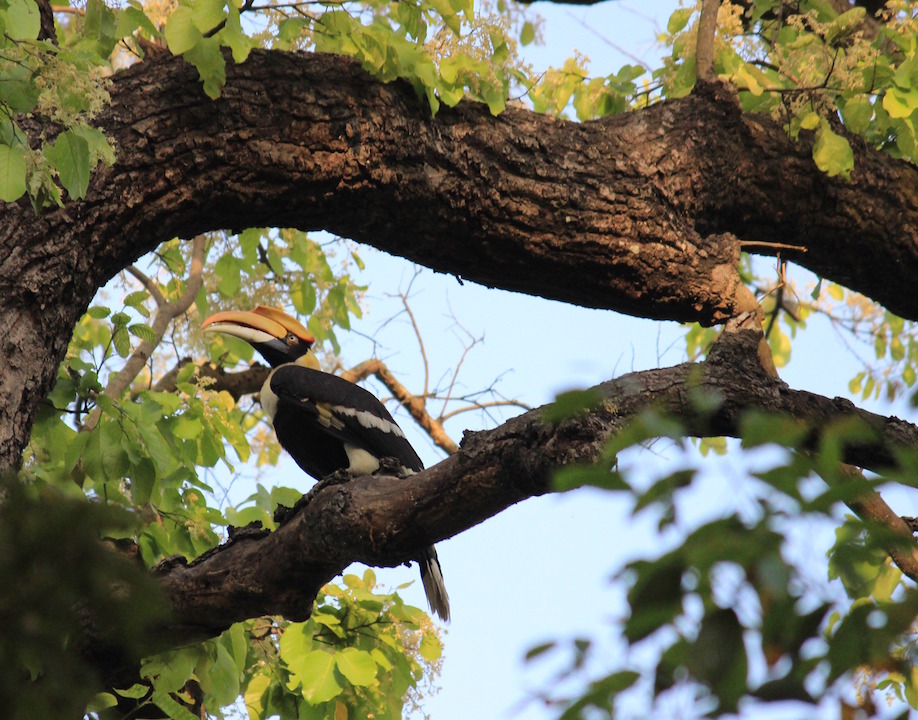 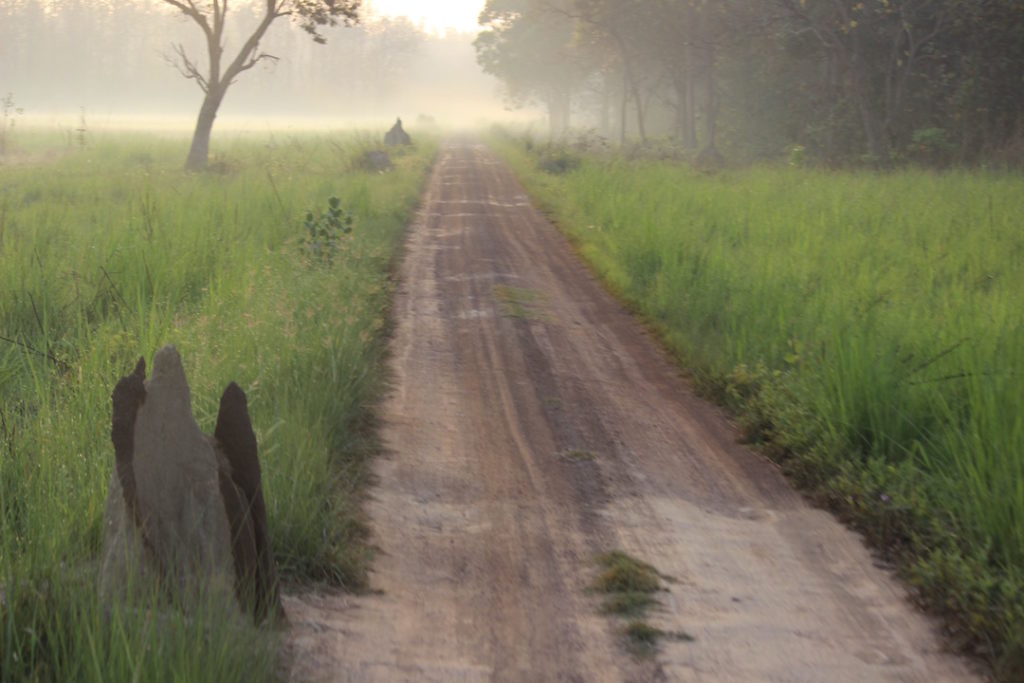 A plan was brewing and I was quite eager to join in [ it had been few weeks since my last trip..]. The girls had been chatting about a trip mid April, to some place near Delhi.. Since most of them were based in Delhi, it was just a hop skip and an overnight train/bus for them, but for me it involved lot more planning. Within a few days, a plan was in place, 4 of us had confirmed and we were off to Dudhwa National Park in Uttar Pradesh, but as fate would have it, one of the girls couldn’t make it as her mom fell ill.

I hadn’t even heard of Dudhwa, leave alone thought of doing a trip there till this discussion. I landed in Delhi, spent a few hours at Ambiance mall with a friend, and he finally dropped me off at Rajendra Prasad Metro, with instructions on which train to take that will take me directly to Anand Vihar… But then, me being me, hopped into a train going in a different direction, so had to get off at Akshardham, take a train back to the previous station and then onwards to Anand Vihar, in all lost about 10mins and climbed up & down million staircases with my rucksack on my back. From Anand Vihar, it was a 10min walk to the bus stand near a mall where we were boarding the bus from.

We were picked up by a jeep the next morning from the bus stop, and taken straight for the morning safari. How cool is that? I was in a casual dress, with shoes and other safari gear [glasses, hat, a scarf around the face/nose region] The next few hours was spent driving around the jungle looking for the elusive wild cat. Along the way, we spotted quite a few birds and other animals that made it fun.

The jungle is home to quite a few animals and birds, including the Rhino that were brought here from Kaziranga [Assam] back in1984. Since it is not a very popular park, the number of tourists is less, and it is the hardcore wildlife enthusiasts who make a visit here..

The park also has swamp deer also known as ‘barasingha’ locally, elephants, Sambar, Cheetal and Hog deers, monkeys, langurs porcupines and a host of other animals. Nearly 800 varieties of birds are found in the park, including the Great Pied Hornbill, Flycatchers, Kingfishers, Drongos etc. Water bodies in the park attract a number of migratory birds from September till march and the rivers support a rich variety of turtles, crocodiles and fish. Gangetic dolphin is reportedly found in the Geruwa river. Dudhwa National Park is a home for 38 species of mammals, 16 species of reptiles, 400 species of birds and 90 species of fish.  [Courtesy: https://en.wikivoyage.org/wiki/Dudhwa_National_Park]

The thrill of a safari for me are the birds and other animals you spot, not to forget the gorgeous landscape inside the jungle. Some parts are long narrow roads, while others have tall trees and ant hills on either side. You might drive across a small makeshift river, and other times you might have to do some off-roading level manoeuvres.

This was pretty much the routine the 2 days we were there, with the only exception being a short quick visit to Nepal [30kms away] on the 2nd day. All we had to do was get clearance for the car and we were in Nepal- we were at Dhangadhi, a small city & the district headquarters of Kailali District in Sudurpashchim Pradesh of Nepal… The road was huge, the sun was blazing away and most shops seemed shut. The area we went to had a few clothing stores and one that was packed with body, skin & other such products- lotion, makeup,shampoo etc.. Apparently, Nepal is renowned for these products and it is quite cheap as well. The girls went berserk- buying Lakme lipstick [ packaging was different and it was all priced between 100-150Rs], and few other products. For lunch we headed to small cafe of sorts where we dug into plates of momos, tried some chowmein and had the local Nepali beer..

Within a few hours, we were back in our safari gear headed towards a different part of the jungle hoping to get lucky.. While the jungle itself was breathtaking, there were no tigers in sight.. Our driver/guide did get news that a tiger had been found dead inside the jungle [ the area we had been in the previous day] and there was a bit of commotion around the death of the animal.. Sigh..

Well, life goes on right… I do love the whole safari experience, but the only thing I hate is the way the tigers are tracked and the jeeps all rush towards a spot where a tiger was last seen.. I wish we respected the animals, and let them be… I guess this is better than the zoo or a circus, but still, don’t they deserve their freedom?!

From there, it was back to Delhi for a day or so before I got back home….