It was April, the air was hot and there was crazy amount of pollution as I made my way from the Airport to Ambiance Mall, Gurugram… I had a few hours to kill, before meeting the girls and boarding the bus, well actually more than a few hours, but did not have any fixed plans. So decided to spend the day at the wall, maybe catch a movie, or find a corner at a coffee shop to snooze a while.  Was to catch up with a friend who’s office was at the other wing in the Mall, so it made sense to head there..

Lugging my 6kg rucksack, I wandered about the mall,exploring it and seeing if there was something I could do that would help pass time… And that was when I spotted  PVR cinemas, and so made a beeline for the ticket counter. Friend did suggest I check out a show at the Kingdom of dreams next door, but after spending some time there, realised the shows were long, and tickets were priced at 2k-3k range… No thank you!! Back to PVR, booked a ticket for Pet Sematary, and looked around to see if there was a cloak room to leave my bags in, when a staff at the theater called me over and pointed to the lockers. There was a whole host of them at the far end, and a guy manning it as well. Since my rucksack was largish in size, he said will keep it near the lockers, and gave me a token.

I quickly visited the restrooms, located right next to the lockers and was quote impressed with PVR cinemas.Wondered why we did not have this level service or amenities in Chennai [did notice the one in VR mall, Chennai is all this and more… so words have been swallowed] There were a bunch of cool food outlets along the corridor, I remember grabbing a sandwich and coffee, before heading into the cinema hall.

The next few hours was spent enjoying the thriller of a movie [ adapted from Stephen king’s book]. Got out, picked up my bags from near the exit window and went off looking for a bookstore. For someone like me, who is not into malls, it is quite a pain to spend so much time at a Mall. So, thank god for book stores and coffee stores, else I would not step into one… 🙂

OM book store was the next place I took refuge in. Dumped my bag near a corner and spent an hour or so among the books, discovering new authors and genres. Before I knew it, time was 6pm and friend called saying he was at the mall. Yayy! Found him and we were out of the mall, on the road to have a drink, grab a bite before he dropped me off at a metro station that would take me to where I wanted to head… I was off to the jungles, to try my luck at spotting a few wild cats and more…. Dudhwa, here I come~!

It is fun doing random things, once in a while…. 🙂 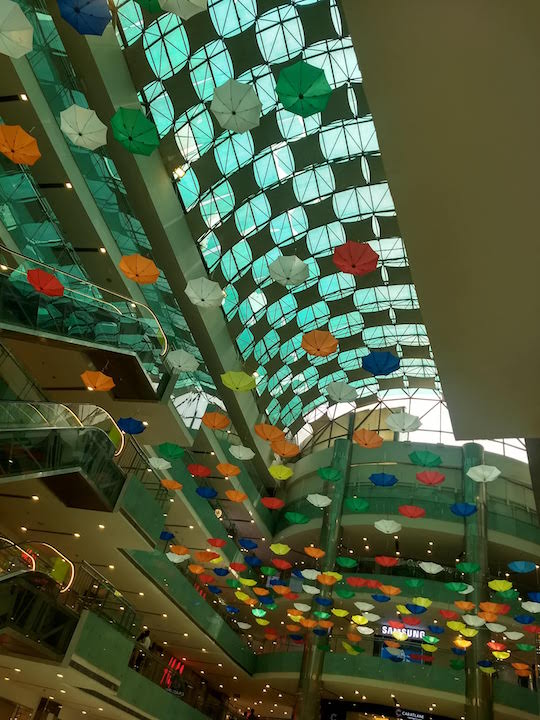 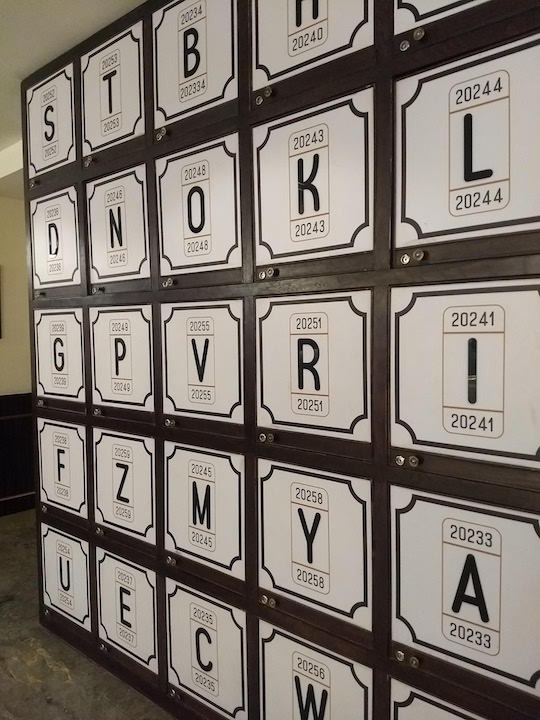 The Lockers at PVR Cinemas 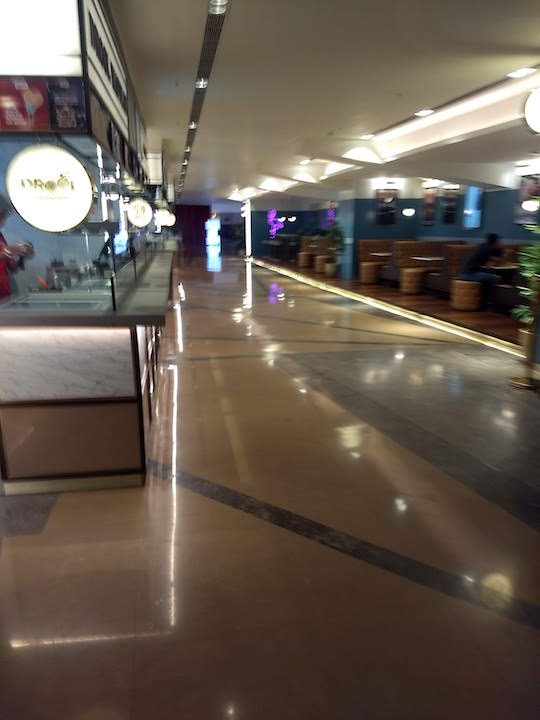 The corridor and food outlets along one side… at PVR Cinemas