Pal was in town and as is customary, we decided to catch up one afternoon… Looking for a new place, one that wasn’t too far for either of us, I zeroed in on Tea Villa cafe [ having visited their outlet in Mumbai, I knew it was gonna be just as good, if not better]. Located on Thirumalai Pillai Road, it is situated right next to Surya sweets & Greens store. The frontage was an interesting one, covered in greenery with nothing but the name of the place on it. I was led into a room with an elevator by the security guard and voila, within few seconds I had arrived at the cafe.

Loved the place from the minute I stepped out of the elevator. Found a table, got comfortable and took it all in. The decor, the art on the walls, and the elaborate menu, 1st few pages just Tea based [ 80 varieties to be specific].

Within minutes Pal arrived, and we got down to the business of catching up. She lived in UK, and though we did exchange a few messages now and then, we always looked forward to catching up in person.. This was probably the 1st time she had arrived ahead of her husband and son, so she had some time for herself.. After spending a few minutes glancing through the menu, we ordered one Irani chai [with milk], a Kashmiri Kahwa [no milk] and a paneer tikka katti roll..

The teas were good, I loved mine even though it was a tad sweet, the slivers of almonds on top added a nice crunch. Friend’ Irani chai was good, had strong spices in it. And the katti roll was heavenly, spicy & yumm. The kind of spicy you want to keep eating, even though your mouth is on fire..

As the conversation flowed, we couldn’t help notice the place was packed, and people kept piling in, some in singles, others in 2s or groups. I was telling P about the one time I had visited the outlet in Bombay, and spent a few hours sipping chai and reading a book. The bill was around 400bucks, which I thought was fairly decent…

Infact, she mentioned she had gone back to this place with a friend few days later.. Well, this place joins the list of favourite cafes in the city! Been here yet? 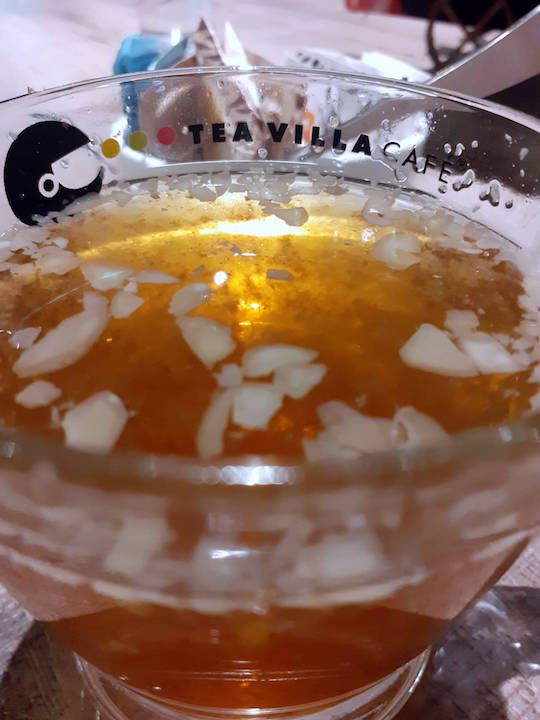 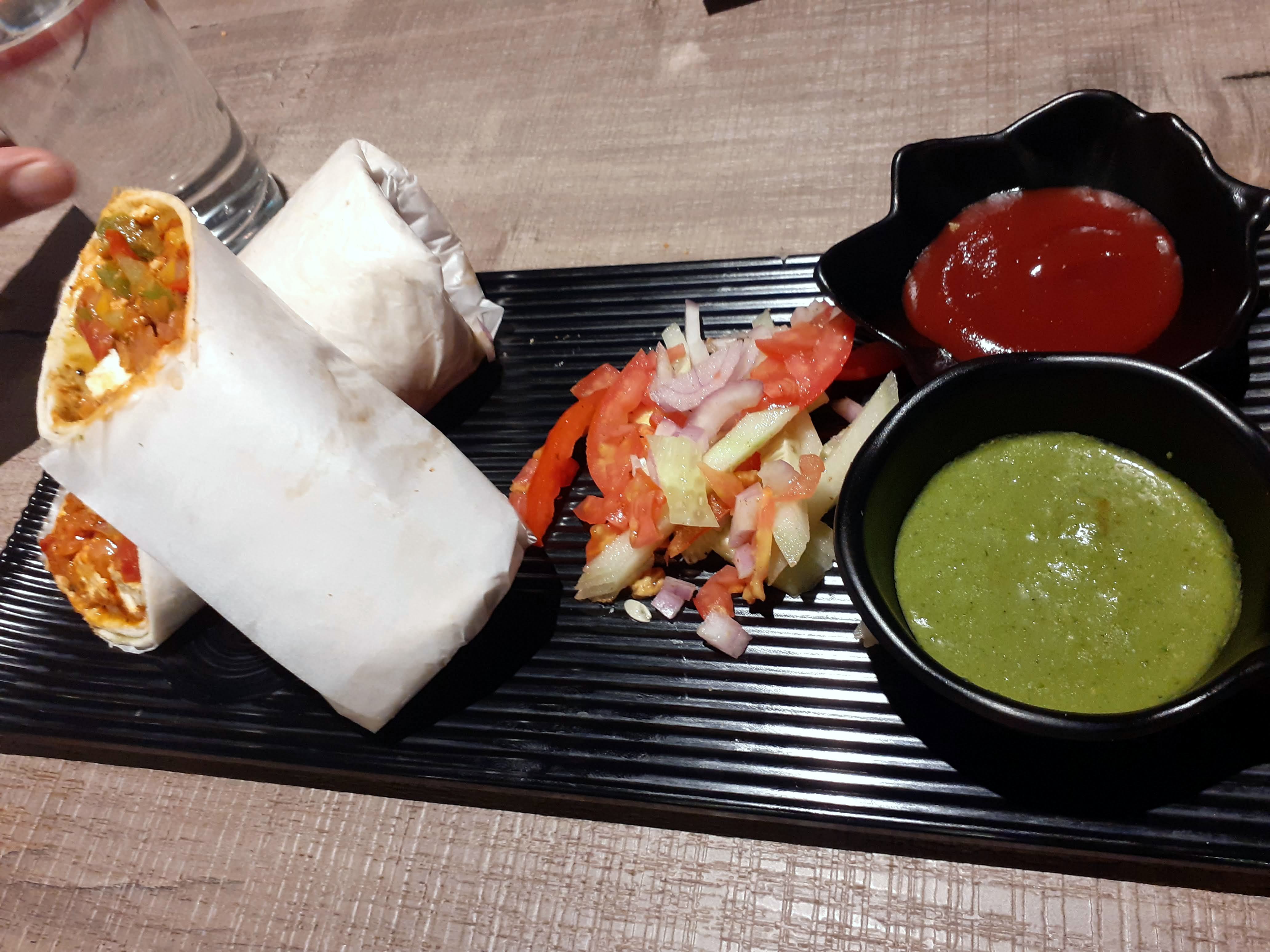 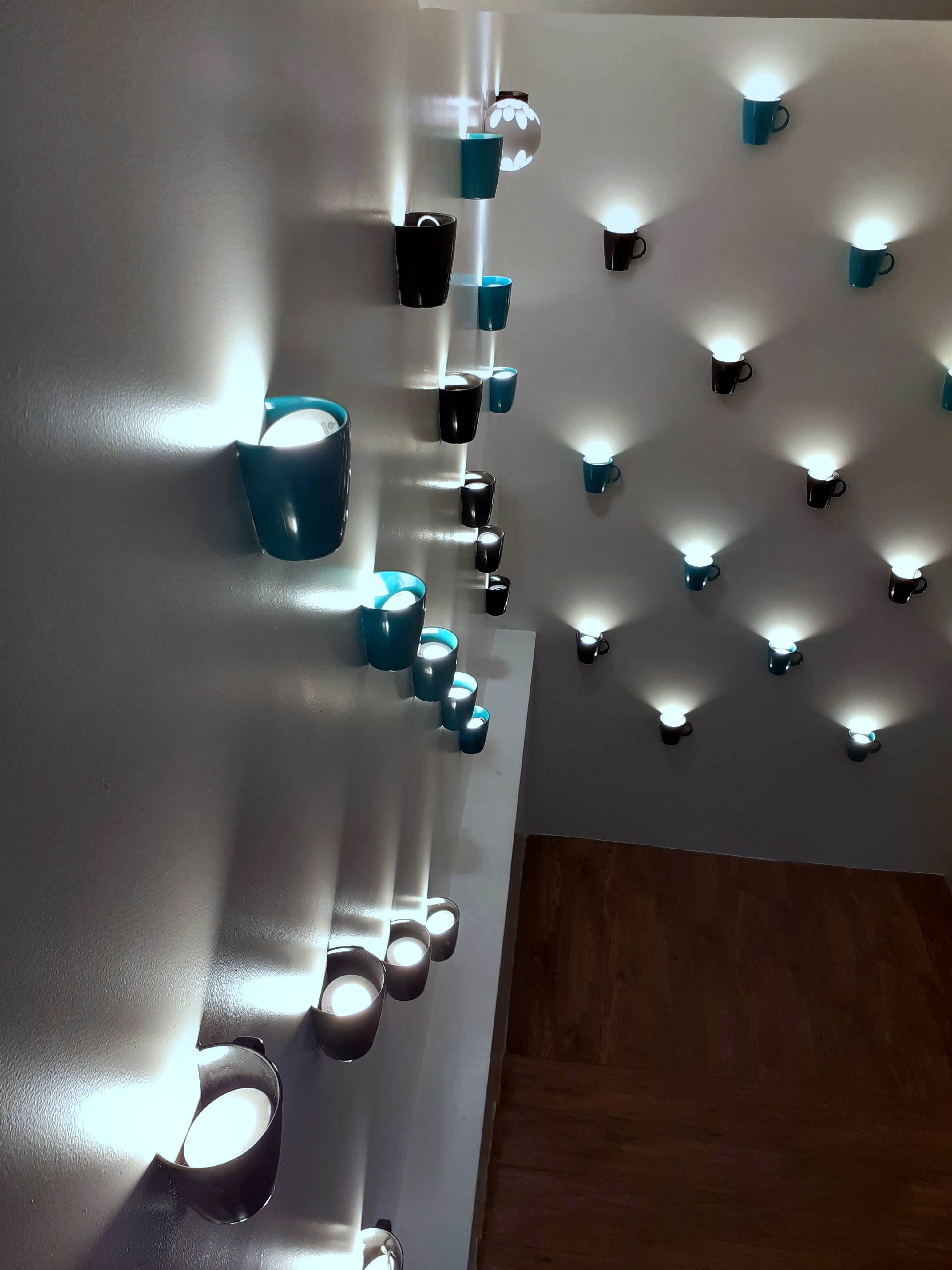