I love momos and dim sums, have always loved them and we devoured a few plates of hot momos while in the hills, and in Delhi as well. And so when the friend pinged asking if I would like to check out the Dim Sum festival at Soy Soi, I agreed without hesitation. But then, I got back from a trip, was down for a few days and so the visit was postponed a bit. Nevertheless, we made it and it was one amazing lunch. I have been to this restaurant earlier and so knew the food was going to be amazing, considering they had Chef Peter at the healm.

Many a times, we have visited restaurants that had dim sums, momo, bao on the menu, we would end up having a soup, 2-3kinds of dim sums or momos, share a dessert and be done with the meal. So, here too at Soy Soi we did something similar, infact we skipped the soup as well. We picked out 3 dim sums from the menu and then added one more, and that was our meal. Each had 3-4 pieces on it and so it was more than filling for the 2 of us. 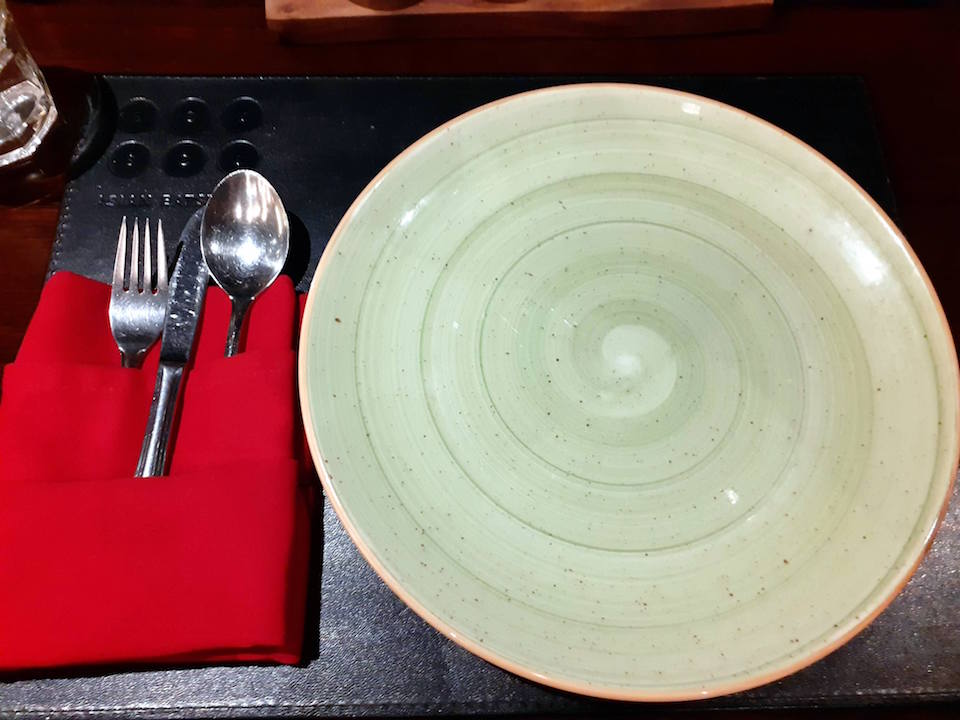 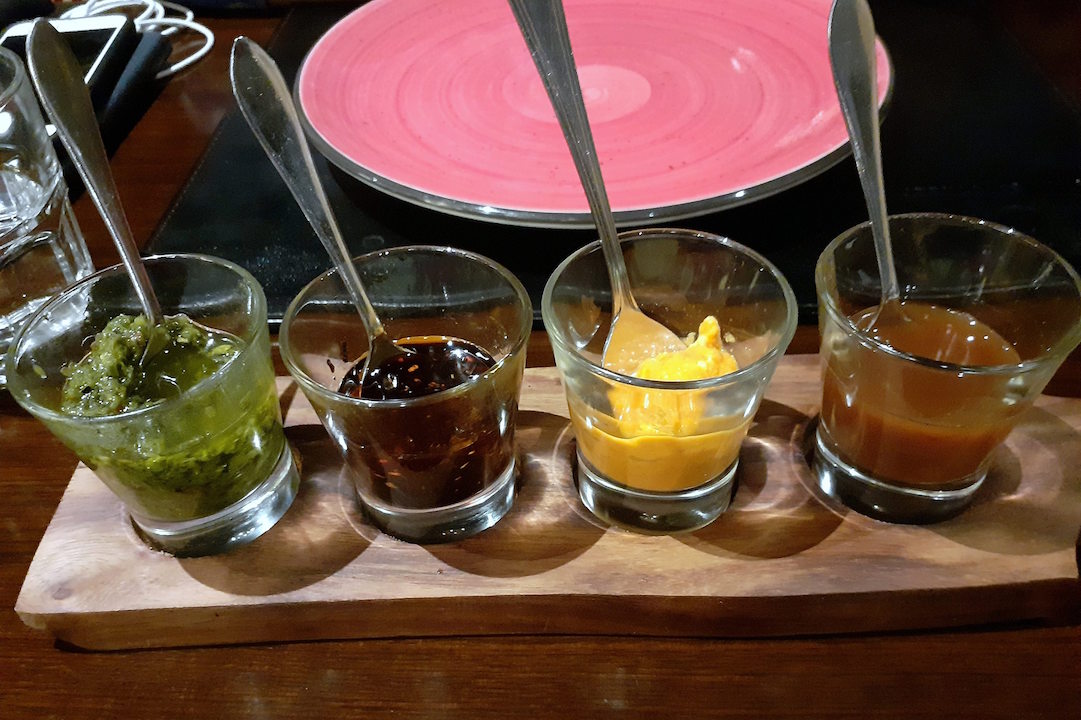 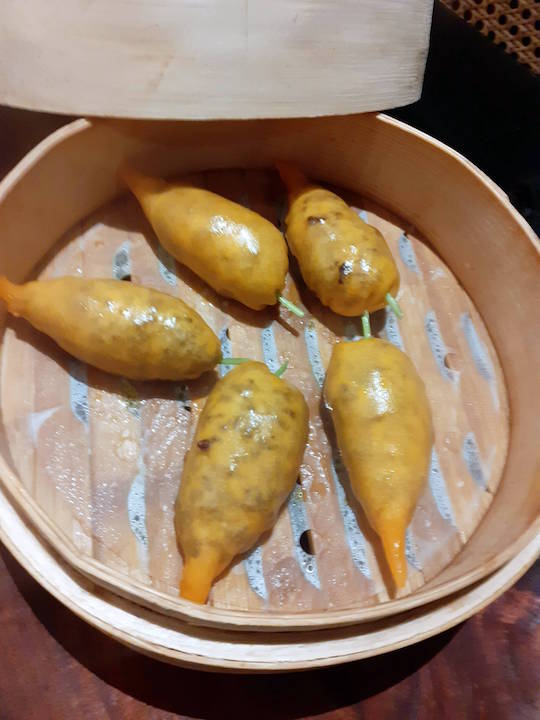 Spicy Soya basil Dumpling [Minced soya + chilli ginger dumpling]- This was spicy, and the filling was delicious. Oh and the wrapper literally melted in our mouth..

Mushroom Xiao Long Bao [Soup dumpling with mushroom & chestnuts].. While there was barely any soup, it was a good one, filled with mushrooms finely chopped. 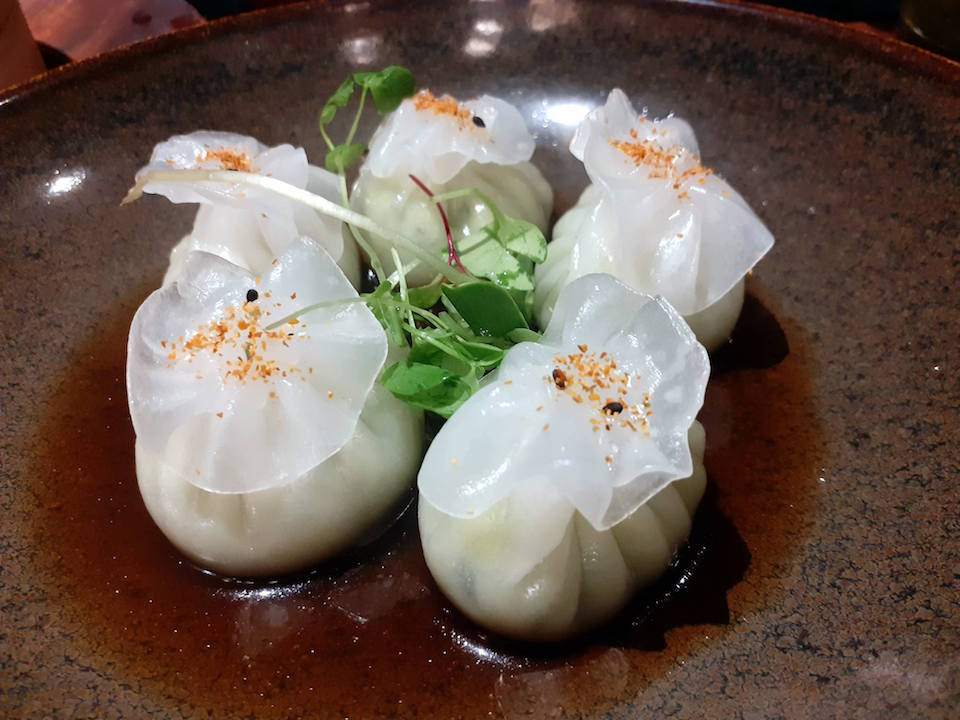 Edamame Truffle Dumpling [ Truffled edamame with Chestnuts & togarashi]- Yummm is the only way I can describe this one. The subtle flavours, the edamame and the togarashi spice, plus the soya sauce it had been sitting in came together beautifully.

Golden Mixed veg Phoenix tail puff [Fried golden puff +mixed veg]- Oh my gosh, these were out of the world. The outer layer taro puff just melted in our mouths while the filling had us puzzled, was it potato, was it cheese, what was that layer outside the veggies? We did not know for sure, but we loved it.. 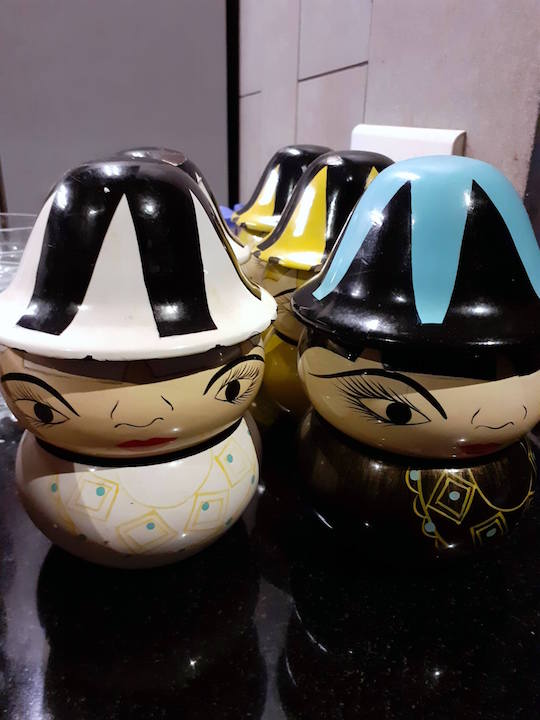 The containers used to serve desserts.. Spotted them on our way out and had to take a shot of these cuties.

If like me you love these steamed /fried dumplings, then head over to Soy Soi in Kotturpuram and have them…The festival is on till the end of the month, a portion of dim sums are priced Rs245/- onwards

Disclaimer: The reviews posted on this blog are based on my personal experience. Also remember these were just my views!! Remember, no two palates are the same. Bon Appétit