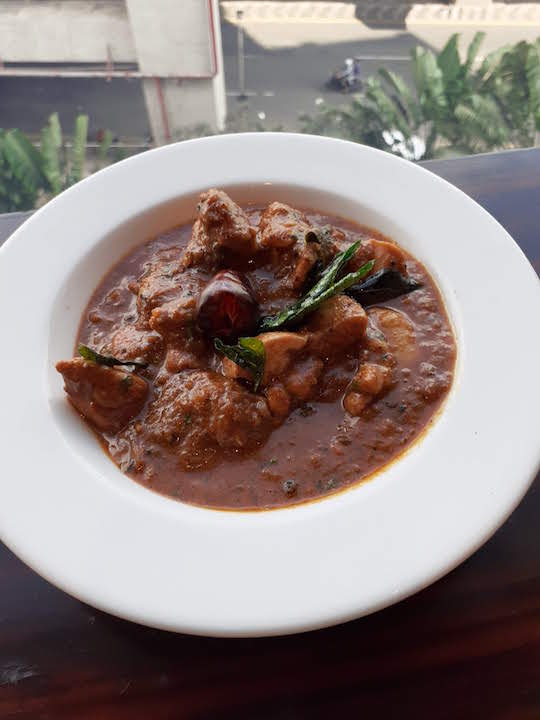 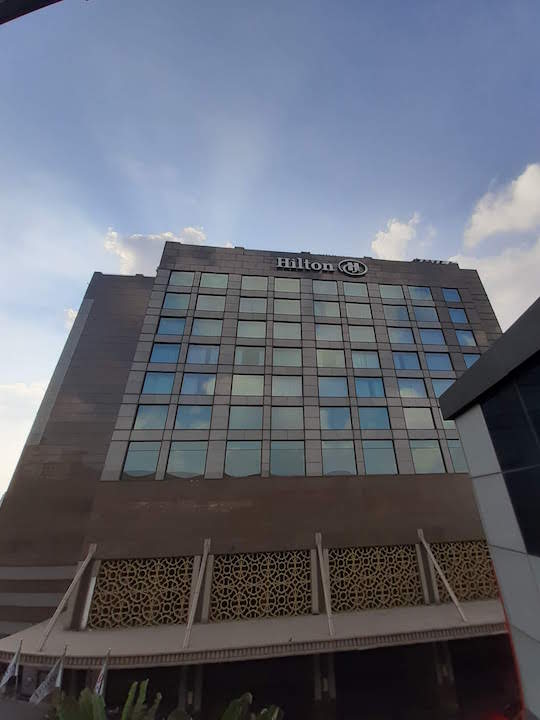 The first thing that catches my eye is a metal Pallankuzhi [a game that I used to play with my grandma & great grandma] board where each slot has a different spice . I beam with a big smile, and then I see the Baranis [that are used at home to store rock salt, tamarind and pickles] next to the counter..

Chef Dinesh Kumar is excited as he tells us how the Chettinad Food Festival is quite close to his heart.. he speaks fondly of the recipes he learnt during his early days and how most of them originate from homes in the town of Karaikudi and around.

The flavours are authentic, the spices are freshly ground and the meat/veggies are what they had used traditionally in their dishes.  Most dishes he says are not over the top spicy, loaded with masala, but are all well seasoned and carry plenty of black pepper in them. Chef Surya chimes in adding that they had travelled to the various towns in Chettinad region, met with local women and learnt the dishes.He shared an instance when they met a 96yr old lady, who complained that today Chettinad food is associated with only meat, while back in the day it was 100% vegetarian. She went on to say that even today, most weddings carry only vegetarian food, while there might be an event the day before or after with non veg items.

A little bit of trivia about the Chettiars (or Nagarathars)- they were a small community of merchants, who were mainly into trading and lived around the Poompuhar and Kaveripatnam during the Chola rule. It is said the heavy floods [around 8th century] forced them to go out seeking livelihood, and some set up homes in the Karaikudi region which soon became their base. Similarly, they did trade business with Burma and Srilanka extensively which is where the meat dishes and other spices are said to have come from.

During my trip to Karaikudi and around, I discovered the speciality of the food there – freshly ground spices, no off the box kind in anything. The meals we had at The Bangala still remain etched in my memory and I would love to go back to dig into that meal once again.

Today, am at The Hilton looking forward to tasting the Chettinad dishes that will feature on their festival menu at Ayna [for dinner]

There was Eral Millagu peratti [Prawn], Karamani Makkacholam Vadai [ black-eyed peas & corn], Chettinad Chicken curry among other dishes [these would be served with rice or parotta]. Infact the gravies when eaten with rice & ghee, which was a suggestion we offered to the Chef as well…The chutney that was served along with the vadai stole my heart, it was spicy, but the kind you keep going back for. infact, long after being done with the vadai, we held on to the chutney, licking the bowl clean.. For dessert, Chef told us there were 2 – one was Thengai milaggu mousse and other was Kavuni Arisi payasam…

More than the dishes, it was fascinating watching Chef Dinesh cook. The way each ingredient was respected, added one by one, the process, the spices just sprinkled to enhance the flavour of the dish… It is an experience alright & one we got to enjoy from the front row..

In light of all that is happening around us, food is one thing that gives us comfort and brings people together. So, it wouldn’t be a bad idea to head out for a meal that offers you just that~

Disclaimer: The reviews posted on this blog are based on my personal experience. Also remember these were just my views!! Remember, no two palates are the same. Bon Appétit  🙂