Couple of days back was at a friend’s wedding, fairly early in the morning .. it is a small crowd, a cozy & intimate wedding and it was just lovely..Among the guests the groom’s cousins and one of them was this cute 6-7-year-old little girl.. she was dressed in the traditional Pattu pavadai and had a big smile on her face all through the event. Initially, she was wondering about it until one of her uncles caught hold of a and want to not go out of the hall or or or go exploring the place on her own.

Soon it was time for the main event of the wedding [tying the thali] and that very uncle was called onto the stage to sing a song. This girl went along with the man and stood on the chair behind them and kept asking them if she could sing a song. Being a child, people encouraged and within seconds we had her singing Vande Mataram. The entire crowd burst out laughing after she Sang but manage to control their laughter and clapped hard for her.

A couple of minutes after that everybody has settled down the main event was over the groom and bride has settled down the complete the formalities and this little girl went up to another set of family members stood in front of them Full focus and sang Vande Mataram once again. They cheered and laughed and laughed and hugged her. She came over to her mum and dad and shared this instance with them beaming with joy. Father told her that he needs to continue practicing to sing better and learn bigger complicated songs and she nodded her head promising to do so. The scene that followed this just touched my heart the father and daughter hug for few minutes and the father told her how proud he was of her and the joy that you could see in her eyes was just something alright. Fathers and daughters have such a special connection such a special Bond and having grown up a father’s girl I so totally get it.

I fondly remember the days when dad would pick me up from school on his scooter and I would sit behind them hold on to him and was told that sometimes a good dose of. Passers-by would tell my dad the child behind was sleeping and to hold on tight. In fact till we probably more date of Tirunelveli that did not have a car it was only in the last year he got a car, so till then we used to roam around on his scooter – either all three officer just him and myself. Dad and I would go to the new market Bazar space he would buy me your rings colourful earrings or Candy or stationery and just about everything that I probably asked or pointed to. Even when in Class 6 or 7, when our school premises had temporarily shifted to a building 2kms away, dad would ferry me to and fro. While this was one side of his personality, he did have a nasty one as well – getting angry, shouting, but I don’t remember ever hearing any directed towards me. But I kinda always knew he was not someone you messed with.

When I got my periods after the first one mum came off to Chennai because she was pregnant with my sister and it was dad who literally took care of me and the initial days of crazy periods. I still remember the very second period how I had blood and saying the sheets and hi very calmly give me close to change into and took care of the soil bed sheets. Similarly when we were all in Sringeri at a family when I got my periods early and that went to the market got me a packet of pads and stayed with me through the evening while everybody has gone off to the temple. Might be little things but they all matter to me and they remain etched in my memory to date

In my 20s, my parents did put in the time and effort to try and get me married.. well they did not really understand me or know what I was looking for an arm and they did what they knew or what they thought was best for me. Most of the meetings with the guy for the family ended in disaster with me fighting with my parents trying to get them to see my point of view and to give up cos they just did not get it. Few years later dad tried to do a bit of matchmaking, which just went down the drain.. complete mismatch and that is the last of that~

There were times when mom hated this bond between us and tried to break us up [yes, literally that], but all it did was drive me further away from her. Even now, my connection with my dad continues to be stronger than my connection with mum. On and off he would send me a message or just randomly call just check in on me if I was ok if I had enough money and the one question that was standard was do I have enough work and I’m able to sustain myself. I often catch I’m looking at the corner of his eyes and smiling whenever I am helping an uncle or a cousin for giving them guidance on any aspect that they needed help with.

Fortunately, dad has never compared me to my cousins or thrust and your opinion of his on me. He has mellowed down over time, is 73yrs old, and has learned to take things in his stride and keep himself busy. But yes, there are moments when his “other” side sneaks out and reminds me that it continues to linger in the background.. Oh well~…

I love travelling, dad has travelled quite a bit during his Bank days and so whenever I plan a trip I share details with him. He would add to the list of places, or share his experience. It is fun having such conversations with him even now. Sometimes, I would ask him about grandpa [his dad] and my life when I was a baby [ spent some time with them in Shankagiri where thatha and great gramma would take me for a spin in the jeep to put me to sleep, great gramma telling me stories every night before I nodded off and so on].

It did take a while to accept that I’m a grown woman independent and hold my own fort. He is from the old school of thought, and therefore it took me a while to come to terms with the fact that his daughter is single and independent and happy the way she is. He grew up in a small town, and did not have major exposure, and so his ideas and thoughts are also limited. For that matter, even though my mom grew up in Chennai, she did not have friends [growing up in a joint family household with cousins I guess you don’t miss/need friends]. She hasn’t travelled much [ most of it was in the last decade with grandparents] and so her thoughts are also quite narrow, and old-fashioned. Anyways, coming back to Dad.. The COVID-19 lockdown had my parents with us at my grandparent’s house for a good 10 months and boy oh boy, it was one hellova period alright. I was glad to have had work to keep me busy and the room upstairs to get away to, else would have lost my sanity by now! 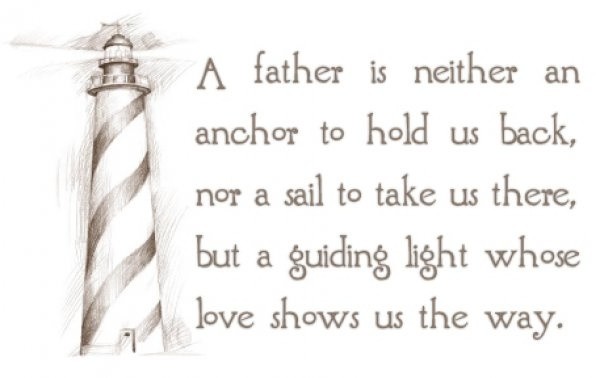 I had written another post where I shared how I have changed over time… I don’t relate to my parents anymore. how different they are, how I have grown over the years and their personalities just doesn’t sit well with me.. Being in such close proximity meant clashes of thoughts all the time. Little things ticked me off but had me wondering “have they changed, or were they always like this and it is I who has changed over time?”  I am nothing like who I was back in my 20s and I know the family has a tough time understanding or making sense of me… But I have grown, matured, become an independent confident woman now and I LOVE ME for how I have evolved.

When I see girls around their dads, and how some of them have that special connection, it warms my heart and brings a smile to my face instantly. I have a friend who along with her brother & sister got their dad’s initials tattooed when he passed. That is such a sweet way of remembering him….

Dads play an important role in their daughters’ lives, just that at times they need a nudge to tell them to think outside the box.. There is more to life than just protecting your little girl from evil.. You need to have conversations, help her open up, give her enough faith to unleash her fears and gain confidence. Dads – you are the foundation, you are her pillar, her rock..

Over the years, have read about how girls look for guys who are similar to their dad’s [ the way they behave, nature, etc]. Reminds me of this song by John Mayer –

There are quite a few movies and shows that portray this relationship so beautifully – Father of the bride, Definitely, Maybe, Despicable Me, Coyote Ugly, I Am Sam [remade into Tamil as Deivathirumagal] Little Miss Sunshine, Avvai Shanmugi to Piku and more.

Are you close to your dad or mom? Share your tales…