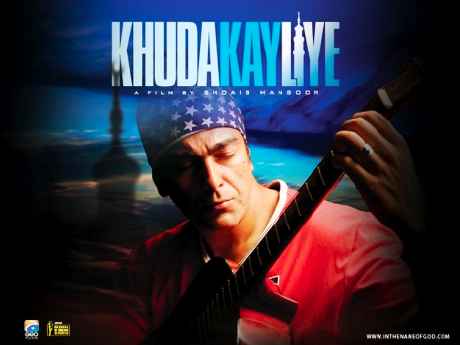 A movie i had been wanting to watch ever since i read about it in the papers and heard raving reviews from my friends… yep, am talking about Khuda Ke Liye, [In the name of God] directed by Shoaib Mansoor … This Pakistani movie has become one of my favorites over night, and am going around telling others to watch it!! its probably the only movie of its kind that i’ve seen till date….
I wonder why it dint get released in the theaters here?? sad.. i wish more such movies came about….
here is a sneak peek into what the movie is all about…
It is the story of two brothers, Mansoor (Shaan) and Sarmad (Fawad Khan). Both of l them love music, and have been performing as a team for years now.. they belong to a family who lets them live their life the way they desire, and does not beleive in forcing anything on anyone…. Mansoor is all about music, focussed and knows he is off to USA for a future in music… on the other hand, Sarmad is confused, and that is when he turns towards religion to give him guidance… her is where the movie takes a turn, he comes across the self proclaimed Islam prophet, Maulana Taheri (Rasheed Naz), who turns the soft spoken Sarmad into full fledge Jehadi…
are the messages drilled into him, so much so, that he stops singing, grows a beard, wears only salwar kameez, and even asks his mom to wear a veil….
Things are complicated when their cousin Mary (the beautiful Iman Ali who has acted well, excpet for where she tries for fake a Brit accent, but that fades away against her acting..) arrives from London to spend a few days with them, only to discover that she has been tricked by her father into coming to Pakistan to avoid her marrying her Non-Muslim boyfriend Dave. All this, while he has not been living life the Islamic way, and has a live in relationship with a British lady….
Meanwhile Mansoor leaves for Chicago to enrol at the “School of Music”, which is when his life goes through so many changes, that at the end, he does not know who he is anymore (literally). He meets Jani (Austin Marie Sayre), a fellow music student, who he falls in love with, and eventually they get married.. The song they sing together Bhadya ho is absolutely mind blowing…  Around this is when the 9/11 attack happens and one night, he is abducted and interrogated to find out if he was part of the Al Quaeda group.. these scenes made me cry, they are heart wrenching… its almost like every muslim is a terrrorist, and as the cop says “but every terrorist we’ve come across is a muslim”…. 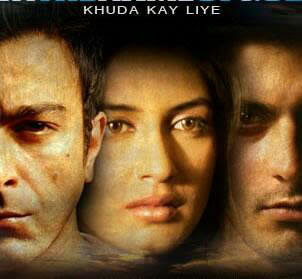 How the tale goes from Pakistan, to UK and to USA is where the movie stands tall and strong… the battle Miriam( her name is changed to Miriam when she is forcefully married to Sarmad) fights to take revenge on her father and the man who forced himself on her, just bcos the Maulana said he needs to bear a child to prove he is a man is an amazing segment of the movie… This is where, Moulana Wali (Naseeruddin shah) steps in, and takes control of the entire situation , bringing to light what Islam is all about in REAL…
Few of his dialogues —
“Two men who did the greatest service to Islam in Pakistan, Mahomed Ali Jinnah and Allama Iqbal, did so without a beard and out of the so called Islamic dresscode, in western dress.”
“There is beard in religion, but no religion in beard,”

All this opens Sarmad’s eyes, and he withdraws the case against Miriam, and mends his ways, getting back to music…

Shoaib Mansoor does not miss a beat, he does not leave any stones unturned. While all characters have more or less the same significance in this plot, it is Mansoor who is at the centre of it….The grandeur of the Wazir Khan Mosque is simply breathtaking….  and so are the deserted moutains of Afganisthan…

The movie depicts the lives of those connected with Pakistani society and shows the wedge between the moderates and extremists, it also brings to the fore the less-acknowledged truth, that, Muslims are being viewed with increasing suspicion in the West.