Couple of days back, my sis and i went to the DVD store and raided it clean!!! was fun!! Thanks to all the work, and projects flowing in, i’ve not been to a theater in over 2weeks… so decided this was the best way of destressing~!! 🙂 One of the movies i brought home was THE FALL by Tarsem Singh 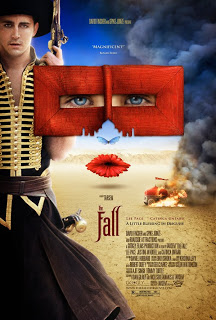 The movie is set in 1915- 1920 at a hospital in Los Angeles, where a dejected stuntman,Roy (Lee Pace) is recovering from a mishap that has left him bed ridden. Scampering around the hospital is Alexandria (Cantinca Untaru), an adorable girl with a broken arm, who carries around a box that has her treasures in it. She speaks English with a bit of an accent and isnt really fluent in it, which adds to her character. 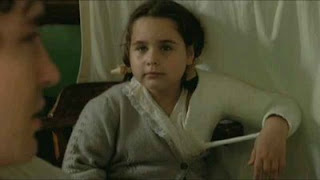 She meanders into Roy’s room one day, and Roy, upon hearing her name, tells her about Alexander the Great. She is so entranced by his yarn-spinning that she wants to hear more from this mysterious man…. Roy goes along….

From then on, every morning Alexandra makes her way to Roy’s room, and he starts to weave a tale of old-fashioned adventure. The story is about a band of five men from all over the globe who are united by their hatred of an evil man named Governor Odious. They are: a former black slave (Marcus Wesley), an Indian man (Jeetu Verma), an Italian explosives expert (Robin Smith), a masked bandit [who finally turns out to be Roy himself] and, finally,err, ummm.. Charles Darwin (Leo Bill), accompanied by a monkey that gives him advice from within the satchel in which he is carried (and the monkey is always right) 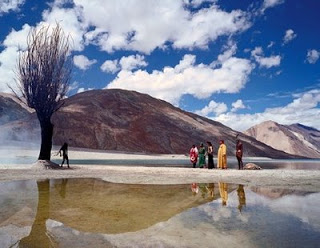 The five revenge-seekers, each wearing costumes of a different predominant color, travel the world to reach Gov. Odious, guided at one point by a babbling mystic warrior (Julian Bleach) who comes out of a burning tree(amazing visuals)….
The masked bandit’s tiff with Odious is that Odious killed his brother[Blue bandit]. In real life, the Odious stole Roy’s girlfriend[which is why Roy is so depressed and feeling suicidal]. In between the story, Roy and Alexandra’s lives are also woven in… Roy tells Alexandria he is unable to sleep and that he wants her to get him some MORPHINE [ she reads it as M O R P H I N 3 :)], and obliges since he says only when she gets it for him will he resume…. the story goes on till finally Alexandra is part of the tale, and ends up rescuing Roy….. 🙂

“you always stop at the same part, when it’s very beautiful” – a dialogue Alexandra says everytime Roy stops the story…..

The settings in which the story unfolds are mind blowing…. fascinating…. and most parts have been shot in india.. If one has seen Jodhaa Akbhar, you will know what am talking about… all the forts, palaces that come in that movie are here! except they look grander and majestic!! 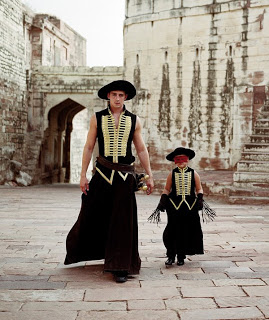 A lovely warm movie that left me feeling “wow” and “am glad i picked this up”.. yes, there are parts that are unbelievable… but hey, it is just a fable that Roy is creating !!!