After all the hype and the Golden Globes, i finally managed to watch the movie- Slumdog Millionaire !! 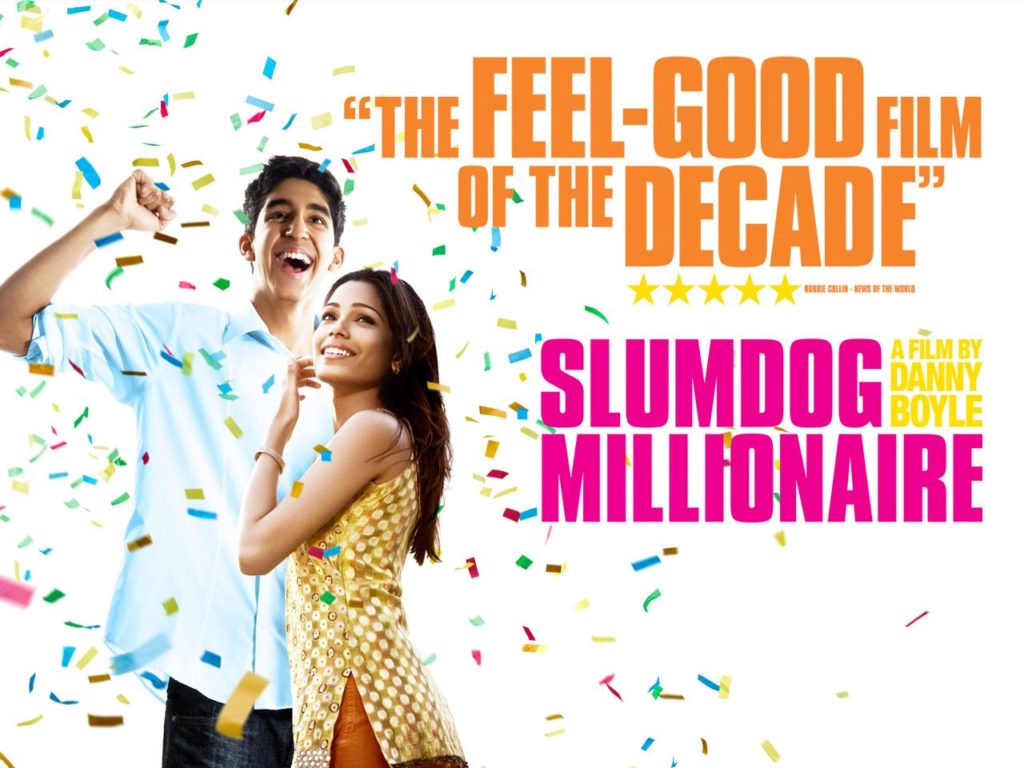 I had read the book “Q & A by Vikas Swarup” about 2yrs back, and vaguely remembered the story.. That was when KBC was this very popular and happening show on TV…!!
This movie opens the police inspector (Irrfan Khan) interrogating and torturing Jamal Malik (Dev Patel) who’s from the Dharavi slums on how he managed to answer correctly on 99% of the questions on the Who Wants to Be a Millionaire? (Kaun Banega Crorepati), hosted by Prem Kumar (noted Bollywood actor Anil Kapoor). They want to know if he was cheating? 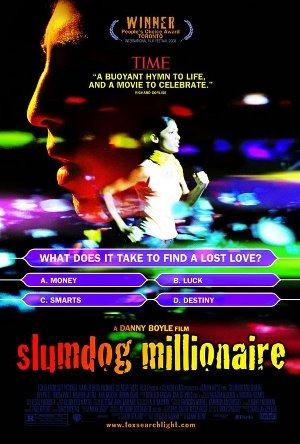 This is where Jamal starts off offering an explanation for each of the questions, relating them to his childhood days till today. This includes scenes of him obtaining the autograph of Bollywood superstar Amitabh Bachchan; the death of his mother during Hindu-Muslim riots in the slums; and how he and his brother Salim (Madhur Mittal) get friendly with this orphan girl, Latika (Freida Pinto).
With every question, we are taken into the lives of this young man,and the turmoils he has gone through to reach where he has now.. At one point brothers loose track of Latika, only to later rescue her from forced prostitution. The would-be lovers are again pulled apart when Salim, who has turned to a life of crime, forces her to become a part of his crime lord’s harem. Jamal’s impetus for being on the game show, and his motivation to continue his focus, and he is on it not for the money,but in hope that his Latika will see him and they can reunite. I dont want to write in detail about the various aspects of the movie, but one must watch it to understand the depth!!
A movie that had me disturbed, wondering if this is really how bad certain parts of our country is, has been well made by Danny Boyle!!  the one scene where we, the audience is bound to burst out laughing is towards the end, when in all innocence Jamal asks Anil Kapoor “Are you nervous?” !!! 🙂
Amazing acting by the kids, all of them !! . Anil Kapoor was ok as the host of the KBC show, could have been better, but he did play the part of the evil host to the T… crass and rude at times, he is good…
Music by A R Rehman needs no special mention, what with all the Awards he has snatched already!!
The final track Jai ho is a surprise, as the kids burst out into a dance and song routine right there at the station… fun to watch…. 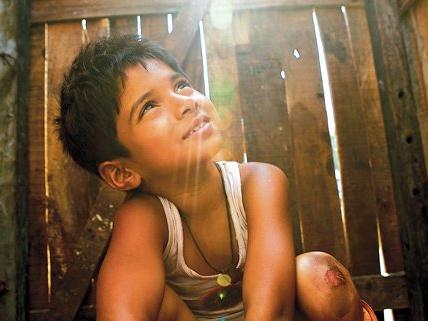 “O, Saya”, a song that has some amazing electronic tones, is a peppy track….. Perhaps the most attractive aspect of this number is the international collaboration between A.R. Rahman and M.I.A. As for “Ringa Ringa” its an upbeat track that has various shades of Indian culture in it… Raqib Alam’s lyrics stand apart….
“You are my waking dream. You’re all that’s real to me. You are the magic in the world I see. You are my prayer I sing. You brought me to my knees. You are the faith that made me believe. Dreams on fire…higher and higher. Passions burning…right on the pyre…” – Blaaze and Wendy Parr
Latika’s Theme, in essence, is the instrumental of the very soulful “Dreams On Fire.” However, Rahman realizes that the beauty of the original song lies within the melodic power and vocal gentleness.
Watch it once!!!!