The Curious Case of Benjamin Button….

I had been getting mixed reviews about this movie, only my friend Anita had said its a good movie, watch it, i know you will like it… 🙂 our tastes do match!!! Anyways, reached Satyam around 6.40 and made our way inside and eagerly waited for the movie.. I had no clues about the movie, hadnt heard the story or anything… 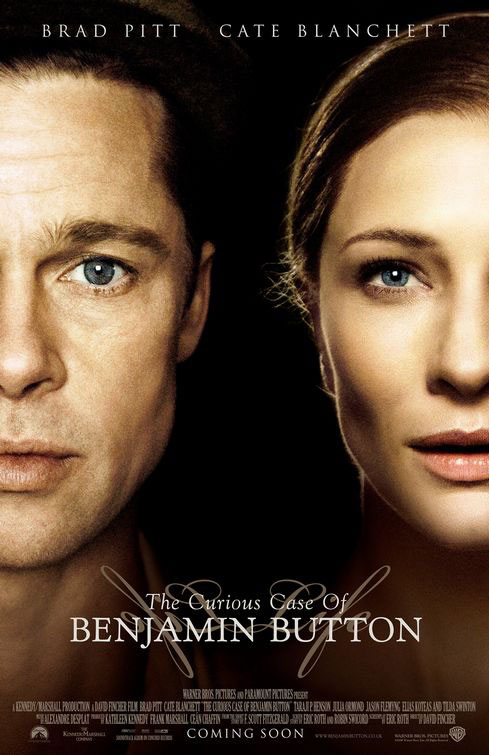 A movie that  is a narration, kind of a flash back through Benjamin’s diaries helps us relive his days in this world.. For an english movie, it is quite long..nearly 2 .40 hours, but the time goes by, not a moment of it is boring [ except for the silly Interval with the annoying ads…]…
The Cast includes……….
Benjamin Button – Brad Pitt
Daisy – Cate Blanchett
Queenie – Taraji P. Henson
Caroline – Julia Ormond
Thomas Button – Jason Flemyng
Tizzy – Mahershalalhashbaz Ali
Captain Mike – Jared Harris
Monsieur Devereux – Elias Koteas
Grandma Fuller – Phyllis Somerville
Elizabeth Abbott – Tilda Swinton
Preacher – Lance Nichols
Ngunda Oti – Rampai Mohadi
Daisy age 7 – Elle Fanning
Daisy age 10 – Madisen Beaty
Benjamin’s diary recounts his entire extraordinary life, the primary unusual aspect of which was his aging backwards, being born an old man who was diagnosed with several aged diseases at birth and thus given little chance of survival, but who does survive and gets younger with time….
Set in 1920s, around the time when World War I ends, its a tale about a baby[Benjamin] born with diseases and looks like it is 100yrs old,..His Mother dies at childbirth and the dad runs away with the baby leaving it at the footsteps of a senior citizens home… Queenie, ablack woman who works there stumbles upon the baby and brings him up!!! What starts there is the journey of Benjamin who grows younger physically as he grows older…
The costume… The make up will have you wondering how this movie dint run away with all the Oscars…. It won 3 Awards only….
Brad Pitt and Cate Blanchett  were simply outstanding….. 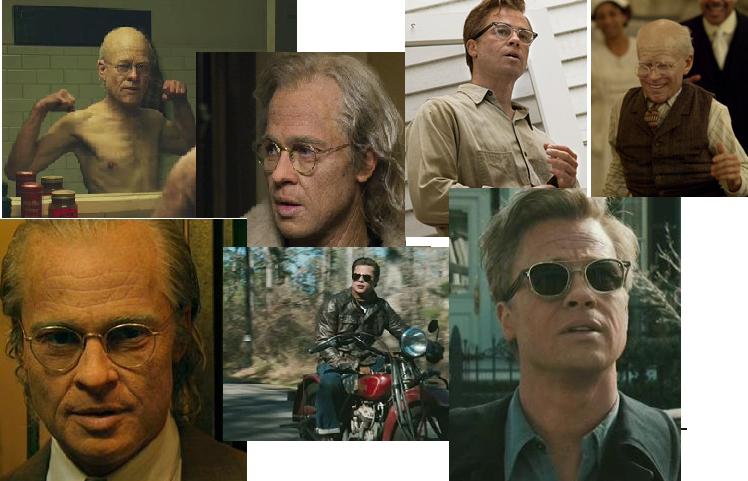 An amazing tale that left us all speechless… His every action..discovery of who is father is… the way he embraces the changes his body goes through… the love, the wait, the family., the maturity and the ending… Gosh, i dont know where to start!!!
The Curious Case of Benjamin Button is one of the most moving stories , collectibles infact…. A movie that one needs to experience and cannot enjoy simply by reading a review!!!!
A movie that tells us it does not matter what you look like,your outer appearance is just a shell to your inner soul ….. 🙂