Few years ago, when i made a visit to Delhi, we decided to up and do a mini trip with few other friends… one of the destinations we hit was Pushkar. One of the most popular destination in Rajasthan, its a town famous for its sacred lake, for its Brahma temple, and of course, the infamous Camel fair. Infact, we missed the Camel fair by a day, but oh well, we were on a tight schedule… We had been on the road for nearly 10hrs, and were tired as we reached this temple town. 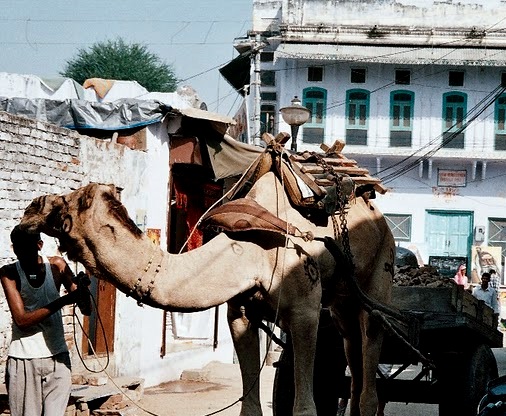 Got out of the car, and what do we see- a camel cart behind our car and a snake charmer on the street across, the guy had painted the snake red [unfortunately, cant find the pic]… The street was crammed with people, locals all sitting about staring at passer-by…  We weaved through the narrow alleys making our way to the Brahma temple and the sacred lake. What is fascinating about this lake, is that there are mini ghats, or canopy kind of arches where people bathe and do pujas.

Hindu Mythology says Pushkar was where the creator Brahma began the work of creation.  Locals claim that it happened on the banks of the sacred lake, which is one of the reasons that so many temples and bathing ghats have been built around it.

As we were walking down the steps to catch a glimpse ofthe river, we were cornered by a man who looked like a priest. And next thing we know, the 4 of us are sitting on the steps, and reciting mantras… After about 10mins, the pujari asked us how much w were willing to contribute… That was it, we knew we were being taken for a ride, and managed to weasel out of this with a mini dent in our pockets.. 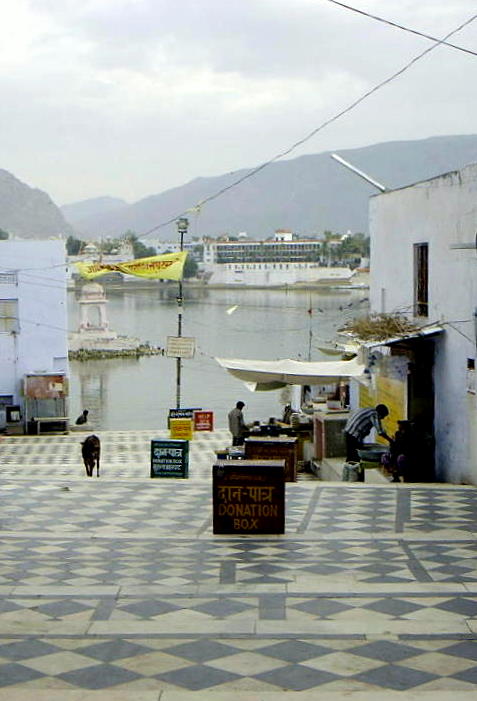 They kept saying = either 500 or 1000 must be contributed and that is what will bring you prosperity… This had us gaping at each other, and the next minute we parted about 100 bucks and departed from there, totally shaken up and pissed off at what was happening…. 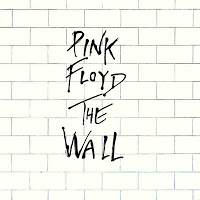 [The hotel name was on a background exactly like this….]
Suddenly, we all felt hunger pangs ringing aloud in our tummies… On the pursuit of finding a place to eat, we saw a street sign that said “Brick on the wall” and like the fools we were, we went on a wild goose chase only to find a literal wall, where a hotel was being constructed!! So much for that, bah!!  we spotted a cafe on the top floor of a building nearby, and after crawling through 4 flights of stairs we found paradise. Run by foreigners, this cafe was quite nice- food was good, and the view was totally worth it….
Am hoping to make another trip to this part of the country and to Pushkar,spending more time exploring the sights…