As we rode  along lush greenery in Anegundi, our guide Virupaksha suddenly brought the autorickshaw to a halt, pointed to the left and told us “lets go explore some cave paintings”.. Lakshmi and i looked at each other sceptically as we did not see any mountains or caves, and the sun was beating down with a vengeance. The auto driver and Virupaksha understood our apprehension and said “its just here, not far” 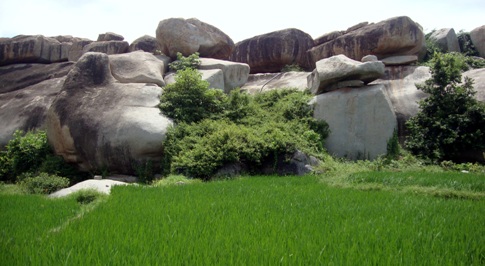 Virupaksha said -You see the fields, we walk through them, and then you see the tree there, just take a left and voila, you are there at the caves…
It was only after we crossed the fields and came to the tree did we realise their idea of “its just here, not far” was a mini trek.. Stumbling upon boulders, we made our way to the top to see a vast open space filled with wild shrubs and bushes. Virupaksha and Lakshmi went ahead, and i followed them few paces behind till they finally stopped at a large boulder with a cavity in it.
There were quite a few sketches on the rock, some looked like bulls, others resembling stick figures we doodle.

On the neighboring rock, we saw a circle with multiple little circles, a ladder, waves, petals and strokes all around. 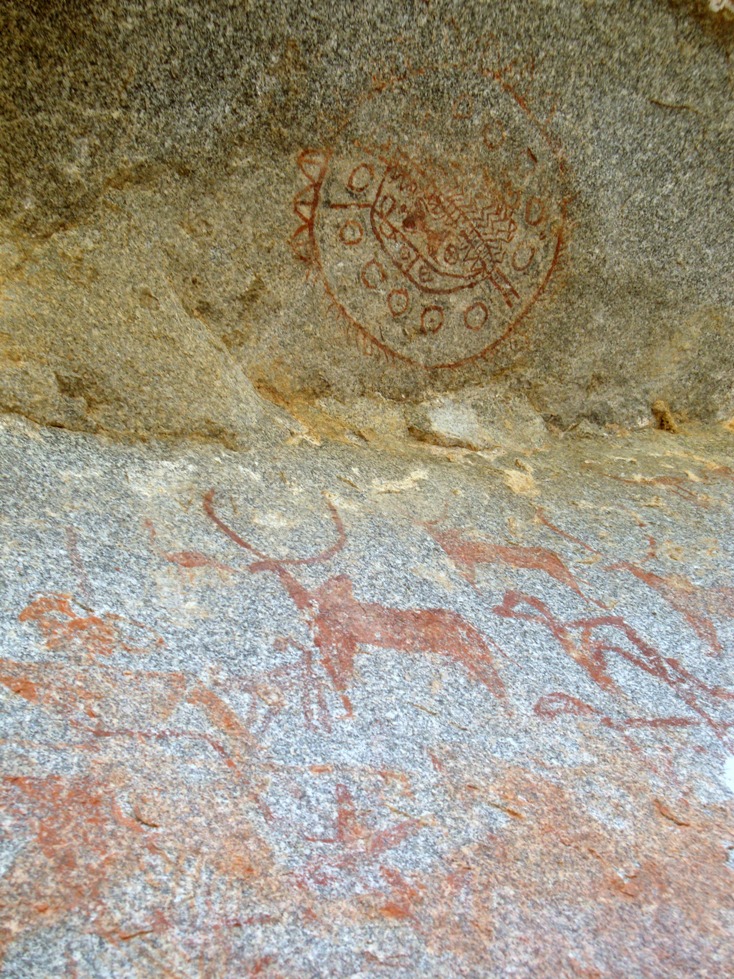 Virupaksha gave us his interpretation of these, while recently Lakshmi discovered it was something entirely different while doing research for her article- Stories that rock art tell.