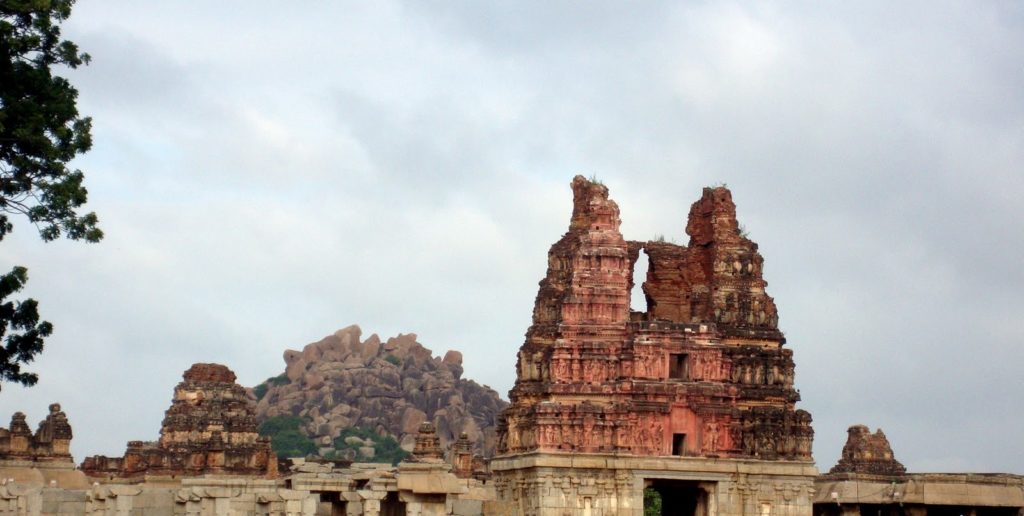 Walking through the Vittala temple, listening to the various tales about Hampi, a word caught my attention. Lakshmi mentioned visiting Anegundi.. My interest was piqued and i probed further to learn that it had something to do with the Kishkinda section that appears in Ramayana…

In the epic Ramayana, Kishkinda was the kingdom of Bali, Sugriva’s brother. After killing Bali the kingdom was handed over to Sugriva by Rama.  Kishkinda-Kanta, a portion in the Ramayana depicts the meeting of Rama and Lakshman with Hanuman and Sugriva. Kishkinda is believed to be part of Karnataka, near Hampi. [source: karnataka tourism]

Reaching Anengundi she said was possible only via boats as the bridge had collapsed half way into construction. With fear in my heart, and anxiety racing through, we made our way to the river Tungabadra that was raging on in full force, hoping the journey would be safe and smooth.
The coracles are huge, and i saw men bringing their bikes on them, apparently there is another option to reach Anegundia. It is via road, but the distance is over 40kms..

An empty coracle made its way and the old man in charge of the ride beckoned us with a shout. We got into the coracle, and looked around wondering where to sit… i knelt down near one side, and held on for dear life as the coracle went in circles with the old man and a young boy rowing us across. What a ride that was!! I knew i would have to go through it all over again on our return, but well, decided to put that thought aside and enjoy Anegundi for the time being………… 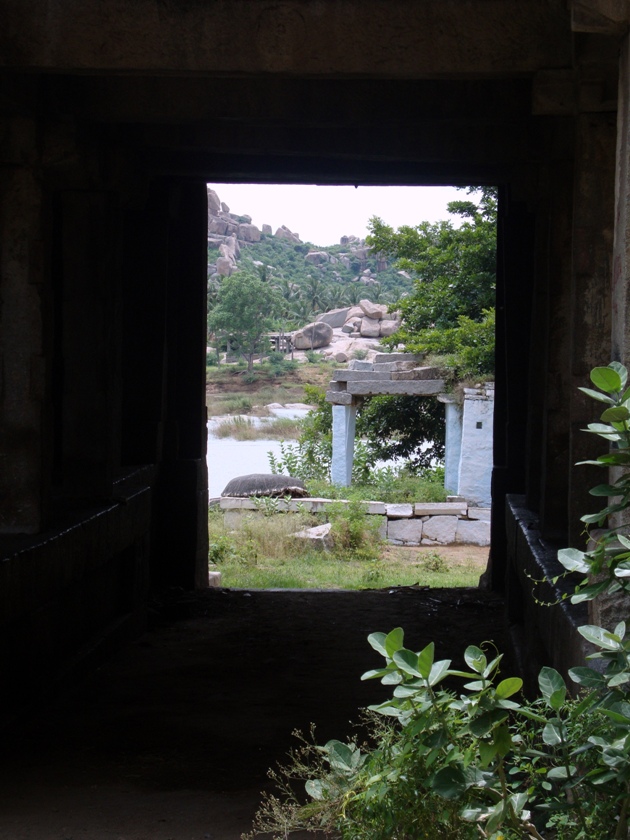 Time flew by as we drove along lush green fields, climbed mountains in search of cave paintings, and visited a very interesting lady who runs the Kishkinda trust… At the shore, we watched 2 men load their bikes onto the coracle, and thought “lets wait for the next empty coracle”,but were asked to join in the same ride. “Whoa, is that possible? so many of us plus bikes” was the only thing running in my mind… There were 6 people already on the boat, and with us, it would be 9.[7 plus 2 who steered the coracle].. I hopped in, and the guys on the bike asked if i wanted to stand holding onto the bikes.. 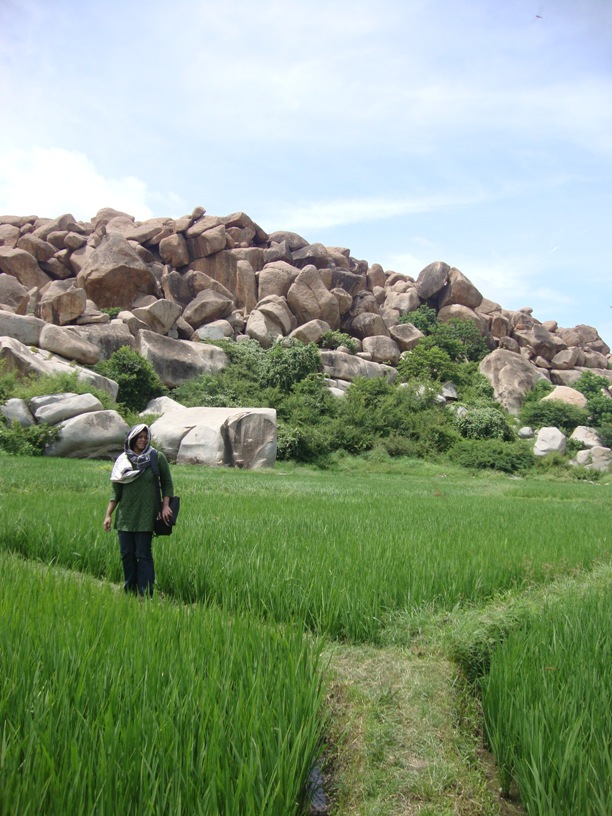 Even though i had my doubts of their invitation, i still took them on and it sure made the ride comfortable and fun.. During the course of the ride, came to know these men were returning to Hampi after watching a movie in a theater beyond Anegundi, and this is their regular mode of commute.
Amidst the surroundings, i was lost in my own world of huge boulders, and beautiful temples when suddenly a tap on my shoulder jolted me back to reality…we had reached, and it was time to get going……