It was 10.30am and the priest told us he’ll come open the temple only after the funeral procession had gone by, which would be around 12.30 or so… Arvind then suggested we drive over to another temple, and come back here, but as we got on the road, we called the priest to reconfirm the time when he suggested we visit the Ranganatha swamy temple close by where the Lord was lying down almost like sleeping. 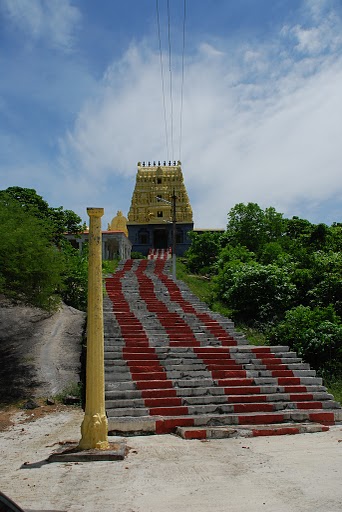 That is how we ended up at  Thirumalpadi , very close to Seeyamangalam, Vandavasi in Tiruvannamalai district. We drove by a small lane, and stopped near what looked like a priest’s house. I got out of the car, went over and enquired if the priest was in. The woman who said she was the priest’s wife said he’ll come to the temple in a few minutes and asked us to go wait there… 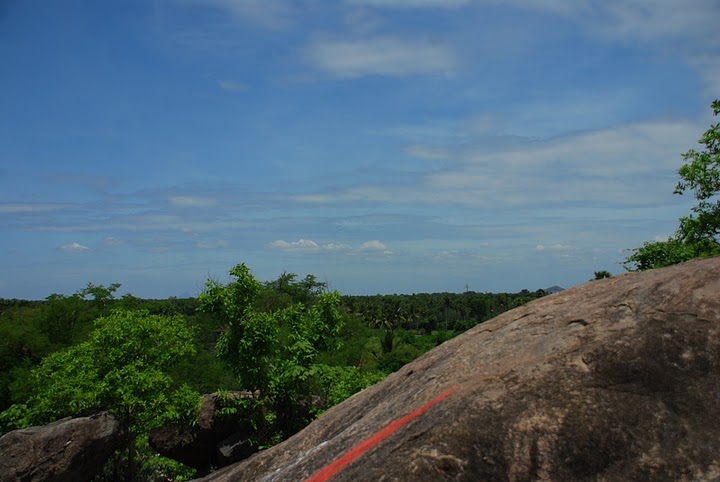 Parked the car at the foothills of the nealty laid out steps, we waited patiently…. This was a Ranganatha swamy temple that had been built during the Chola times. We were the only ones there and so got the privilege of going right inside and getting a good look at Lord Ranganatha Swamy resting… 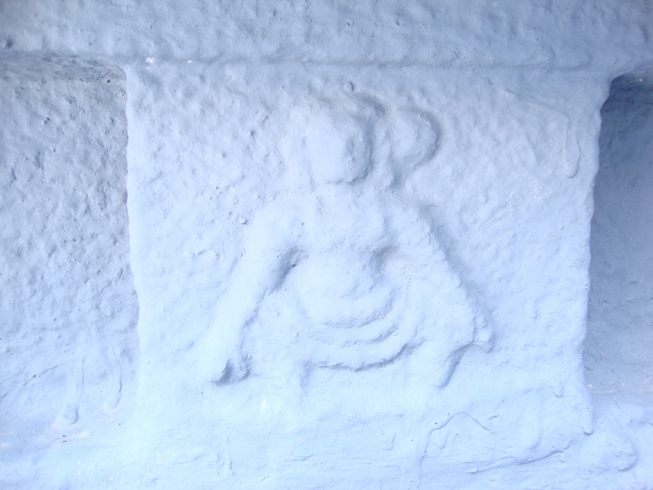 As we made our way around the main sanctum, it was visible that the temple has gone through many renovations. The most recent one had almost buried its antiquity, the inscriptions and sculptures aroudn the wall. 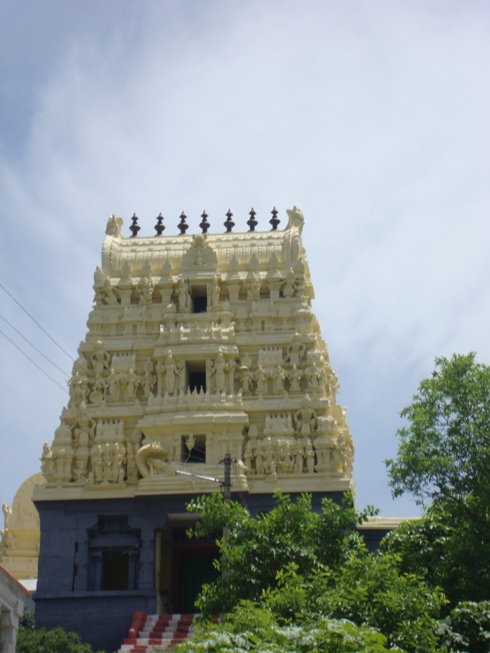 The floor level around this beautiful temple had been raised and the floor cemented, all this burying a few rows of inscriptions. The other remaining inscriptions around the current level had been painted over.
The Hanuman idol in this temple is facing the east, which is a rarity,said the priest. Similarly, one of the pillars inside the main sanctum had a Lakshmi Narasimha on it. He then took us around to show us the various other shrines that were in near ruin stages, home to a few bats and cobwebs. The temple had its own water resource, tucked between two small hillocks.
The view from the top  was breathtaking… All we saw were greenery, and a few small hills yonder. The day was quite hot, and so we quietly bid adieu to the priest and made our way back to Seeyamangalam wondering what other rich heritage sites were hidden away like this temple..