P for People- Part I

In life, we meet so many different kinds of people.. Some leave an impression, while others simply pass by without any after taste… The three places where i found inspiration for this post are –

A visit to a cinema is a little outing in itself. It breaks the monotony of an afternoon or evening; it gives a change from the surroundings of home, however pleasant.Ivor Novello 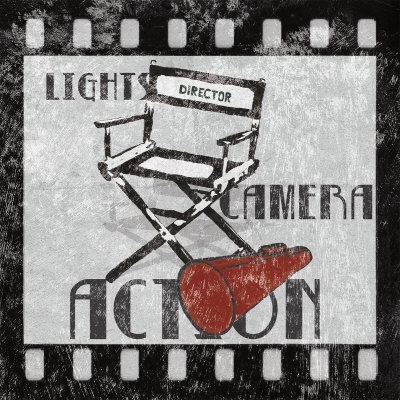 Movie buffs-
The kind who reads up about the movie before they step into the theater, know the story, know the lead actors, have done the usual rounds of talks with their friends and peers to obtain feedback about the movie/script/songs/locations.
These are the set of people who will sit next to you, talk non stop about the various angles, the colours in the clothes actors are wearing and about how the director’s made some other amazing movies, going on to list them down with specifications.
They make sure we get an inside scoop of the movie, and sometimes can go on and on…. Forgive them, they just love Movies too much!!
Lost and clueless-
They walk into the theater, look for their seats, and plonk in them for the entire duration of the movie.. They have probably been dragged to the movie by their friend/spouse/colleague/whoever. The look on their face says it all – i would rather be somewhere else than sitting here watching this no brainer….
Infact, most times i find these people have no interest in movies at all , but tag along simply because arguing with the influencer was too tiring or they are just not the kind to say “Umm, am not too interested in movies, so you go ahead, and i shall meet you later”
Chomp Chompers-
Oh god, dont even get me started on this lot. They are in queue about 10mins before the movie begins, have come with an army of little rats and monkeys, each with a whim and fancy.. They patiently listen to the troops, ordering, changing their order, looking for change, searching for the rats and monkeys, stumbling with trays overflowing with popcorn, drinks, coffee, cake, nachos and some more…
And, during interval, are once again off their seat in a flash to refuel the troops..
There are some who come alone for movies and yet manage to chomp their way through every scene.. the amount of ruckus they cause is just not funny.. Crackle crackle… slurp slurp… burp… crackle slurp….
Love birds
How can i forget them? They are so in love, it is oozing out of every pore through the movie.. its a total goner if they are sitting in rows ahead of you, else you are saved.. Whispering [or so they think], adjusting their seat, searching in their bags [not to forget
the loud cheap plastic ruffle that tears into our ears]
The other category of love birds are when one person is at a movie with their friends.. their phone keeps buzzing, sms and calls happen to and fro… Mind you, they dont believe in being discreet, the whole world and sundry will  know of their LOVE…
Alien Tongue
The group of people who dont care about the language of the movie, but will pick up tickets, and express their right to talk through the movie…  I have had to endure the company of 2 middle aged North Indian men who had come for an English movie, and chatted away through the entire length of the movie in Hindi… One guy was actually translating the movie word by word to the other guy….. Sigh… this is quite a killer for others watching the movie…
Time Killers
I just dont get this sect of people… They stand in queue, buy movie tickets and then sleep or are busy on their phones..its not like the tickets are cheap, unless they go for the Rs10 ones…They get up and walk out during a movie, or can be found slouched in their seats deep in la la land… sometimes even snoring…
There are some who come to watch the movie 3rd or 4th time, and are happily reciting the dialogues, or poking fun at the characters on screen….
During “The American”, there were 3 North indians behind us being “smart asses” .. 2 guys and a  girl, and all they did was make fun of the dialogues, pass lewd comments on what the actress was wearing and some more. I actually turned and told them “I had paid money to watch The American and not their version and if they minded”… They could not stop, did continue, but softly….
Cell freaks
Yes, i do put my phone in silent mode and do occasionally check the sms/missed call i have received.. but i have never ever taken a call inside the theater…. And i do make sure to cup my hands or dupatta around the phone when using it. Dont want to cause disturbance to others cos of the back-light… But then, there are so many who happily chat away on their phones, as if they were in a beach or park with not a soul in sight.. They are loud and have no decency or consideration for others… To top it off, today, the Blackberries, Androids and iPhones with the flickering light and the big screens are a killer!!
Arrive in style
The movie would have just begun, and the opening scene would be running when some people make their entry.. begin their search for their seat, squish a whole bunch of people as they make their way to their seat, yak yak yak before they get comfortable… Its bad enough that theaters in India screen Ads/Trailers before the movie, these fashionably late comers arrive a good half hour or even later, ruining the whole experience…