Amidst the Pink walls of Jaipur

It was hot, and no, it was not summer. It was October, and it was hot.. Yes i know i said it before, but i want you to understand how hot it really was. We had just arrived at Jaipur and all we could think off was “where can i get some cold water, or maybe an ice cream.. Damn, its hot”. We were 4 of us, actually 5, if you count the nincompoop we had for a driver, a young brat who was supposed to be driving us around, but who ended up putting his legs up [no, i kid you not] on the dashboard and going off to sleep, with the car parked in the middle of nowhere. When one of us woke up from our slumber, we would notice this, ask him to move and then the stranger who became a friend would take over the steering wheel. 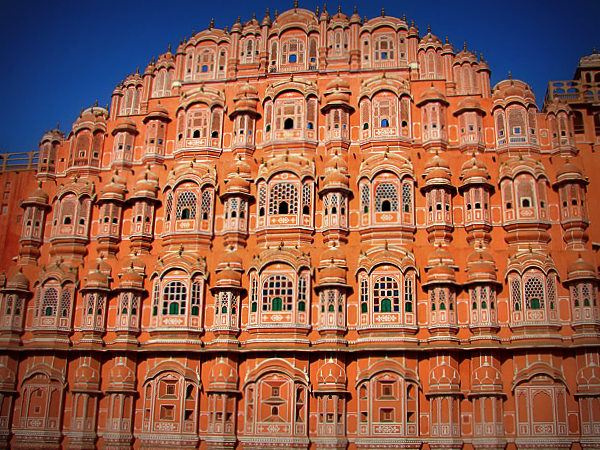 Us: Kya hua bhaiiya? [what happened brother]
Him: Kuch nahin madam, bas tired hoon, neend aa rahi hain [Nothing happened ma’am, just tired and feeling sleepy] aap so jao [ you go back to sleep]
Us: Arre, aise kaise? Aap ko humein bhatana chahiye na.. accident ho jaati tho [ OMG, how can you say that? you should have told us right, what if we had met with an accident or something?]
Him: Nahin madam, kuch nahin hoga, mein ek ghanta rest letha hoon, phir vapas hum nikhlenge [ nothing of that sort will happen ma’am. i’ll sleep for an hour and then we will be back on the road]
Us: Nahin nahin, says R .. aap ithar aao, sojao, mein ghadi chalatha hoon [ Nothing doing says R, you move over and sleep in my seat, i shall drive]
And from Delhi, it seemed like a long drive, maybe cos we were all exhausted already- I had landed in Delhi that evening, the others, well 2 of them – 1 had landed that noon from Bombay and the other around same time from Bangalore. We had attended a party, where we drank, sang, made a fool of ourselves, got Mehndi done, danced some more, laughed away to glory [having no clues why we were laughing] and then piled into a car and hit the road with the stranger/friend.. Ah, those good ‘ol days… 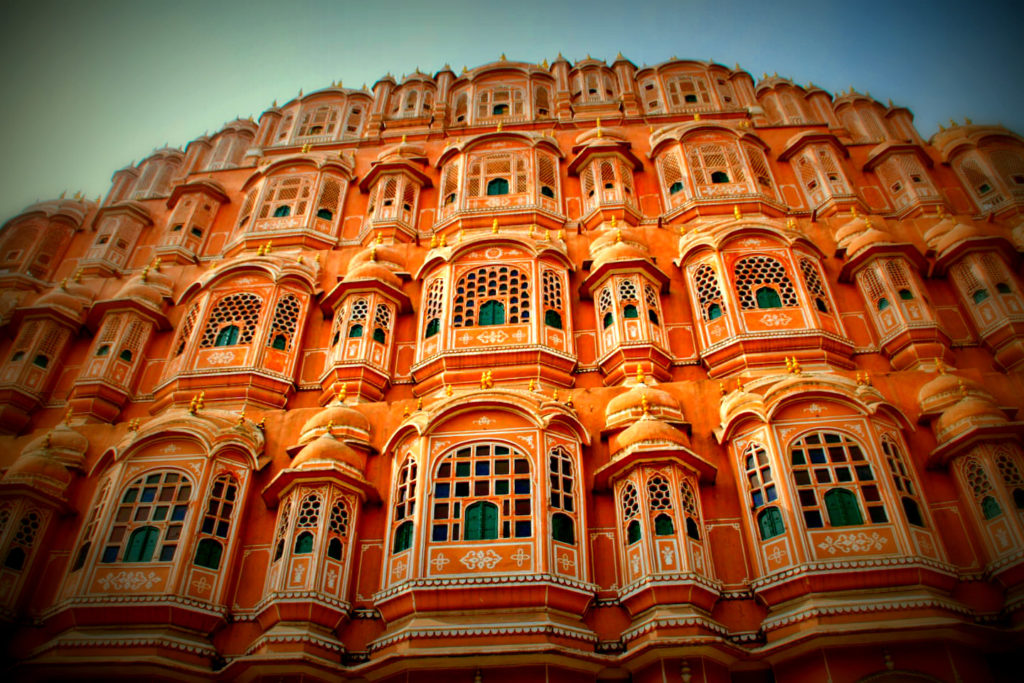 Let me not digress anymore… We asked the driver to head straight to the Hawa Mahal,
parked the car and made our way to the nearest store for some water or
something cold. We discovered a Kulfi store, and each of us devoured 2
each. The guy at the store was making nearly 100 in each batch, that
sold within minutes. Some had nuts, some had elaichi, while others were
plain kulfi. Quite a sight to see…

“Built
in 1979 by Maharaja Sawai Pratap Singh,, the “Palace of winds” was
designed by Lal Chand Ustad in the form of the crown of Lord Krishna.
The unique 5 storey exterior resembles a honeycomb  and is made up of
953 small windows called jharokhas decorated with intricate lattice
work.

Entirely built of bright Pink and Red sandstone, the palace is a
landmark in Jaipur, renowned for the rich architecture and style. 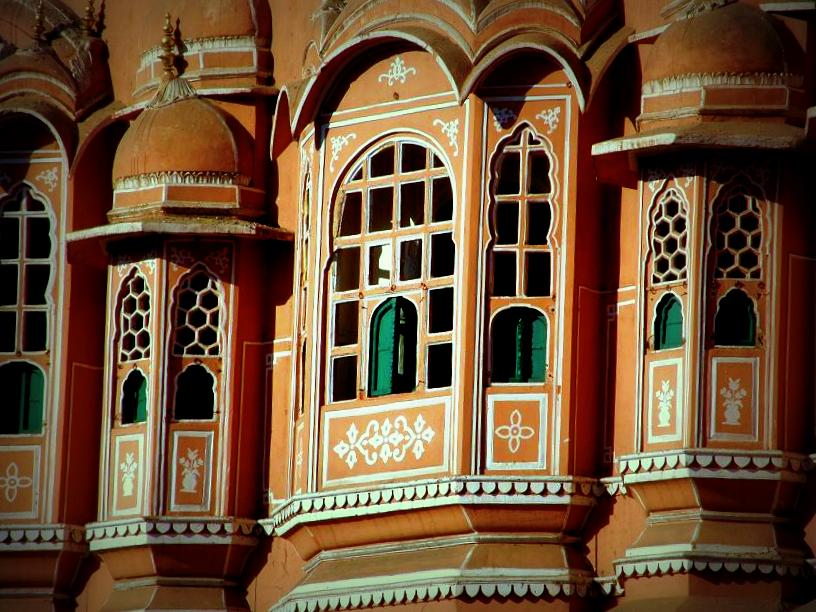 We walked around the place, listening to the tales narrated by a guide
to a group of foreigners, and made our way to the top, from where the
entire city seemed to be visible. Time stood still until we suddenly
realised the harsh evening sun was beating down on us and made our way
out. 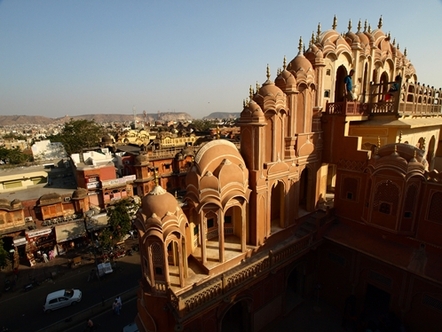 The city was bustling with visitors and locals, there were
construction workers busy with the repair work on one section of the
Hawa Mahal.