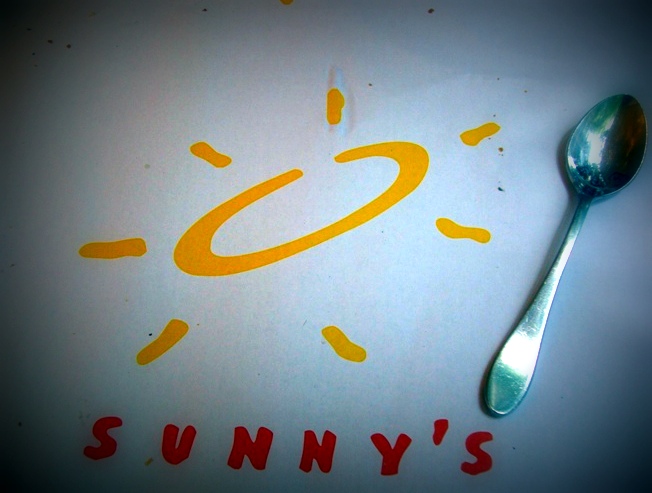 The one restaurant that has created waves, both high and low in my circle is Sunny’s in Bangalore.
So, as luck would have it this time when i was in Bangalore, a friend of mine asked if i wanted to head there for lunch. She too had been hearing reviews and wanted to check it out [before she packed her bags and moved outta Bangalore for good]. Gave me the UB City as landmark and i promptly landed there around 1noon, subsequent to which i walked it down the few steps to Sunny’s.

This Sunny’s is the original one she said, apparently there is another outlet in Bangalore, but this one came first!! 🙂 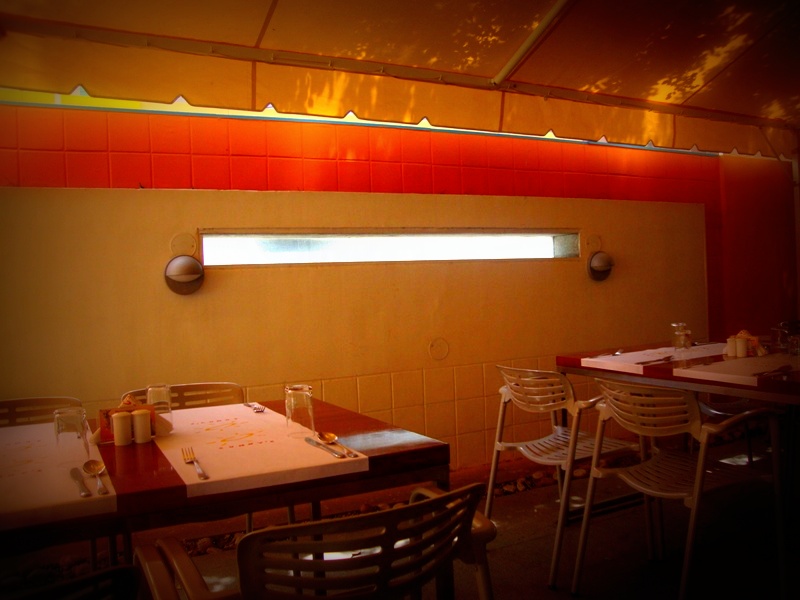 The 1st thing that caught my eye was the doggie sleeping near the entrance, wearing a blue collar, curled up on a small door mat oblivious to the bustling noise around. I then spotted another cutie pie under a table, with a red collar. Both dogs were black, and looked like they were used to people, completely unperturbed.
We decided to sit in the outer area and were received by the Maitre’d who led us to a table for 2. There was a lovely canopy of sorts, adding to a bright sunny sort of atmosphere. The seating was casual, and were given the Menu card to choose from. 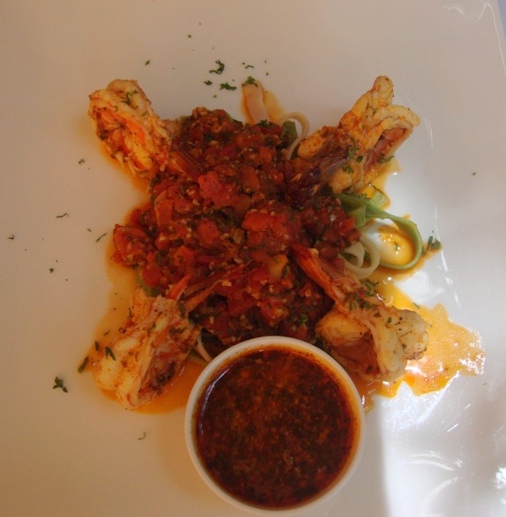 There were pages and pages of dishes, ranging from Sandwiches, Soups, Sizzlers, Pizza, Pasta to Sea food platters. I chose a Grilled vegetable & Sun dried tomato Sandwich while my friend opted for the Prawn platter [forgot the name of the dish]. We also asked for a Pepsi/coke each.  A plate with warm buns and a butter made with pesto arrived on our table. The bun was warm & soft, while the butter was oozing with flavour. As we caught up on our lives, her job hunt, the decision to move back home, half an hour must have passed. Sometime during our chat, both our dishes were brought out to the table. 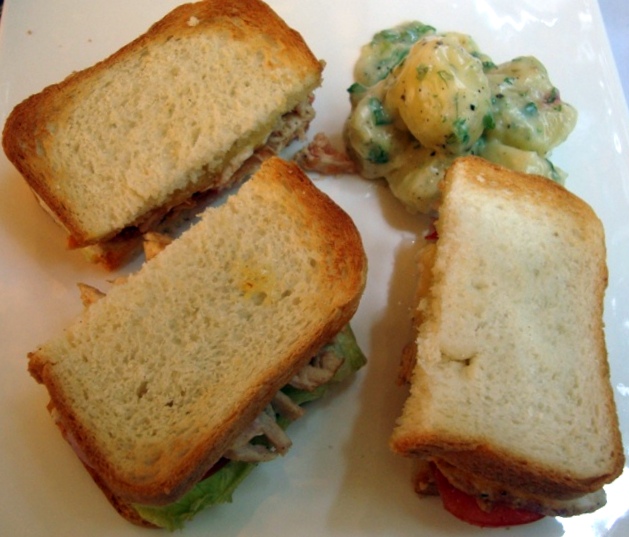 They looked good. The prawns were huge, served amidst a tomato based sauce and served along side a small Red Chilli in oil of sorts[a dip perhaps]. My Sandwich looked simple served with a side of boiled potatoes in cream/herbs.

The sandwich was ok, felt bland, salt and spice was missing completely. But the potatoes- Oh they were divine, just beautiful….

My friend said her prawns were good, but a bit oily. I did notice there was some oil leaking from somewhere running all over the plate.. And she said it was a huge portion for one person…. The dip was ooh la la, spicy [like you will hit the roof if you were Tom in Tom & Jerry toon]

To see if we could change our opinion about the place, we decided to order a dessert- My friend chose- Rum soaked chocolate mousse.. Yumm, it was good, but then again nothing OH WOW about it… Overall, we were quite disappointed with the food, especially when they have priced it so high and felt it was too much Hype, and below Quality…..

Will i go back? Nope, dont think so, especially when there are far better places around town..