It
was my Birthday, and as promised i was going to have dinner with my
bestie [love the Amy refers to Penny as her Bestie in TBBT -uff, The Big
Bang Theory for all those who are staring at the acronym wonderinng
what it is.. :D] and her little bunny boy… We went to and fro on sms
“Jacobs or Spoonbill” we were both ok with either, she’d been to
Spoonbill but was willing to go again… After much dilly dallying,
rather “am ok with this, unless…” kinda chats, we settled for Spoonbill.. 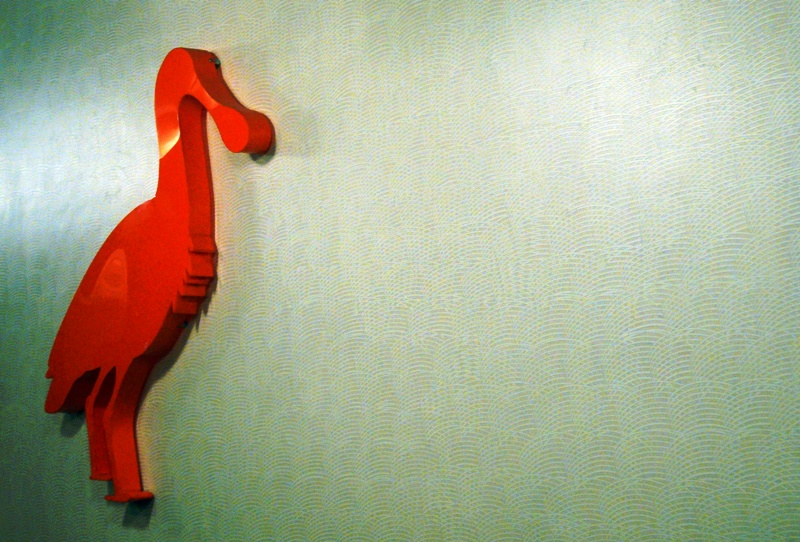 I had seen the restaurant couple of times while going down TTK road, but yet to explore further. It is situated right above CCD [hopefully you are not wondering what that is.. in case you are… Cafe Coffee Day], yes one more outlet has sprung up in town. You walk up the narrow flight of stairs to Spoonbill [ i dint see an elevator, is there one anywhere? – wondering in case i want to take grandparents there]…

You
cant help but smile as you enter the restaurant. the bright orange
colour Spoonbill on the wall is what caught my eye. The entire wall was
empty but for that bird, and it stood out. I have seen a few real
spoonbills, the bird during a trip down the Coromandel coast, but am
sure they were white and not orange.. 🙂

A wall near the
entrance has a few large images, of coffee cups with spoonbill logo and
name on it, some of food, and people grinning ear to ear. After a brief
stroll down the open kitchen, we found a table near the window. The menu
card was big and interesting, so many items i had only heard off and
seen on TV.

We chose to go with the combo meals, a veg burrito
and a non veg burrito accompanied with french fries[ for the munchkin],
water and a drink. Friend also suggested picking up a few Pav buns as
the little one will like them.  They had Mexican, Indian, Chinese, European, and the whole menu was around popular street foods… 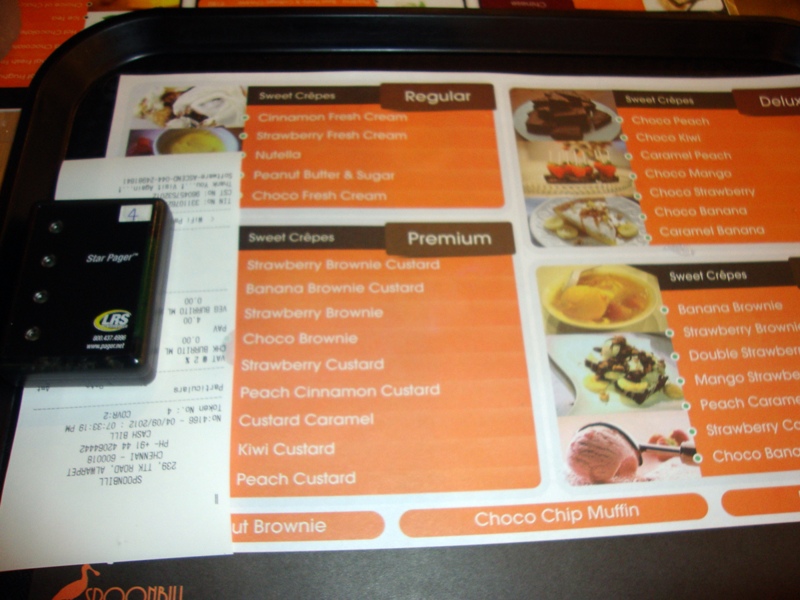 It
is a cool concept- these combos. I was told i could order a drink or
water or juice and could pick out whatever i wanted from the
refrigerator across the bill counter. I was given a small device, which i
was told will light up when our order was ready. How cool is that!

Spent
the next few mins running around the place, well, ok, strolling around
with junior, while he was fascinated with the drinks in the refrigerator
and the unit that was a pest killer, err mosquitoes and flies that is.
He saw a fly hit the blue tubelight, and fall with a buzz sound and
wanted to see more.. well, looks like all the bugs took the cue and
disappeared as the next show dint happen for a while.. lol… 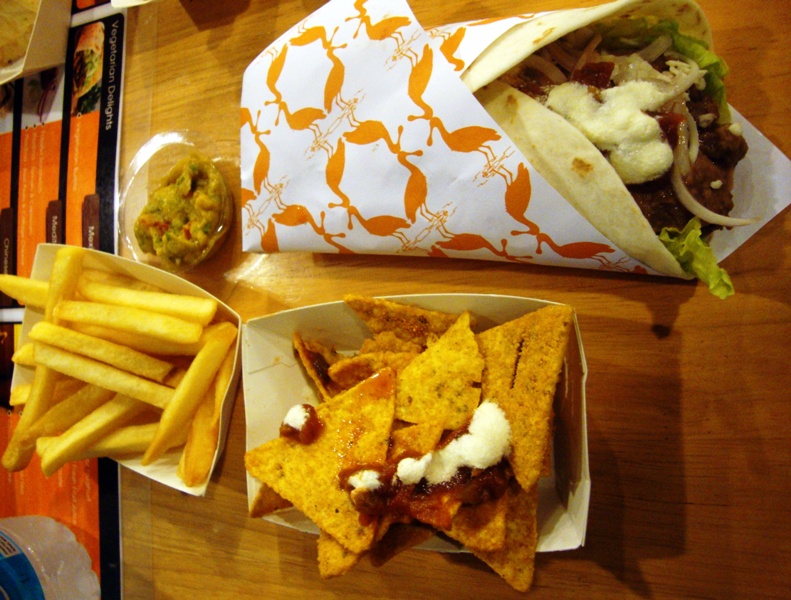 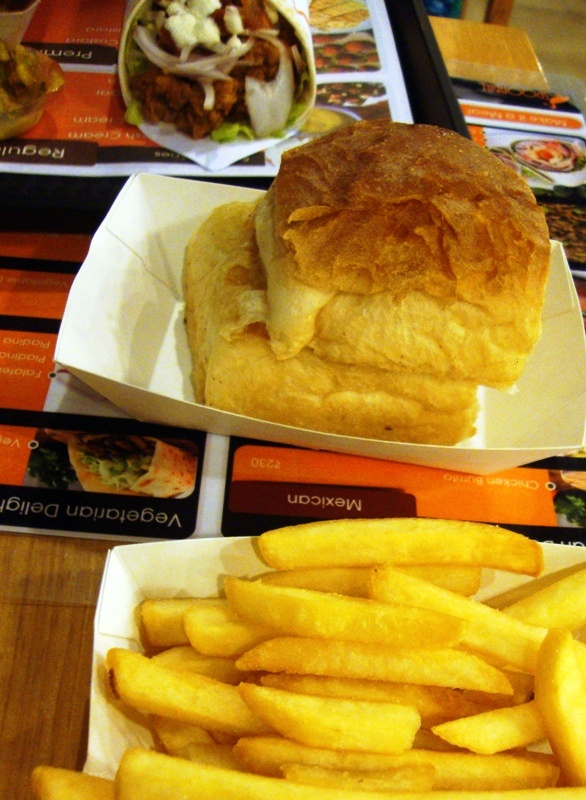 Got back to the table, chit chatting with friend about our birthdays, when suddenly the pager started coming alive. I spotted one of the men behind the counter beckon.. Our order was ready.. Yipee!! And the food was divine… I enjoyed the Burrito- the tortilla, vegetables, refried beans and the gaucamole sauce… The french fries were crisp and perfectly seasoned. I tried the grape juice while friend stuck to Diet coke. We then decided to share a plate of Pandina [did i get the name right? it resembled quesedilla], the filling was Pesto and cheese- sinful, and i wish i could have finished it up, but was stuffed..

And then came the lovely surprise…. Charlie singh, the owner of the place came over to our table [no, he wasnt the surprise..d’oh!], holding a plate with a chocolate cupcake and a candle on it… The little munckin on my lap promptly blew it out… haha… and we dug into it.. The cupcake was warm, moist and  not over the top sweet or chocolatey….

What a fun evening that had been… Actually, time out with these 2 [and the hubby] is always fun & memorable!   Happy birthday to me once again 😀