Just realised I had quite a few images taken around the city I call home- Chennai. Decided to start a series on the blog titled “Celebrating Chennai”. Shall share a picture every Thursday!! 🙂

Look fwd to comments and inputs!!

Here is the 1st photograph. This was taken during the recent Photowalk around Chindatripet, near Egmore.. I had attended the Roof top Film fest and so had not got a second’s rest, but managed to attend the photowalk, well, atleast 80% of it.
As we walked along the narrow lanes in Chindatripet, there were so many houses tucked away amidst the shops and street hawker stalls. Many of them am sure were more than a few decade old, and some had a grill door that hid the main entrance and the house. This one particular house had a huge arch entrance, with a platform of sorts on both sides where people could sit on when waiting for a resident to come meet them. On this, i spotted an elderly lady sitting, staring into empty space. I looked at her, asked if i could take a photograph of her sitting there. She smiled [quite a sad smile] and said “Yes, eduthukko” 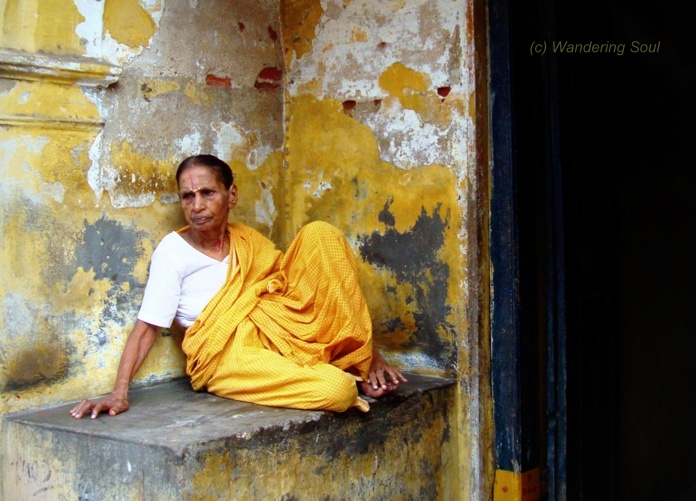 When i asked her if she was generally hanging out on a sunday morning, she said she was waiting for her daughter in law to call her when her customary 2nd cup of coffee was ready… If i am inside, the children keep coming to me asking me to tell them stories, she does not like that you see…. Sigh.. felt bad… Just as i was grasping for words, i heard a voice come from within and the old lady slowly made her way to enjoy her cup of coffee..