Mysore, all lit up for Dussehra

It was either the last day of somewhere near the last day when we landed in Mysore from Coorg. The entire city was abuzz with activities- there were people thronging street corners, vendors with stalls on every footpath and traffic that was moving, rather inching at snail’s pace. We had driven down from Coorg, and were going to spend a night in Mysore before heading back to Bangalore and then to Chennai. 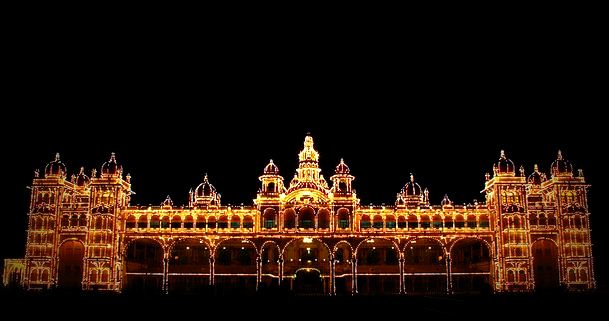 One of my friends mentioned that the Palace looks gorgeous in the evening, all lit up and majestic. Towards 7pm, we drove out to meet a friend & her daughter, and then dragged them along to go see the Palace in all its glory. There was so much traffic, all we managed was a few minutes from the car. Friend who was driving asked if we would like to head up the Chamundi Hills and maybe spend some time up there getting a glimpse of the city below. 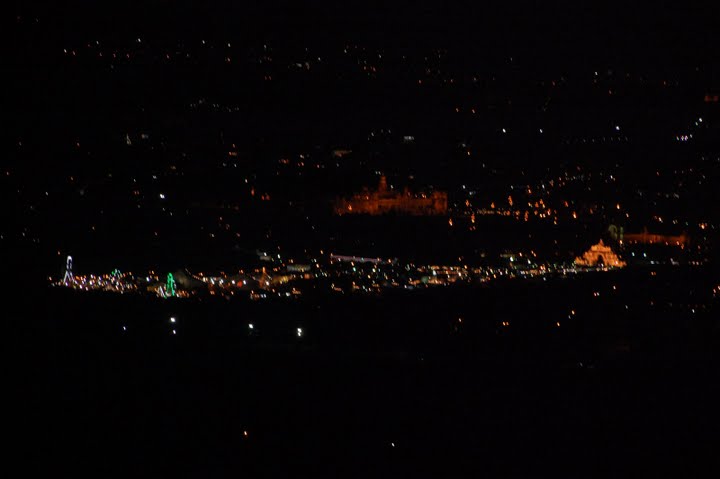 The city resembled the skies on a night when it was filled with stars. It was lit up, and there were lights everywhere. The view point was near empty, and so we had peace and quiet as we stood there gazing at the city below.. Far away from all the noise and crowd, we were lost in our own worlds. Today, as i remember that day nearly 4yrs ago, the memories come flooding…. The fun we had, the friend i made and the city that i had not visited in a few decades welcoming me with open arms…
I hope to be in Mysore atleast once to witness the entire Dussehra celebrations!!