The Mylapore Festival has been happening for a few years and i havent been able to go for it. But this year, when the gang at CFG said “lets do a Mylapore food walk on 11th Jan between 2.30 – 5pm” I made sure to mark in my calendar and go for it. It so happened that the saturday was when a lot of plans were being made and i dint know how many i could attend, and how many i would have to miss.. I ended up missing a Tweetup… 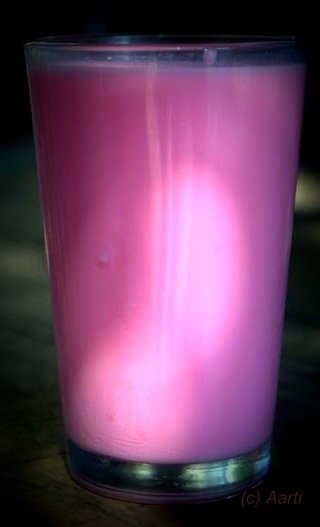 Fazil & I arrived in Mylapore around 2.20pm, found a spot to park his car and made our way to Karpagambal Mess, which was the meeting point. There were crowds thronging the streets, especially around the temple as there was the Puri Jagannath Rath and ISCKON devotees singing bhajans and trying to get close to the chariot. Managed to locate Nishanth at Kalathi Newspaper mart [at the corner of East Mada Street and South Mada Street.]along with few others, and that was where the evening began. 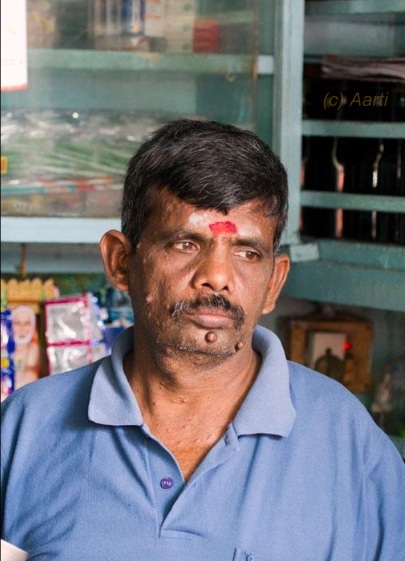 A glass of chill Rosemilk [all of Rs12], perfect for that warm afternoon; the flavours were amazing, reminded me of the rose milk syrup we used to buy [that tiny bottle] and the man behind the counter said they had those bottles for about Rs70- 80. Enjoyed the glass of rosemilk, met a few new members and chatted a bit before scooting from there.

The trail had been set, and next on our agenda was Rayars Mess, that was in a narrow alleyway, tucked away between houses. If you are not familiar with the area or the place, you are sure to miss this Mess. A tiny space, with a long room housing 3 tables that could seat 4 in each, a small kitchen and 2 wet grinders busy churning out dough for Dosa, and Adai. Kumar anna, the man who owned the place was there cooking, serving, chatting, and collecting money [ he said – people who come there eat and give money and go, there are no fancy equipments, or a man behind the bill counter here, and this is how its been forever] We were among the last few to eat, and i enjoyed the Urulaikizhangu bonda and half an adai along with a sip of the coffee. Was good. In all we were 20 of us and the bill came to Rs800, a mere Rs40 per pax. And the food is better than what we get at the big restaurants. 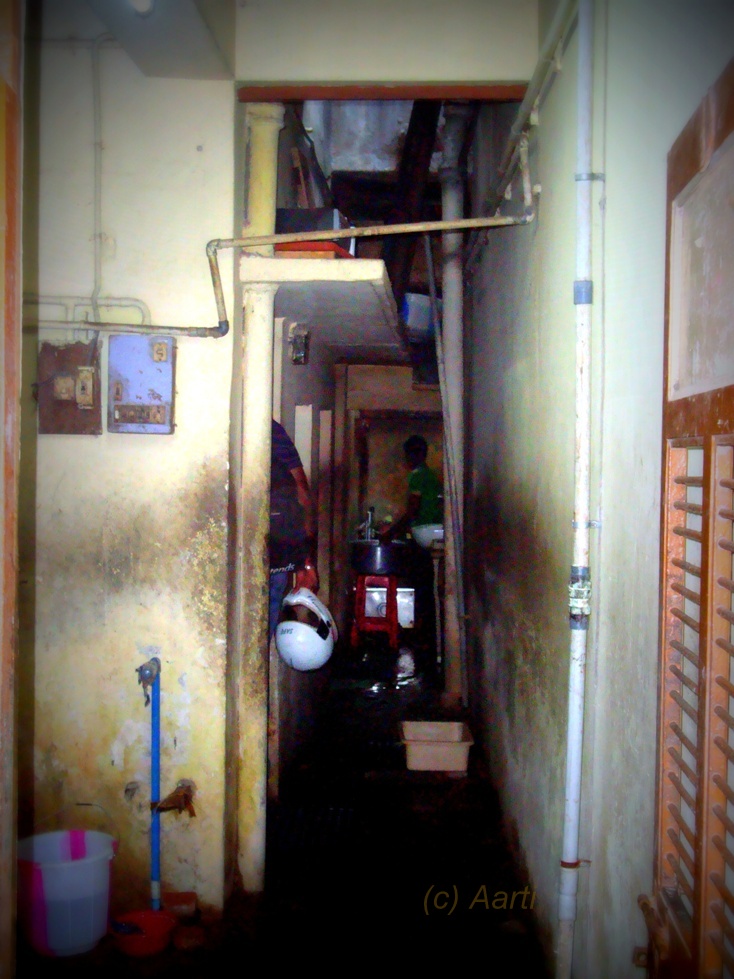 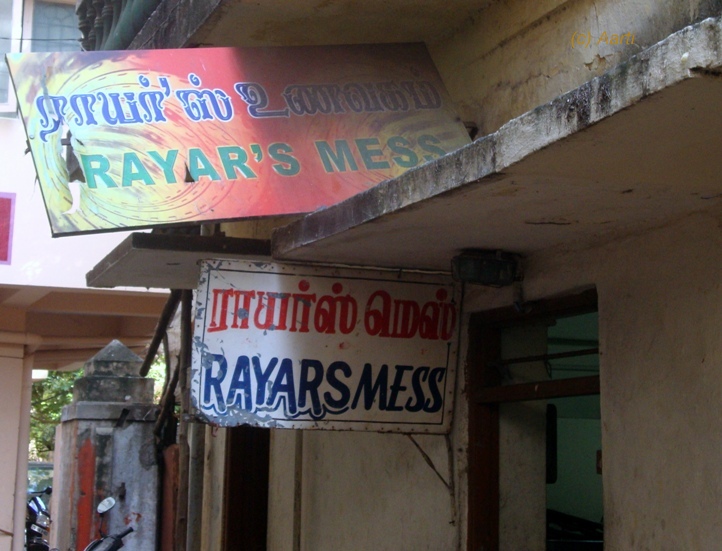 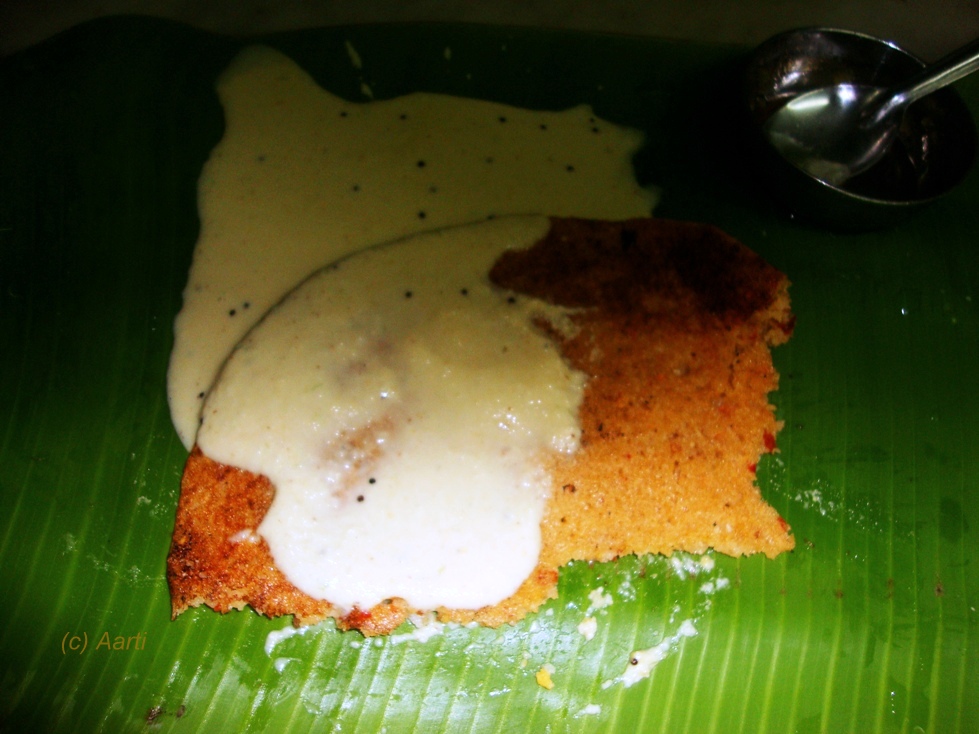 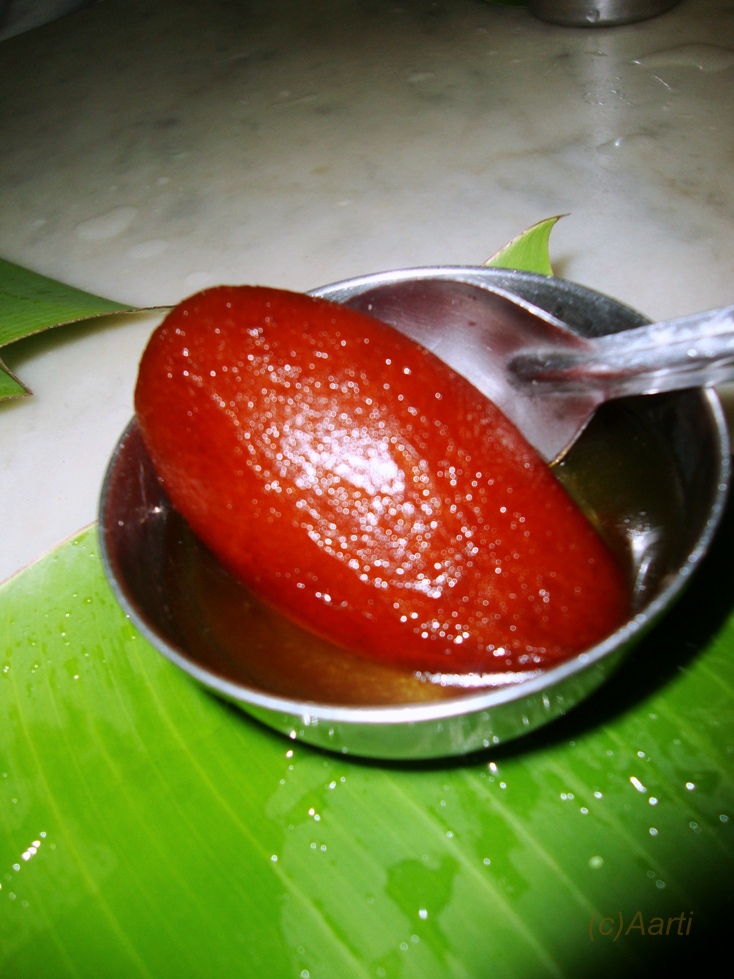 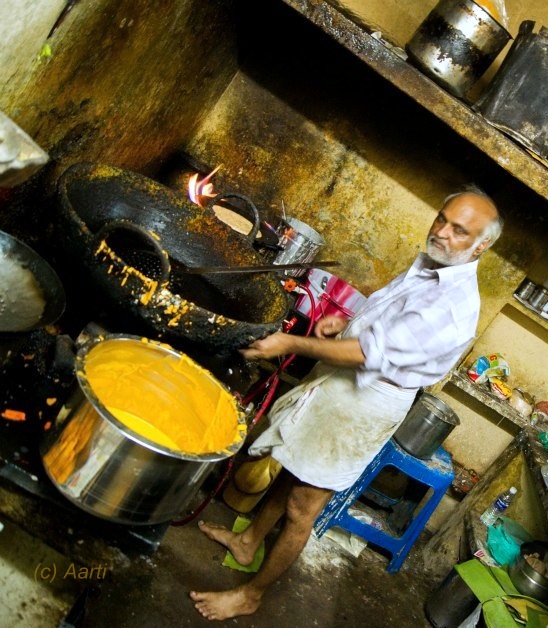 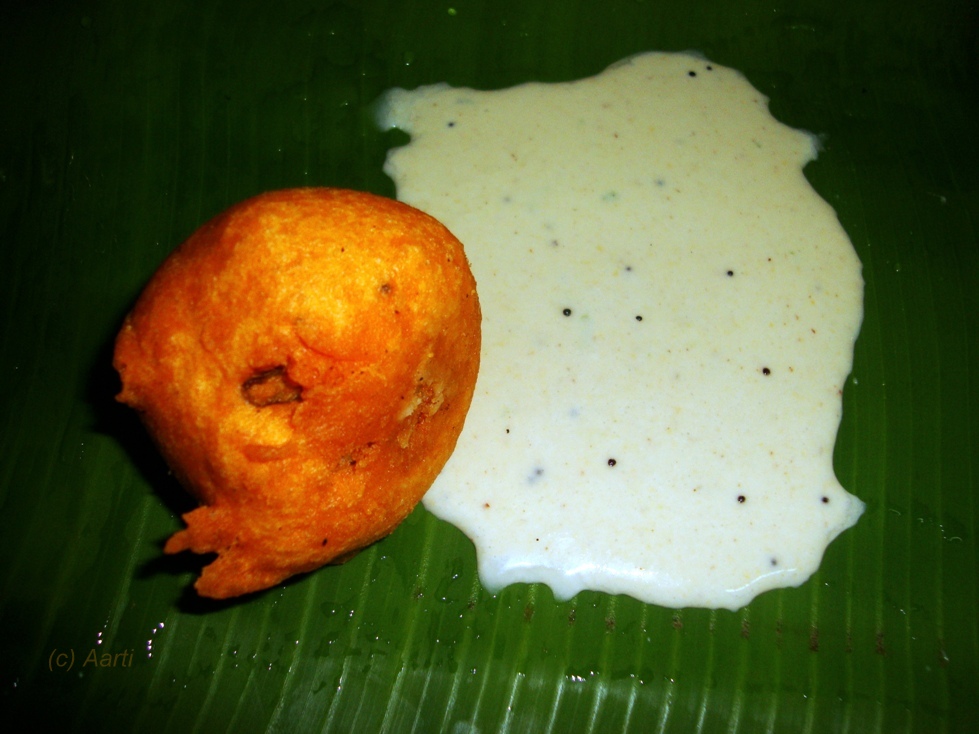 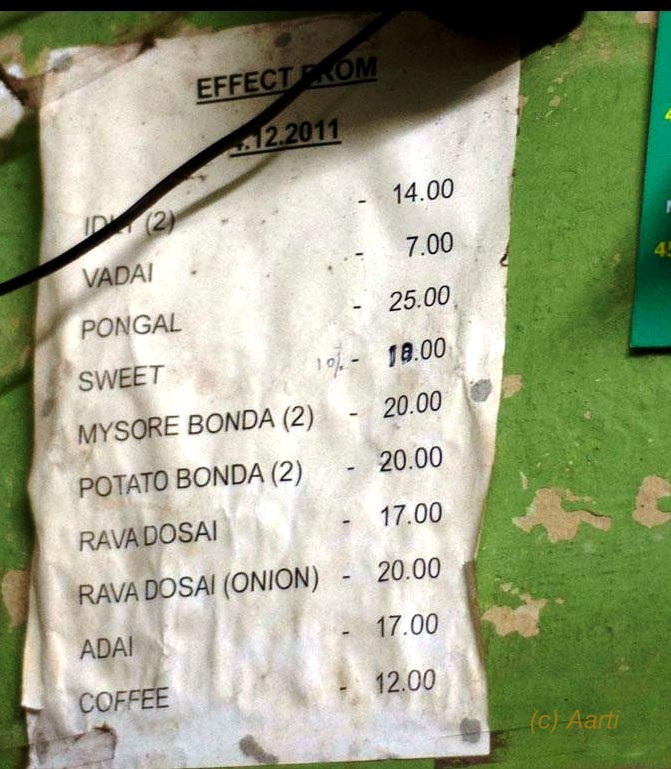 In mornings, Rayar mess is jam packed with breakfasters, serving up Idlis by the dozen, while afternoons they served-

We met an elderly couple there, the aunty mentioned they were out shopping and thought they might get hungry and came to Rayar. She also added that the standard of food has gone down since they moved here. Was curious about us, asked how we came to know of these places and enquired about where else we were headed.. I was damn kicked about hearing their stories of years gone by and how the city has changed….. everytime i hear the tales, my love for the city increases… 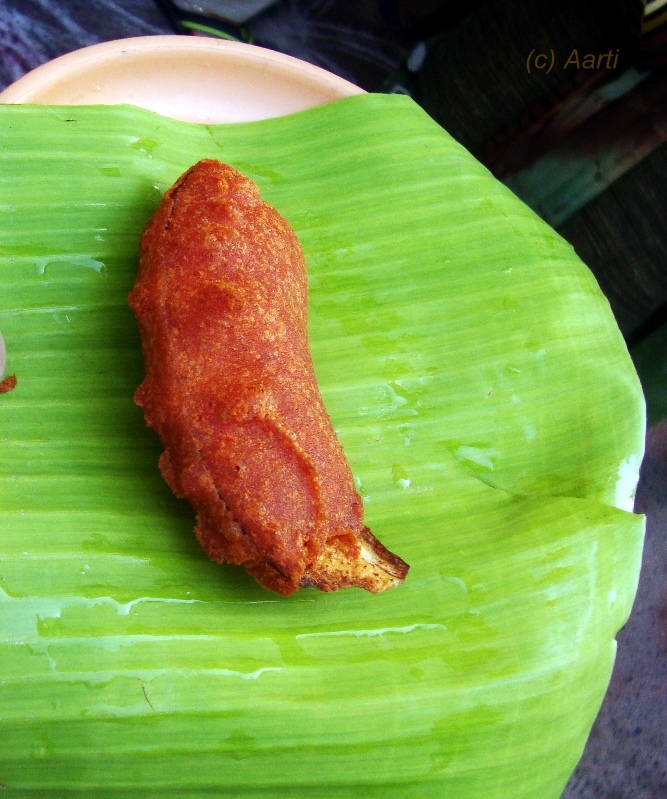 It was time to move on, and the final stop for the evening was Maami’s mess [Pichu Pillai Street, Off East Mada Street], on the street across from Kalathi/Karpagambal mess.. The lane was filled with gypsy women showing off their beads and jewellery colletion. Apparently they have moved to this street because the one near the temple is packed during the festival season. They had beads of all colours, neck pieces, earrings, bracelets and some even had catapults[ which a friend’s son bought]. They sat there laying out their pieces with small children helping them out, some stood and smiled asking us to take their picture while others hid behind their mothers and peeked at us.

A few steps into the street, and there it was- Maami’s mess, or Mami Tiffin stall as it is called with a fancy Pepsi sign board. The place was also packed to the brim and so we stood outside while a few ventured inside. There was a boy standing next to me calling out to his father in the apartment above. Picked up a conversation and discovered he was in 5th std in a nearby school and his family owned Mami tiffin stall. He dint want to climb the 3 flights of stairs and was yelling out from here, but in vain. 🙂 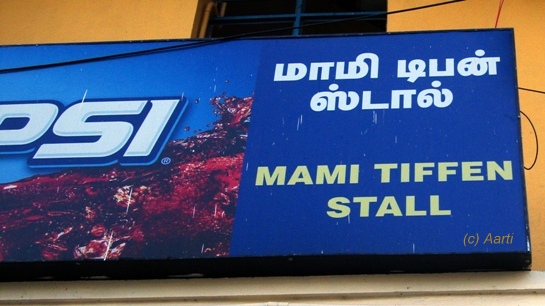 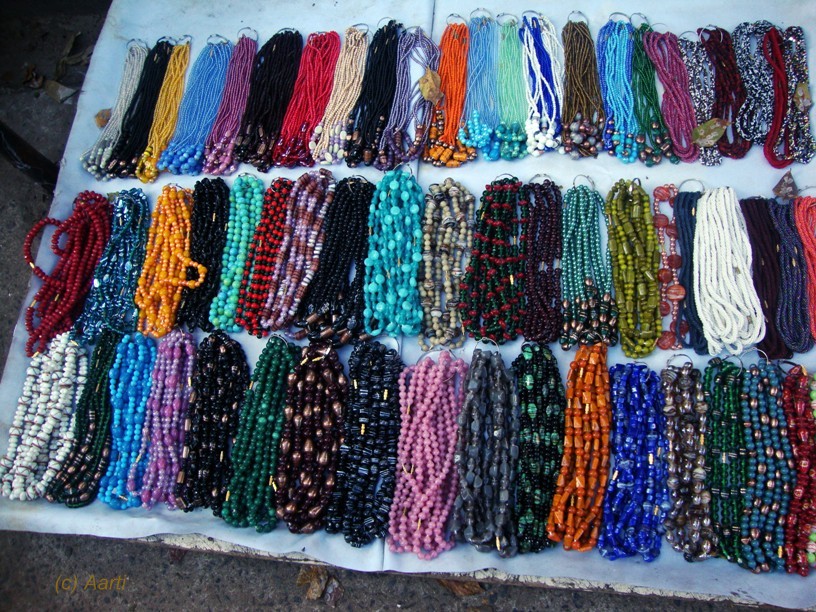 Suddenly i heard my name and noticed S holding a vattai tumbler of hot filter kaapi [coffee] and moved ahead to the group and we began talking about food. Some tried the piping hot Vazhakkai bajji and Molaga bajji, but i gave it a pass as the bonda was still sitting heavy 🙂 A few minutes chit chatting, a group photo and we were all set to move on to the next agenda for the evening. 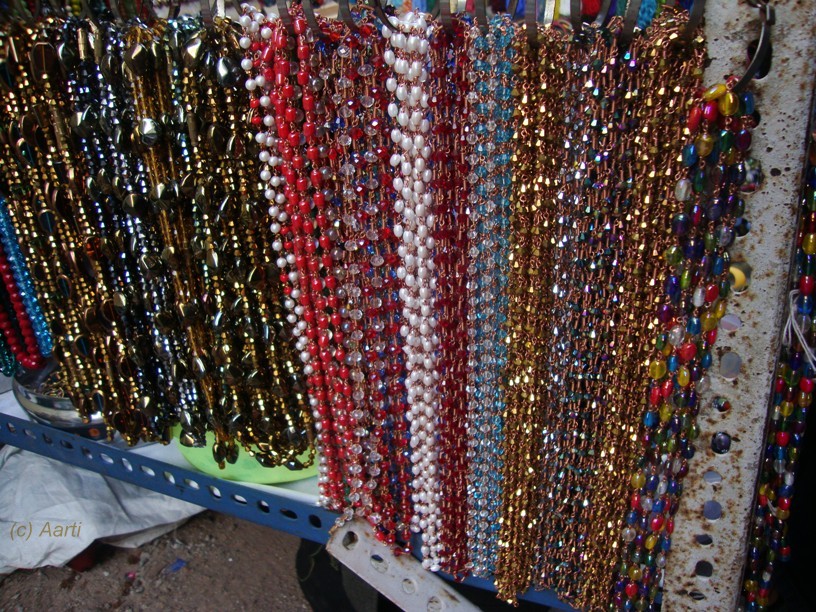 Some bid good bye, while others said they were going to return here to Mylapore for the evening Food Street, where a lane between Karpagambal and Kalathi would be transformed to an Eat Street with stalls laid out. Wow, what fun… next year i shall explore that.

The one place we couldnt make it to was Jannal kadai, near Kapaleeshwar temple.. And remember, during the festival, best is to park your vehicles where you find a spot and walk around, beware of the crowds!!
Off we went looking for the car, excited about the next destination…. The city sure is bustling with activities and things to do..