I couldnt believe myself. I was actually there, a place I had been wanting to visit for quite sometime now. This was such an impulse trip, and I was loving every minute of it. Where was I? I was in the temple town of Kumbakonam, more importantly I was standing at the entrance to the infamous temple complex- “Gangai konda Cholapuram”

A man who was watering the plants came over and asked where I was from and what I was doing there.  When I told him I was from Chennai and here just to explore the place, he was quite fascinated. Said he maintained the temple premises, the garden mainly and had been working there for nearly a decade. Asked if I would like to know more about the place and I happily nodded my head. He guided me around the place, sharing information on the history, the ruler, and the various temples within the premises. 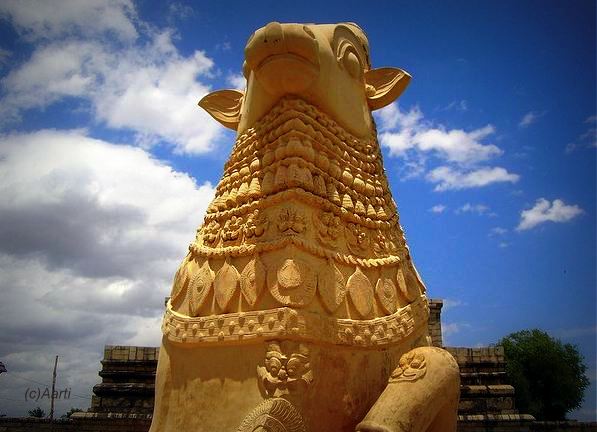 Here is what I learnt,

What was once a city founded by Rajendra Chola is today a rustic village and all that remains is this grandeur [ASI] property. It was founded to commemorate the King’s victorious march to the Ganges.  This was also the capital of Chola empire during the 11th Century CE for almost 250 years from then. Emperor Rajendra wore the title of Gangaikonda Cholan when his army captured the Ganges Plains. That is how the place came to be named Gangaikonda Cholapuram.
It’s from here that the Chola empire expanded reaching great heights. They went on to control South India, Sri Lanka, Malaysia & even parts of Indonesia. It is believed that Rajendra Chola’s army brought water from the River Ganges to Gangikonda Cholapuram, filling up the tanks. 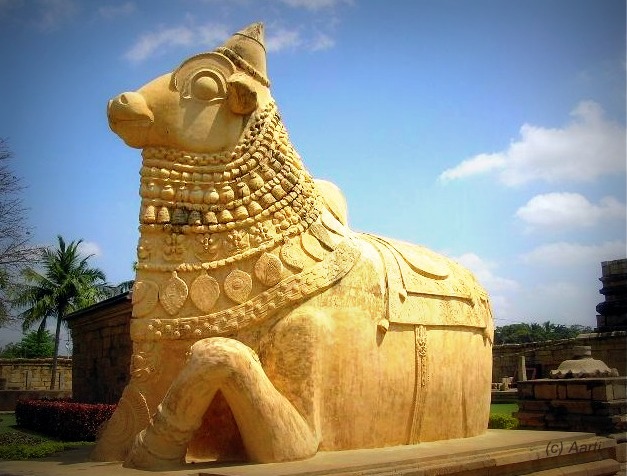 The first thing that catches your eye is the larger than life Nandi (Siva’s Bull) at the entrance of the Maha mandapam. I know that the Nandi stands guard in all such temples, but here it is huge, and then there is a smaller one on the landing above the staircase. The attention to detail, and the intricate carvings on the Nandi are beautiful, you can make our each curve, each bell around its neck and the work on its legs as well.
For more beautiful skies, visit Skywatch Friday