We were in the Blue hills, the Nilgiris and this trip was with my dear darling friend and her family [who are as good as mine]. Since it was my friend’s 1st time in Ooty, we decided to do all the touristy things. One of them was a visit to the Rose gardens[also called Centenary Rose Park], situated on the slopes of the Elk Hill in Vijayanagaram area. Luring the kids with a promise of a park, we piled into the car and drove down to the place. Upon parking the car, I ran ahead with the kids only to stop stumped. The Rose gardens seemed never ending. My friend’s son and I tried to see far ahead and all we saw was mist and a hill hiding behind the sheet. Wow… We wondered how large the garden was and if we would be able to explore the entire space. The other interesting thing about this place is that the tiles you walk on have rose image engraved on them. 🙂 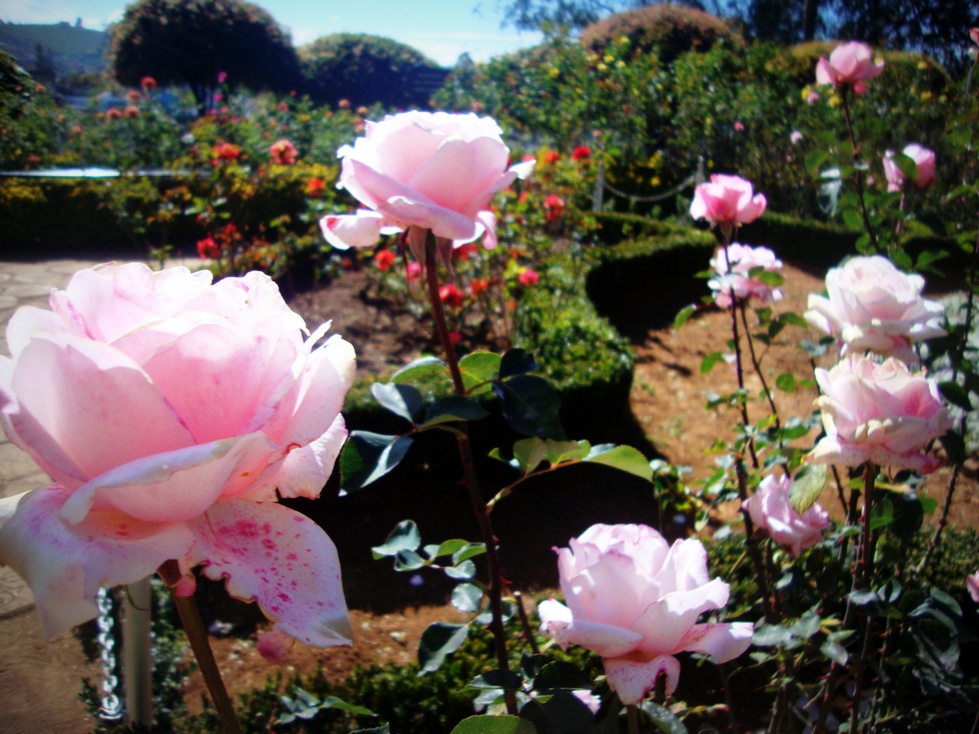 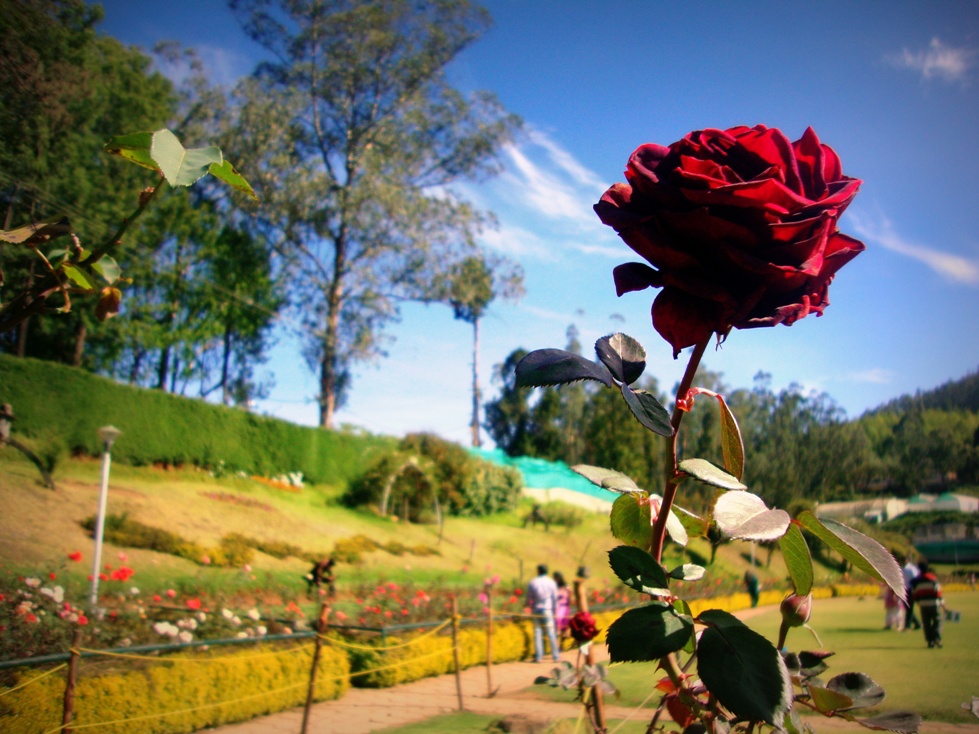 Jumping down the staircase one at a time, we kept pointing out to the largest rose in the garden. He would point to one, and I would rush over to see it; pretty soon his sister would point to one and we would tumble across. This went on till my friend and her hubby joined us and knocked some sense into our heads [atleast we let them think they did..] My friend had knee pain, and could not walk long. We asked them to rest in the gazebo while the brat and moi went ahead. The girlie wanted to join, but I knew both would be more than  a handful. I made a pact, 2 rounds with her brother and then it would be her turn to walk with me. 🙂

The roses we saw were beautiful, some were huge, bigger than my palm [yes, I have big hands]. It was such a burst of colour- pale pink, bright pink, white, red, burgundy, yellow, orange, peach, orange and red, yellow and red, the colours were just amazing. Some were small, some were large, some with pretty petals while others had small petals. Some stood tall, while others seemed to be searching for something on the ground below. 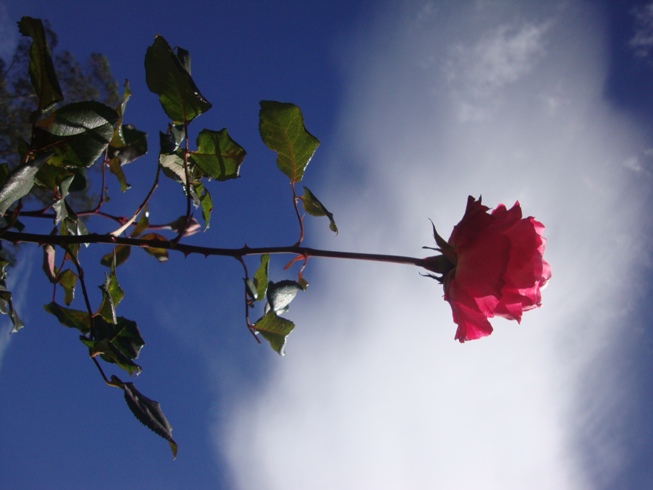 The skies were clear and blue, the roses such a stark contrast to the soothing skies, as if they were telling the visitors “this is how life is, good and bad, bright and dull, learn to accept & move on”… 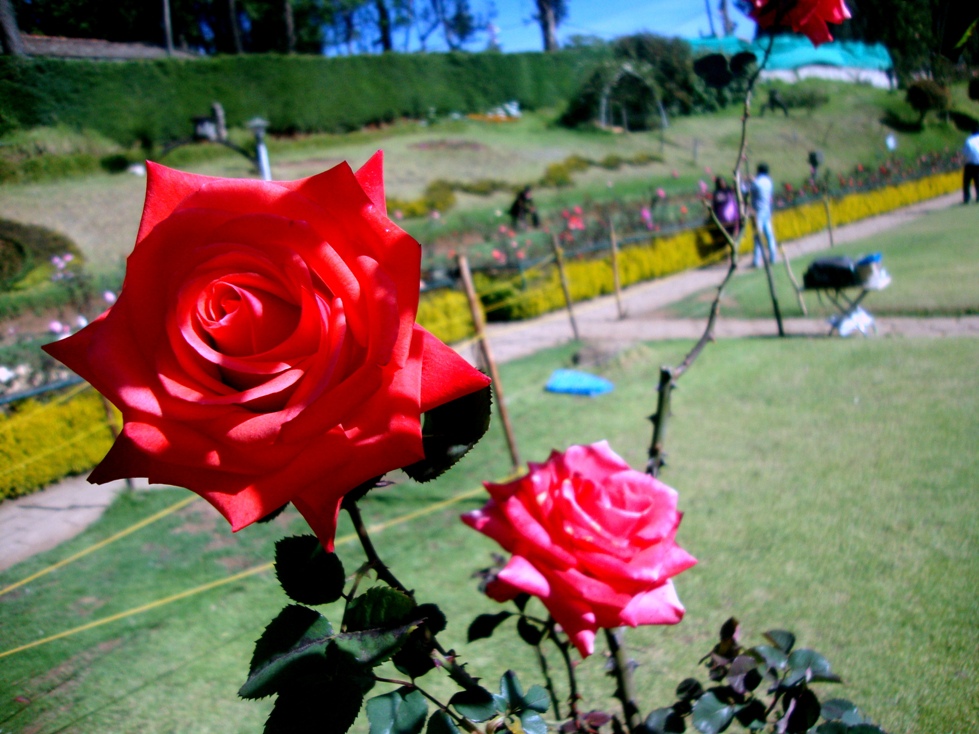 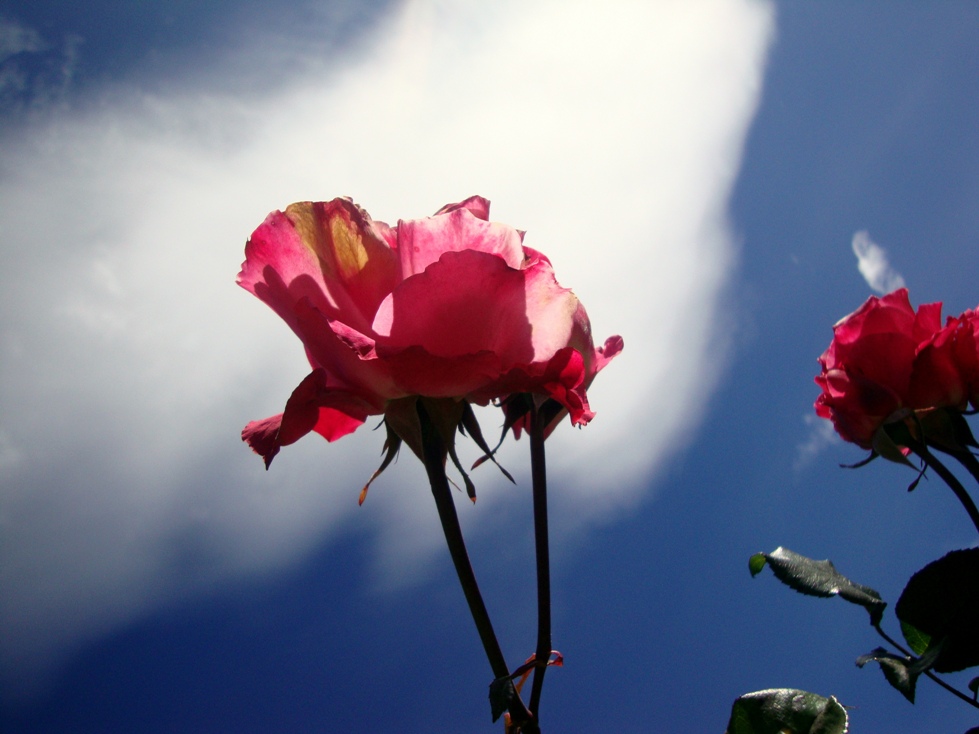 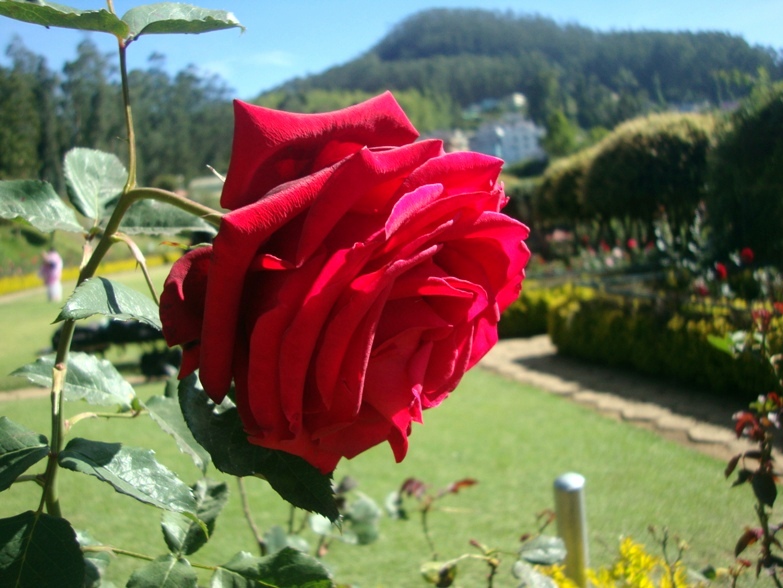 Phew, not sure how long we were there, but we were exhausted and had managed to see about 3/4th of the place. Would need a day, but we dint have that kind of time. Suddenly, I heard my name being called out. It was time to scoot, we headed out but not before taking a few group photographs.
PS: This garden has received the as “Garden of Excellence” by the World Federation of Rose Societies (WFRS) in 2006.. There are only 4 other gardens to have received this award.


For more beautiful skies, visit skywatch Friday. Am also submitting this for Flower Friday, the theme set by Chennai Bloggers Club for today!