Imagine walking into a room and the aroma of cinnamon, cloves, cardamon and ginger hits you, leaving you in a whirl of flavours? That would be heaven or hell, depends on what you like or not. I remember feeling this when we walked into one of thestores in the  spice market in Kochi.
So, when you tell someone “time to visit the Spice Jar“, you invariably end up imagining the above mentioned scene unfold. I walked into Residency, GN Chetty road with this in mind. But then I saw a huge restaurant, with glass walls and a row of huge glass jars filled with different spices high up above the buffet counters.  I was here a few days ago, after a late night movie for a cup of coffee. And today I was here to try their Lunch Buffet. First order of the day was to get myself a glass of Fresh Lime Soda Salt [in fact this has become my favorite drink, and I don’t mind having a glass of this very now and then].  Once we had settled down, spent a few minutes catching up on our lives, work, and sundry. Looked around to see a large crowd in the table nearby, also managed to catch a words here & there [sounded like someone was celebrating their birthday, pretty soon the entire crowd had piled around the lady and were giving out gifts, gushing wishes and yakking away]
We made a beeline towards the Buffet to check out the spread, and soon grabbed a plate each and took a sampler of sorts- bread, salads, the veg kebab and sipped on the soup served on the table. Mine was a clear veg soup with a few pieces of colour zucchini in it [was very bland]. The non veg soup looked spicy [ almost like the hot & sour]. I wish they had a similar soup for veggies.. The kebab was good and so were the salads and breads. Quite a few rolls to choose from- brown bread, herbed rolls, white bread slices and few others as well. I also tried the corn & spinach bake which was simple and good. I make this at home with variations [mushrooms, paneer, etc]. 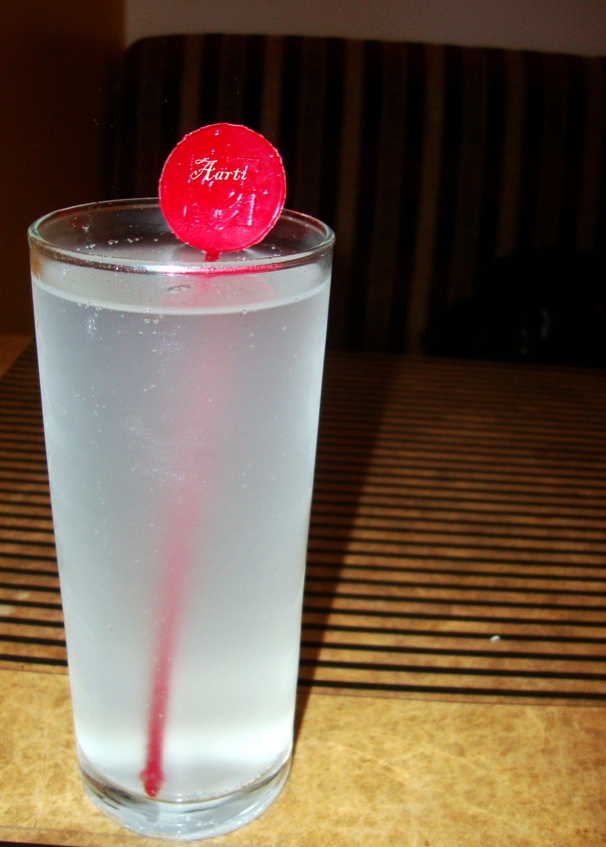 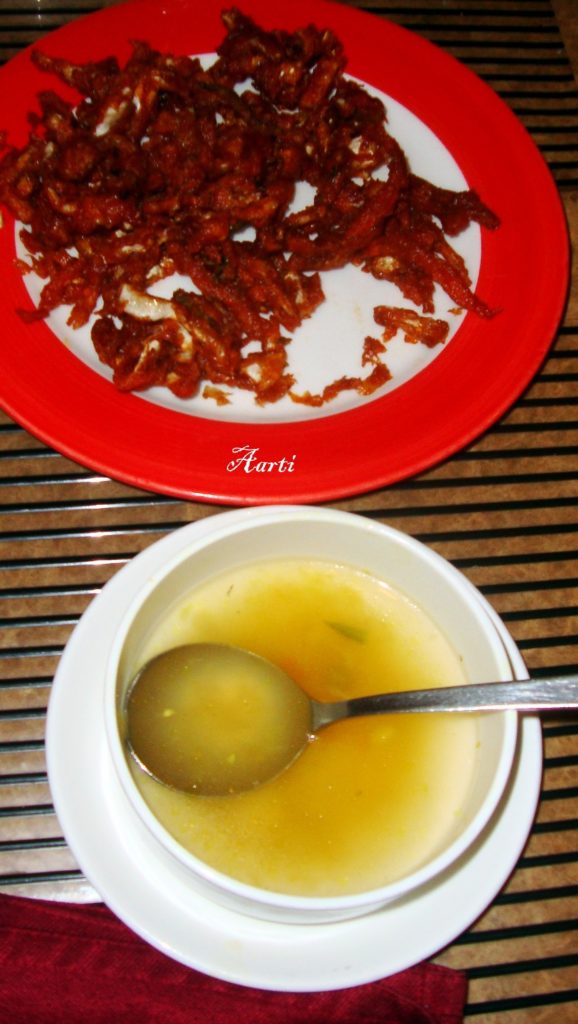 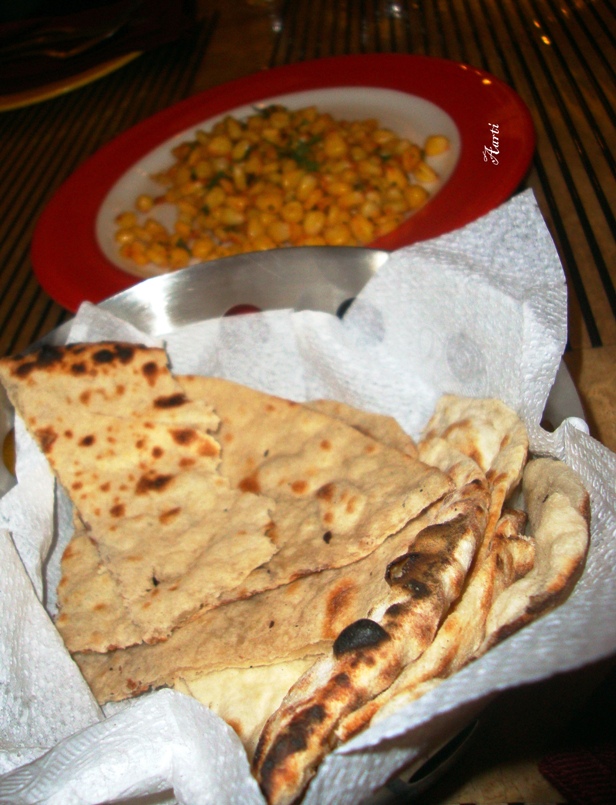 The place had a constant flow of people, which is always a good sign for a restaurant. I remember visiting Chin Chin, the chinese restaurant on Women’s day and enjoying the lunch spread there. Suddenly, breaking into my thoughts I heard Mr Madhu introduce the Chef  [Bengali] who chit chatted for a bit about his favorites, the dishes he is in charge of and places he has worked before.
While we were trying to order another drink, the staff mentioned there was nannari sharbat available in the buffet. Instantly, we all walked over to the table with 4-5 jugs, and tasted the nannari juice. Yumm! Alas, they dint have too much, so some of us got nannari, while others took roohafza. There was also buttermilk which I liked [ no ginger no coriander.. yayy] 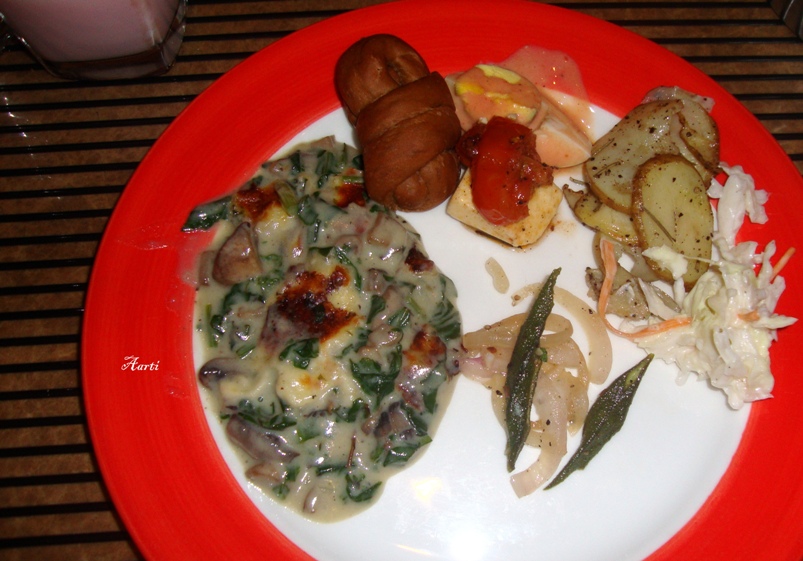 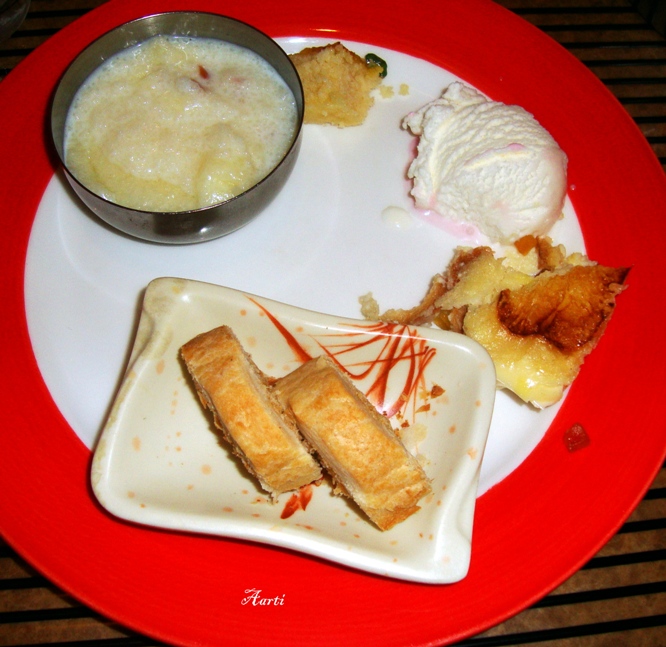 The highlight of the buffet is there were as many if not more number of Veg dishes as Non Veg. I enjoyed the garlic noodles and Red thai curry the most. Skipped the Indian dishes and went straight for the desserts. There was a payasam of sorts, a bread pudding, coconut strudel, and plain ice cream [2 flavours- Vanilla and Strawberry]… The chef brought a Caramel custard since the one in the dessert section was nearly over. It was just again lacking in flavour, but atleast did not have an overpowering eggy taste. 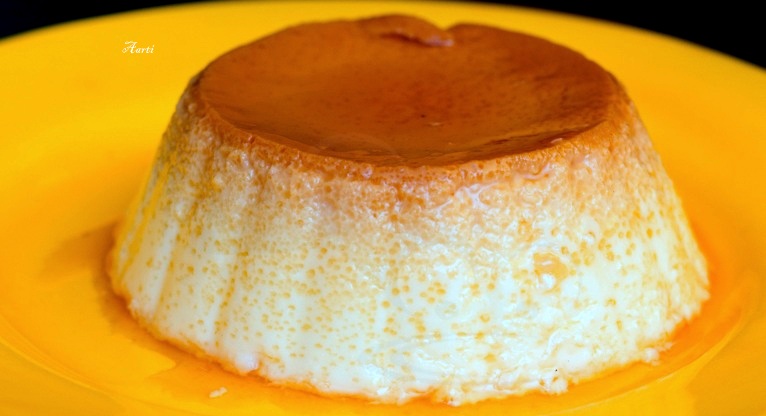 Overall, the food was alright, nothing over the top, but then it is value for money.