The four of us decided to do a holiday a year, and the destination for this year was Kerala. The place was finalised, resort was booked, and train tickets were on their way. We were headed to Allepey. After spending 2 days soaking in the sun and enjoying a long relaxing houseboat ride, we decided to head out and explore the town around. We hailed a cab and the first stop was going to be at Krishnapuram Palace in Kayamkulam, 47 km from Alappey.. 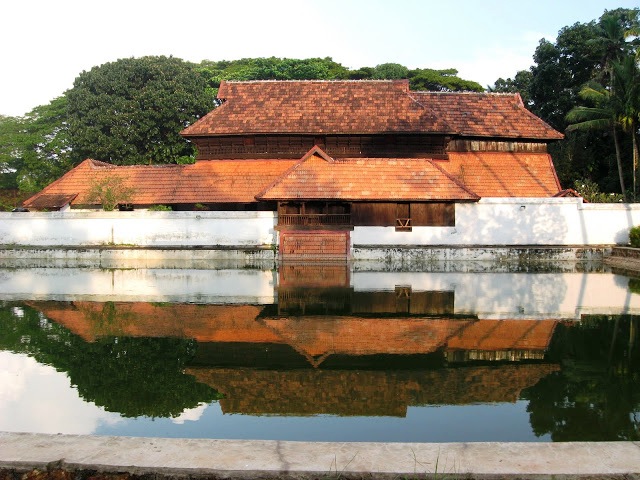 This palace is said to be a replica of the Padmanabapuram palace, Trivandrum. Situated in Kayamkulam near Allepey, we were told this palace was built in the 18th century by Anizham Thirunal Marthanda Varma  of the Travancore kingdom. The architecture is typical of Kerala, the gabled roof, narrow corridors, rows of windows and nearly all rooms are interconnected.  There is also a temple nearby, the Krishnaswamy Temple at Krishnapuram where the King used to go say his daily prayers and where special festivals were celebrated.  It was built quite small, and later expansions were done by Ayyappan Mathsnada Pillai. 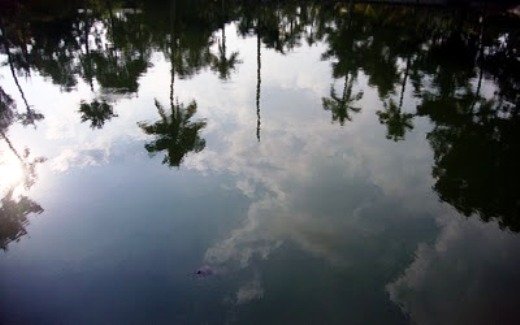 What we see today is a three storied structure within the complex, which is after the renovations done  in the 1950s by the Archaeological Department of Kerala. As we wandered the vast palace, we were in awe of the small windows, narrow corridors and how natural light streamed in from every corner. There was also a spot where a few steps led to a door, which we learnt was to the pond and held an underground escape route to the outside roads. 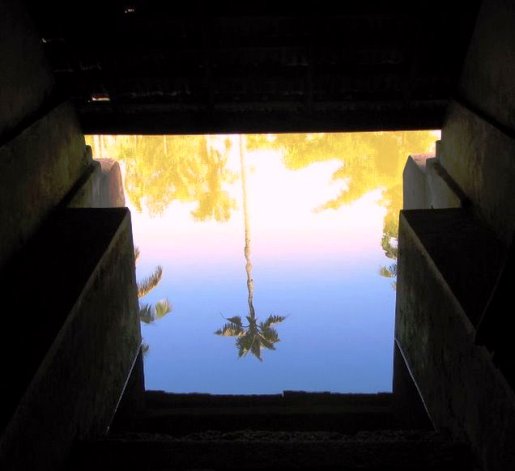 There are quite a few art pieces adorning the walls, the one that caught our eye was the  mural painting titled “Gajendra Moksham” . It is 154 square feet in size, the largest of such a kind in Kerala. There was also a double edged Kayamkulam Vaal (sword) on display within the palace museum. here.  Through one particular window we got a full view of the pond outside where I spotted a lone turtle happily swimming around. The beauty of the palace was the cool temperature across the rooms and levels. The underground pond is said to have provided natural air conditioning to the place. 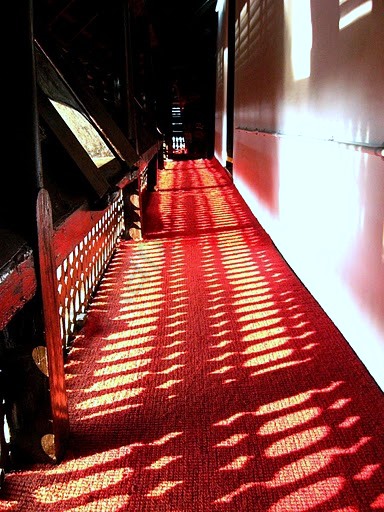 The man in charge told us that during Onam the place was known to come alive with festivities, feast and the Royal family filling all the rooms. As we made our way out, we stopped to admire the neatly manicured gardens and the giant buddha sitting under a canopy and wondered what the story behind this statue was.
If you are visiting this part of Kerala, you should consider staying at Club Mahindra’s Property in Munnar, which is just about 3 hours away.
This post was featured on Club Mahindra’s blog recently!